MBC’s “Kairos” has shared a glimpse of episode 3!

“Kairos” is a “time-crossing fantasy thriller” about the interconnected fates of Kim Seo Jin (Shin Sung Rok), a man who falls into despair after his daughter is kidnapped, and Han Ae Ri (Lee Se Young), a woman who is searching for her missing mother. From Kim Seo Jin’s perspective, Han Ae Ri is living exactly one month in the past -but after the two miraculously communicate from their different times, they set out on a thrilling quest to save their missing loved ones.

Previously in “Kairos,” Kim Seo Jin’ s young daughter was kidnapped, and his wife Kang Hyun Chae (Nam Gyu Ri) jumped into the Han River from the shock. Han Ae Ri was swindled out of the money she was saving up for her mother’s surgery, and she was devastated when her mother even went missing. Kim Seo Jin and Han Ae Ri somehow became able to talk to each other through their phones, and they figured out that their times only overlap for exactly one minute at 10:33. With this information, they begin their first steps of working together. Meanwhile, Kim Jin Ho (Go Kyu Pil) turned himself in as the culprit behind the kidnapping.

New stills show the two protagonists’ facial expressions. Kim Seo Jin looks as anxious as the time he lost his family, making viewers wonder what kind of tragedy he is faced with this time and why he’s continuing to stand in the rain in the fearful situation. 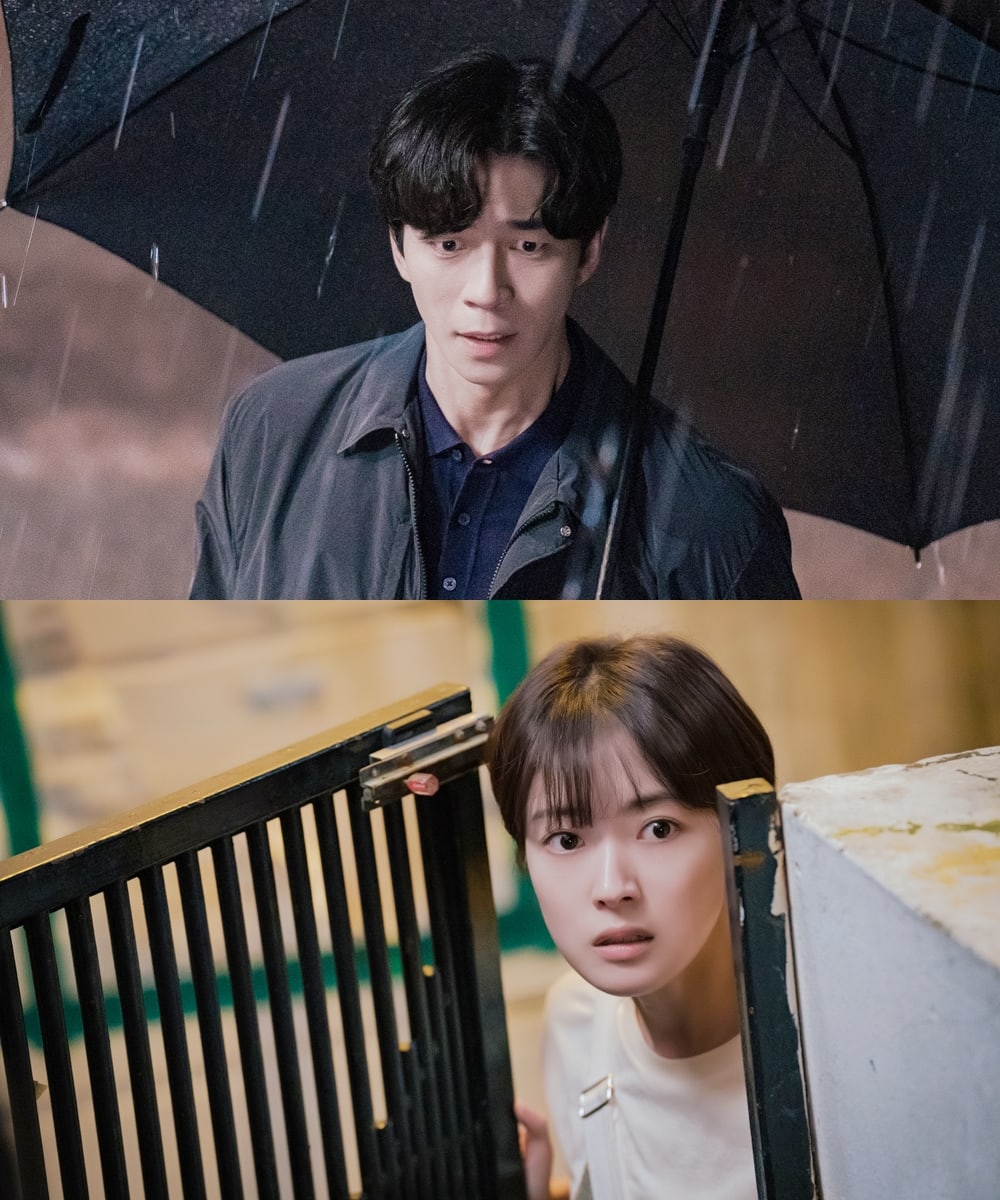 On the other hand, Han Ae Ri is stepping into someone’s house without an umbrella in hand. Though she’s as nervous as could be, she still takes the step forward. This day, the two characters will be visiting the same place like the previous time at the café.