YooA Shares Her Thoughts On Oh My Girl’s Success, Picks Artist Who Impressed Her, And More

Oh My Girl’s YooA recently sat down for an interview and pictorial with GQ Korea!

Having been asked to draw a chicken for the photoshoot, YooA happily obliged. The interviewer commented on her natural reaction to the odd request, to which YooA responded, “I enjoy drawing. When I have something I want to express, I just draw without thinking. A week ago I drew something with crayons.”

YooA went on to explain that she draws countries and places that she imagines, as well as expressing her inner self. “If you worry about what other people think of you, you end up trapped by their expectations,” she said. “When I want to face my true self, I draw. Recently I’ve been drawing a lot of things in nature such as grass or flowers.” 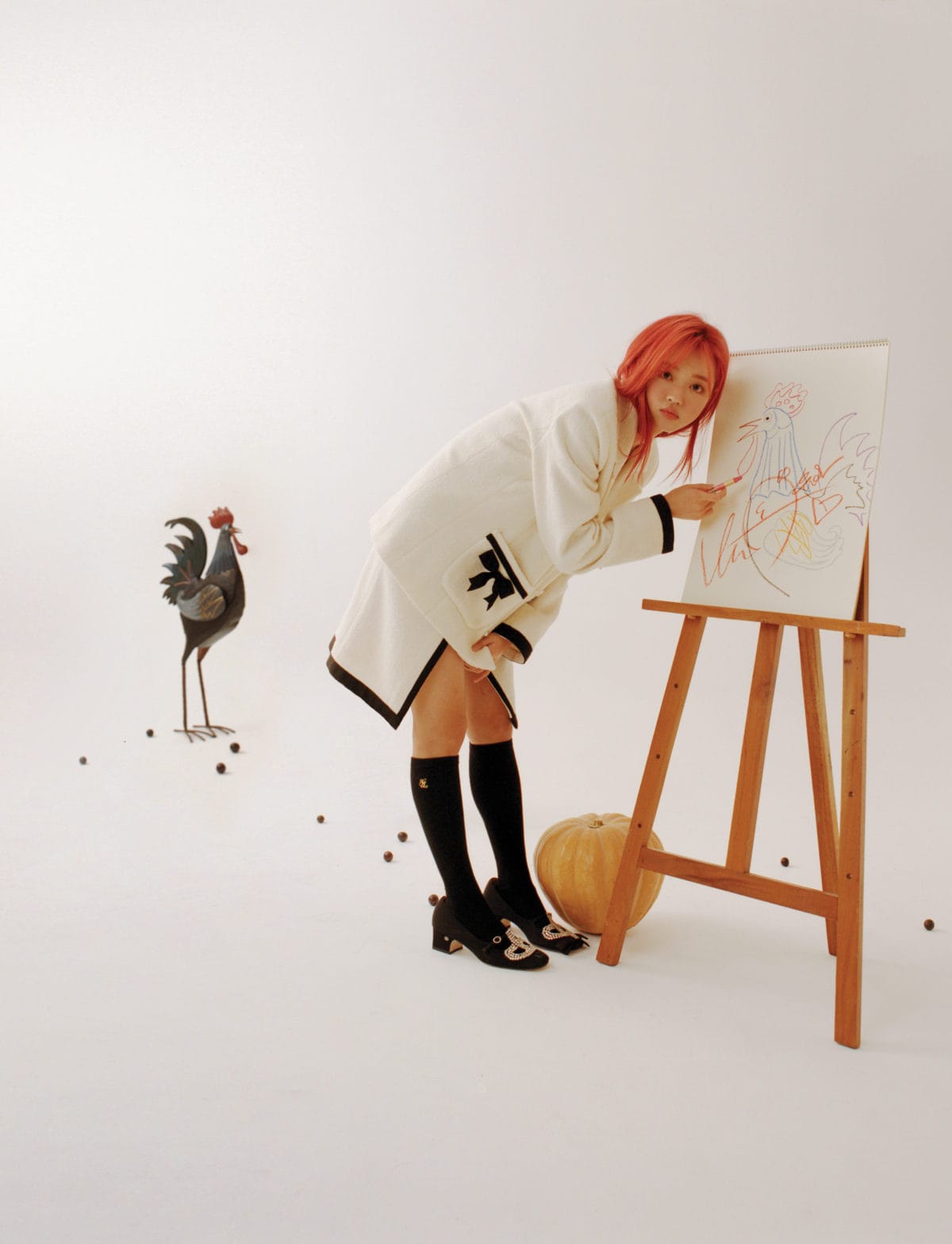 YooA recently made her solo debut with her first mini album “Bon Voyage.” Commenting on her performance, YooA said, “Instead of just giving a beautiful performance, I wanted to create a unique performance that reminded everyone of what they’re forgetting. Although you might have been surprised to see a different side of me, this side of me has existed all along.”

When she first heard the song, YooA said that she imagined a wolf girl who grew up in the forest completely cut off from the world. After imagining the movements and habits of a wild but pure character, YooA did her best to express them through acting. “I even tried living as this wolf girl off stage,” she revealed. “I might have looked like a crazy person. But I didn’t eat grass!” she added with a laugh. 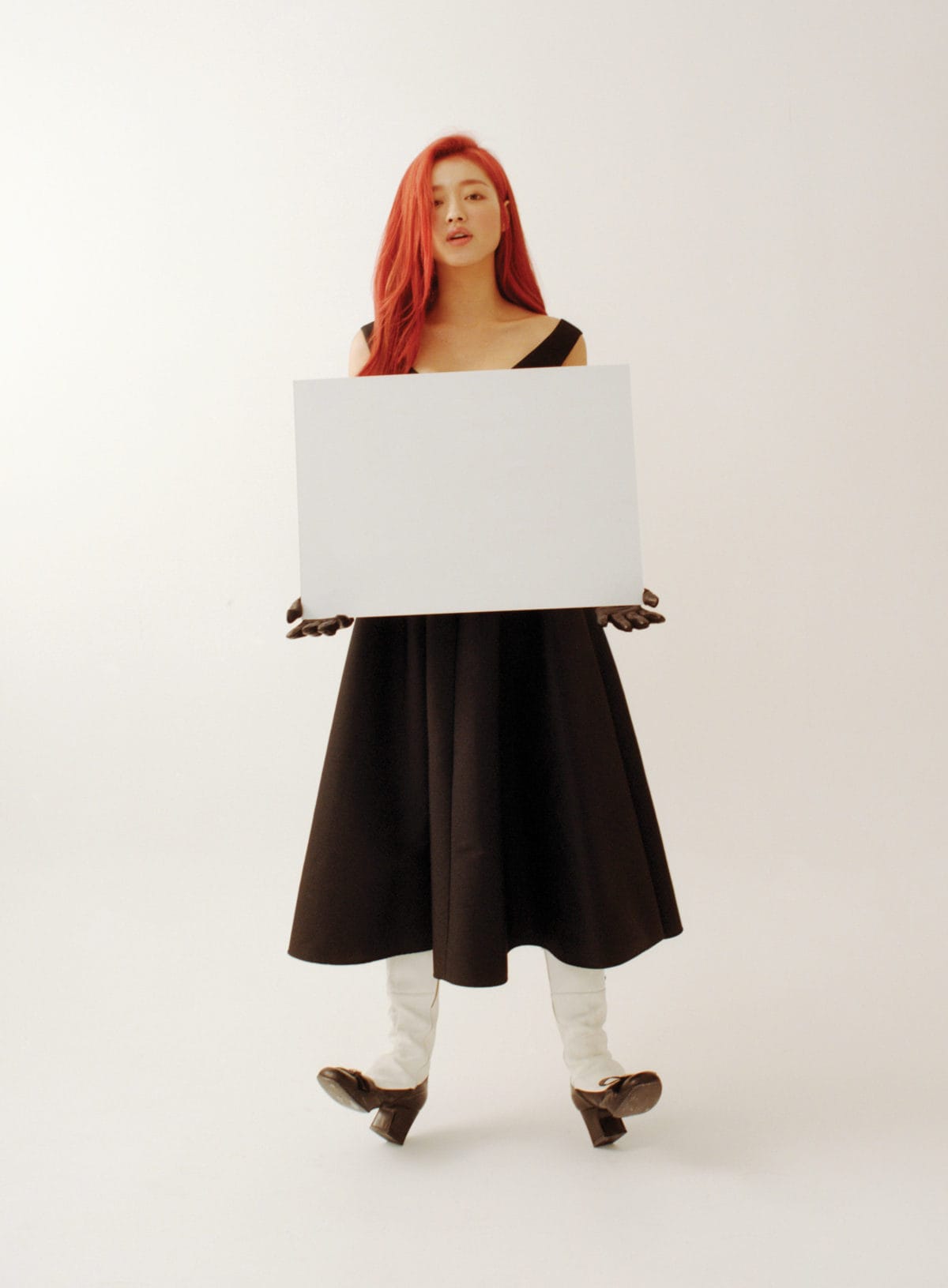 The interviewer commented that people have been moved to tears by her performance and that they have praised her performance as a work of composite art. YooA expressed her desire to break the barriers of K-pop, saying, “I wish the prejudice of K-pop artists having to sing or dance a certain way would disappear. Honestly, I feel afraid saying this since people might see me as someone who is arrogant about their own art.”

She continued, “As a person, I can’t help but experience barriers, so I think I’ve always wanted to escape from them. I didn’t want to be stuck in a barricade that I set up myself. It’s easy to break down walls built by other people, but it’s not as easy to break down your own walls. I want to tear my walls down. I think I have a huge thirst for freedom.”

Dancing is what gave YooA one way to exercise her freedom. She noted that she recently began learning contemporary dance and was happy to be able to freely dance to her own beat. She elaborated, “I expressed the sun through my body and just moved freely. It was a song about the beginning of the world, and it felt very sad. I started in one place and ended in another, but I don’t remember what I did. When I opened my eyes, I was sitting down and crying. I felt like I had completely recovered from my trauma about dancing. I wanted to tell people without fear that although I’m bright and energetic, I also have this completely opposite side of me.” 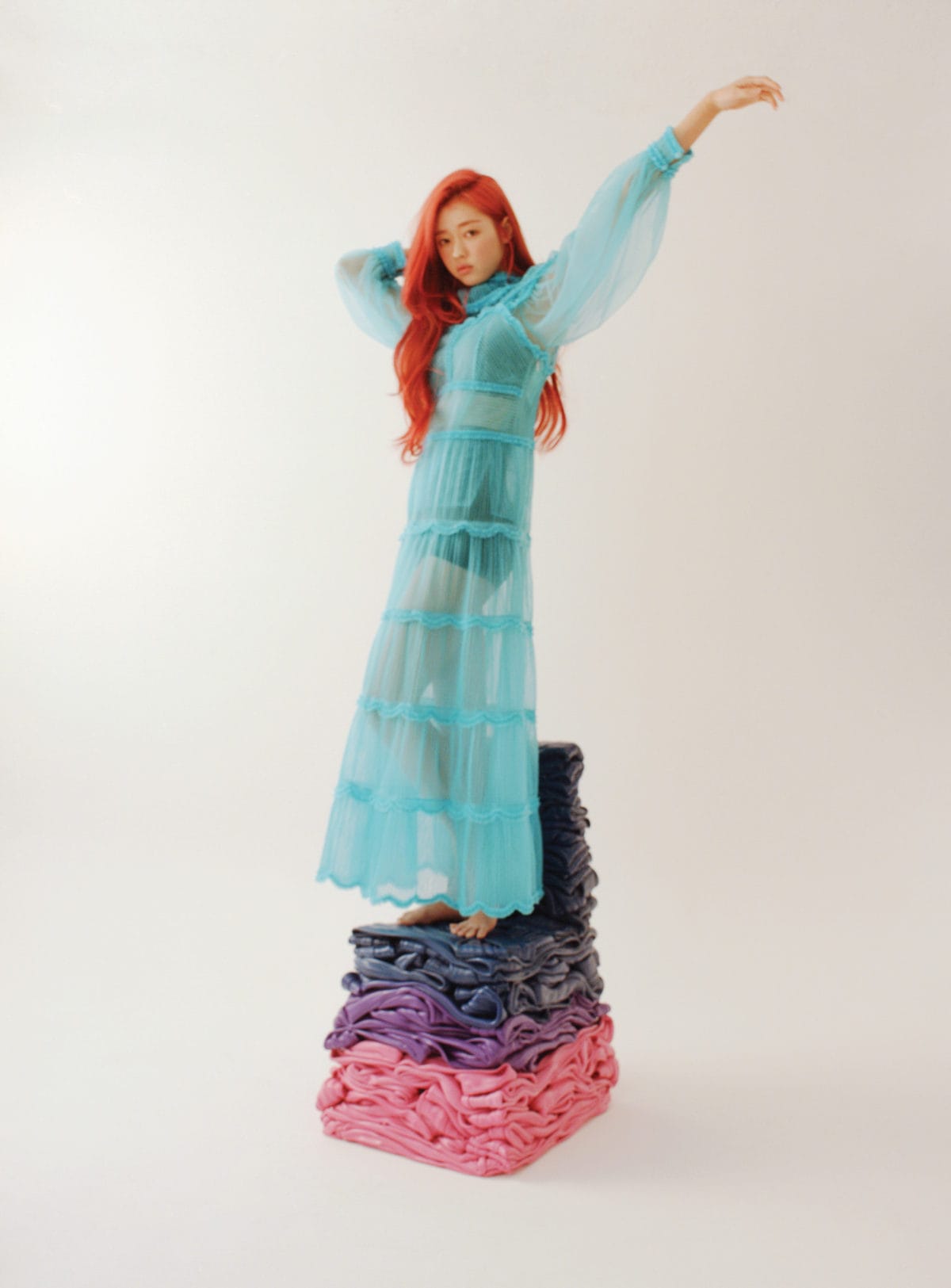 When asked if there were any words or phrases she uses a lot, YooA chose “thank you” and “happiness.” She explained, “I live for happiness, and I work to achieve happiness. I want everyone to be happy. It’s also the reason why I’m a singer.”

YooA came across many other artists during her solo album promotions, but she selected SHINee’s Taemin as the artist who left an impression on her. “I ended up watching his rehearsals and performances often,” she said. “He’s someone who perfectly pulls off the kind of vibe I’m looking for. I feel like I was watching a performance that went above and beyond simple words of praise such as, ‘That’s amazing, good job.’ I even briefly thought about what I would be like if I continued my solo career following in Taemin’s footsteps. What would I be like five years later?” 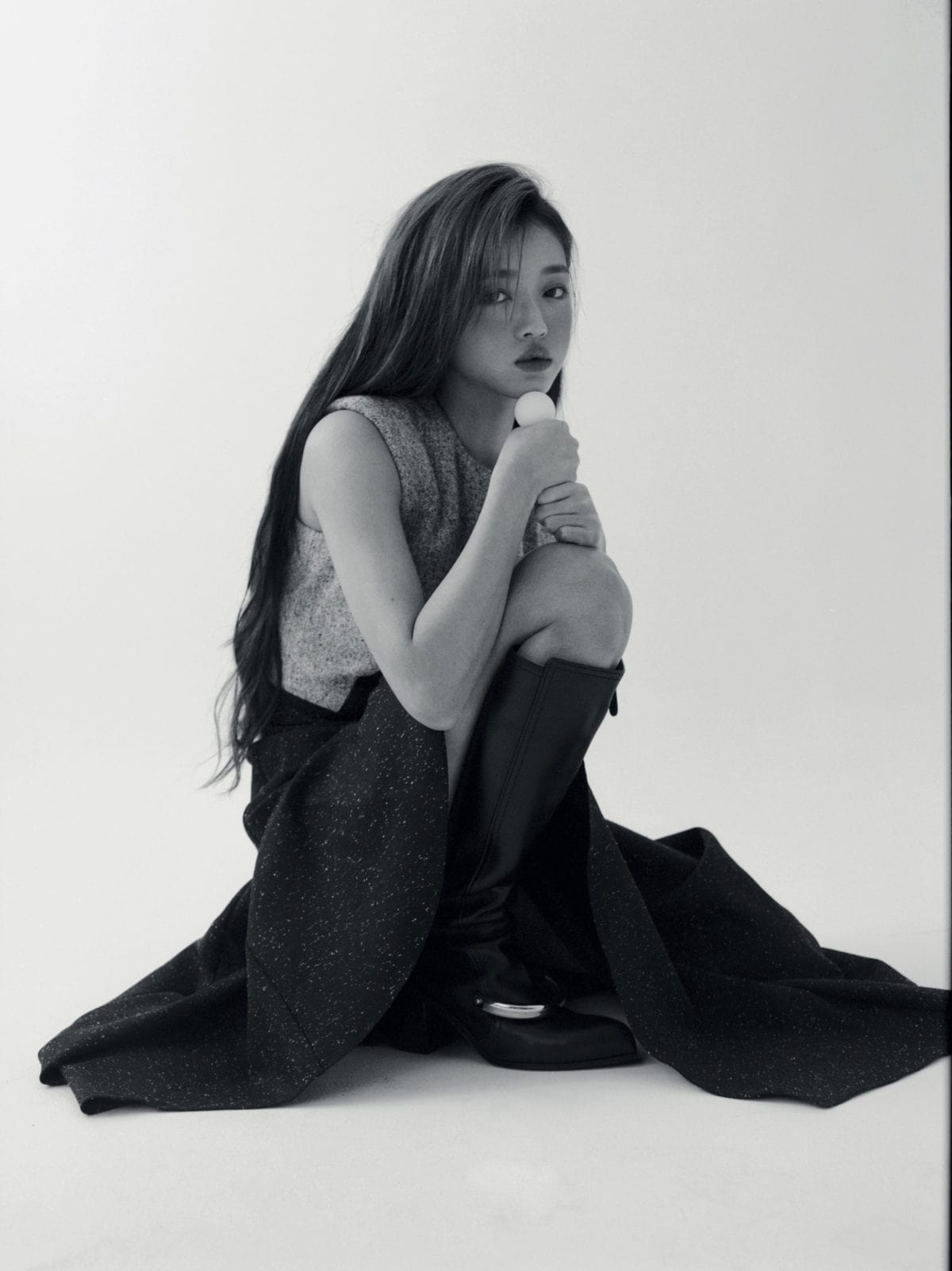 Responding to a question about her group Oh My Girl and their inherent strength, YooA said, “My group is kind of unusual and special. After our appearance on ‘The Manager,’ we get asked a lot if we really act like we did in the show. We’re really like that. We visit each other’s houses, and our daily lives create that teamwork between us. It’s thanks to our teamwork that we’re able to show everyone fresh output. We all grew up while staying true to ourselves.”

The interview wrapped up with the question, “If Oh My Girl had a documentary, what would the title be?” YooA said she thought of the title, “The Ugly Ducking.” “The ugly ducking who grew up as a loner since he was different from the rest realized later that he was a beautiful swan,” she commented. “Oh My Girl is like that. Although we thought we were ugly ducklings at first, we became full-fledged swans.”

Oh My Girl
YooA
GQ Korea
How does this article make you feel?