“The Penthouse” is set in a 100-floor luxury penthouse apartment and centers around three women: the “queen” of the penthouse (Lee Ji Ah), the “prima donna” who will stop at nothing to get what she wants (Kim So Yeon), and the “woman” who will do anything it takes to get into the world of high society (Eugene).

Eugene’s character, Oh Yoon Hee, was an aspiring opera singer who had her dreams cut short early due to a brutal injury to her throat. She led a relentless life in order to ensure that her daughter, Bae Ro Na (Kim Hyun Soo), wouldn’t grow up in poverty like she did. But when Bae Ro Na shows signs of being a talented opera singer, Oh Yoon Hee refuses to let her daughter follow in her footsteps.

Shin Eun Kyung plays Kang Marie, the nouveau riche upstart of Hera Palace (the penthouse apartment), who criticizes those above her but looks down on those below her. She is willing to go as far as steal for her daughter, Yoo Jenny (Jin Ji Hee), especially because her daughter doesn’t have the talent to match her ambition and vanity. 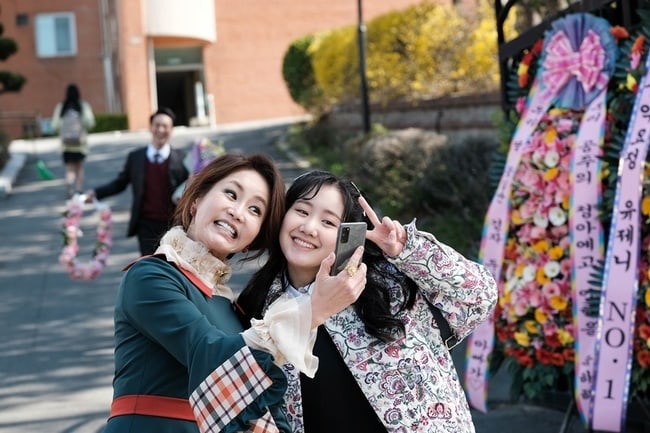 In the new stills, both mother-daughter pairs stand in front of Hwa Young Middle School. Shin Eun Kyung congratulates Jin Ji Hee on making it into the coveted Chung Ah Arts High School with elaborate flower wreaths and a selfie. 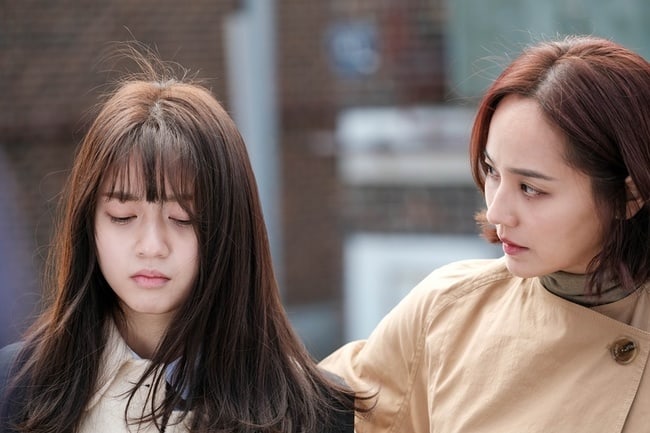 Meanwhile, Kim Hyun Soo is depressed and sullen as Eugene gives her a concerned look. When the two mothers meet without their daughters in front of the school, Shin Eun Kyung looks contemptuous and scornful, while Eugene’s face is hidden from the camera. 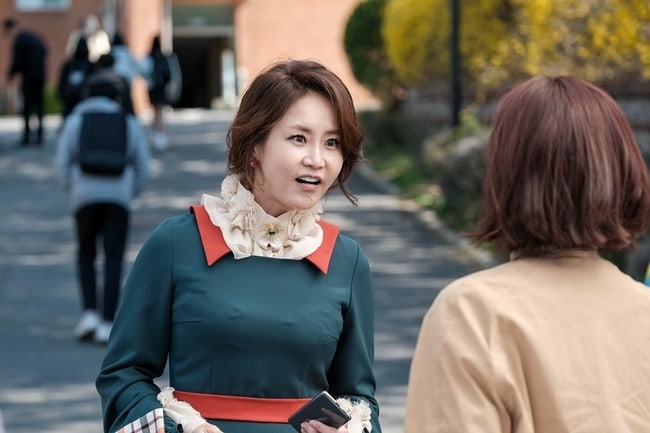 In previous episodes, it was revealed that Yoo Jenny only made it into the school because she had framed Bae Ro Na for bullying, to the point where Bae Ro Na was almost expelled. Even though Yoo Jenny is not as talented as Bae Ro Na, she was the one who got the invite to Chung Ah Arts High School.

Check out “The Penthouse” below!