Based on the webtoon of the same name, “The Uncanny Counter” tells the story of demon-hunting “counters” who disguise themselves as employees of a noodle restaurant to find and defeat demons. The story will cover the battle between evil spirits that come down to Earth for eternal life and counters that are equipped with various abilities like psychometry and healing.

Jo Byeong Gyu will play the role of the elite counter So Moon, and Kim Sejeong will play Do Ha Na, the best human radar among counters who boasts a 100 percent accurate evil spirit detection rate.

In the first poster, the four main leads So Moon, Ga Mo Tak (Yoon Joon Sang), Do Ha Na, and Choo Mae Ok (Yeom Hye Ran) get ready for action as they leave the noodle restaurant in order to take down demons. The scene looks to come straight out of a webtoon, and the text on the poster reads, “Close the noodle restaurant. Let’s go catch demons.”

The four counters also exude charisma with their fierce gazes. With the combination of the unprecedented special counter So Moon, the strongest counter Ga Mo Tak, the human radar counter Do Ha Na, and the only healer Choo Mae Ok, viewers are excited to see what kind of teamwork the four unique individuals will show in the upcoming drama. 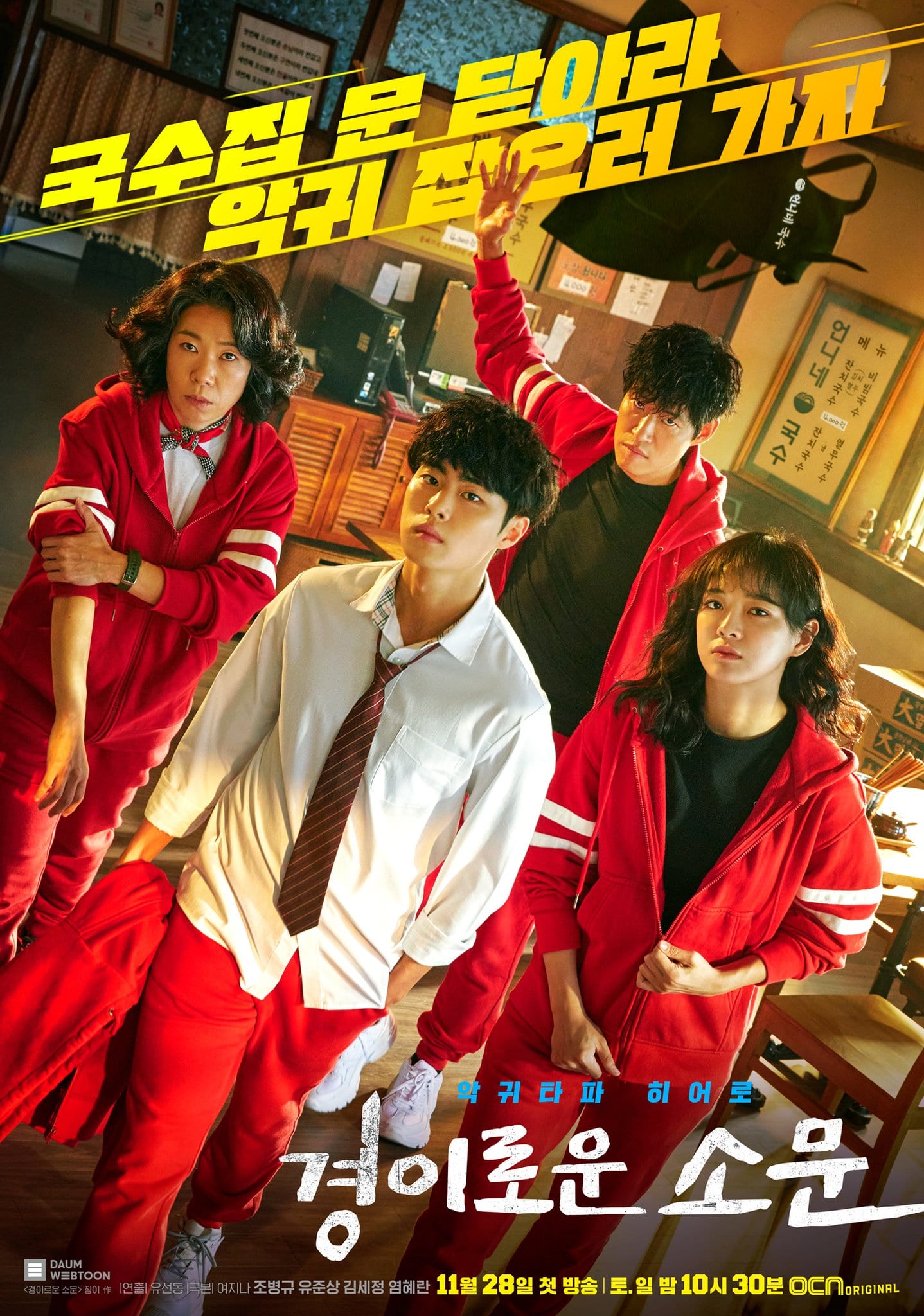 The second poster portrays an interesting twist while highlighting the double lives of the four leads as noodle restaurant employees and demon-fighting counters. The top-half of the poster shows So Moon, Ga Mo Tak, Do Ha Na, and Choo Mae Ok with matching aprons, while the bottom-half depicts them as counters who are jumping up in the sky. 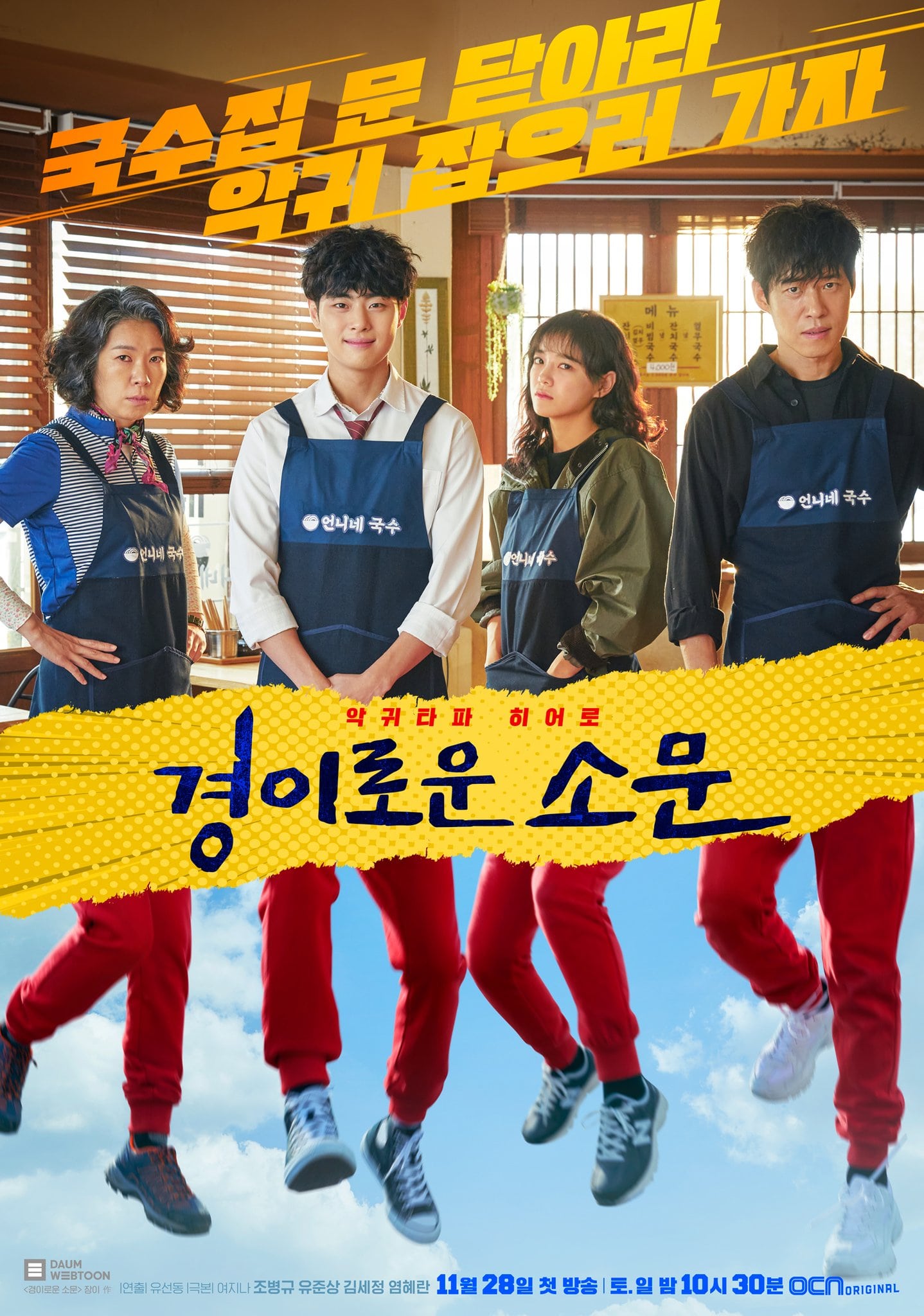 “The Uncanny Counter” is slated to premiere November 28 at 10:30 p.m. KST following the conclusion of OCN’s “Search.” Watch a trailer for the drama here!