The main poster for Jo Yeo Jeong and Go Joon’s new drama has been revealed!

The two transform into the most suspicious couple for “Cheat on Me If You Can,” KBS 2TV’s upcoming Wednesday-Thursday comedy-mystery thriller. Kang Yeo Joo (Jo Yeo Jeong) is a best-selling murder mystery novelist and her husband Han Woo Sung (Go Joon) is a divorce attorney that married her after signing a written promise that states, “If you cheat, you die.” 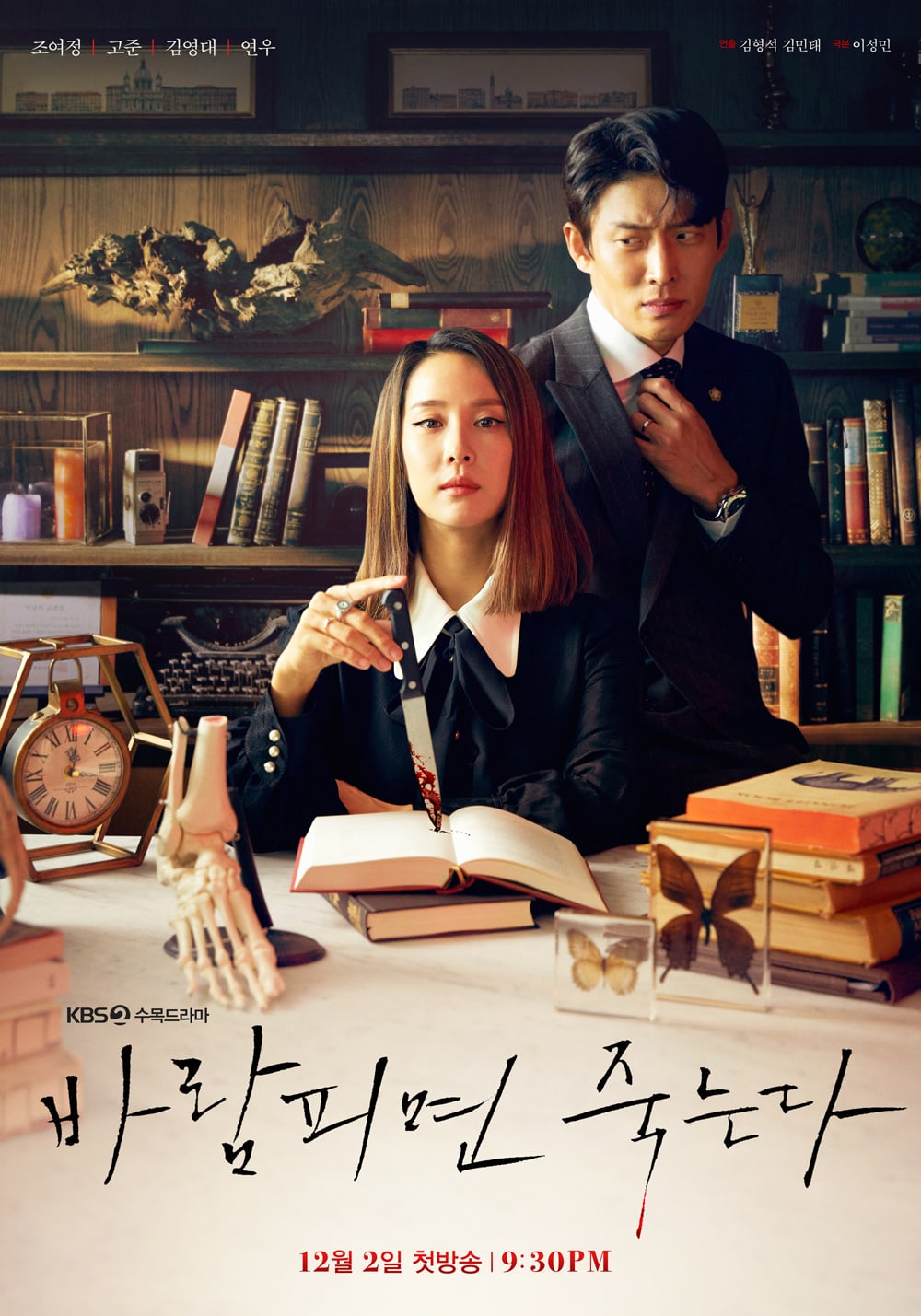 The poster revealed on November 2 gives a glimpse of the couple’s dynamic. Seated in her study, Kang Yeo Joo holds a bloodstained knife and has a stone cold expression. The tension rises as drama fans wonder whose blood is on the knife. Behind her is Han Woo Sung, who trembles in fear and holds on to his necktie as if he feels suffocated.

Despite sharing the same space, the two give off entirely different vibes. How their relationship will progress as the series unravels is a mystery of its own.

The production team of “Cheat on Me If You Can” has stated, “We will show Jo Yeo Jeong and Go Joon’s ‘killer chemistry’ through unpredictable incidents.” They added, “We will present you with fun and thrill with interesting characters and exhilarating events. Please look forward to it.”

“Cheat on Me If You Can” will be produced by director Kim Hyung Suk, who has worked on “My Husband Got a Family” and “My Golden Life.” In addition, the cast lineup includes big names like Kim Young Dae, former MOMOLAND member Yeonwoo, Hong Soo Hyun, and Oh Min Seok.

The first episode of the suspenseful series will air December 2.

In the meantime, check out Jo Yeo Jeong in the thrilling “Woman of 9.9 Billion” here: