MBC’s “Kairos” shared a glimpse of the next episode!

Previously, Han Ae Ri visited the address of Kim Jin Ho (Go Kyu Pil) that Kim Seo Jin had given her and discovered she was the victim of the murder.

On November 3, the drama released new stills that foreshadow danger for Han Ae Ri and Kim Seo Jin. Kim Seo Jin looks flustered in a home covered with mysterious newspapers, and Han Ae Ri is pale with fear as someone drags her by the wrist. The way Kim Jin Ho stares at Han Ae Ri is haunting, and viewers are wondering if Kim Seo Jin will be able to prevent her murder. What exactly did Han Ae Ri witness at Kim Jin Ho’s house, and what was the shocking truth Kim Seo Jin came across? 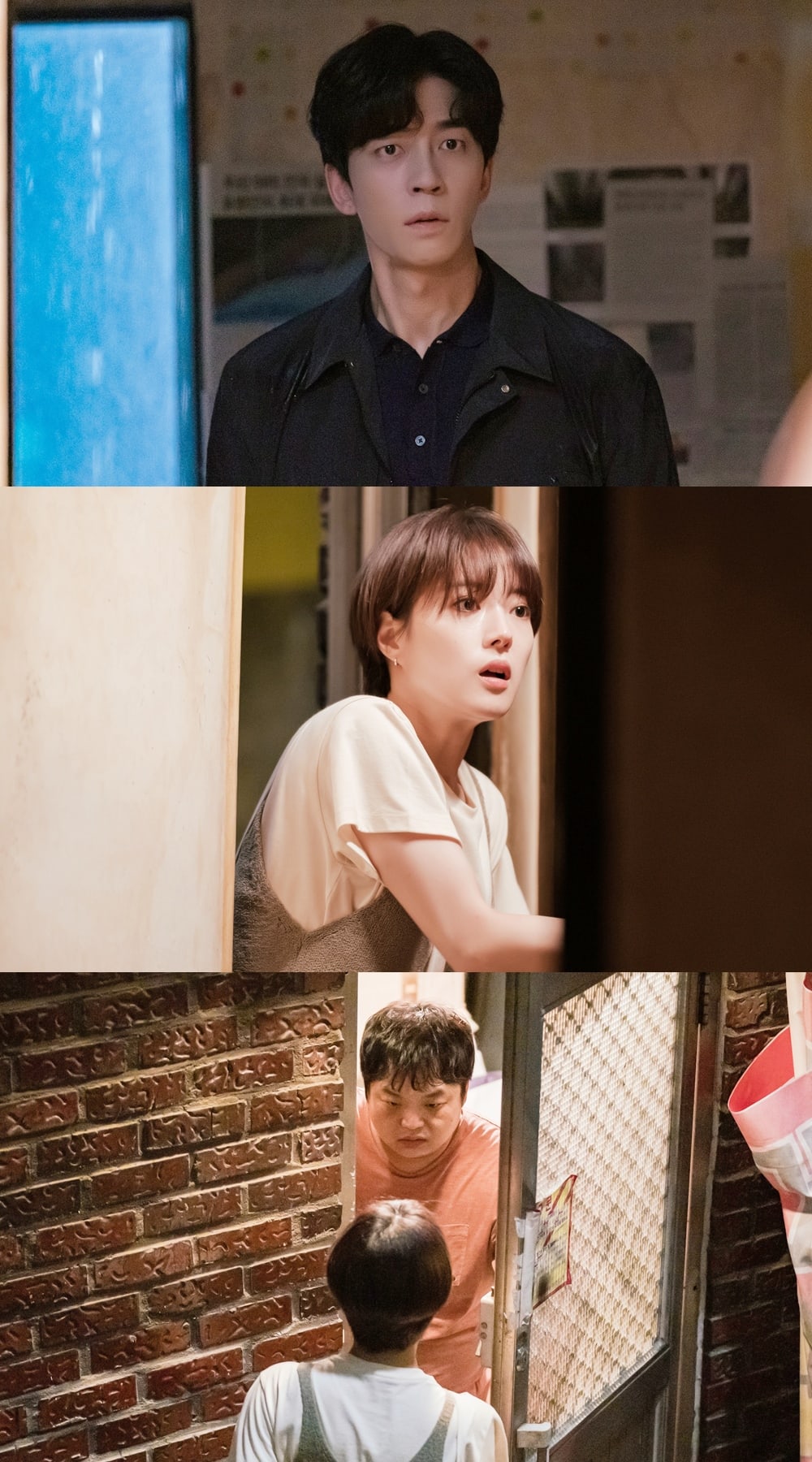