tvN’s “Tale of the Nine-Tailed” has revealed new stills of Lee Dong Wook ahead of tonight’s episode!

“Tale of the Nine-Tailed” is a fantasy action romance drama that stars Lee Dong Wook as the male gumiho (a mythical nine-tailed fox) Lee Yeon and Jo Bo Ah as producer Nam Ji Ah. They find themselves tangled in a mysterious case involving Imoogi (Lee Tae Ri), a serpent beast in human form.

In the previous episode, Lee Yeon was faced with a difficult situation where he had to choose between Nam Ji Ah and his younger brother Lee Rang (Kim Bum) after they were forced to relive the most terrifying moments in their lives. After some thought, Lee Yeon turned to the woman who had put him to the test and told her, “I will soon repay this debt properly.” He then chose Lee Rang, who was in the forest of evil spirits, and took on the spirits together with his brother.

Lee Yeon is covered with blood and wounds in the new stills, looking uncharacteristically pallid and worn after his battle. With tears forming in his eyes, he stumbles across the desolate forest before collapsing from exhaustion. Curiosity is mounting over how Lee Yeon came to be trapped in the forest as well as whether or not he will be able to reunite with Nam Ji Ah. 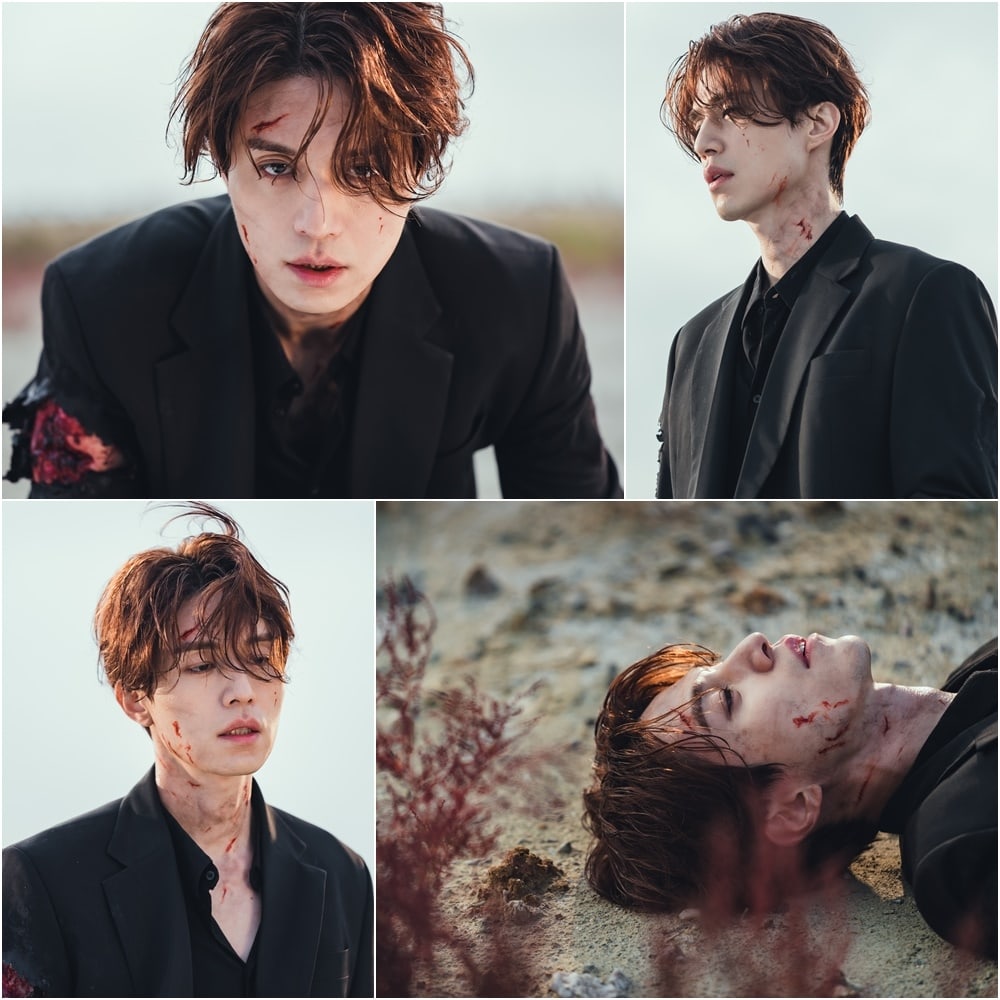 The drama’s production team praised Lee Dong Wook, saying, “He’s an actor who never gets stuck in a rut and consistently inspires us.” On the upcoming episode, they shared, “Look out for the aftermath of Lee Yeon’s decision to go to Lee Rang instead of Nam Ji Ah.”