“Awaken” is a new murder mystery drama that will follow the connections between mysterious events unfolding in the present and the secrets behind an enigmatic incident that took place in a village 28 years ago.

Namgoong Min will be starring in the drama as Do Jung Woo, the eccentric but brilliant team leader of a special task force at the National Police Agency, while AOA’s Seolhyun will be playing passionate police officer Gong Hye Won. Lee Chung Ah will be starring as FBI agent Jamie, who was adopted as a young child and returns to Korea to solve the serial killer case connected to her lost memories of her childhood from 28 years ago.

On November 5, the upcoming drama released the “daytime” version of its main poster, which offers a glimpse of the tense dynamics between its three leads. Namgoong Min exudes an intimidating aura as the secretive Do Jung Woo, who holds the key to a mystery that both Gong Hye Won and Jamie wish to solve. Despite looking relaxed with his hands tucked comfortably into his pockets, the detective’s steely gaze hints that he is a force to be reckoned with.

Just as he stands at the center of the drama’s mystery, Do Jung Woo stands at the center of the poster as both Gong Hye Won and Jamie keep their eyes fixed on him. However, even though the detective has both women’s attention, there is a noticeably different look in the two characters’ eyes as they watch him: there is a slight tinge of sorrow in Gong Hye Won’s gaze, while Jamie’s eyes are full of suspicion.

The producers of “Awaken” commented, “The main poster captures the prelude to the entangled relationships between Namgoong Min, Seolhyun, and Lee Chung Ah. We also tried to pique curiosity about Namgoong Min’s mysterious identity, which is currently veiled in secrecy.” 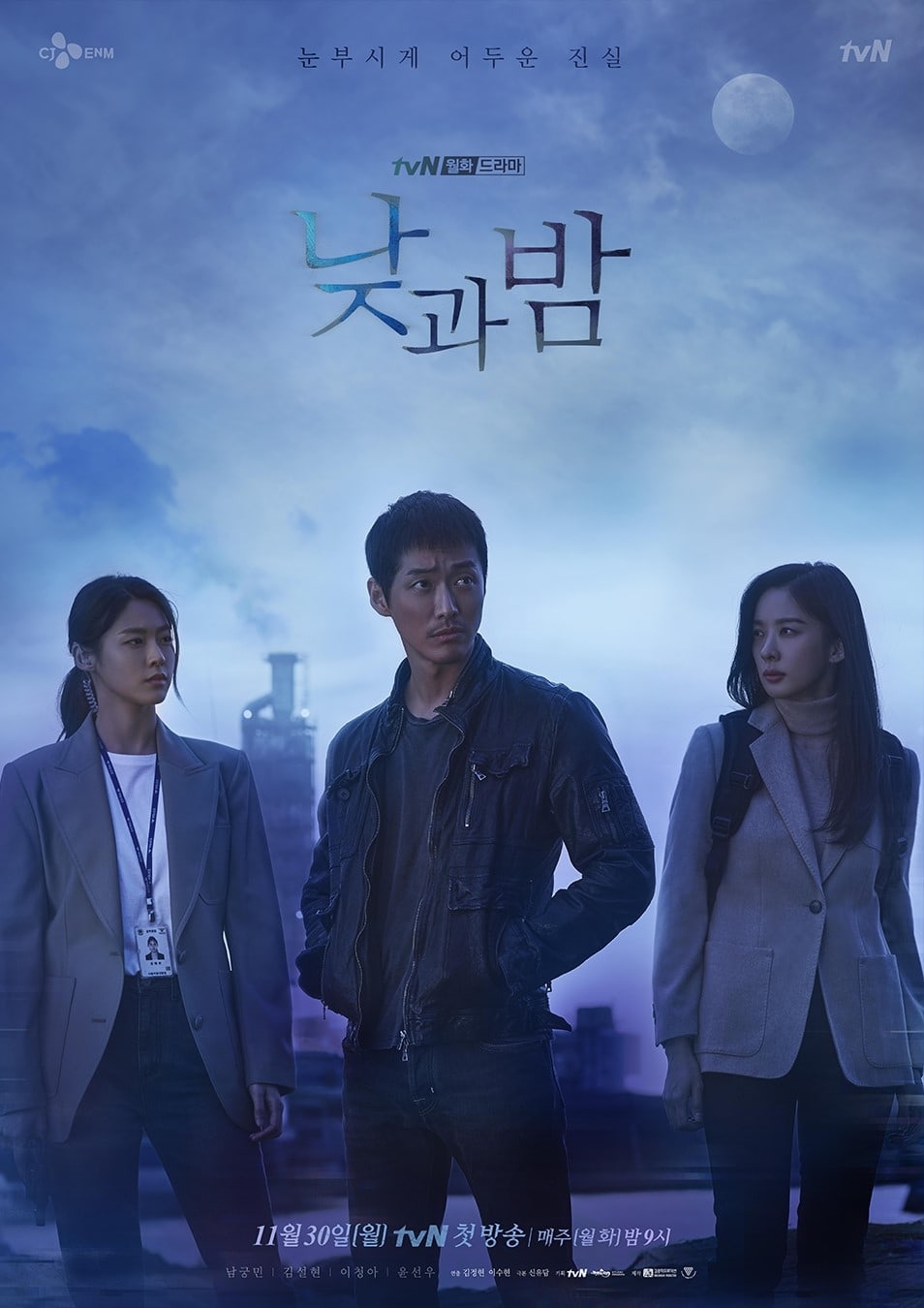 They continued, “In the same way that Seolhyun and Lee Chung Ah are chasing Namgoong Min with their gaze, please keep a special eye on him as you watch ‘Awaken’ in order to learn the secrets behind his identity. Please look forward to the drama.”

In the meantime, watch Namgoong Min in his previous drama “Stove League” below!