Krystal recently sat down for an interview to discuss her new film, her relationship with her sister Jessica, and her thoughts on her career as both a singer and an actress.

Krystal began by sharing her thoughts on her silver-screen debut with the film “More Than Family.” Noting that it still didn’t feel real, she confessed, “Since it’s my first film, I thought it would be awkward to watch myself in the movie theater, but when I did, it actually wasn’t too awkward.”

In the film, Krystal takes on the role of a pregnant woman named To Il. Krystal said that it was the perfect role for her debut, adding, “Although it’s my first film, I didn’t place too much significance on it. I’ve acted in plenty of other productions, so I just thought of this as another one of those productions. Although I was surprised to hear I would take on the role of a pregnant woman and I felt some pressure, after reading the script I immediately said yes.” 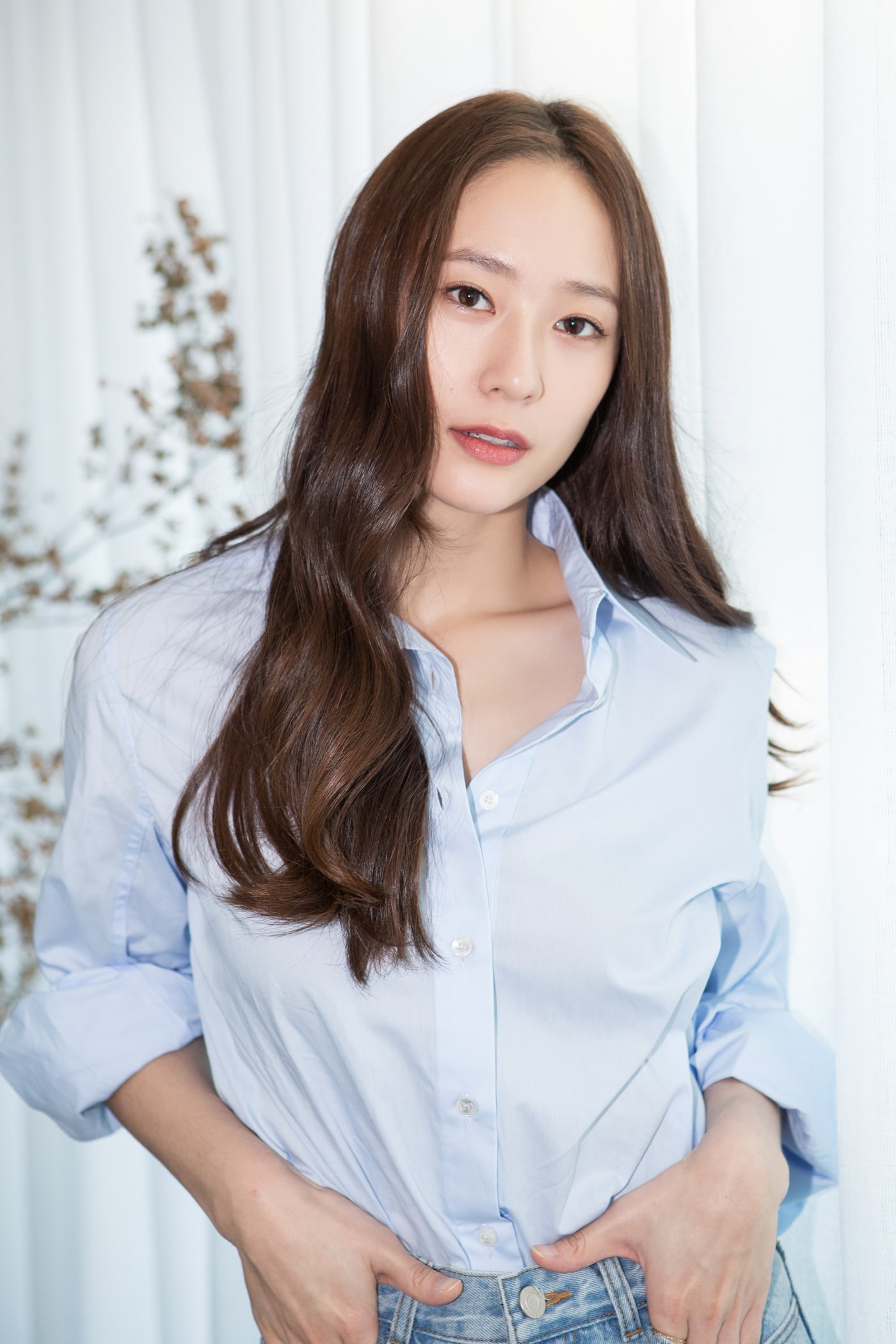 When asked how her older sister Jessica reacted to the film, Krystal laughed as she said that even though they really like and support each other, they’re not very interested in what the other is up to. “When I said I would play a pregnant woman in this film, she just said, ‘Ah,'” Krystal revealed. She continued, “I don’t know what Jessica is up to these days either. I think being close to someone and knowing what that person is doing are two different things. We both just think that the other will figure things out by themselves.” 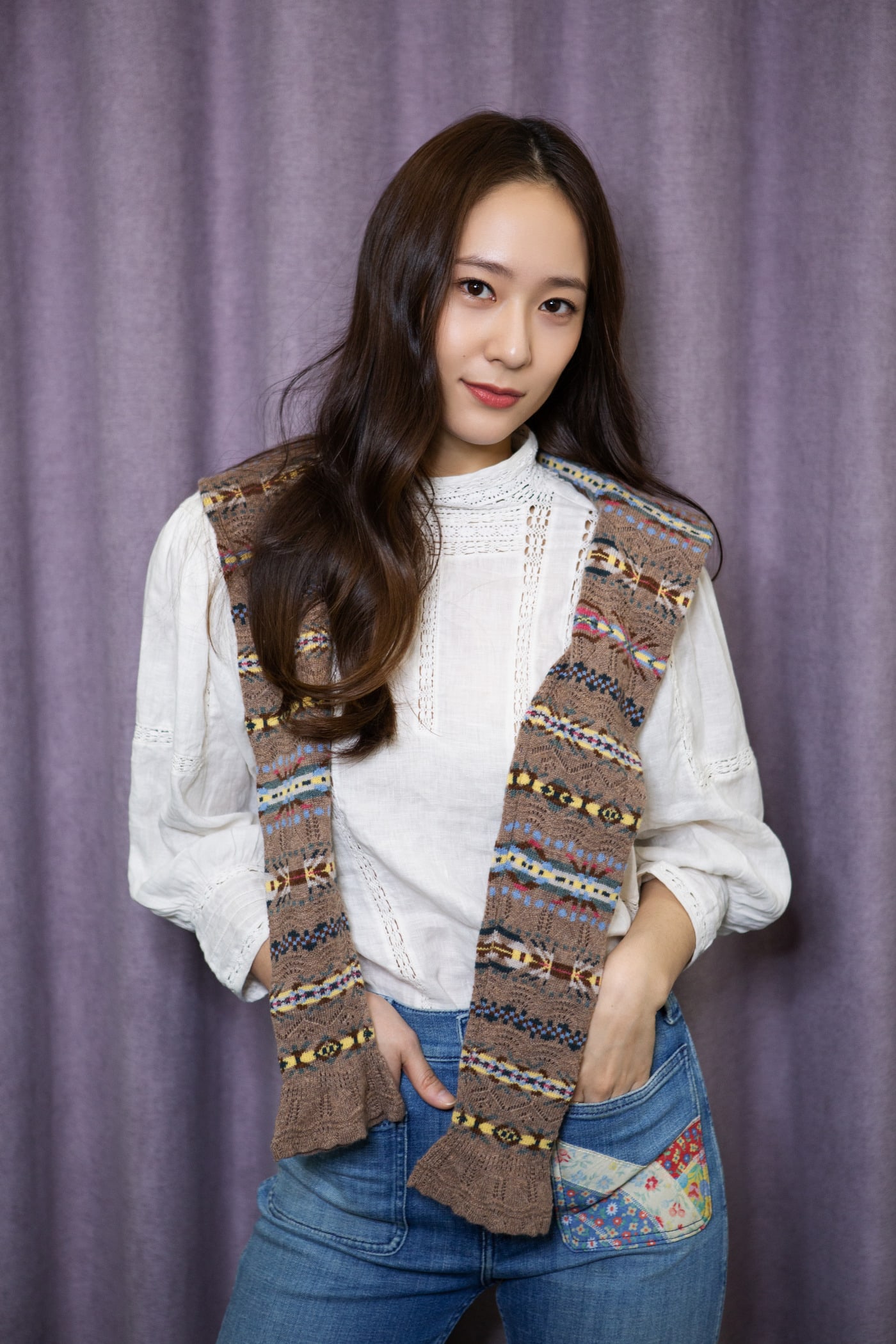 Having made her debut in the entertainment world as a member of f(x), Krystal said that she is always open to promoting as a singer again. She explained, “Singing is a part of me, so I believe I can always do it again. Since there are fans who love my image as a singer, I’m not going to try to throw that away. I like my image as a singer as well.”

Lastly, Krystal spoke about her reaction to the scrutiny of the public eye. Although she doesn’t check comments on the Internet frequently, she said that people close to her check the comments and let her know what others are saying.

Krystal confessed, “I’m the type of person who isn’t satisfied with who I am, so I prepare myself since I’m in a spot where people will hurl insults at me. For the sake of my own mental health, I don’t pay attention to people’s reactions and just compensate for it by working on myself.”

She also admitted with a laugh that the public’s image of her as an ice princess is somewhat true and that she likes the label. She went into detail about her “cold” image, saying, “I didn’t intend to create this image for myself. I think people just see me that way, but I have no complaints.”

Krystal concluded, “In reality I do give off a cold vibe, but not to a great extent. I’ve tended to freeze and get nervous in front of crowds or a lot of cameras since I was young. It’s not something I can fix in an instant, but I’m working hard to improve.” 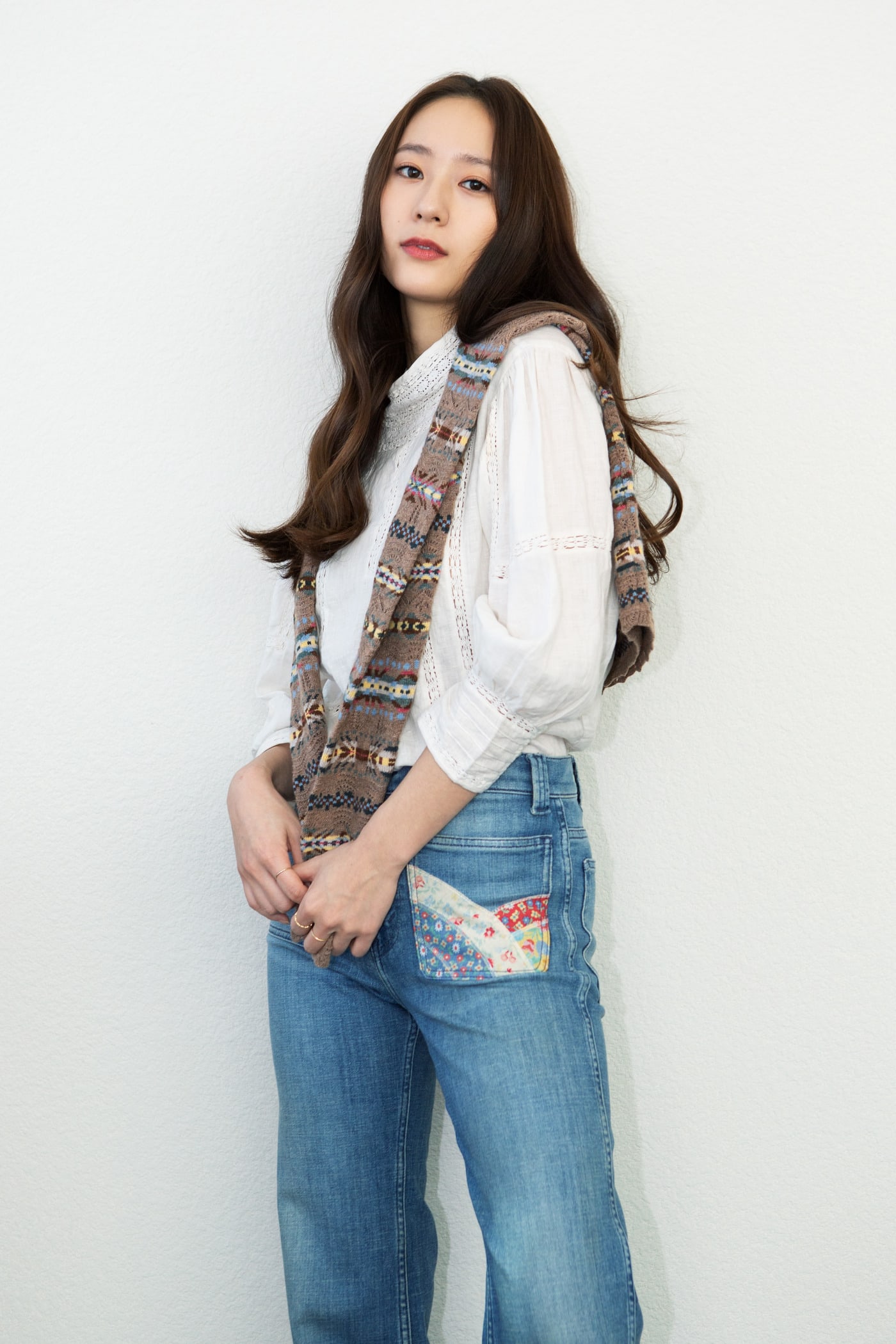 Watch Krystal in her current drama “Search” with English subtitles below!

f(x)
Jessica
Krystal
How does this article make you feel?