First off, the cast in the studio was surprised to see footage that showed the actor still asleep at 1:35 p.m.. “I’m a bit nocturnal,” he explained with a smile. A loud alarm that sounded like a siren then went off in the footage, and Kim Ji Hoon shared that he’s a deep sleeper.

When the actor woke up, he right away checked the stock market on his phone and let out a sigh over the stocks he’d bought going down.

In an interview, Kim Ji Hoon introduced himself and shared that he’s been living on his own for 14 years. He admitted with a laugh that he usually starts his day by checking on his stocks. “I think all the stocks rise except for mine,” he said. “If I sell a stock, then it rises. If I buy it, then it drops. I suppose that happens to everyone.” 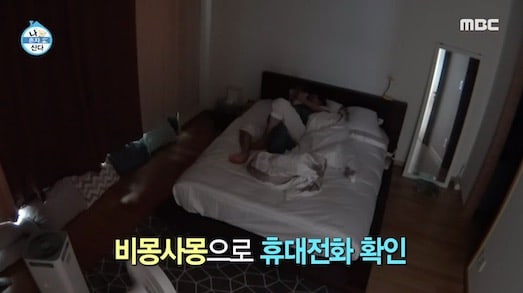 In the footage, he got out of bed and looked out the window, commenting that the weather looked nice that day. He then sauntered sleepily out of his bedroom, revealing his pajamas.

Kim Ji Hoon shared, “Those pajamas are ones that I wore when I was playing a patient in a drama.” He explained that he wears the pajamas from “Flower of Evil” because they’re comfortable and short-sleeved. 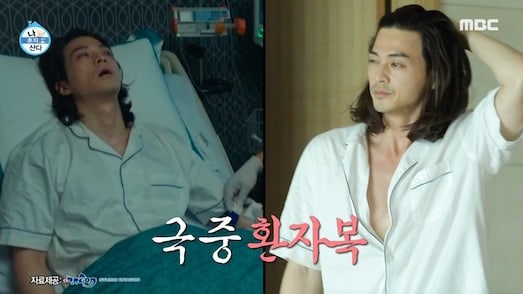 Kim Ji Hoon said about his clean interior design, “It’s minimalist, unintentionally. It’s designed so that I can live without feeling discomfort.”

His home has hair ties lying here and there, and Kim Ji Hoon tied up his hair and shared that he’s planning to grow it out as long as actor Ryoo Seung Bum‘s hair.

Kim Ji Hoon then settled down with a book on his sofa, but it wasn’t long after he started reading that he had put the book down to focus on a music show instead. 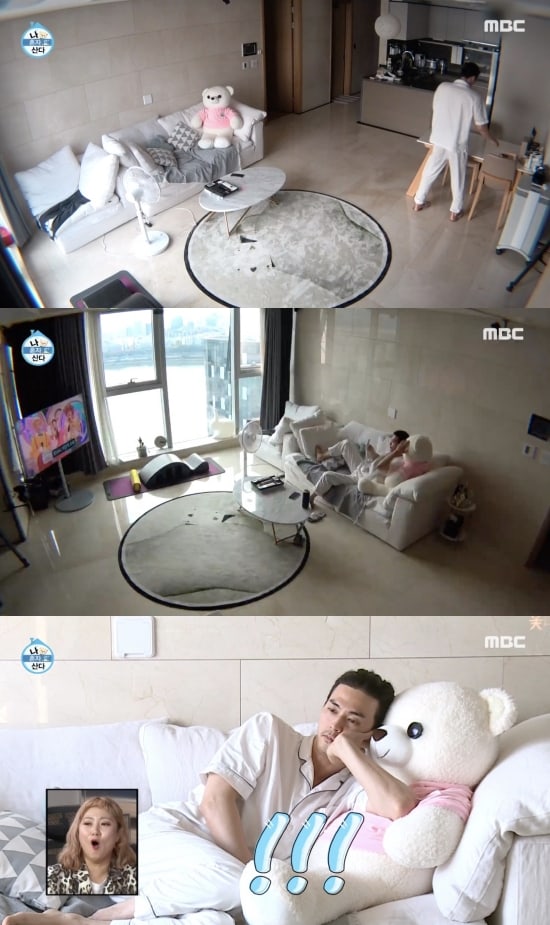 Kim Ji Hoon started stretching, but the cast laughed when he kept collecting up his strands of hairs on the floor as he did his exercise. “At first I thought I was dealing with hair loss,” said Kim Ji Hoon in his interview. “Since my hair is long, my strands of hair really stand out. I hate that so I always pick them up.”

He then went to a stretching academy, where he worked out by doing the splits. He also went to a basketball academy to practice there too. He explained that he’s a member of a basketball club and he joined the academy to learn the sport properly. 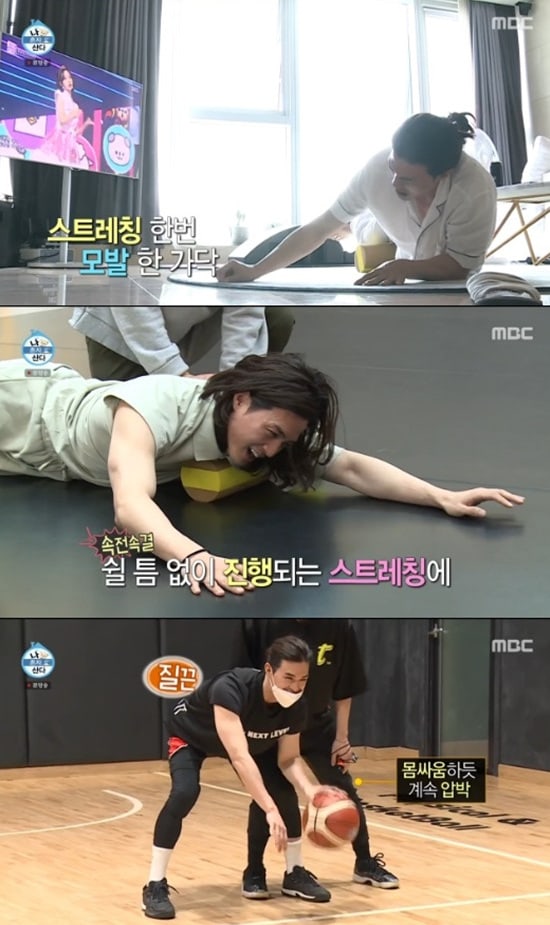 Kian84 commented that Kim Ji Hoon is studying a lot of things through academies, and Kim Ji Hoon explained that he enjoys learning.

After getting worn out from all his exercise, Kim Ji Hoon went to a restaurant to eat meat for his first meal of the day and he shared that he’s been doing intermittent fasting. 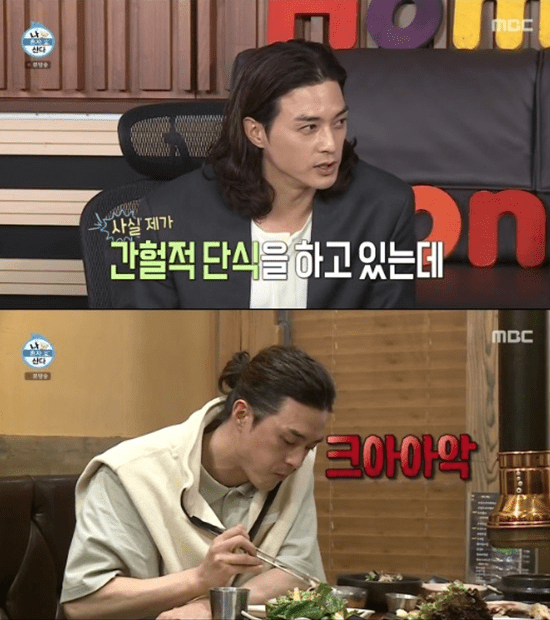 Once he finished his meal, instead of heading home, he went to a vocal academy. The cast in the studio joked, “Please go home!”

Kim Ji Hoon shared that while it costs him money to attend the academies, it’s worth it considering that he gains so much, and he shared his vow to keep learning throughout his life. 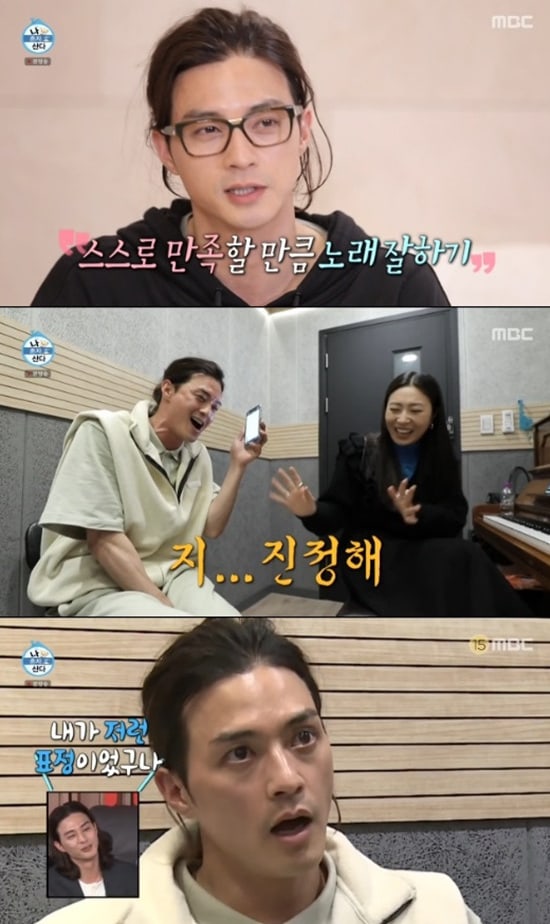 Watch Kim Ji Hoon in “Flower of Evil” below!

Kim Ji Hoon
Home Alone
How does this article make you feel?