Lee Bit Chae Woon shared the reason why she wanted to find her biological parents was “to see what kind of horrible people had abandoned their child.” However, deep in her heart, she yearned to be reunited with her family, and she made several attempts to find them. The combination of the failures to find her parents and the guilt she felt towards her adoptive mother Lee Soon Jung overwhelmed Lee Bit Chae Woon, and she vowed to stop her search.

However, Lee Soon Jung confessed that Kim Jung Won (Hwang Shin Hye) is her biological mother, and Lee Bit Chae Woon’s world came crashing down as the boss she admired became nothing more than a woman who stabbed her in the back.

In the new stills, Woo Jae Hee’s eyes are filled with worry as he embraces Lee Bit Chae Woon. His warm comfort breaks down her walls, and the usually strong and unyielding Lee Bit Chae Woon starts to shed tears. This scene hints that Lee Bit Chae Woon will face a heartbreaking moment in the next episode. 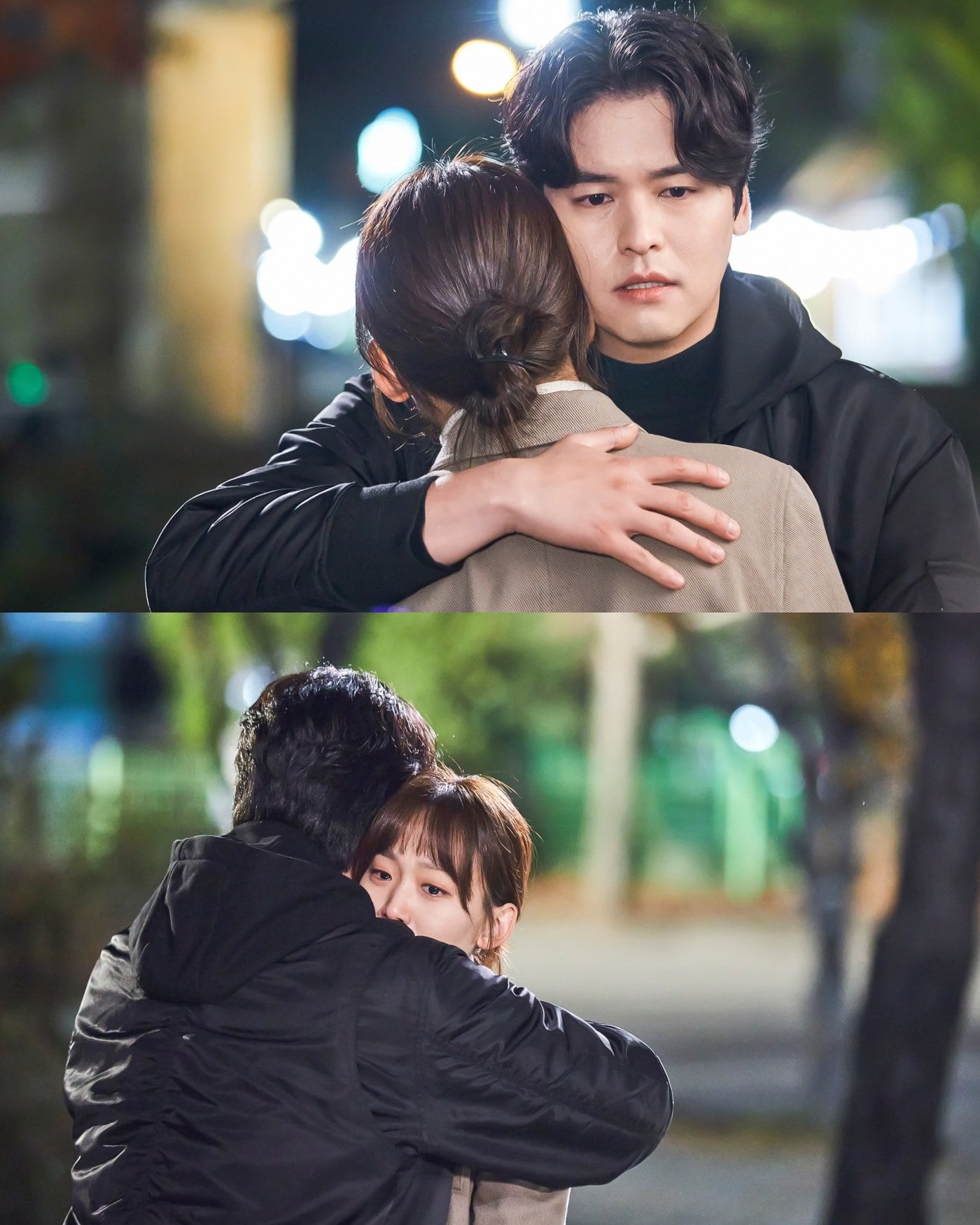