Tension is rising between old friends in the next episode of “Search”!

These two soldiers hold the key to the incident in 1997 that has not yet been revealed. The central character in last episode’s shocking ending was Lieutenant Lee Jun Sung. After the special task force had been dispatched to Cheongong-ri to shoot the target, Lieutenant Lee stayed behind in headquarters by pretending to be injured. He then destroyed Sergeant Yong’s camcorder that contained footage of the “Two-One Sector” military operation in 1997. It seemed as if he was willing to destroy evidence in order to hide the truth and protect his father, Lee Hyuk (Yoo Sung Joo). 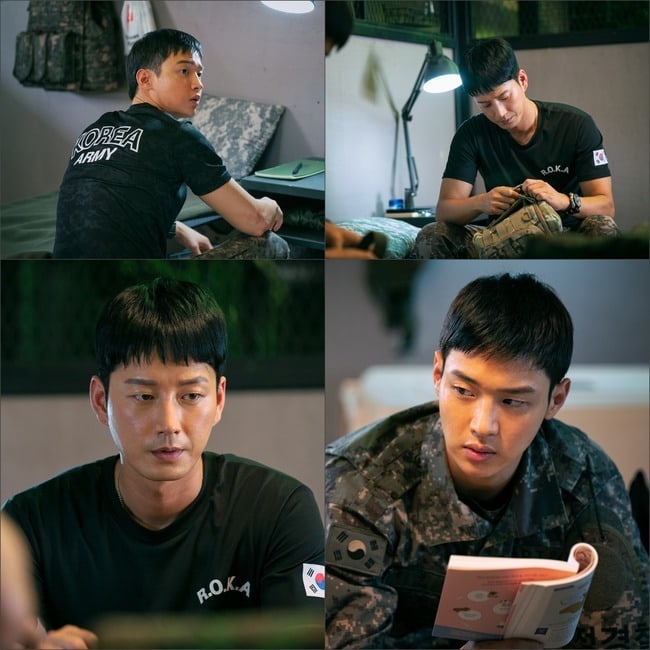 The new stills show that their relationship is beginning to fracture. Although they are in the same room, they don’t speak to each other and eye each other with suspicion. Yong Dong Jin is taken aback by the disappearance of the camcorder, and knows that Lee Jun Sung is the only one in the task force who knows about its existence. 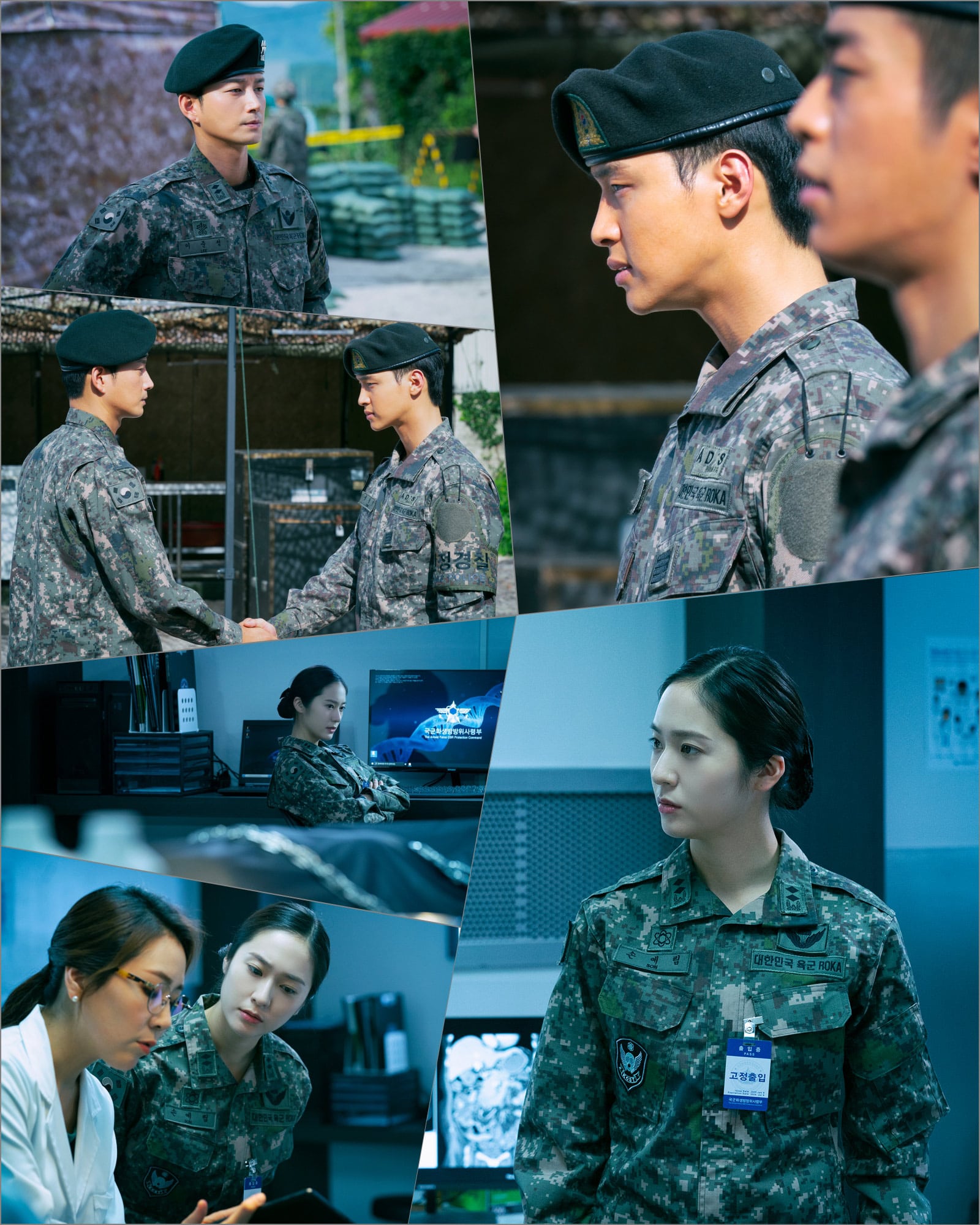 In another set of stills, the drama hints at new developments in the plot. As the special task force gets closer to identifying the threat, they also find clues that suggest they may be dealing with more than one mysterious creature in the demilitarized zone (DMZ). Furthermore, the kidnapping of Kim Da Jung (Moon Jung Hee) and her daughter Chun Soo Young (Park Da Yeon) has added new stakes to the operation.