The last episode of BLACKPINK’s reality show “24/365 with BLACKPINK” will be put on hold.

On November 4, a teaser for the final episode of “24/365 with BLACKPINK” was uploaded. In the video, the members were shown touching a baby panda with their bare hands. Pandas are China’s national treasure, and many Chinese people were angered by the scene, stating that pandas are animals that require delicate care. 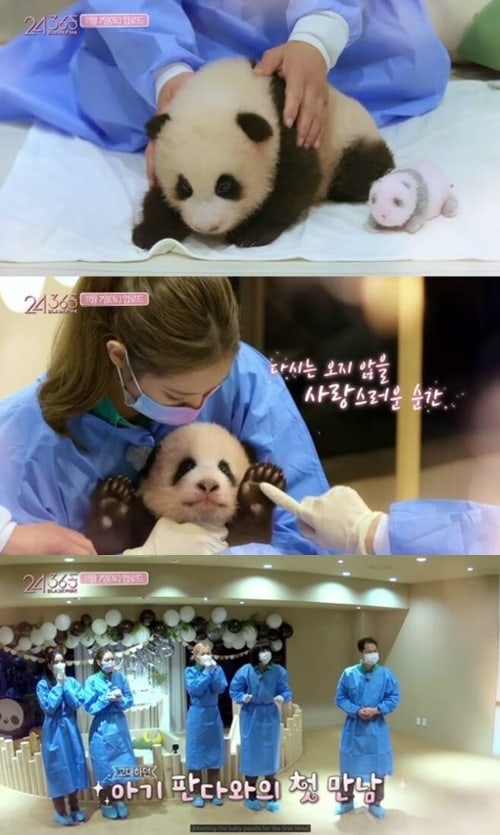 The China Wildlife Conservation Association sent a letter to Everland, the theme park where the panda is being cared for, and demanded that they halt having non-professionals coming into contact with the baby panda and showing such scenes on shows.

In response to the concerns that were raised, YG Entertainment released the following statement:

It was decided that the last episode of BLACKPINK’s “24/365 with BLACKPINK” that was scheduled to be uploaded today on November 7 (Saturday) will be postponed.

BLACKPINK’s experience as panda keepers at Everland took place with professional veterinarians and keepers in attendance, and strict disease prevention and sanitation guidelines were followed.

When BLACKPINK met the baby panda, all members were wearing sanitary gloves, masks, and protective clothing, and their hands and shoes were disinfected each time the scene changed.

Nonetheless, to respect the recommendation of panda conservation experts who have stated that ‘non-professionals coming into contact with a baby panda can cause misunderstandings of a different dimension’ and to follow the convention of international cooperation, we have decided to postpone the premiere of the video.

We thank all those who expressed their concern, and we ask for your unchanged love and interest in BLACKPINK and the panda.