On the November 8 episode of KBS’s “2 Days & 1 Night Season 4,” the production staff prepared a montage of past photos of each cast member.

In his montage, Kim Seon Ho revisited the past highlights of his acting career. Moon Se Yoon commented, “I didn’t really know who Kim Seon Ho was when we first met, but now that I see this, he seems like someone who has been slowly but steadily building up recognition.” 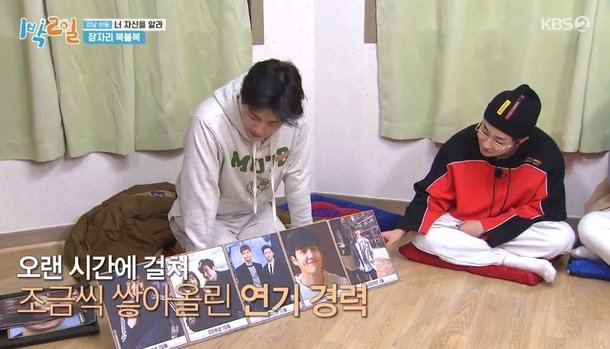 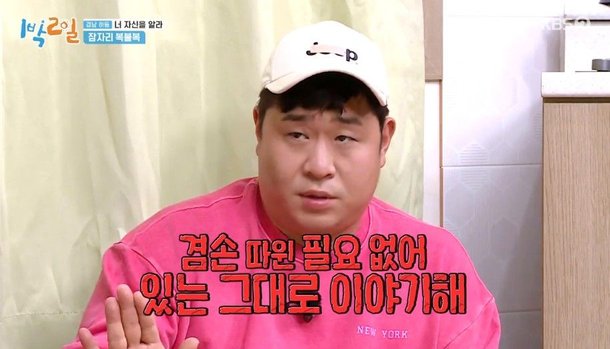 Kim Seon Ho was asked about his popularity during his time as a theater actor. Although he tried to play it off modestly at first, Moon Se Yoon said, “I heard you sold out all the seats. There’s no need to be humble, so just tell us what happened.”

Kim Seon Ho then said that he had been like an “idol” in the theater world, with so many audience members lining up at the entrance that the queue went into the street. He said, “It was to the extent that the cars couldn’t pass.” 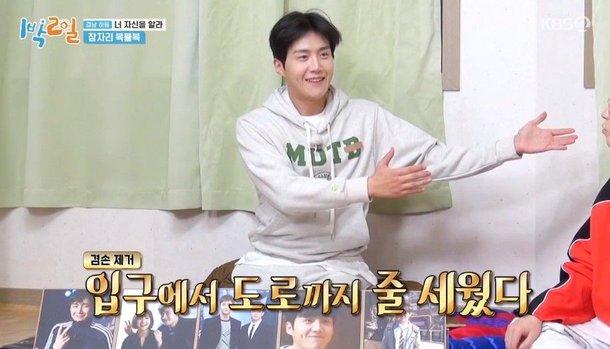 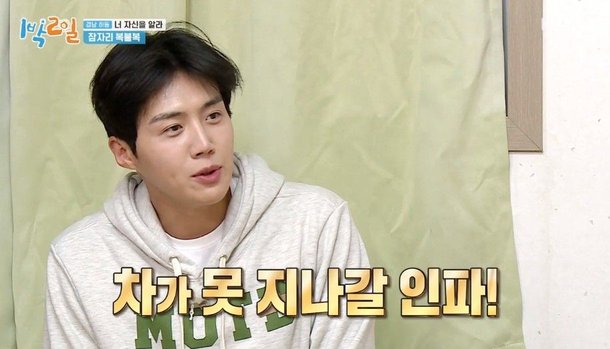 Kim Seon Ho also talked about becoming recognized as a TV actor. After looking at a photo of him in the short-form drama “You Drive Me Crazy,” DinDin said, “I heard that you went viral through a kiss scene here.” Kim Seon Ho boasted, “The kiss scene got over 10 million views on YouTube.”

Meanwhile, earlier this week, Kim Seon Ho’s agency confirmed that he will be acting in a play for the first time in a year. He will be starring in the play “Ice” (literal translation), which is set to begin performances in January 2021. It is a two-person play about two detectives who are trying to pin the blame for a cruel murder case on an 18-year-old boy.