The release date of Super Junior’s upcoming album “The Renaissance” has been pushed back again.

Through a statement released on February 1, Label SJ announced that the album release has been delayed another month from February 16 to March 16 “due to unavoidable circumstances.”

After postponing their comeback in December 2020, Super Junior had announced plans to release their new full album, “The Renaissance,” sometime in January 2021.

On January 8, Label SJ confirmed that the new release date had been set for February 16 at 6 p.m. KST. In a statement, the label said, “We had planned for a January release date, but in order to fully complete the title track, we inevitably postponed the release date further. We apologize to the fans who have been waiting eagerly for Super Junior’s tenth full album. The members and the agency staff are devoting all their energy to preparations for the album, so we ask for your love and support.”

Super Junior released a teaser for their “Tell Me Baby” animated film, which is due out at 6 p.m. KST today! The video features animated versions of the group members as Santa’s apprentices. They’re tasked by Santa with handling Christmas this year for their fan club E.L.F.

Super Junior shared individual teaser images of the “versatile unit,” which includes Shindong, Kyuhyun, and Eunhyuk. Check out the photos below! 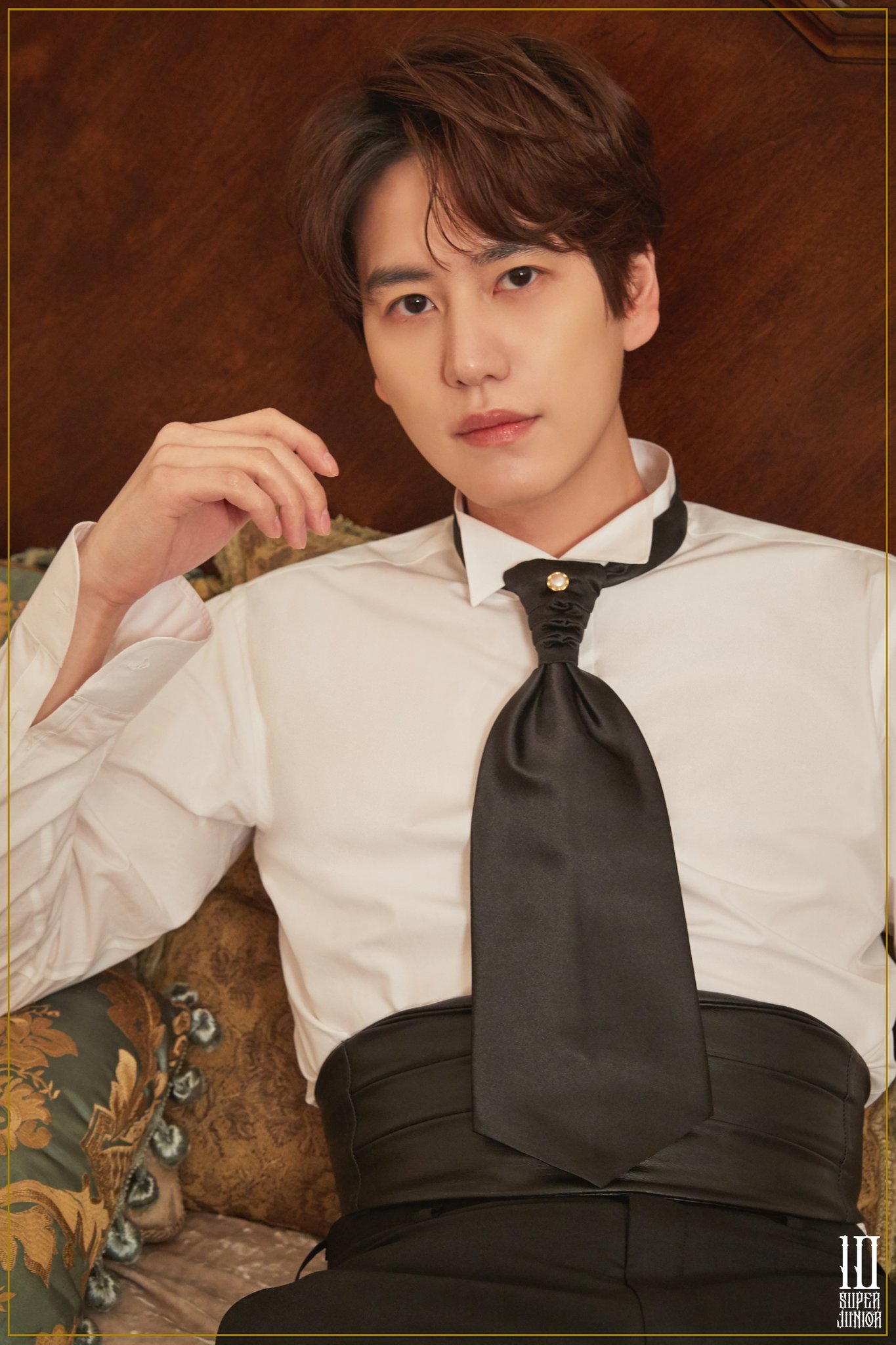 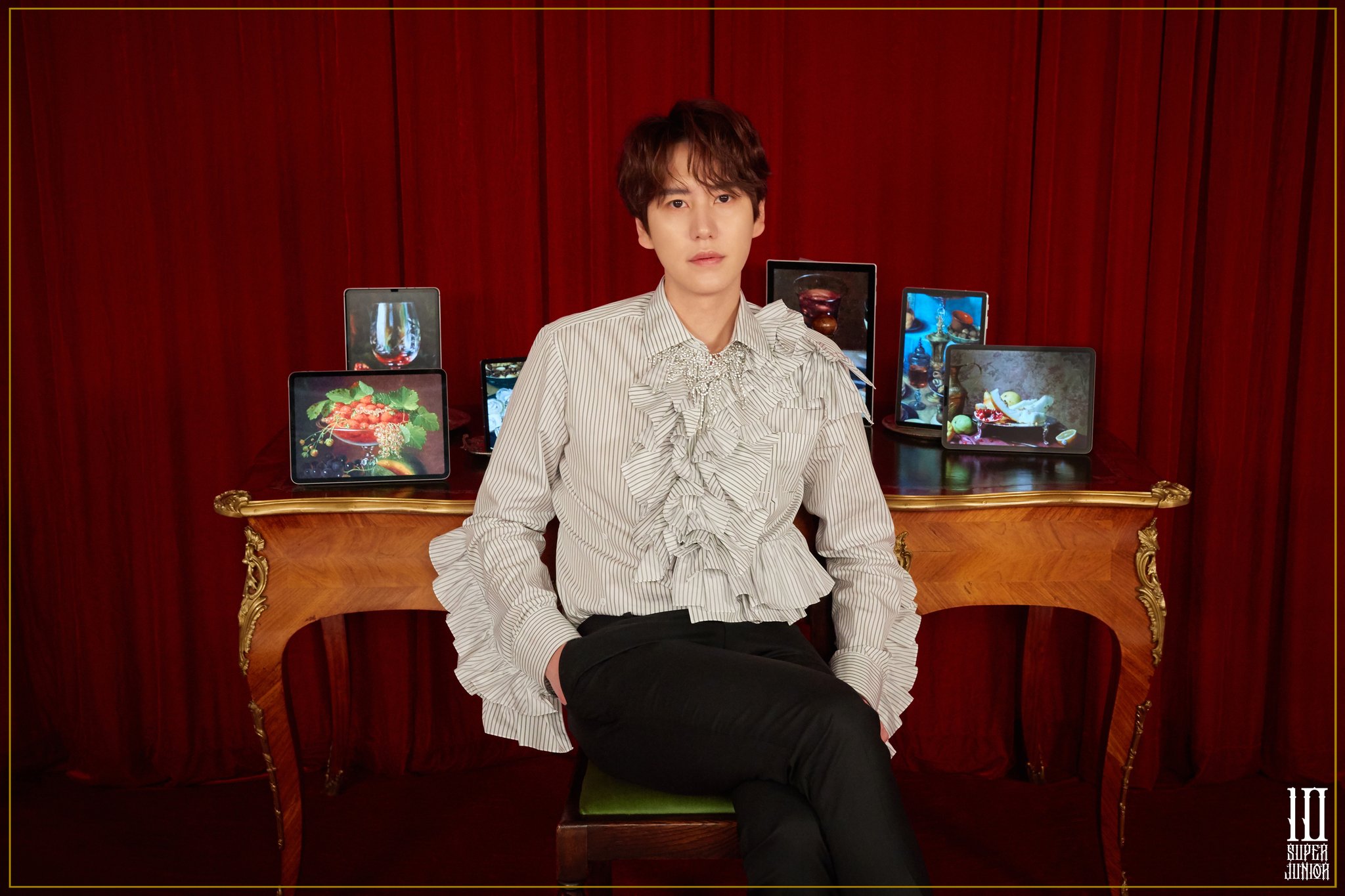 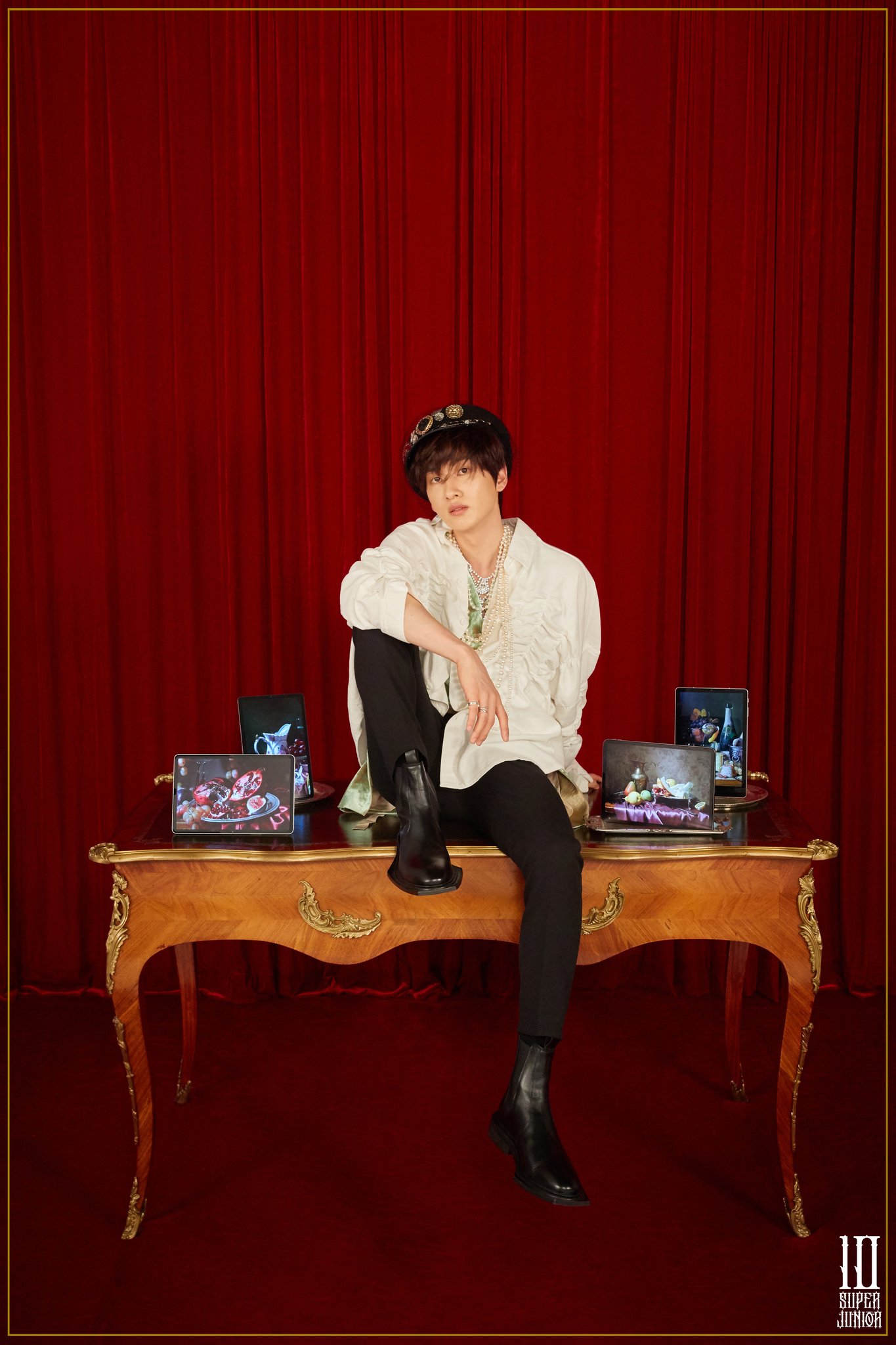 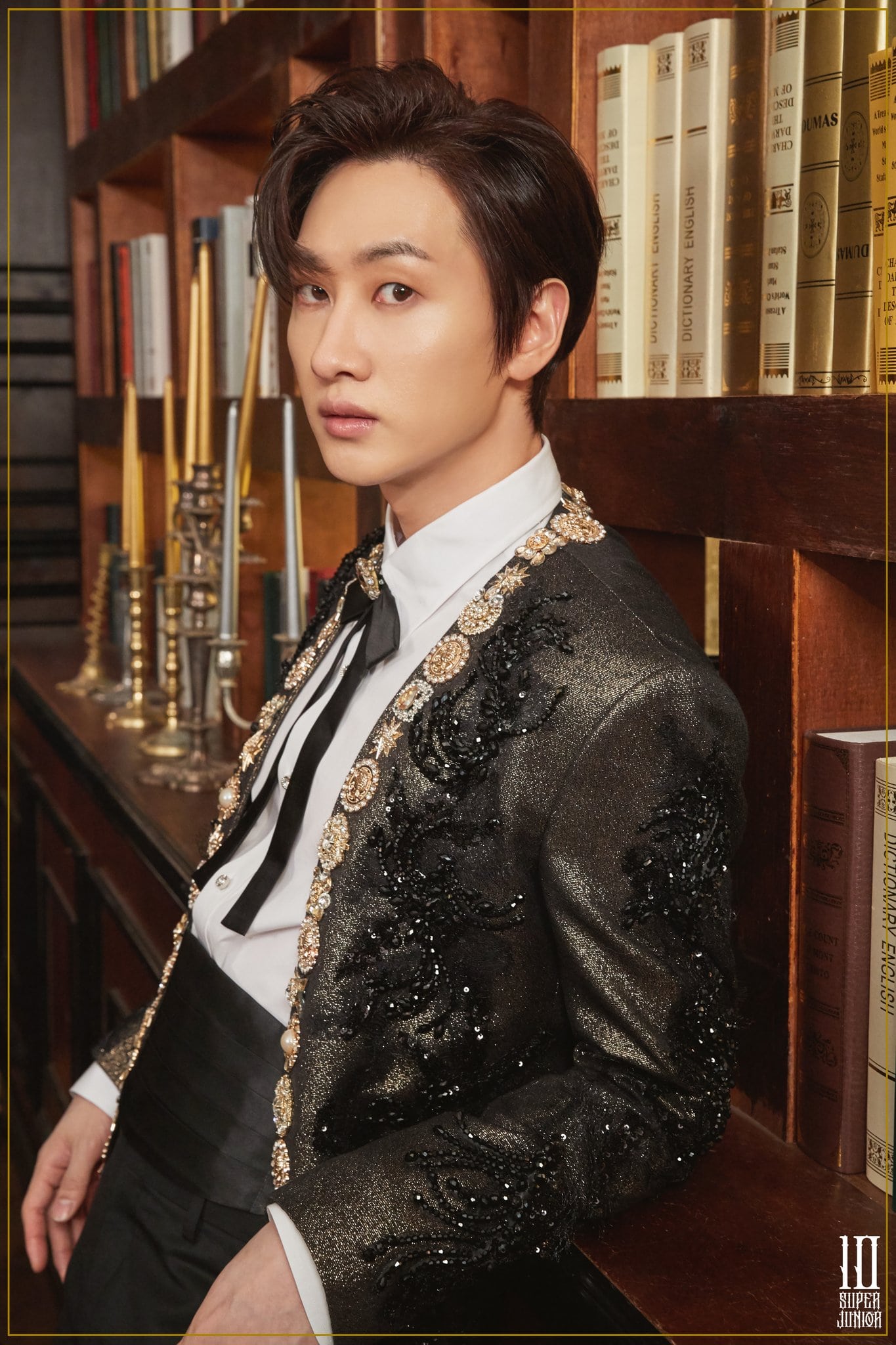 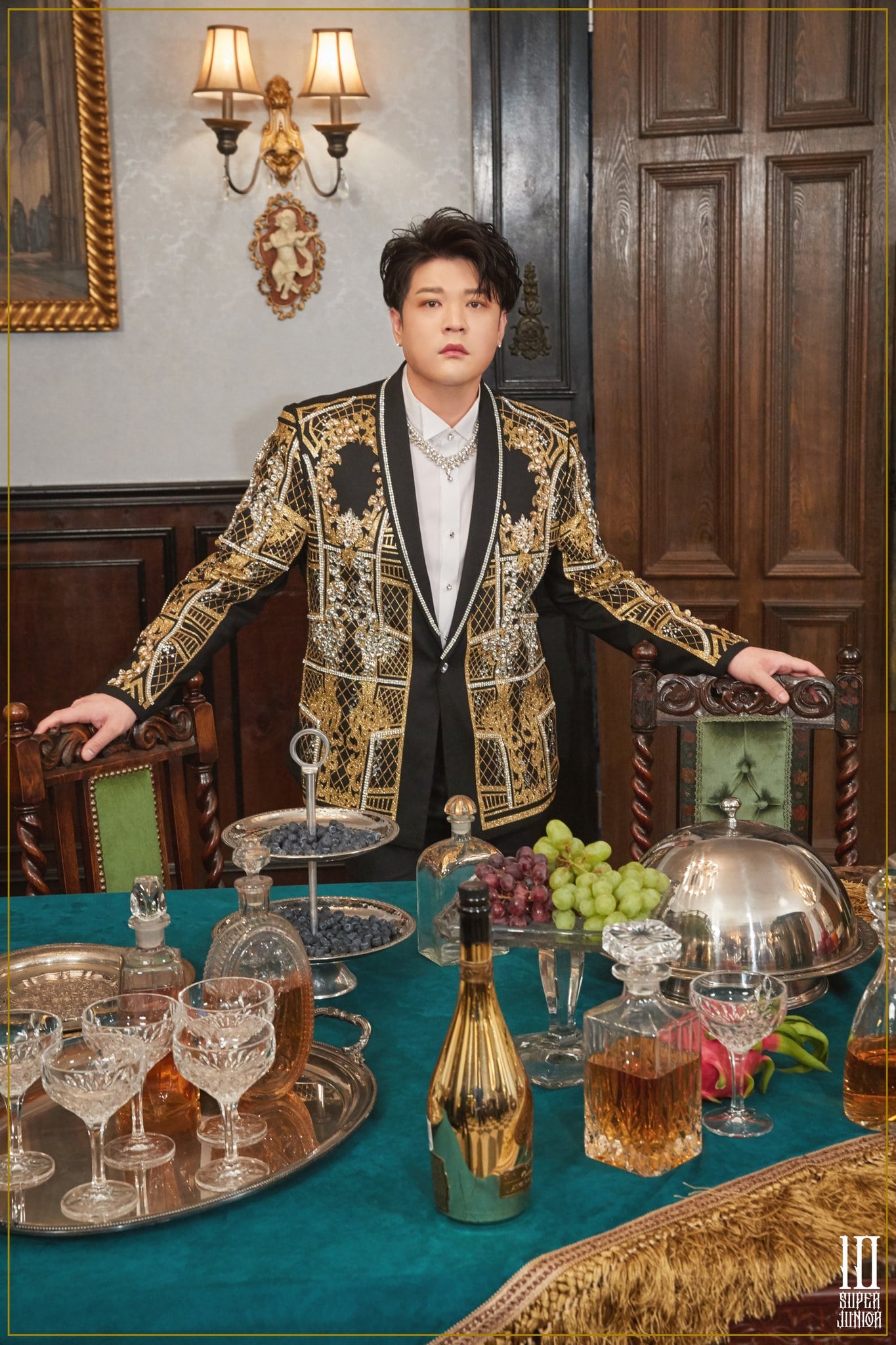 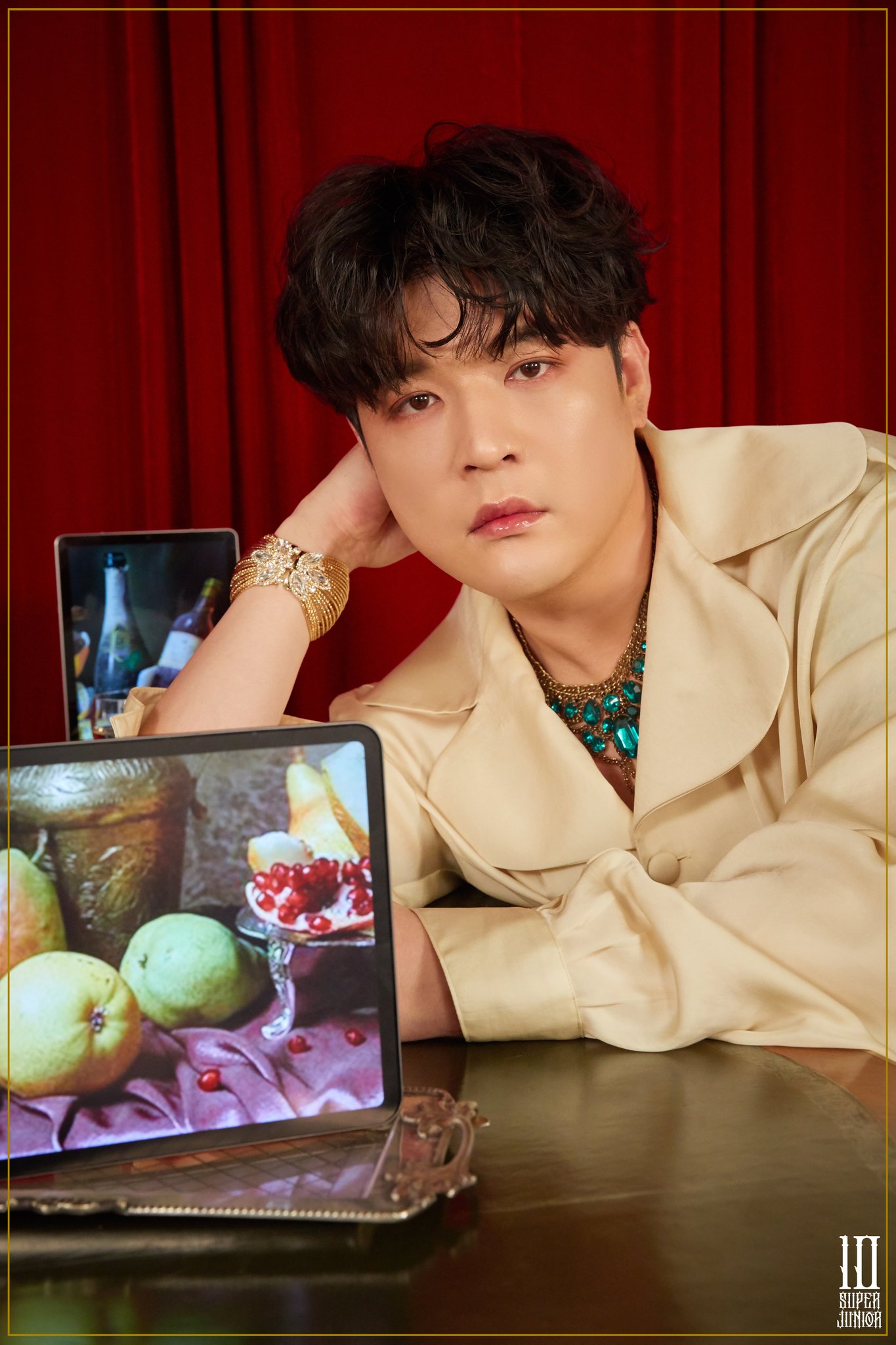 The second unit teasers for Super Junior’s “The Renaissance” album feature Shindong, Kyuhyun, and Eunhyuk as the “versatile unit”! 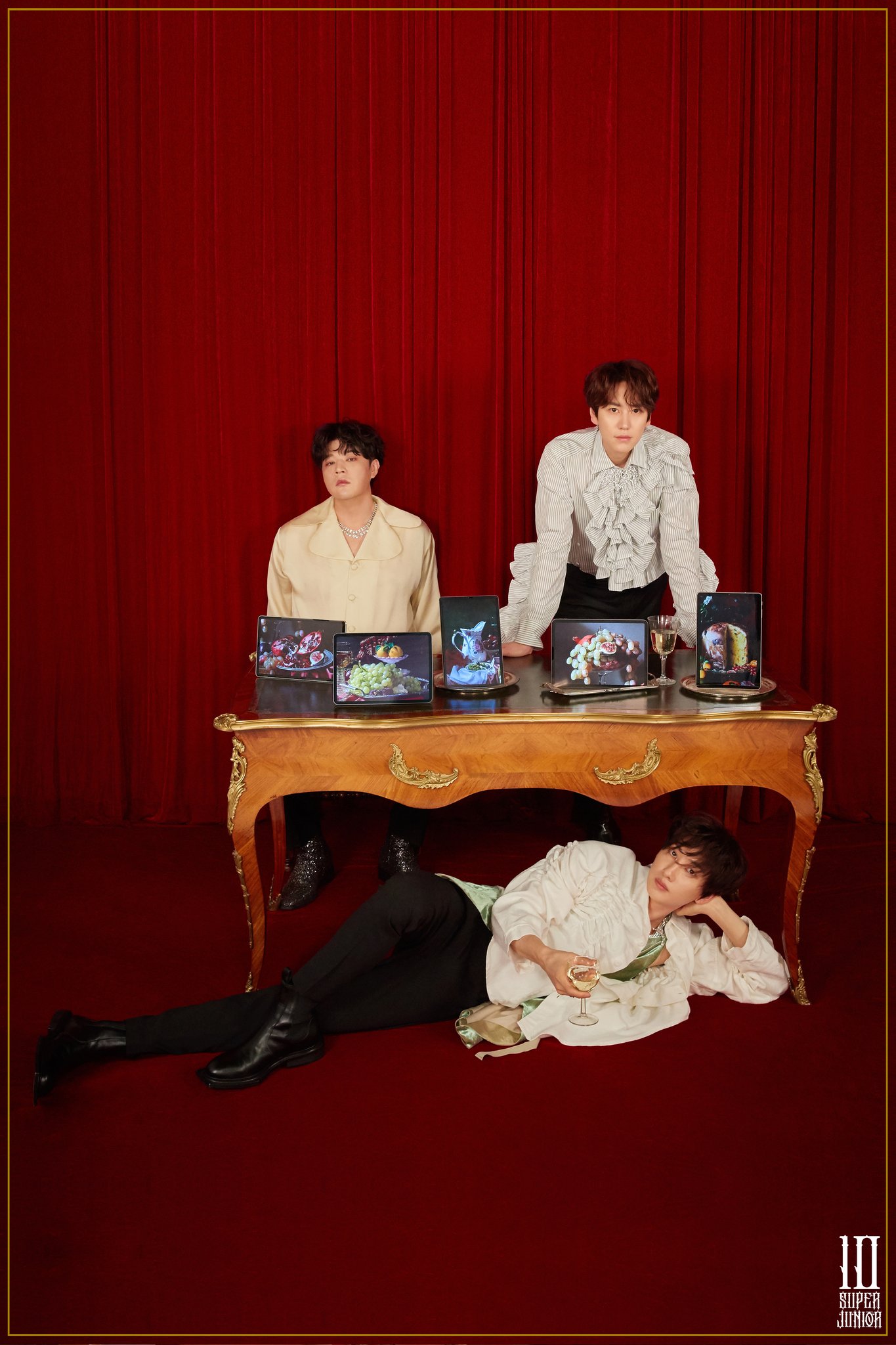 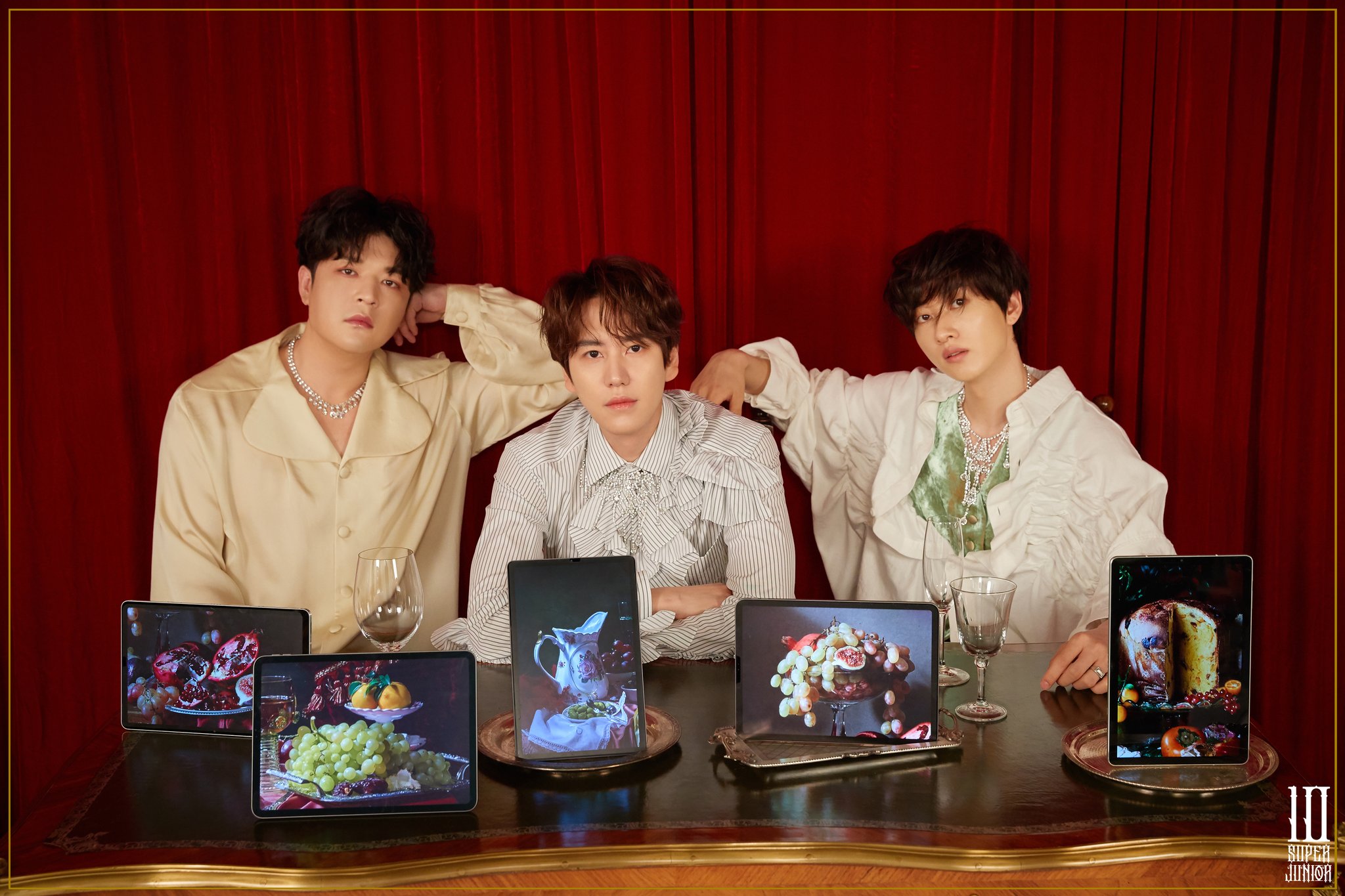 Super Junior has unveiled a teaser schedule for their comeback with “The Renaissance”!

The comeback note also includes the schedule for previously released teasers, as well as various episodes of YouTube variety shows that the group has planned. 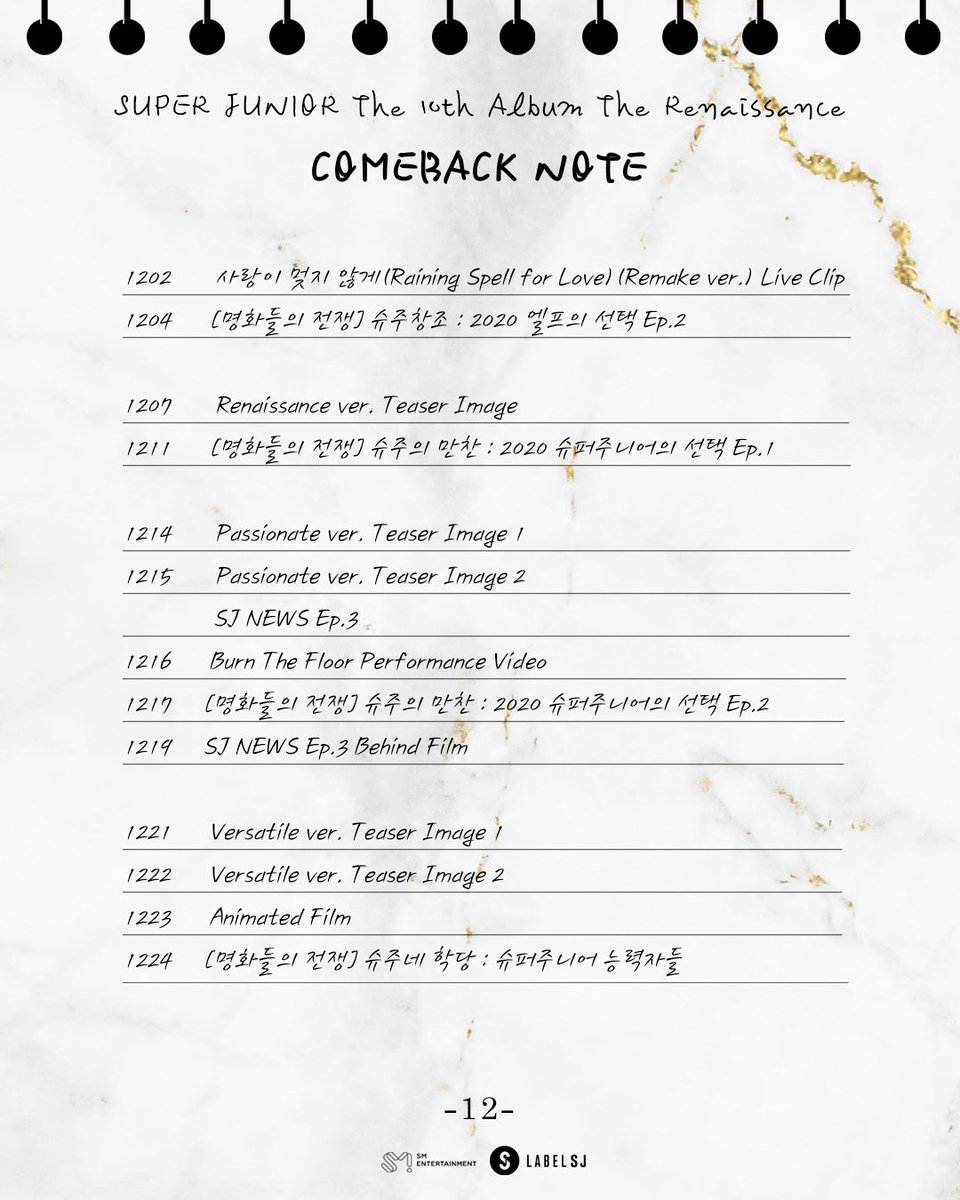 Super Junior released a performance video of “Burn the Floor,” a track that will be included in their upcoming 10th full album “The Renaissance”!

The group performed and revealed the song for the first time at the 2020 The Fact Music Awards earlier this month.

Watch the performance video below! 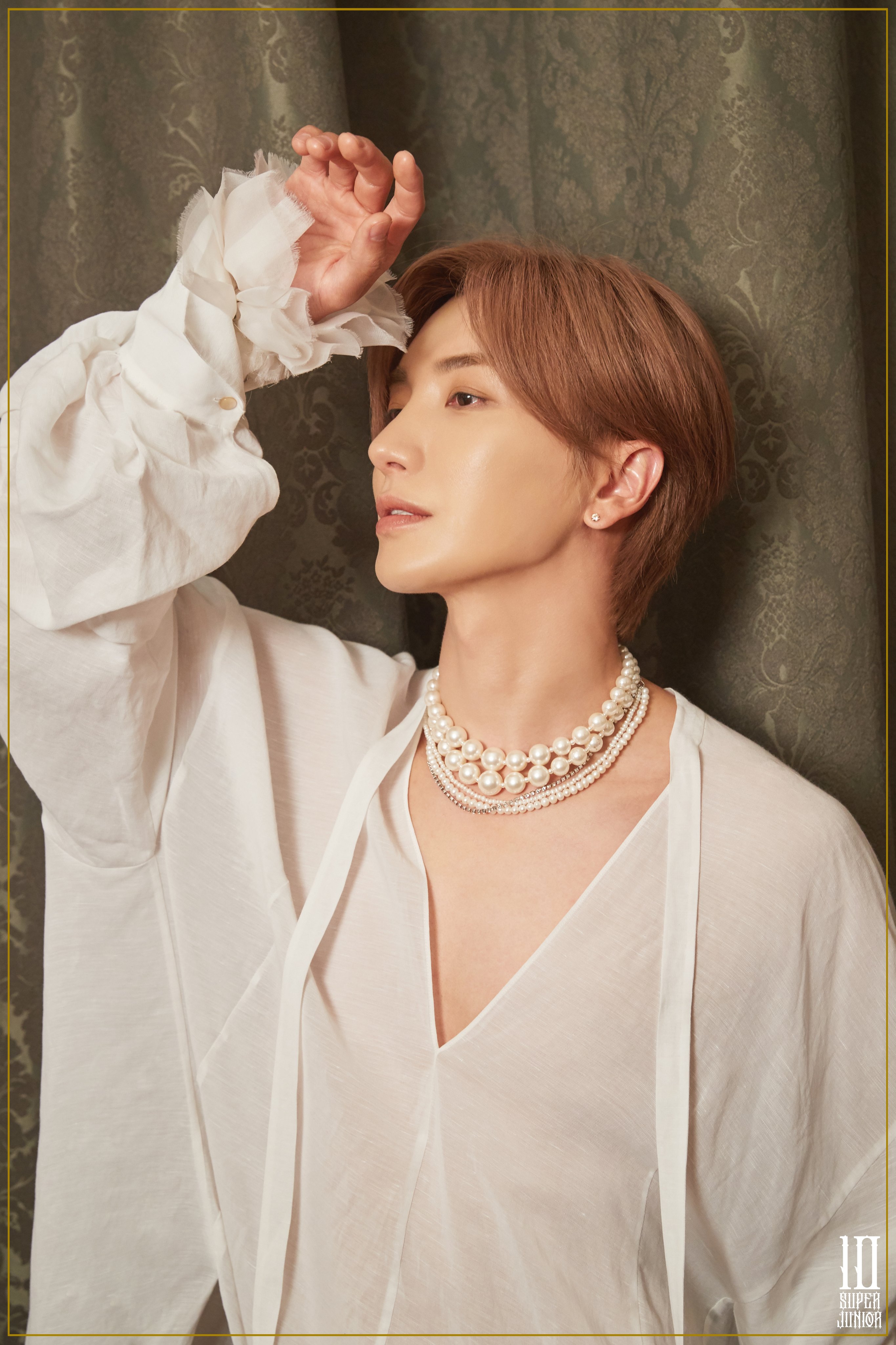 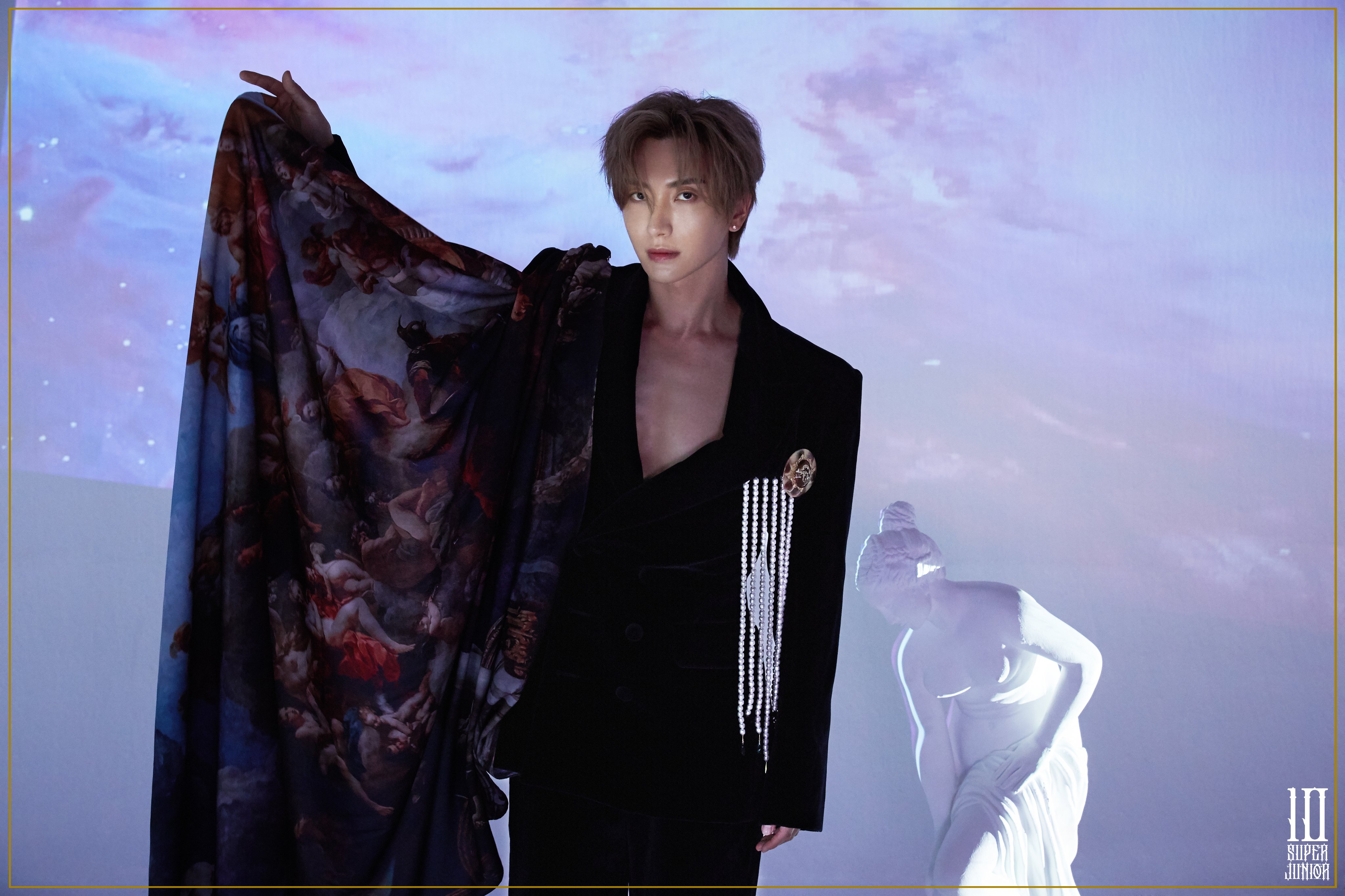 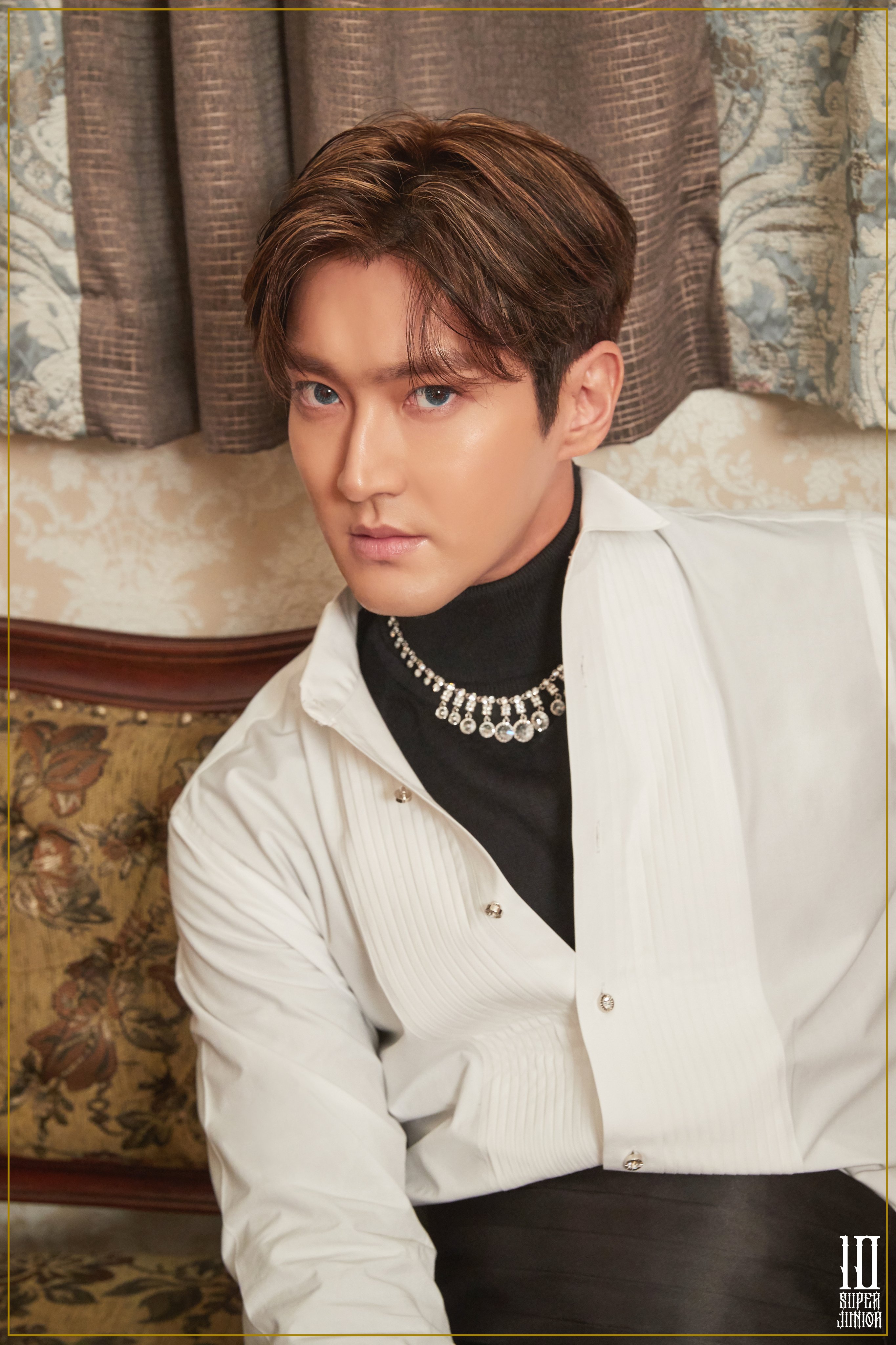 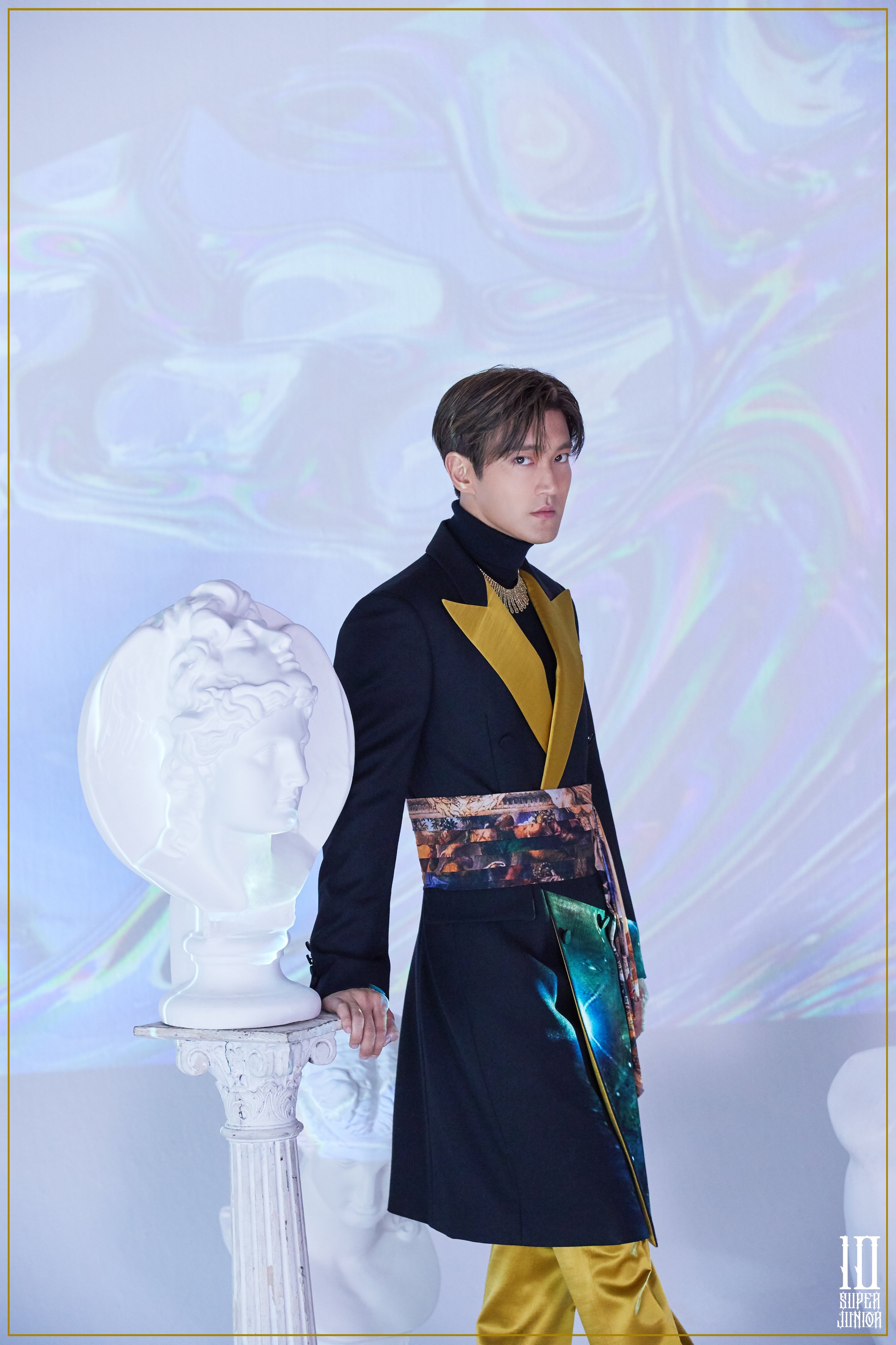 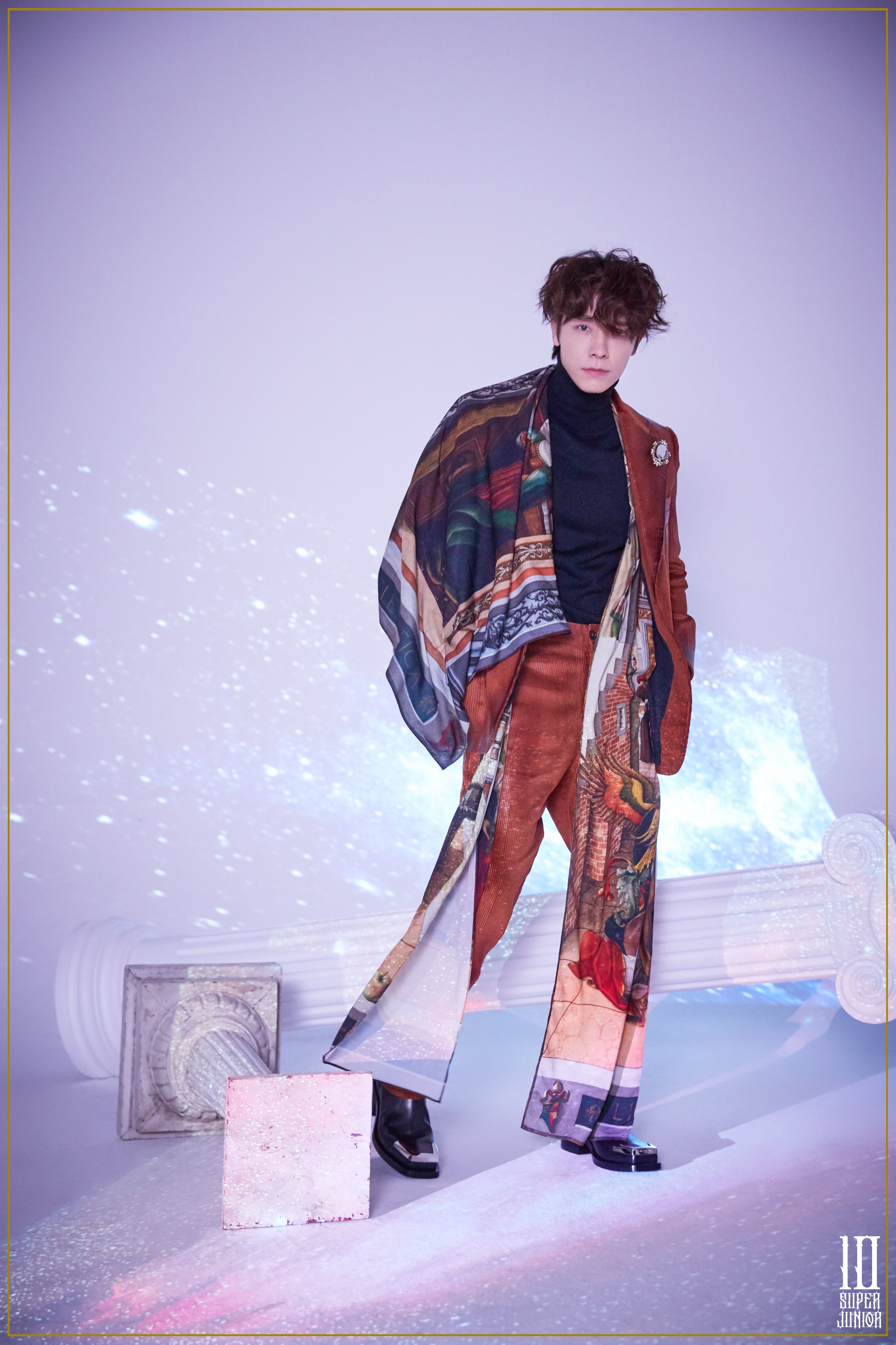 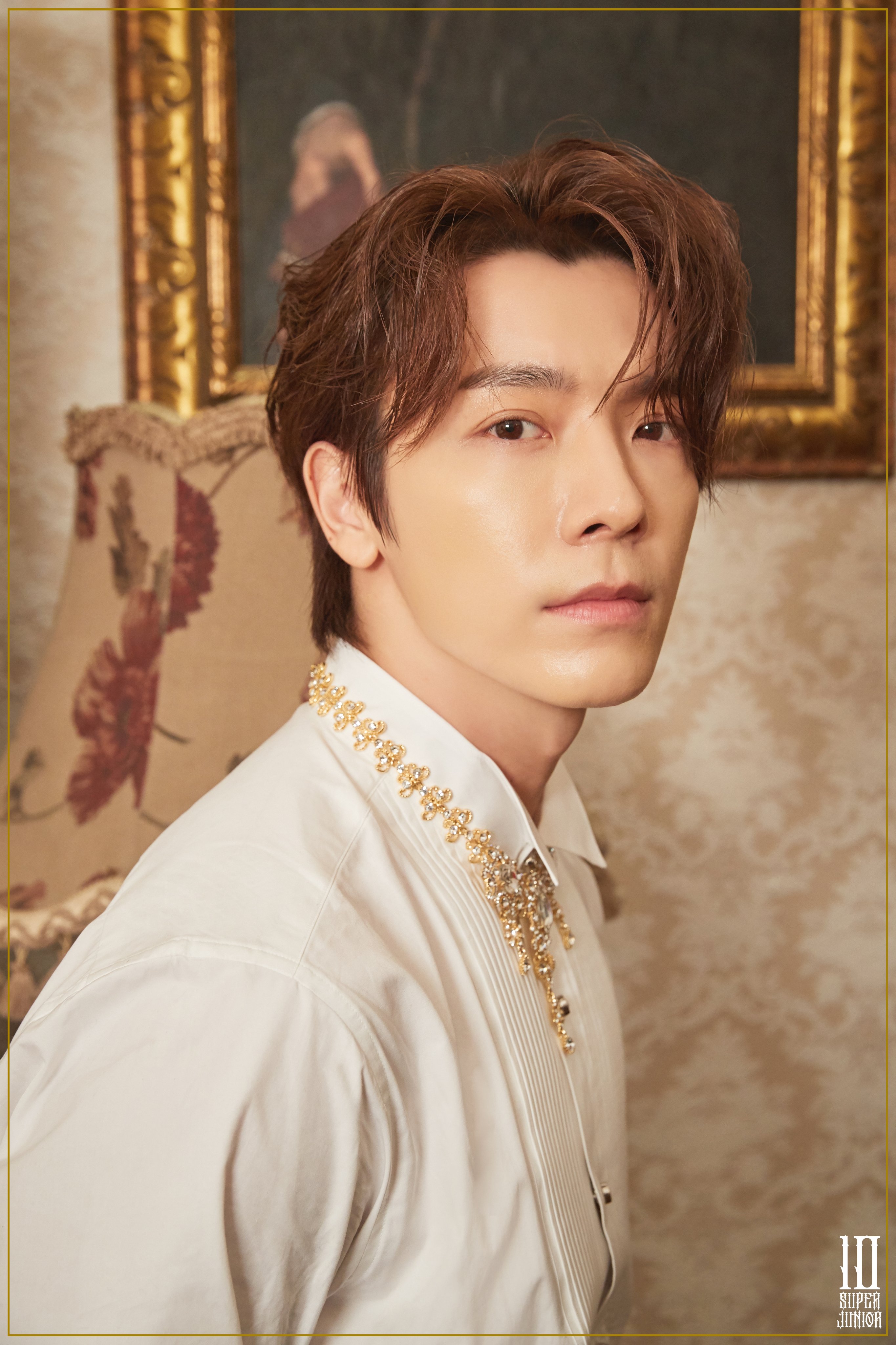 Super Junior shared unit teaser images of Donghae, Leeteuk, and Choi Siwon for the group’s “The Renaissance” comeback! They are called the “passionate unit.” 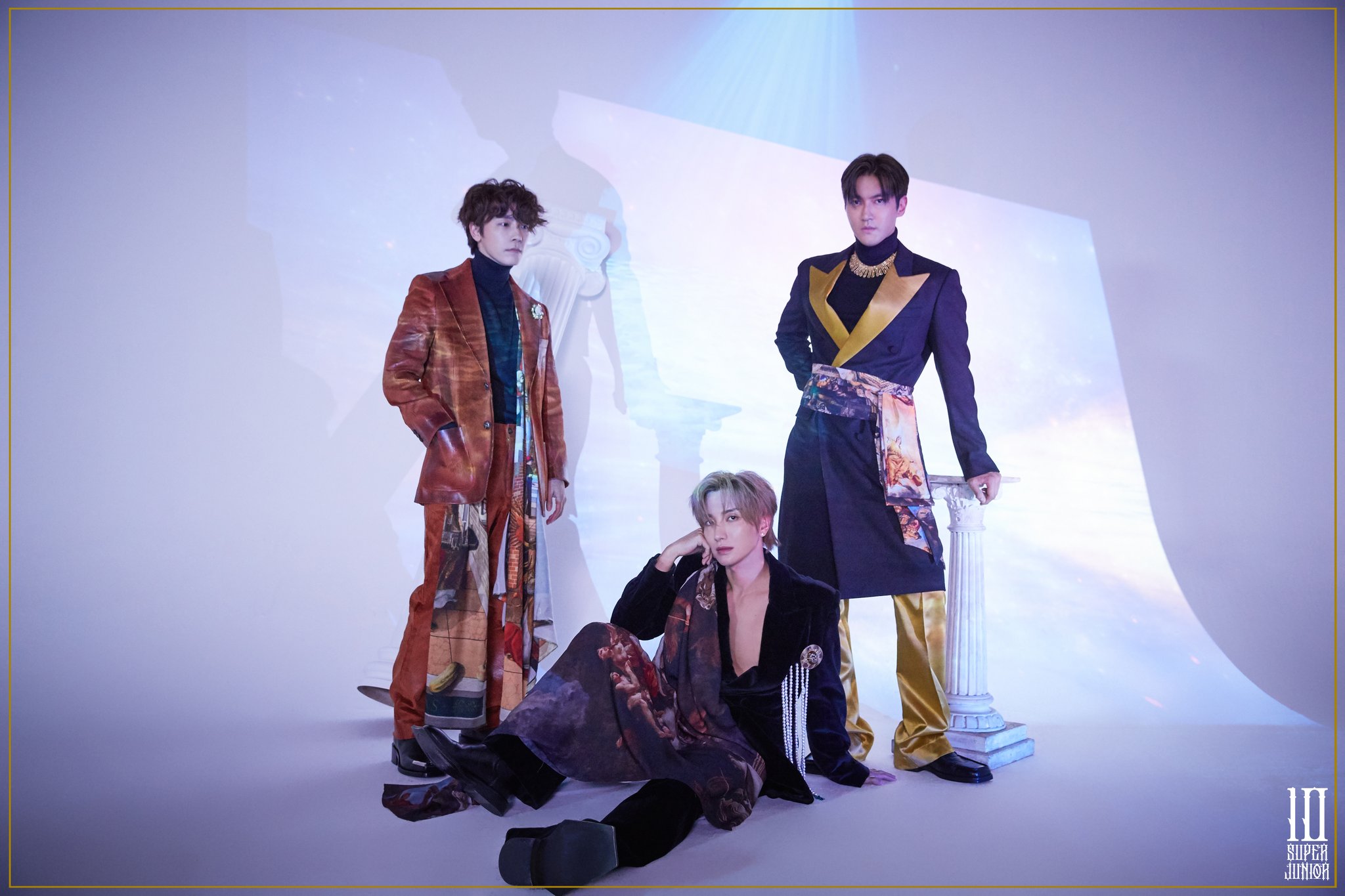 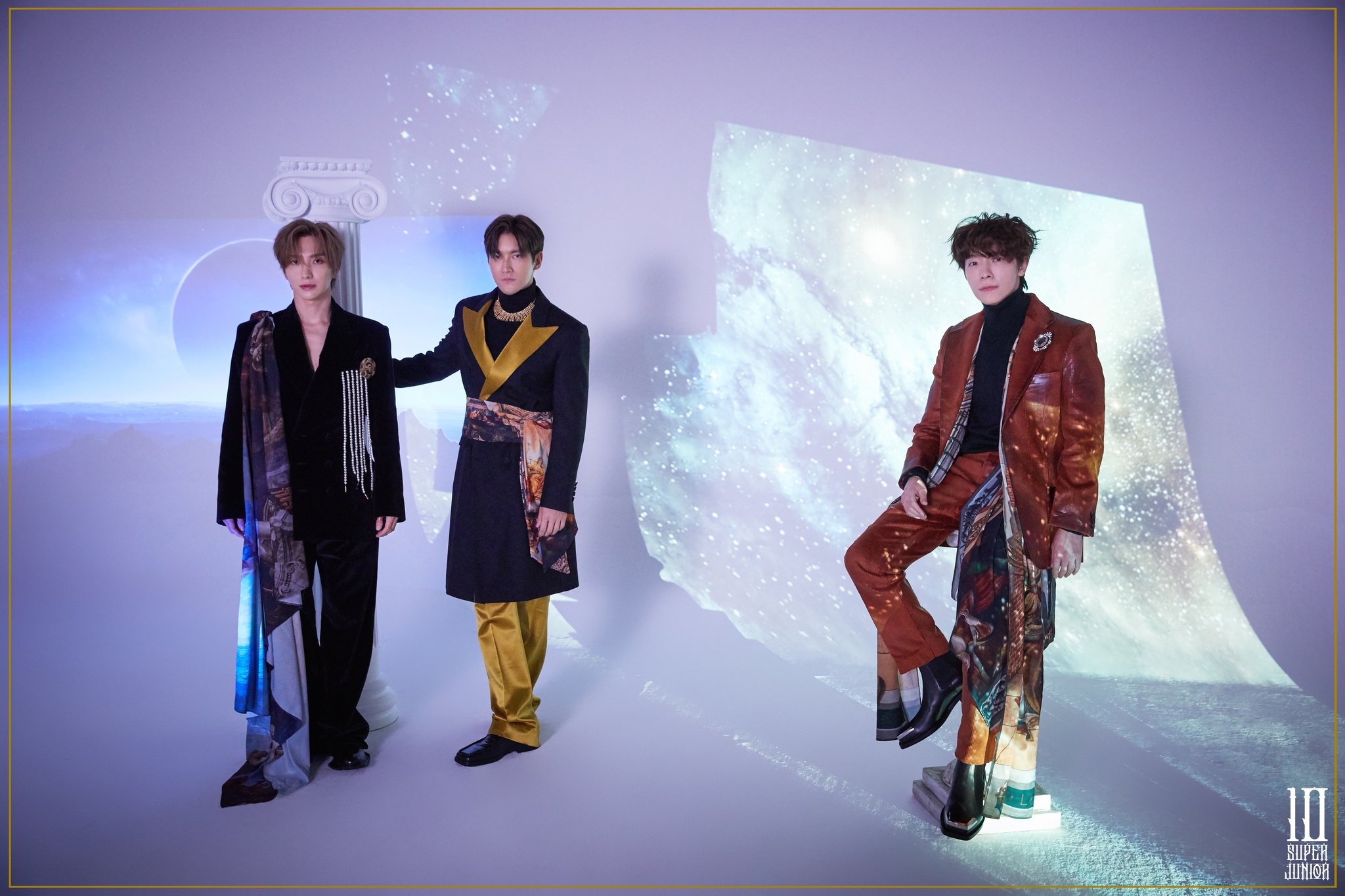 Super Junior has announced that the release of their upcoming album “The Renaissance” will be delayed.

Hello, this is Label SJ. First, we apologize to the fans who have been eagerly waiting for the new album.

The decision was made inevitably in order to create a more complete album, as it is an important album that celebrates Super Junior’s 15th debut anniversary. We ask fans for their kind understanding.

While album’s release has been postponed, Label SJ is preparing to release new content for pre-release tracks, such as the live clip for “Raining Spell for Love” that was revealed on December 2, and various other promotions each week until the official release of the album.

The detailed promotion schedule will be posted on our social media channels every week.

Please look forward to Super Junior’s 10th full album “The Renaissance” that is slated for release in January, and we once again ask fans for their understanding. 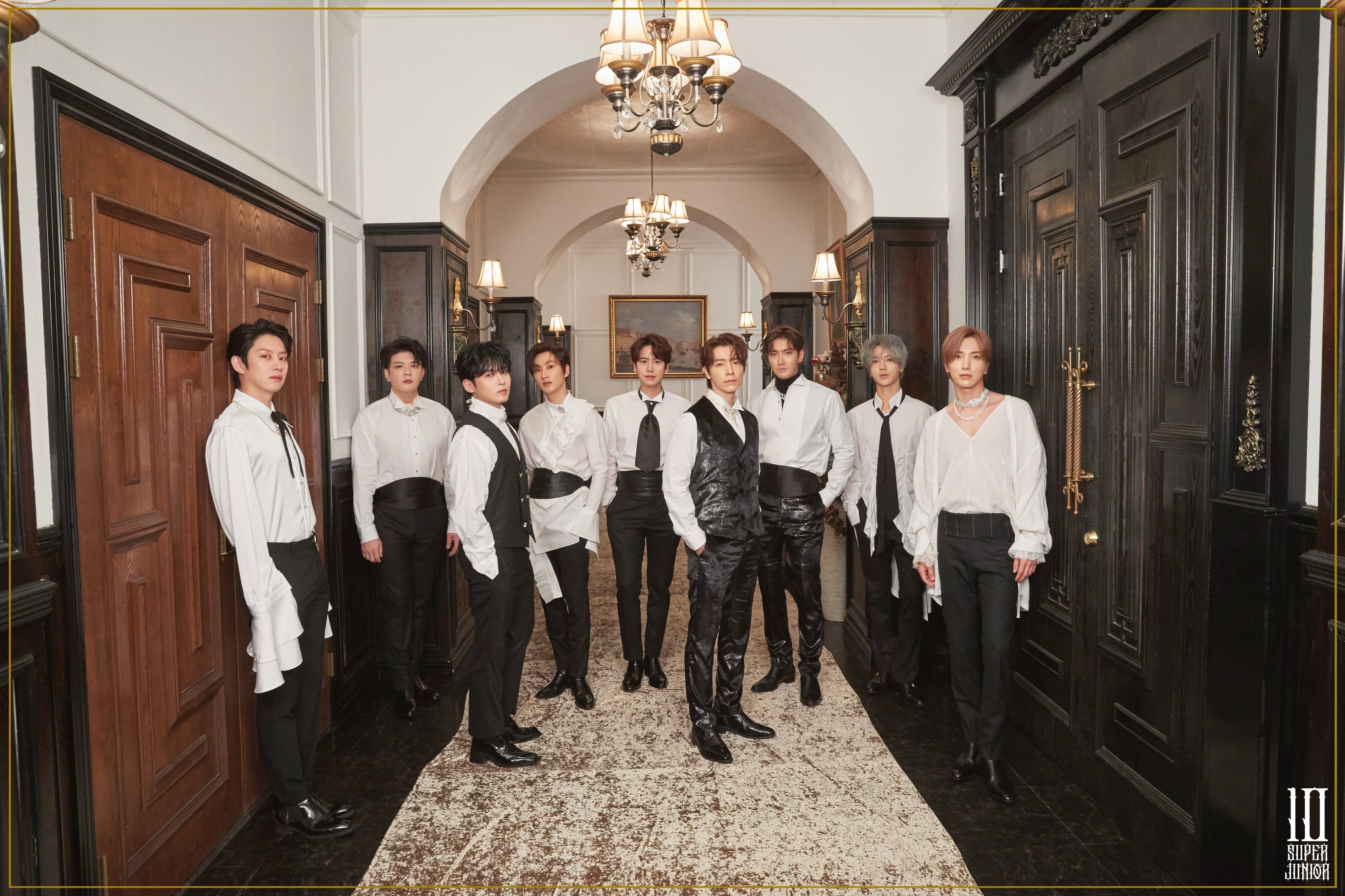 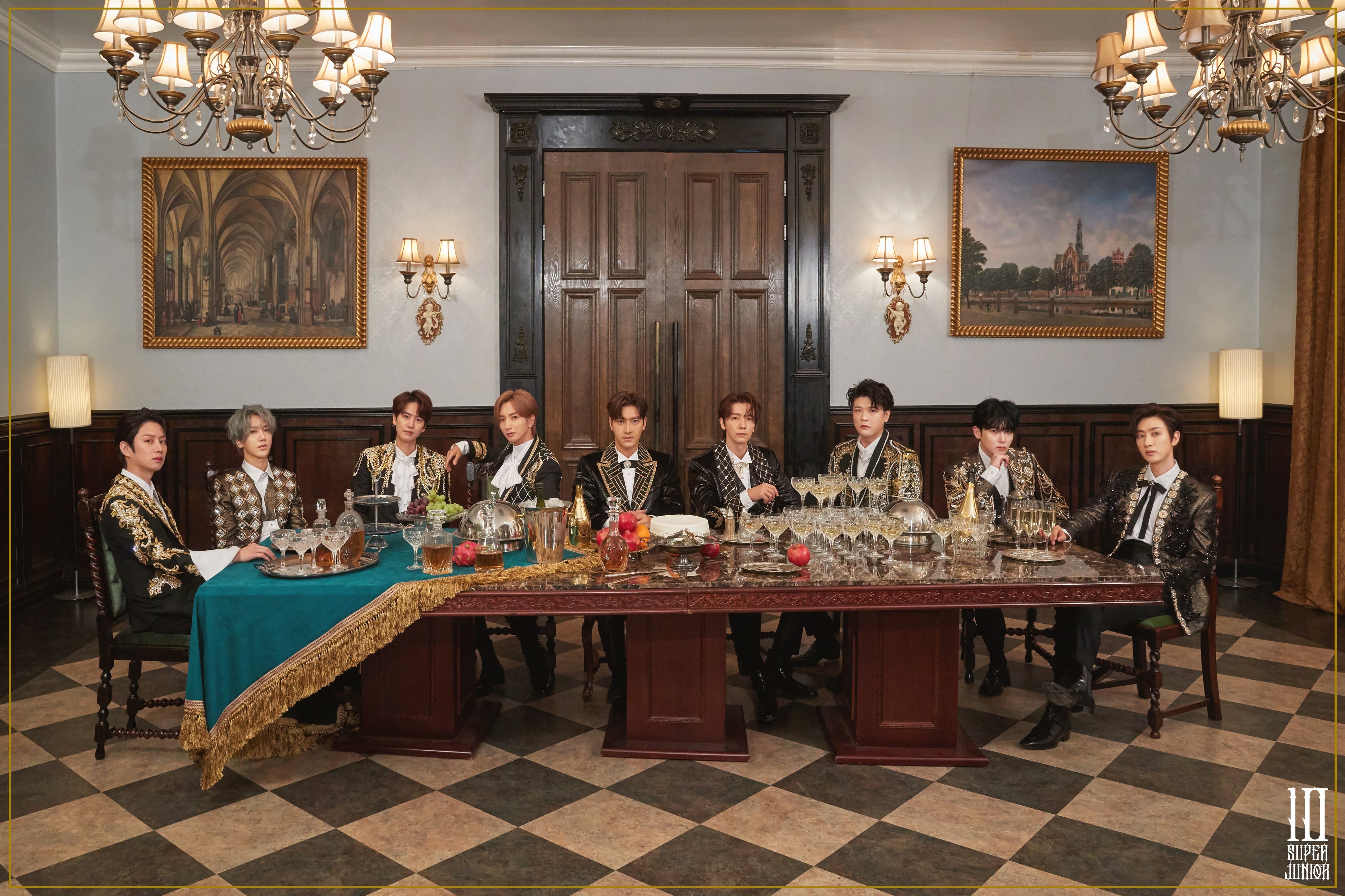 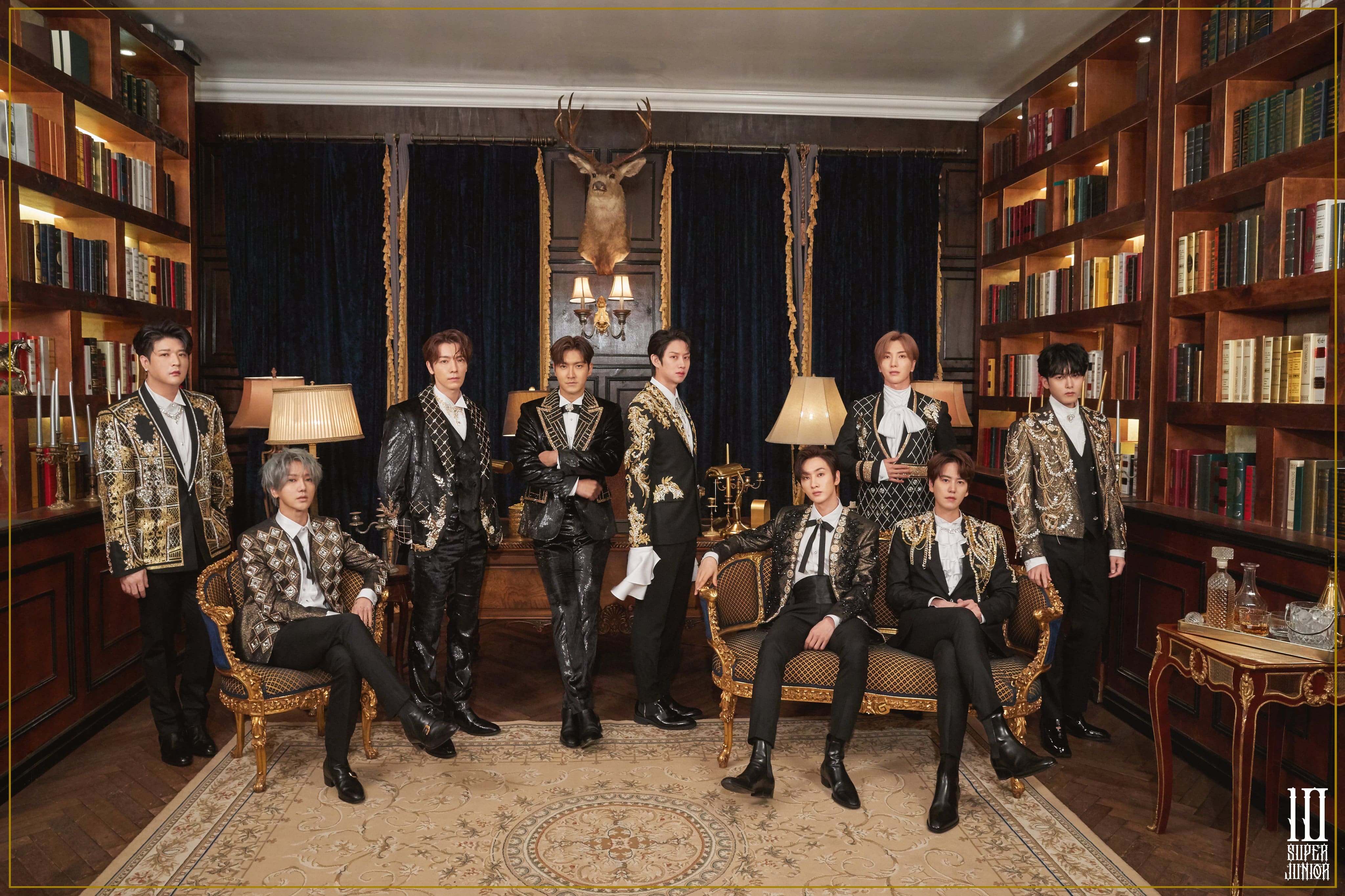 Super Junior has shared a live video of the remake version of “Raining Spell for Love”!

“Raining Spell for Love” was originally a track on Super Junior’s seventh full album “MAMACITA.” It is an R&B pop track about the emotions of a man going through a breakup. The new remake version adds trendy synth sounds and a sophisticated piano arrangement.

Watch Super Junior’s live performance video of the remake version of “Raining Spell for Love” below!

Super Junior has released a teaser for a remake version of “Raining Spell for Love” ahead of their comeback with “The Renaissance”!

A third lyric note teaser was released for Super Junior’s upcoming album, and it reads, “It’s only been one night / Would you lie here with me?” 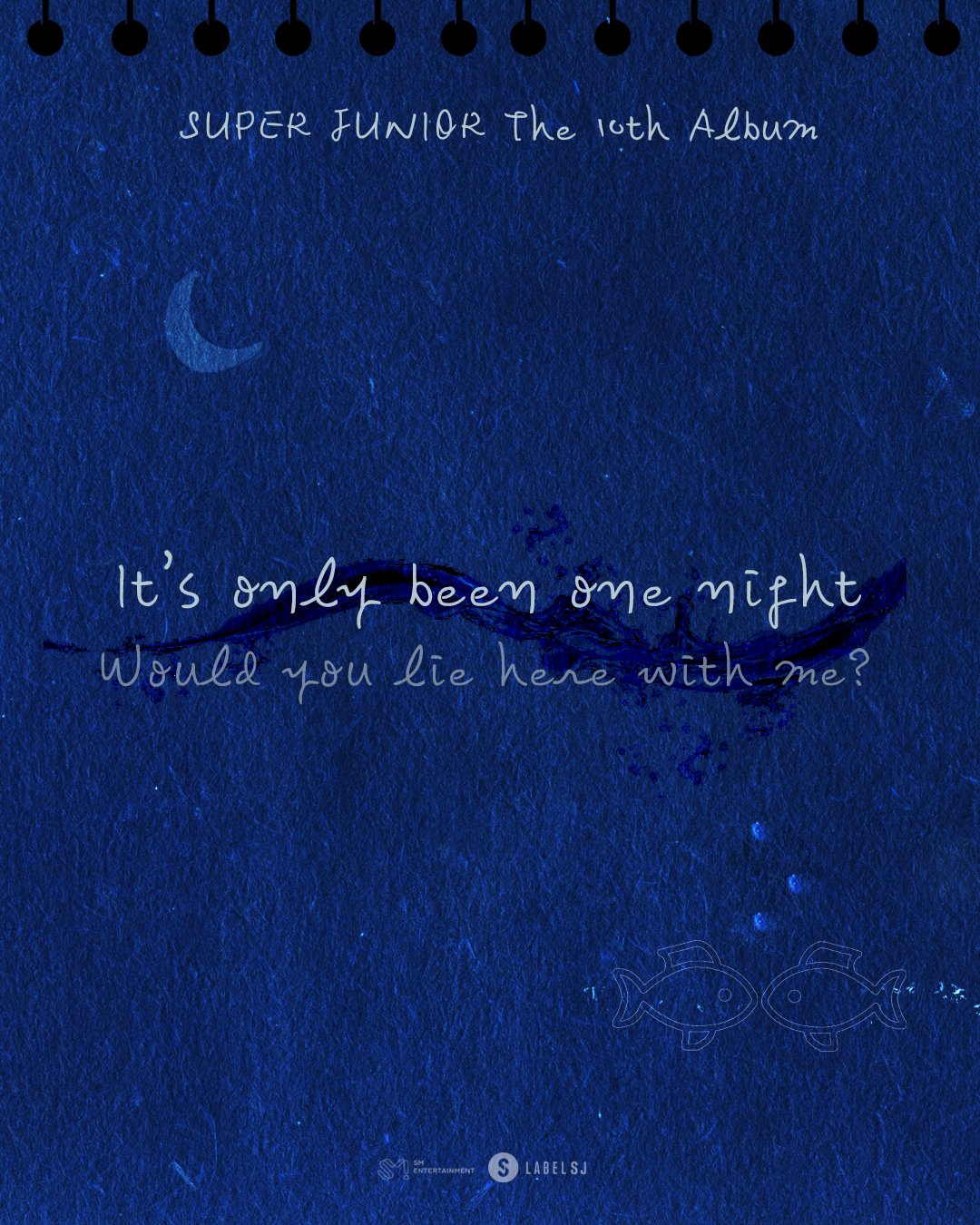 The first page reads, “Get your spell / Get your light,” and the second page says, “Oh, I’m not going to go out / Choose the truth or the lies / Sucker for the love.” 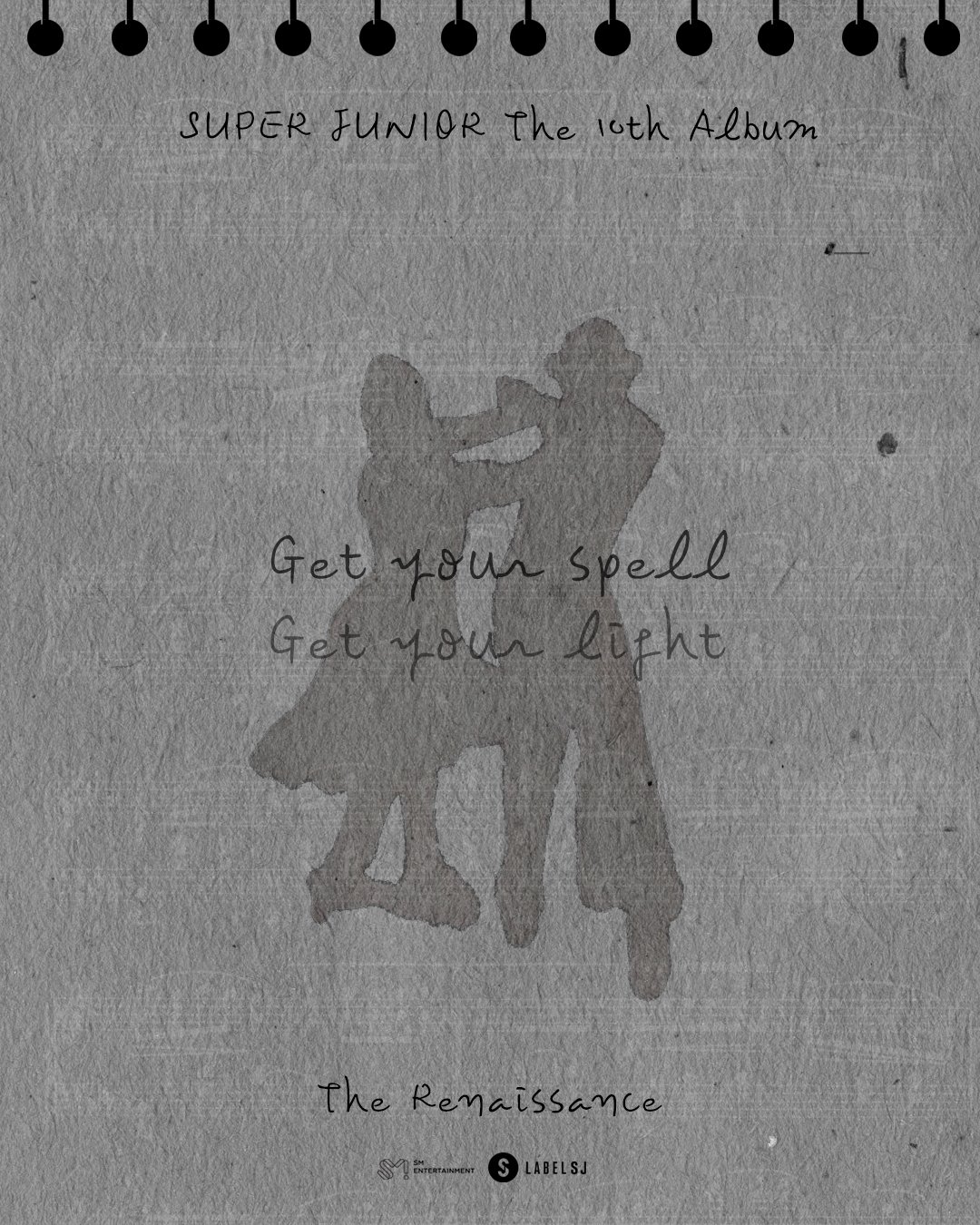 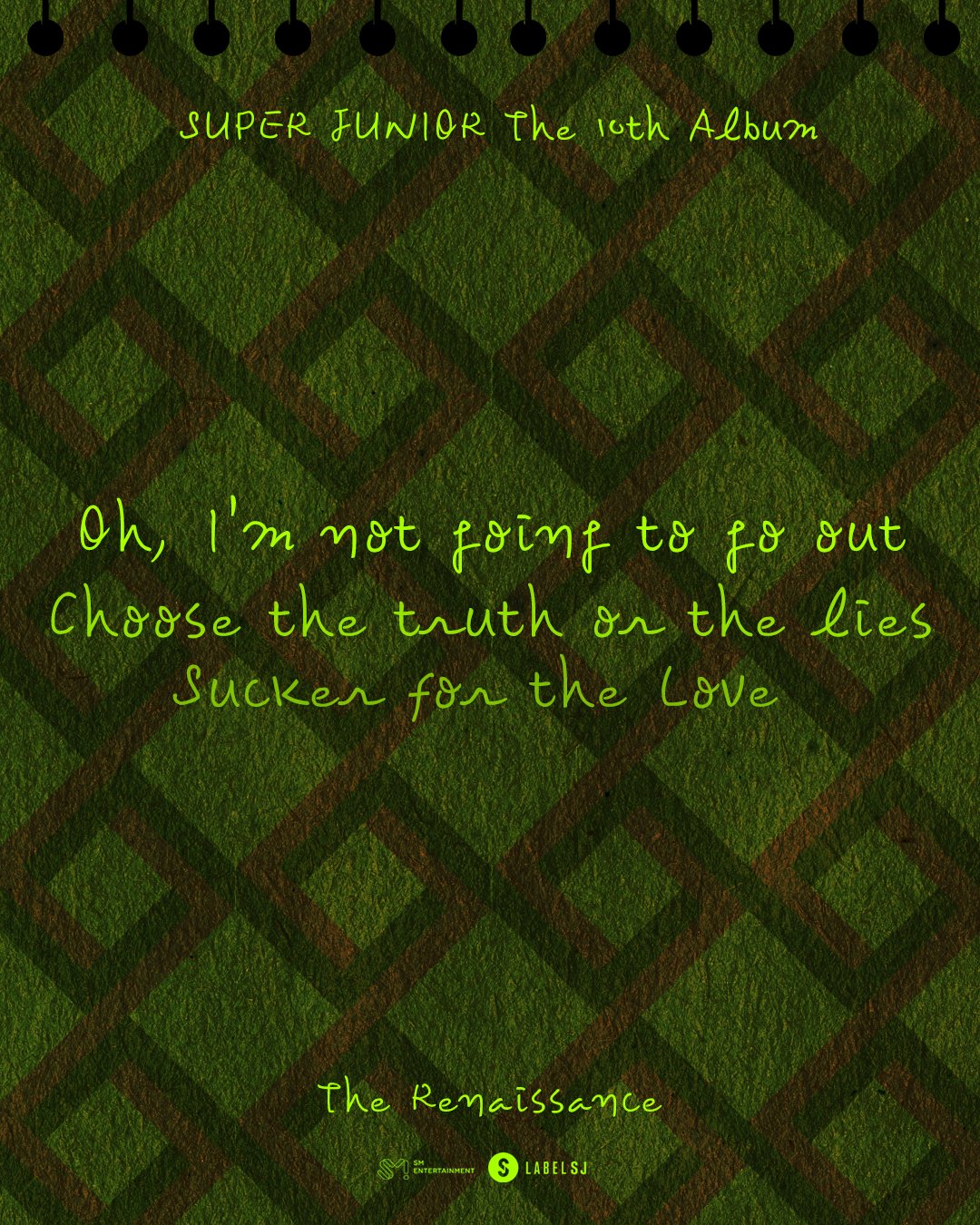 Super Junior has announced details for their upcoming album!

The group announced back in October that they will returning soon with their 10th full album, and they started by pre-releasing “The Melody” for their 15th anniversary.

On November 9, a story teaser was released for Super Junior’s 10th full album “The Renaissance.” The teaser features old-fashioned artwork with motion graphics and audio narrated by the members.

“The Renaissance” is scheduled to be released in December.

Check out the story teaser below: