WINNER’s Song Mino appeared as a guest on the November 9 broadcast of the radio show “Kim Young Chul’s Power FM”!

The idol, who recently returned with his second solo album “TAKE” and is currently promoting his title track “Run Away,” talked about music chart results. When asked if he checks the charts every day, he candidly replied, “No, but I’m seeing the reactions, and everyone seems to like my music, so I’m really grateful for that. I hope people enjoy listening to it.”

Radio host Kim Young Chul pointed out that Super Junior’s Kyuhyun, who previously appeared on the radio show, kept checking the music charts and pointing out the ranking of his song.

Song Mino, who is close friends with Kyuhyun and appears in the variety show “New Journey to the West” with him, commented while laughing, “I don’t think I’m as sensitive about Kyuhyun when it comes to music charts. He’s always so impatient.” Then he added one of his charms is being down-to-earth and laidback.

Song Mino also talked about the different titles he had brainstormed for his new album. He shared, “This is my first time revealing it, but some of the titles I had in mind were ‘LAD,’ ‘BOY,’ and ‘SOME.'”

Concerning his inspiration for his title track “Run Away,” he shared, “I went to Bali with my members, and we all stayed at different resorts. I came up with this song while star-gazing in the resort pool.”

Then Song Mino shared his love for sunflowers, which also appear in his “Run Away” music video, saying, “I started to like sunflowers last year. At first, I liked them because of the color yellow, but I heard sunflowers symbolize different things, like wealth. Then I started to like them even more because they’re common. I never knew they were so common, but after liking them, I started to see them everywhere. I even see them at store entrances. Then I realized that even though something is common, I won’t really see it unless I pay attention to it.” 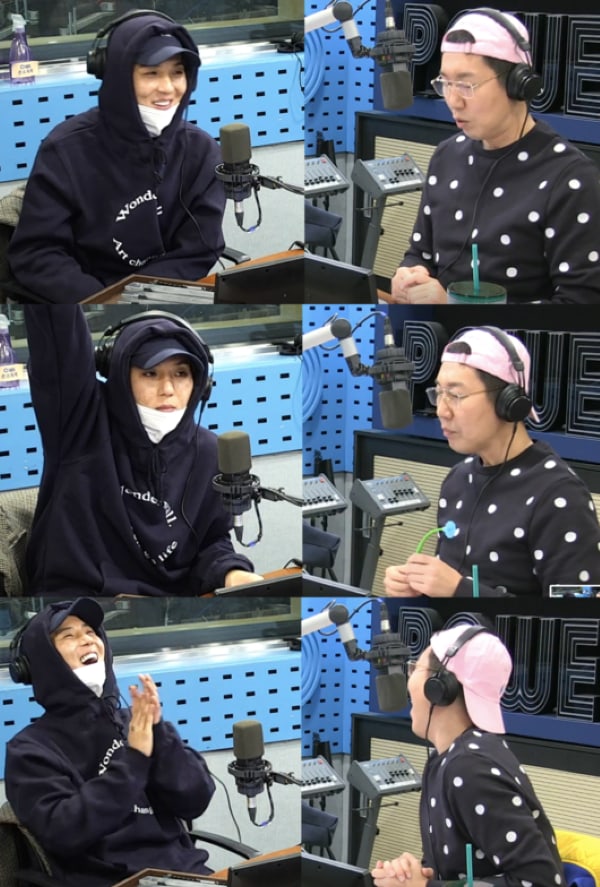 Song Mino discussed his clumsy image in “New Journey to the West.” Concerning the four-character quiz he keeps getting wrong, he said, “I’m actually good at it, but I’m too nervous on the show, so I keep missing it.”

Kim Young Chul shared that he heard Song Mino is actually a genius but just acts clumsy in order to be funny. Song Mino explained, “I think it’s true that I’m a genius. But rather than making an effort to be funny, I just say funny things because I’m a genius.”

Song Mino also drew a picture of his brain structure and shared that WINNER’s fan club Inner Circle holds the biggest space in it. Then he added he’s also thinking about his next solo album.