SHINee’s Taemin has returned with the second half of his third full album!

On November 9, Taemin held a Naver V Live broadcast titled “Taemin’s Act 2 Lecture: Idea Theory” to chat with fans about his latest album “Never Gonna Dance Again : Act 2.” Putting on a pair of glasses and gloves, Taemin transformed into a “professor” to introduce his album as a work of art. 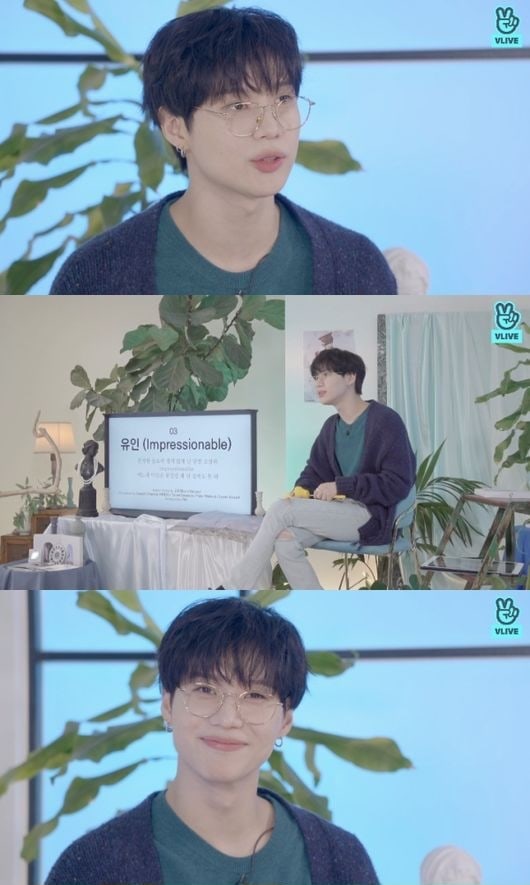 While going through the album, he spoke about his teaser photos of him rocking a new interpretation of the uniforms SHINee wore during their promotions with “Everybody.” Taemin explained, “This really holds a lot of different meanings.”

He added, “Considering how long I’ve been active, I think I have quite a few new fans.” Laughing, he continued, “Maybe they’re charmed by my honesty? Why do you like me? That’s something I want to ask.”

Taemin began to go through each song on the album, playing snippets and sharing stories. When he got to “Be Your Enemy,” which features Red Velvet’s Wendy, Taemin commented, “Before Wendy helped me out, I recorded it all on my own. No matter how much I listened to it, I thought that it’d be better if a man and woman sang it together. I asked because I really like Wendy’s voice and she agreed without hesitation so we were able to complete it beautifully.”

He expressed his gratitude for fans, explaining, “When I’m having a hard time, what gives me comfort is not one phrase, but many phrases. As the letters I received from fans kept piling up, I felt comforted. To define that in one word, it’s your ‘love.’ Since the word ‘love’ is so common this might not communicate it well, but I think it’s the most appropriate word.” 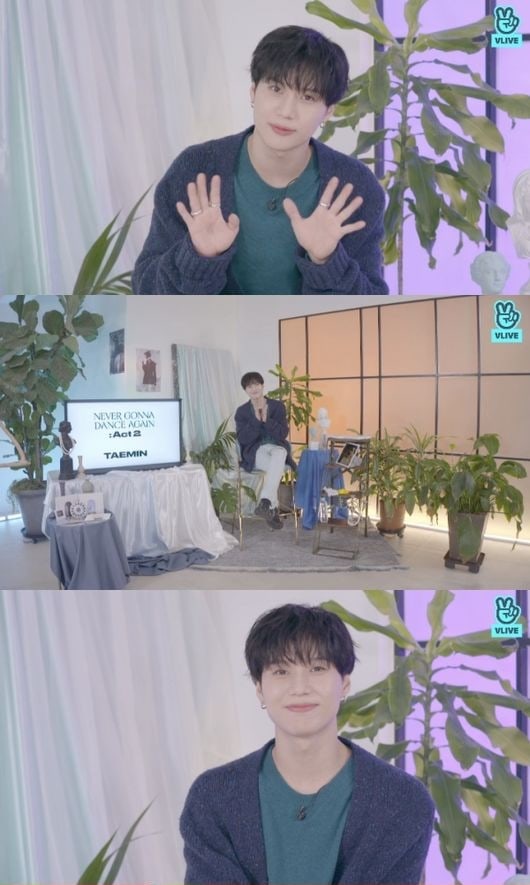 Regarding when he thinks of his fans most, Taemin picked right before bed. He shared, “Although I think of them often here and there, I do think about them a lot before sleeping. When I feel lonely and empty, I think a lot about my fans. It’s sad that there are more and more non-contact events now, so when I’m alone, I think of them more and miss them.”

Taemin elaborated, “There are moments when I think our bond is stronger than any other team’s. There are many times when our fans would be so much more passionate than others. Such as when they promote my albums with stickers on their cars. I think it’s so passionate that they act like this. These are the moments where I think, ‘We are really special. I am so lucky.” 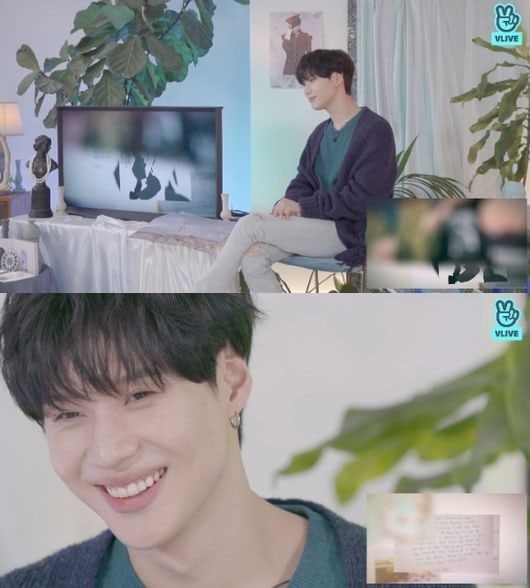 At the end of the broadcast, Taemin talked about these album preparations, sharing, “On one hand, I feel relieved and am looking forward to the next one. I want to change the way I’ve been thinking about a lot of different things and then stand in front of you all. When I become new, everything changes again so I’m pursuing that self-transformation. I’m curious about my future self and it feels bittersweet.”

Red Velvet
SHINee
Wendy
Taemin
How does this article make you feel?