tvN’s hit drama “Tale of the Nine-Tailed” has been putting dramatic and romantic spins on an impactful line!

The drama left fans wanting more last week when episode 10 ended with an intense scene in which Imoogi made an offer to Lee Yeon: he’ll let everyone survive if Lee Yeon just gives him his body.

This was far from the first time that the show has featured such a memorable closing scene. In particular, there have been three episodes that ended on moments that served as important points in the story of Lee Yeon and Nam Ji Ah’s romance and left fans wanting more. All three of these endings featured a similar line but very different emotions. Relive them below!

The show left a big first impression on viewers with its premiere, and that included the powerful ending to the episode. After Nam Ji Ah realized that Lee Yeon wasn’t human, she let herself drop off his balcony in an attempt to confirm his true identity, provoking him by taking with her a USB with footage that proved his supernatural powers. Lee Yeon saved her by catching her in the air.

While he was angry at the way Nam Ji Ah had tested him, she said to him, “I’ve been waiting for you.” She then injected him in the neck using a syringe, and viewers made sure to tune in to the next episode to see what happened next to this pair. 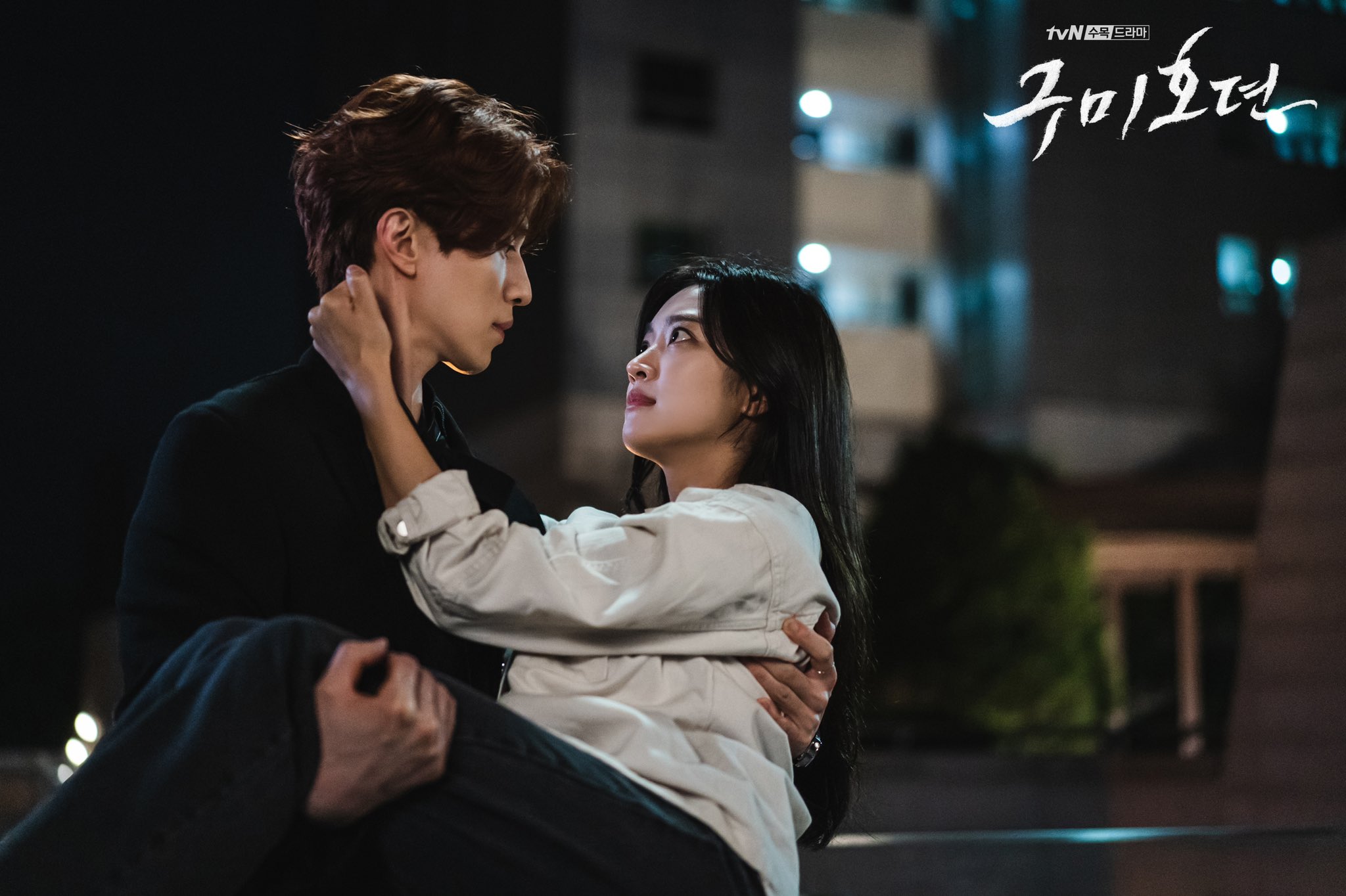 2. The fox bead and heartache: “I’ve been waiting for you too.”

Lee Yeon thought that Nam Ji Ah might be the reincarnation of his first love Ah Eum, who died 600 years ago, as they both look the same and his hypnosis hadn’t worked on Nam Ji Ah. He used his powers on the island to kill the shaman and save Nam Ji Ah from becoming a human sacrifice, which led to him being punished by the underworld. When Lee Yeon sensed that Nam Ji Ah was in danger when she encountered Lee Rang (Kim Bum) at a funeral, he chose to attempt to escape the underworld by taking a deadly route. After he made it out, he saved Nam Ji Ah from the ghosts that were chasing her and then collapsed, bloody from his narrow escape.

Nam Ji Ah ran to Lee Yeon and held him in her arms, pleading in tears, “Please don’t die… Don’t die because of me.” This activated Lee Yeon’s fox bead, confirming that Nam Ji Ah is the reincarnation of Ah Eum. When Lee Yeon saw this, he said, “I… I’ve been waiting for you too” and gave a tearful smile. 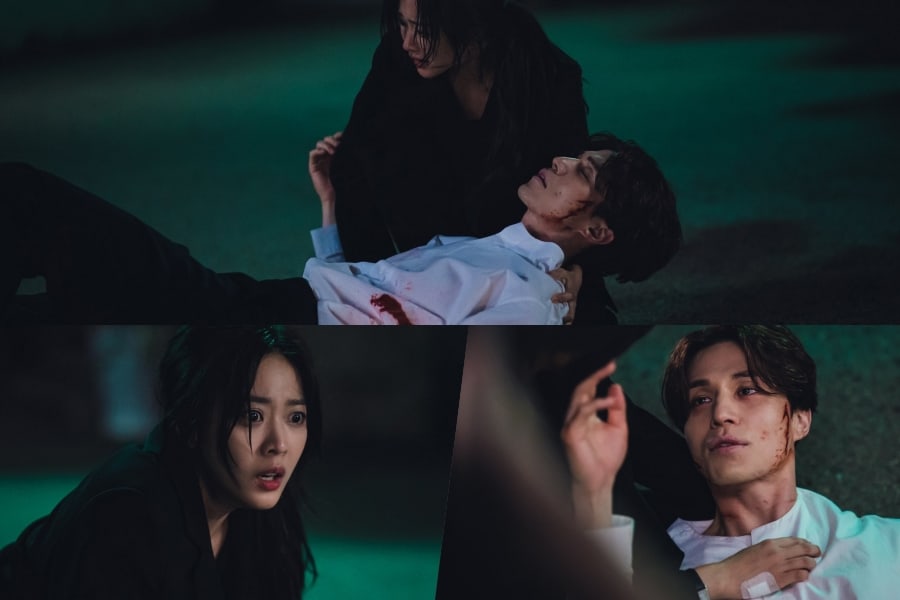 3. A reunion and romance: “I’ve been waiting for you.”

Lee Yeon and Nam Ji Ah were forced apart by a misunderstanding after Nam Ji Ah saw a glimpse of her past life, but they greatly missed each other. Nam Ji Ah then became caught in the trap set by the villainous Eodugsini, who was working with Imoogi, and she found herself in her parents’ car 21 years ago right before the crash. Stuck in the dream, she eventually managed to get out by following Lee Yeon’s advice. Lee Yeon was also suffering in his own nightmare, but he was able to eliminate the Eodugsini and deliver a warning to Imoogi.

When Lee Yeon returned to reality, he stood in the rain with his signature red umbrella, and Nam Ji Ah ran across the street to embrace him and say, “I’ve been waiting for you.” They then deepened the romance with a kiss in the rain. 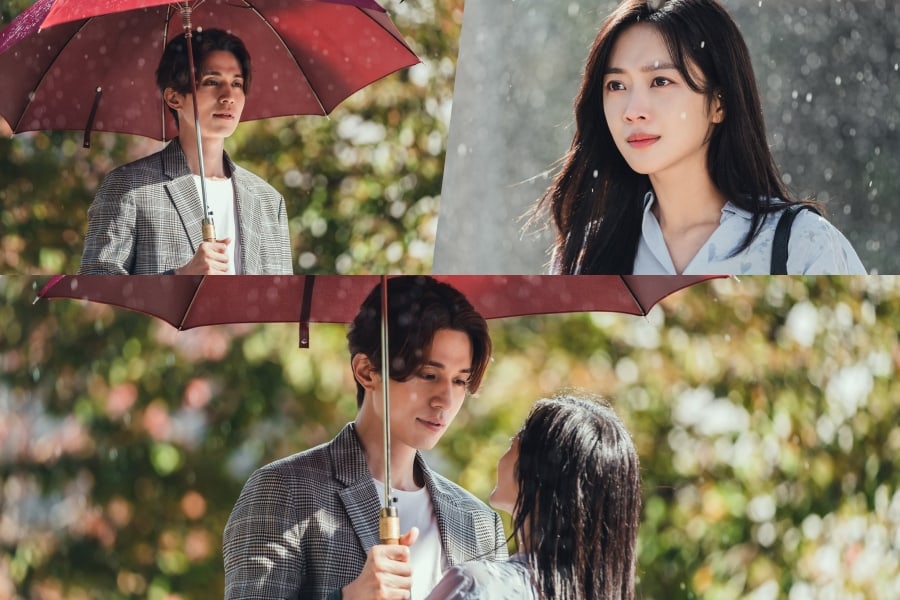 The production team for the show stated, “The ‘Tale of the Nine-Tailed’ episode endings, which have featured very different emotions, have shown the process of Lee Yeon and Nam Ji Ah naturally connecting with each other.” They encouraged viewers to stay tuned to see whether their romance will be able to endure. 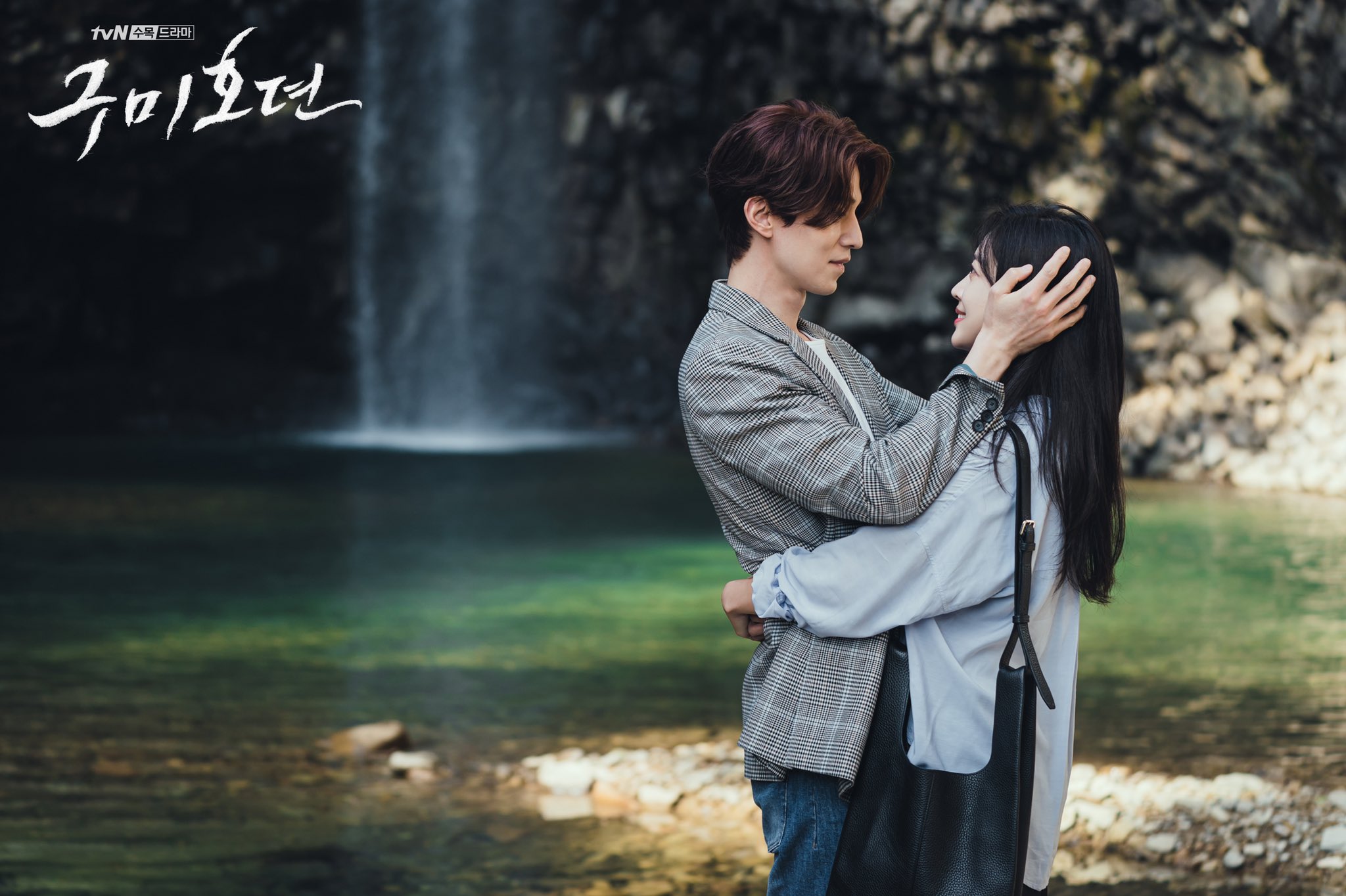 “Tale of the Nine-Tailed” next airs on November 11.