YoonA Transforms Into A Passionate Reporter In New Posters For “Hush”

The drama is about the everyday struggles and ethical dilemmas of newspaper reporters. It will portray their problems as ones that all office workers deal with, rather than just reporters.

Hwang Jung Min takes the role of Han Joon Hyuk, a veteran reporter who’s lost his passion for the work because of the harsh reality of the industry. In contrast, Girls’ Generation’s YoonA plays the spirited and bold intern reporter Lee Ji Soo.

In the newly released poster, Lee Ji Soo focuses intently on the computer screen monitor while sitting on a desk overloaded with piles of documents and paperwork. Along with the text, “A pen is mightier than a gun,” Lee Ji Soo exhibits a passionate gaze burning with a resolve to become a true reporter and give it her all. 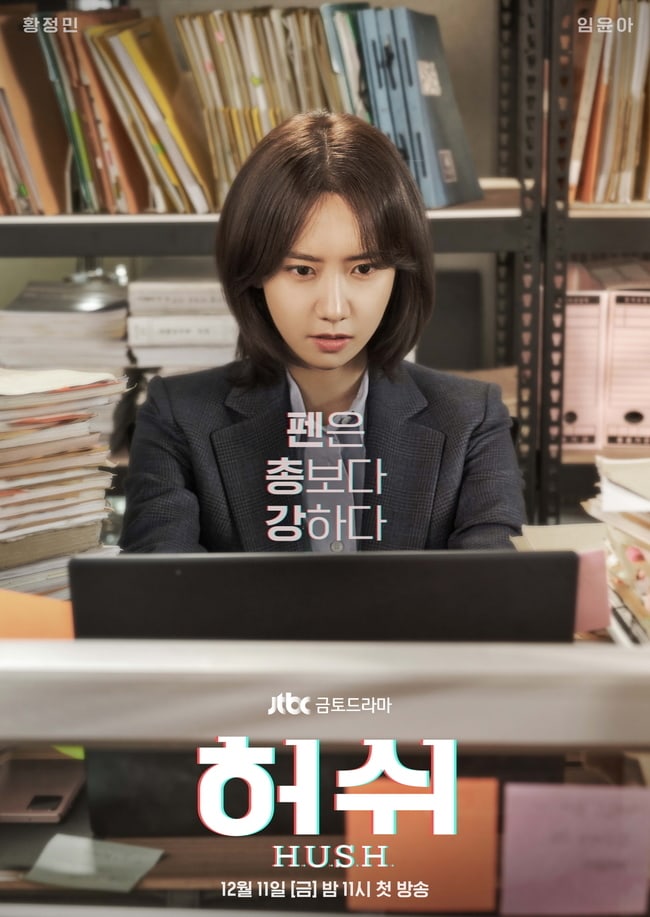 However, the second poster of Lee Ji Soo reveals an unexpected twist. Lee Ji Soo sends a shushing signal with one finger, and behind her is a laptop that reveals she has actually been pondering on the lunch menu. Her readiness to protect her meals is as strong as her desire to uncover the truth. The poster also has Lee Ji Soo’s life motto, “However, food is mightier than a pen.” Viewers are curious to see how the drama will portray the lives of salaried reporters who work to make a living. 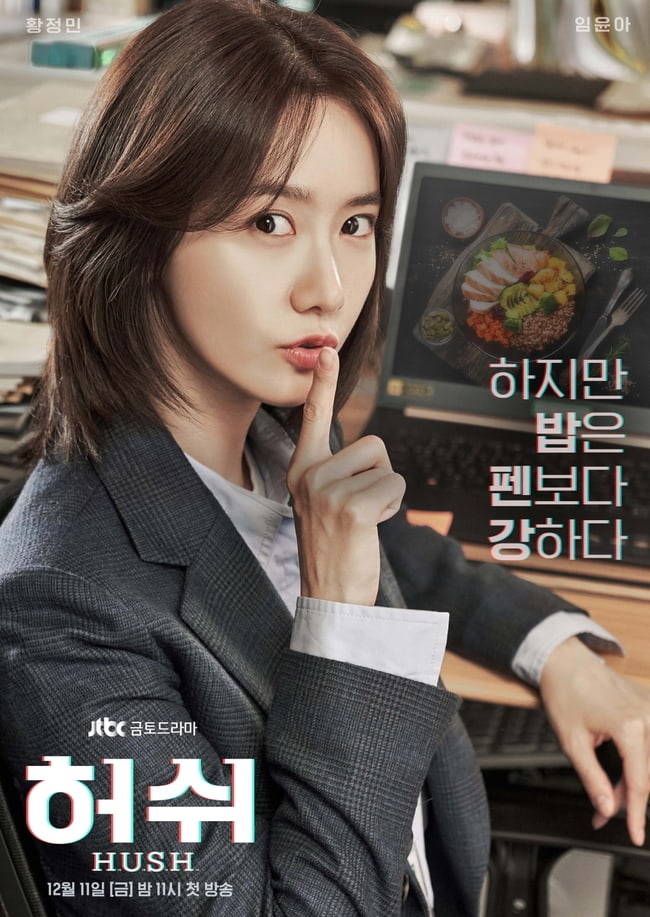 Following her solid acting in last year’s hit film “E.X.I.T,” YoonA is expected to show her matured acting skills through her hilarious yet sincere portrayal of Lee Ji Soo’s growth. The production team shared, “Viewers can look forward to YoonA’s acting transformation as she dynamically portrays intern Lee Ji Soo’s extreme survival story and dazzling growth as a reporter.” They added, “In particular, please look forward to her special synergy with Hwang Jung Min, who will play the unmotivated reporter Han Joon Hyuk, as they stimulate each other’s growth. They will present a relatable reality that will make viewers laugh and cry.”

JTBC’s “Hush” will premiere on December 11 at 11 p.m. KST following the conclusion of “More Than Friends.”

In the meantime, watch “More Than Friends” below: