MBC’s “The Spies Who Loved Me” has released new stills ahead of tonight’s episode!

In the previous episode, Jun Ji Hoon discovered something out of the ordinary and carried out an intense battle of nerves with Derek Hyun. Kang Ah Reum, having found out that the late Sophie (Yoon So Hee) was her husband’s previous lover, also started to add fuel to the fire in the unpredictable intelligence war.

In the new stills, Jun Ji Hoon stares down a hidden camera in Kang Ah Reum’s wedding dress shop, which he discovers after disguising himself as a delivery driver to infiltrate the room. The next still shows him observing Derek Hyun through the monitor after successfully hacking the camera. Derek Hyun seems to know that someone is watching him as he stands at the desk, looking up toward the ceiling where the camera is hidden. Curiosity is mounting about whether or not Jun Ji Hoon will figure out Derek Hyun’s true identity as well as the reason why Derek Hyun is keeping a close eye on Kang Ah Reum.

As expected, Kang Ah Reum has taken notice of Derek Hyun’s suspicious actions. In one still, Derek Hyun converses in private with DDK Group’s CEO Kim Dong Taek (Jang Jae Ho). Witnessing her husband’s sly smile, Kang Ah Reum grows suspicious and folds her arms over her chest. After Sophie’s death caused a setback in his plans, Derek Hyun has begun a new operation, with his connection to Sophie’s death yet to be revealed. 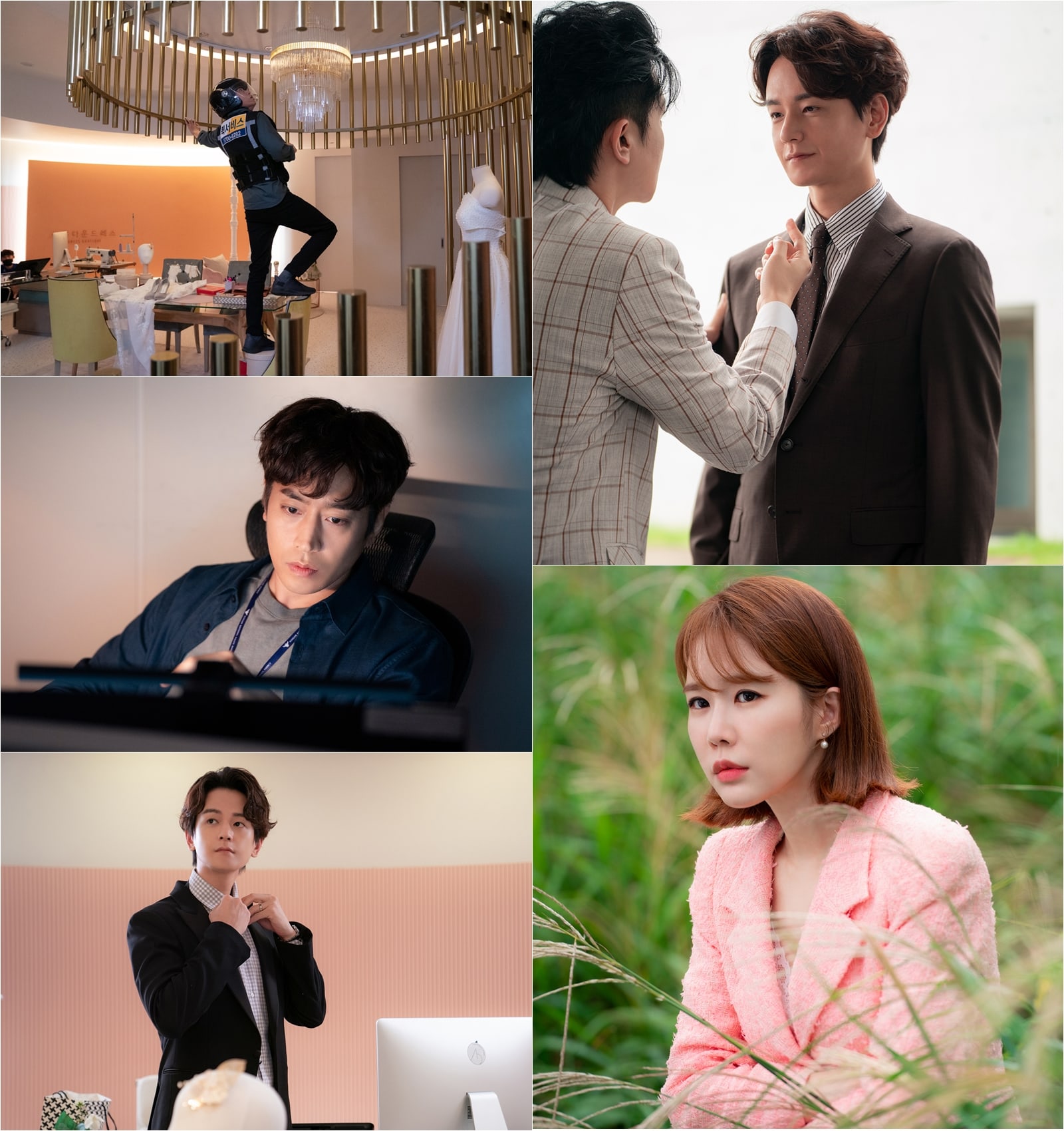 The drama’s production team commented, “Alongside changes in the trio’s relationships, the intelligence war will continue to heat up. Look out for how Kang Ah Reum will carry out her promise to cooperate with Jun Ji Hoon. Additionally, Derek Hyun will throw a curveball that is sure to surprise Jun Ji Hoon and Kang Ah Reum.”

In the meantime, watch Yoo In Na in “Touch Your Heart” below: