JTBC has revealed new character posters of the cast in its upcoming drama “Run On”!

The new posters feature Girls’ Generation’s Sooyoung and Kang Tae Oh. Sooyoung plays sports agency CEO Seo Dan Ah, who was the only child of Seomyung Group but was pushed down the order of successors for being female. Kang Tae Oh plays Lee Young Hwa, a popular art student who is handsome, kind, and charming.

In her poster, Seo Dan Ah is smiling calmly and confidently as she perches on a windowsill next to a painting. The caption reads, “A woman who thinks the only way to fail is to not try,” capturing her ambitious personality. Unsatisfied with her high-ranking position at the sports agency and her wealthy background, Seo Dan Ah is the type to work endlessly to reach even loftier goals. 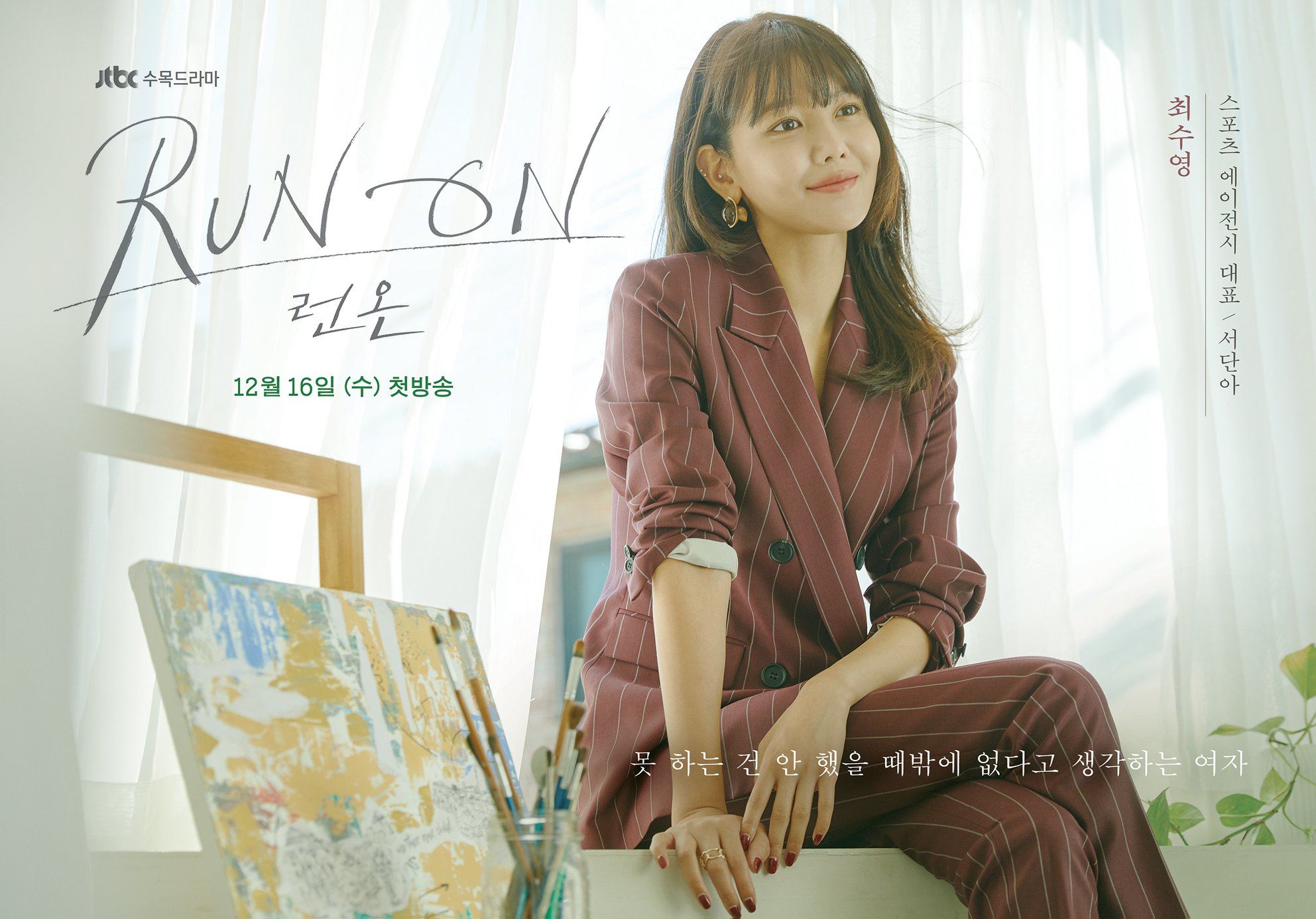 In his poster, Lee Young Hwa wears an apron smudged with paint as he sits among his art materials, a bright smile on his face. His caption reads, “A man who thinks controlling his feelings is impossible.” This pure mindset is exactly what gave him the courage to be straightforward in approaching Seo Dan Ah, and his sweet and warm personality is reflected in his soft appearance. 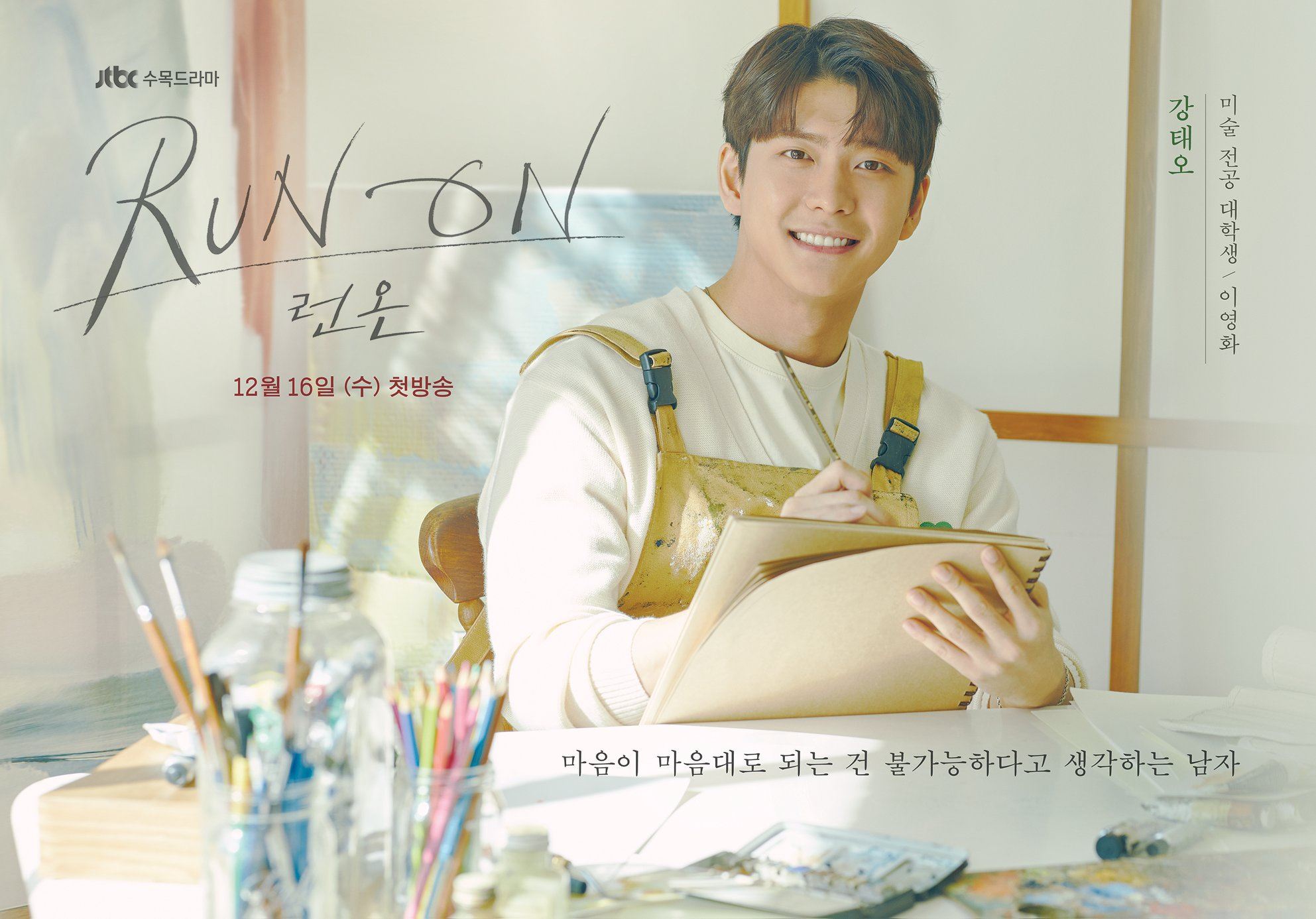 The drama’s production team commented, “The key point in these character posters is their perspectives. Seo Dan Ah is sitting on the windowsill and observing Lee Young Hwa, who is looking up at her. If you try to imagine the moment at which their gazes will meet, you can get a glimpse into the storyline of their romance. Please look forward to the romance that will keep your hearts warm this winter.”

In the meantime, watch Sooyoung in “Tell Me What You Saw” below: