The junior judges on “Sing Again” shared their thoughts about taking on their roles as well as key points to look out for in the show!

“Sing Again” is a “rebooting” audition program that will give unknown or forgotten singers another chance to take the stage and show their skills in front of the public. It’s helmed by the producers of “Sugar Man,” and it will be hosted by Lee Seung Gi.

Sunmi said, “It’s an honor that my name is included in the lineup of this powerful group of judges” and vowed to do her best. Lee Hae Ri said, “This is my first time judging auditions, so I’m very excited and nervous. I’ll feel a sense of responsibility as I take on the role.”

Kyuhyun, who debuted with Super Junior in 2006, commented, “I’ve already become the junior judge with the most years of experience.” He said, “As the representative of the juniors, I’ll make sure that the juniors don’t lose our nerve among the senior judges and are able to speak up.”

When asked what the difference is between them and the seniors with their experience and longer careers, Song Mino stated that he thinks the juniors might be better at understanding today’s quickly changing trends and sharing information about them.

Each judge also talked about their own judging criteria. Lee Hae Ri said, “Since I’m a singer, I think I’ll probably focus a lot of my attention on their skill at conveying the song.”

Sunmi and Song Mino said that they might be looking more at whether the contestants can command the stage with their performances. Kyuhyun stated, “Their singing skills are important but I think I’ll look at whether they can touch the hearts of the listeners.”

Song Mino has personal experience with competition shows as he was the runner-up on “Show Me the Money 4.” When asked to give tips to the contestants, Song Mino said that the most important thing when he was on the show was focusing on each performance.

“Everyone will likely be very nervous but since they’ve practiced so hard to get to this point, I think they’ll be able to captivate the audience with their performance if they believe in themselves and focus,” said Song Mino. 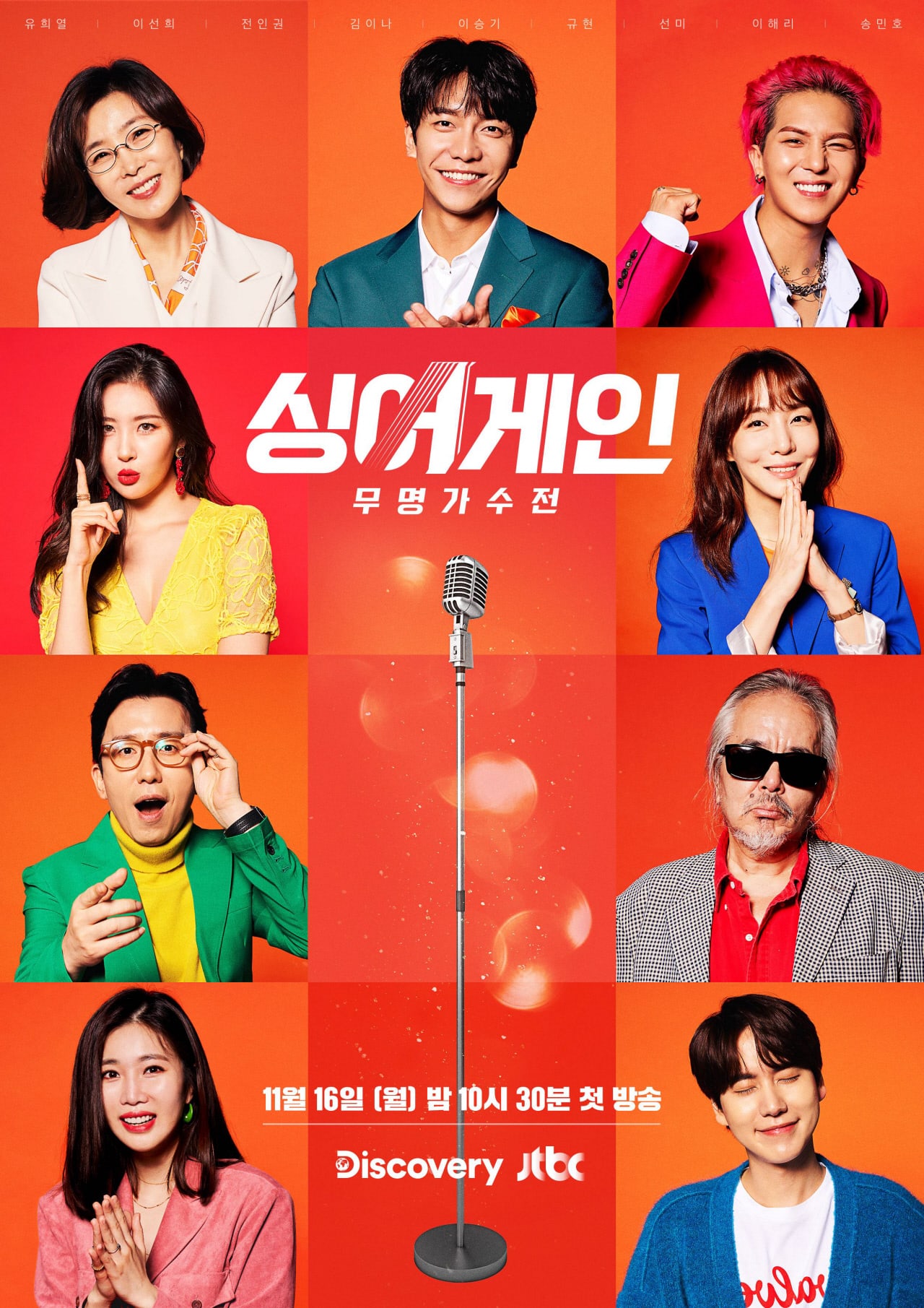 The junior judges were asked to describe the key points of the show. Kyuhyun said, “‘Sing Again’ is different from other audition shows in that the contestants have already debuted once before, so their singing skills will of course be great and you’ll be able to hear the unique music stories of each of the contestants.”

Sunmi added, “The judges all have different fields of specialty, characters, and styles, and you should look out for our chemistry too.”

The program also recently shared a preview for the first episode! It begins with contestants introducing themselves, and singers describe themselves as former idols, musical actors, heavy metal musicians, indie and trot singers, and more. Some even say they had hit songs or took part in famous drama OSTs.

The teaser shows the judges being surprised by many of the contestants that they recognize. Lee Hae Ri says, “I once covered this person’s song on television.” The captions explain that there are many different reasons that people decided to take part in the show, and some of the contestants came on because the public only knows their music and not themselves.

Lee Seung Gi explains that all the contestants will be competing on the show as a number, rather than with their names. The video goes on to show previews of the passionate performances by the singers.

Get a glimpse of “Sing Again” below!