ENHYPEN Reveals Their Dorm And Prepares For Debut On “ENHYPEN&Hi”

ENHYPEN showed how they’re getting ready for their upcoming debut!

On the first episode of Mnet’s “ENHYPEN&Hi,” the boy group moved into their new dorm and took their first steps as a group to prepare for their debut on November 30.

For the first time, the members got to see their dorm, and they expressed their amazement at how nice it was. They checked out their bedroom and broke out into applause, impressed by its size. The group also noticed their spacious makeup room, to which Jay remarked, “This is Sunoo’s type of room.” On living together, Jake said with awe, “We’re really going to see each other forever like this.” Heeseung responded, “I’m super happy I got to debut with such great people.” 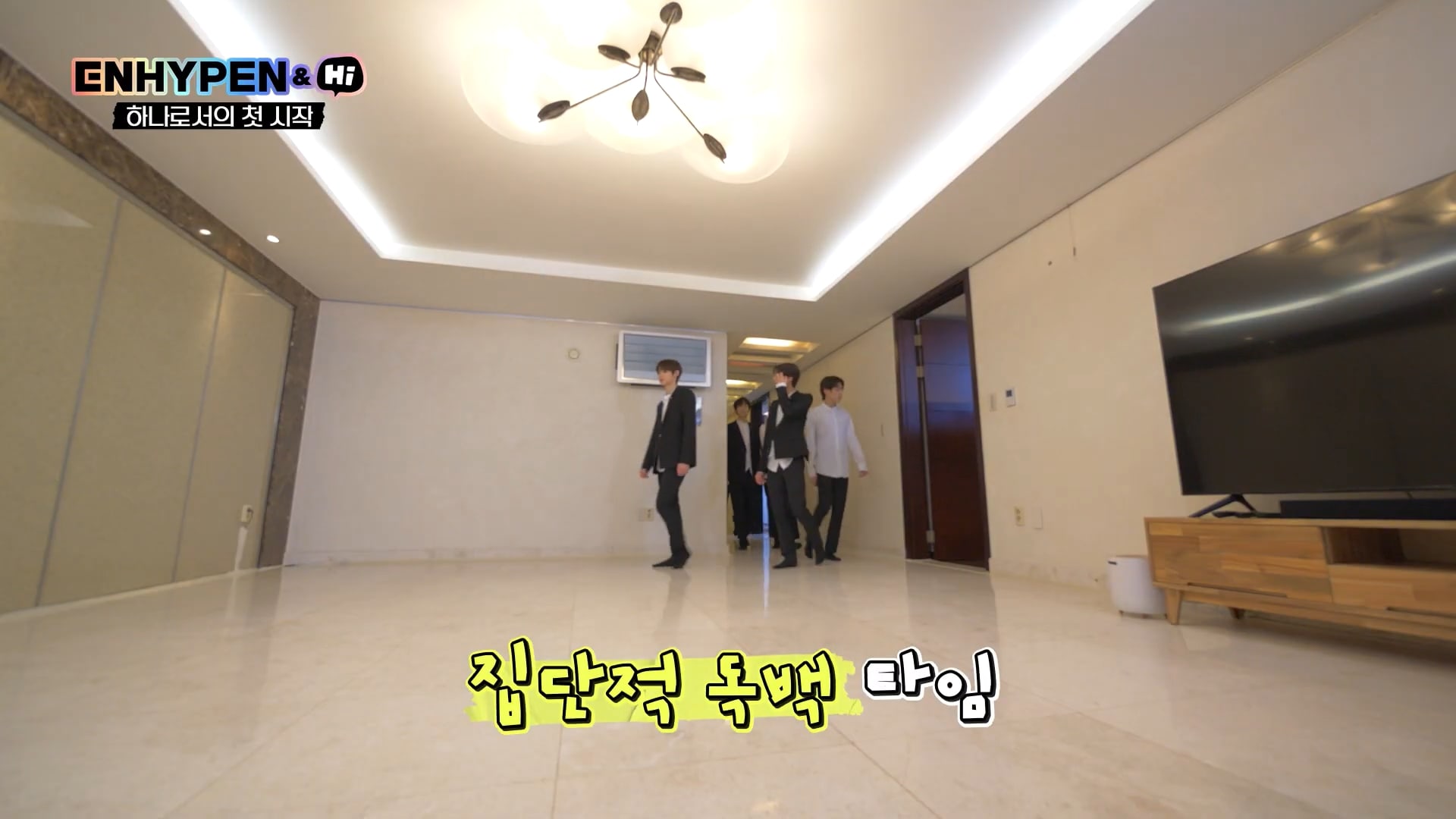 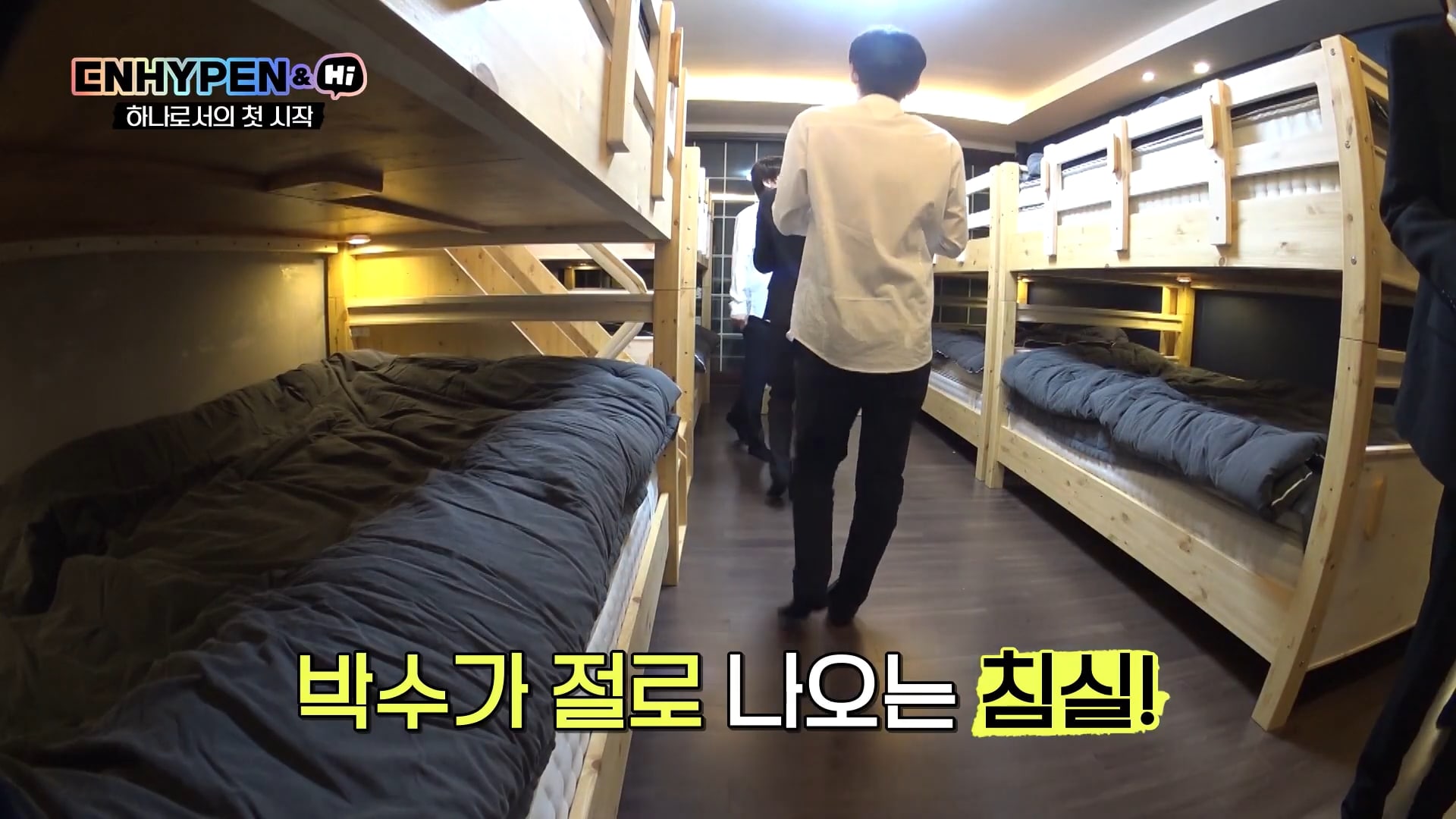 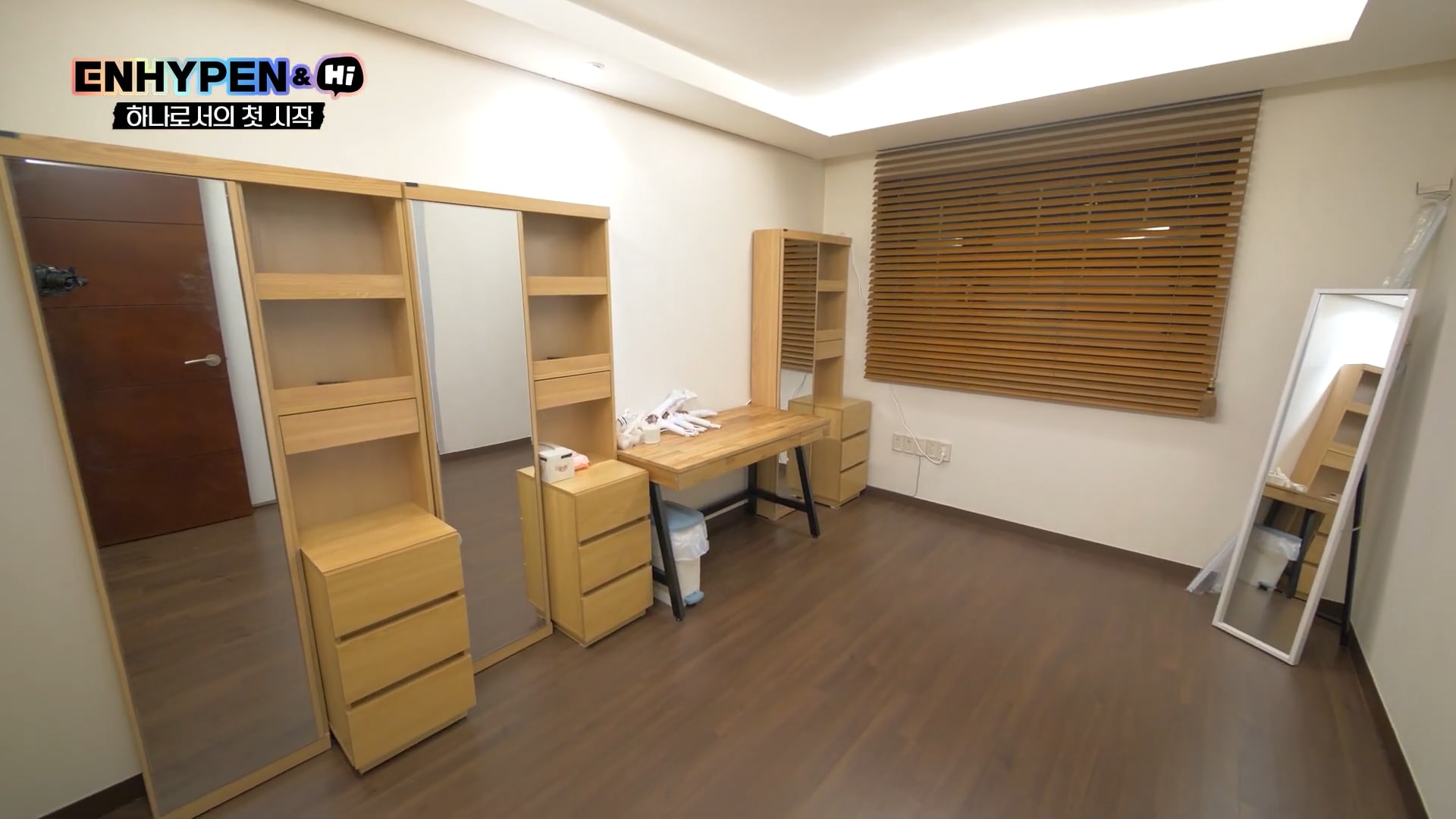 Later, the members got together to watch the first episode of “I-LAND” and looked back on their time on the show. The next day, the group went off to their company building, and on the way there, Heeseung mentioned, “In a way, this is our first day of work.” Once there, the boys entered the practice room and looked around in amazement. “Since it was a place that our senior artists used, it was an honor to see traces of them myself,” Sunghoon said. “I want to meet them while they pass by and talk to them as well.” 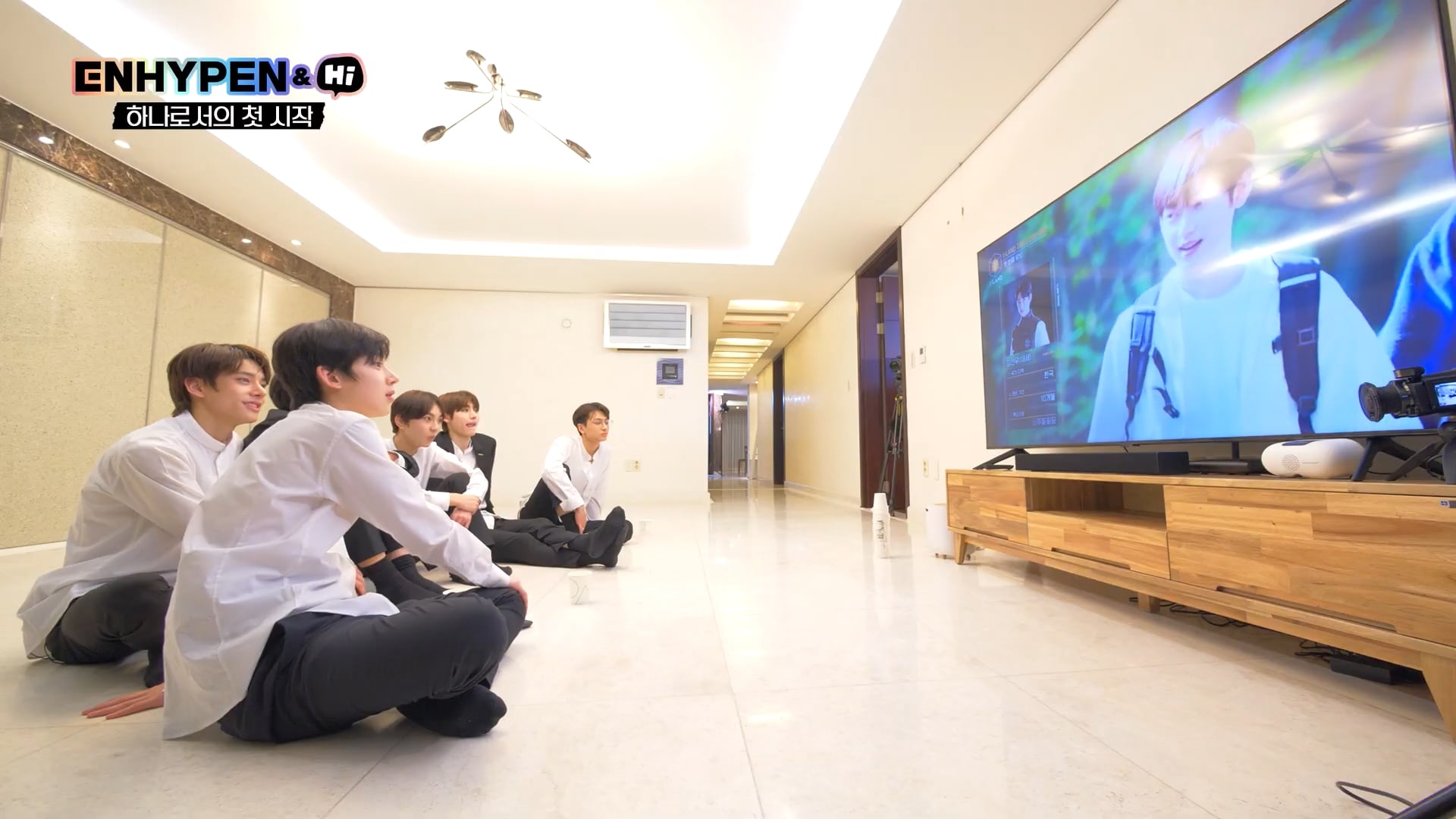 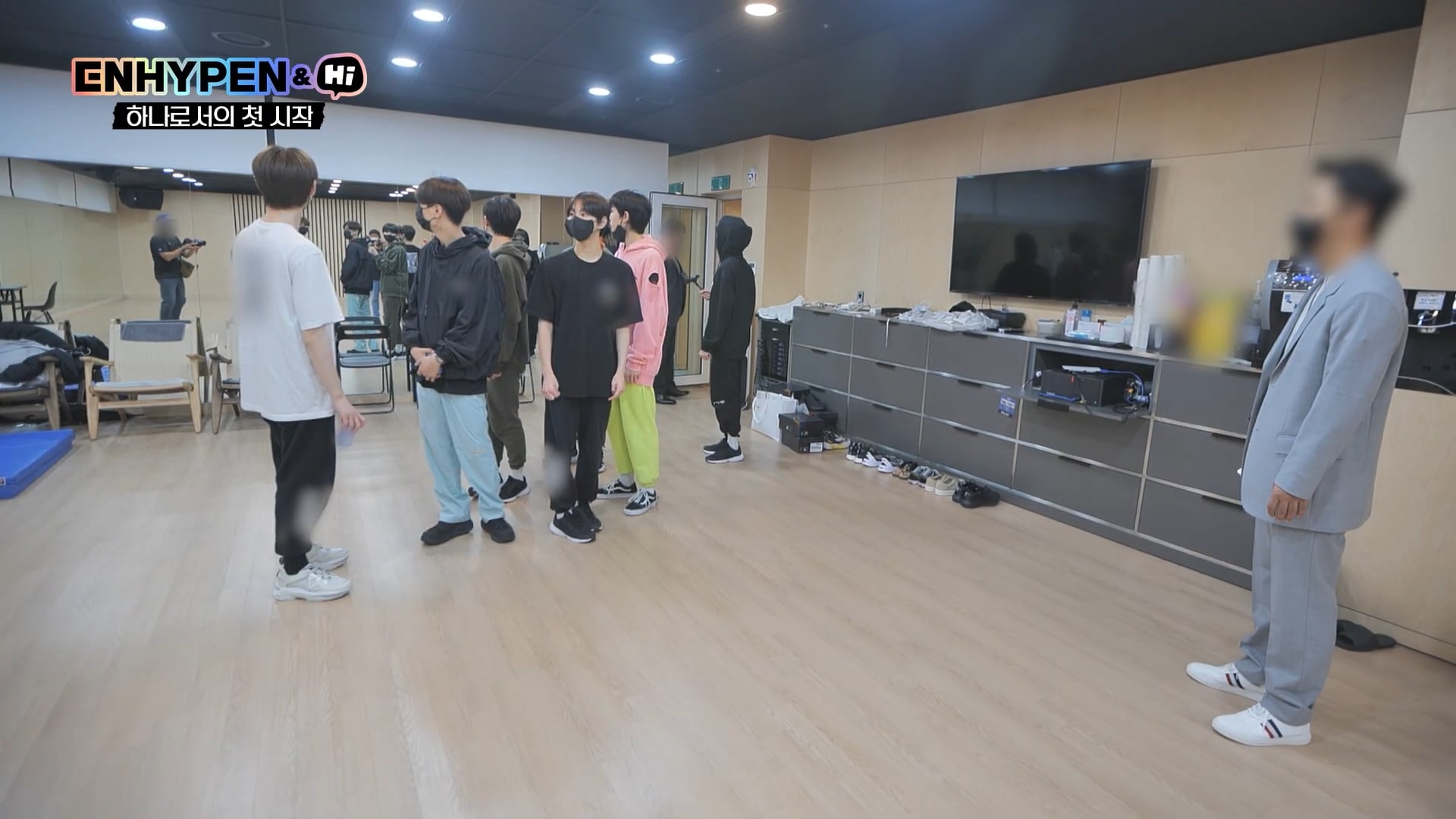 As preparation for their debut, ENHYPEN also gathered around to upload their first official group photo to their social media account. The members were amazed to see the quick responses from their fans. 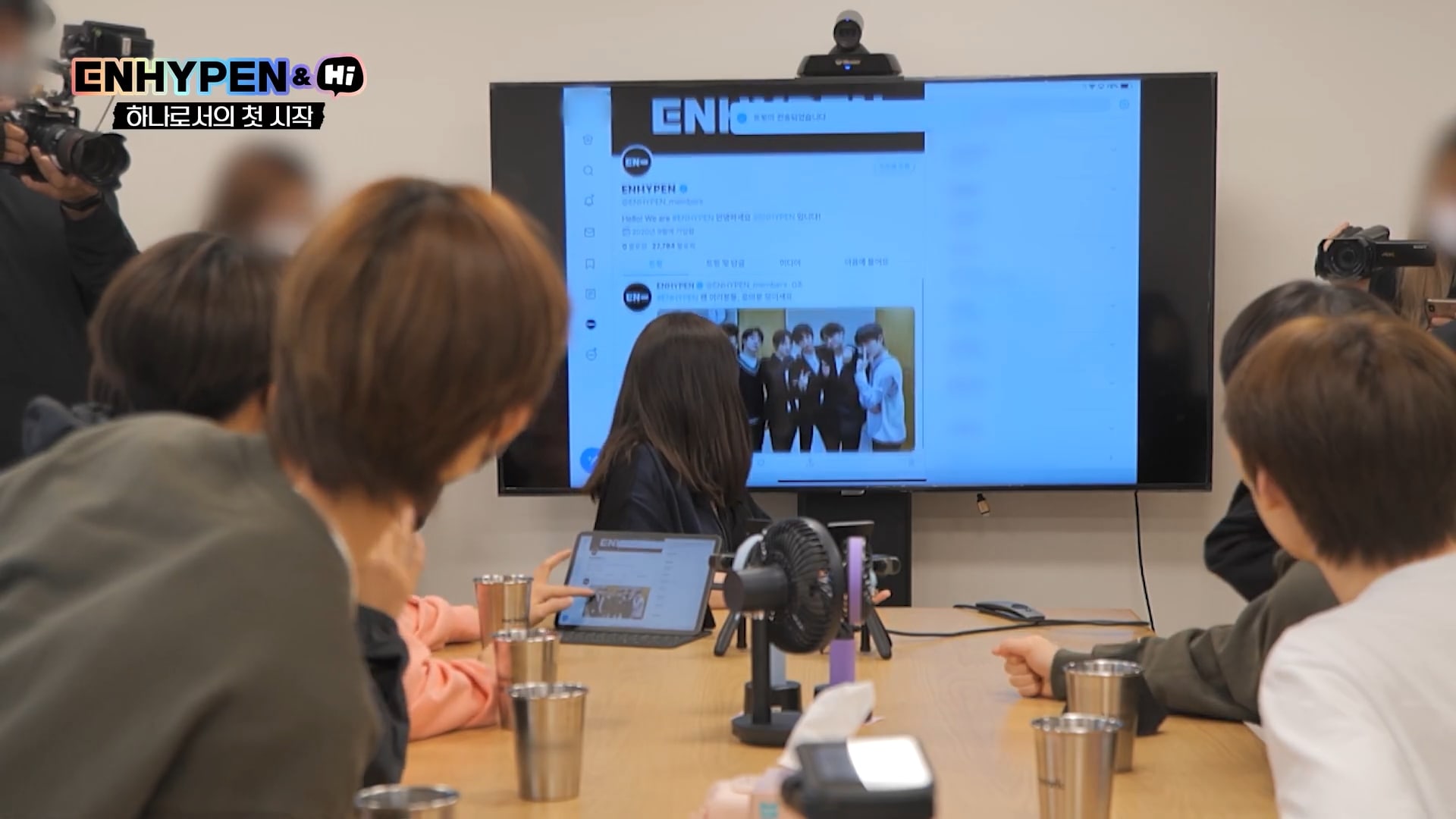 ENHYPEN then rehearsed for their first live broadcast, receiving advice on how and when to greet their viewers. Later, Jungwon commented, “It really hit me that all seven of us are a team when I saw how many viewers watched our live broadcast. I didn’t think there would be so many people.” Ni-ki shared, “It made me want to keep showing our fans how grateful we are.” 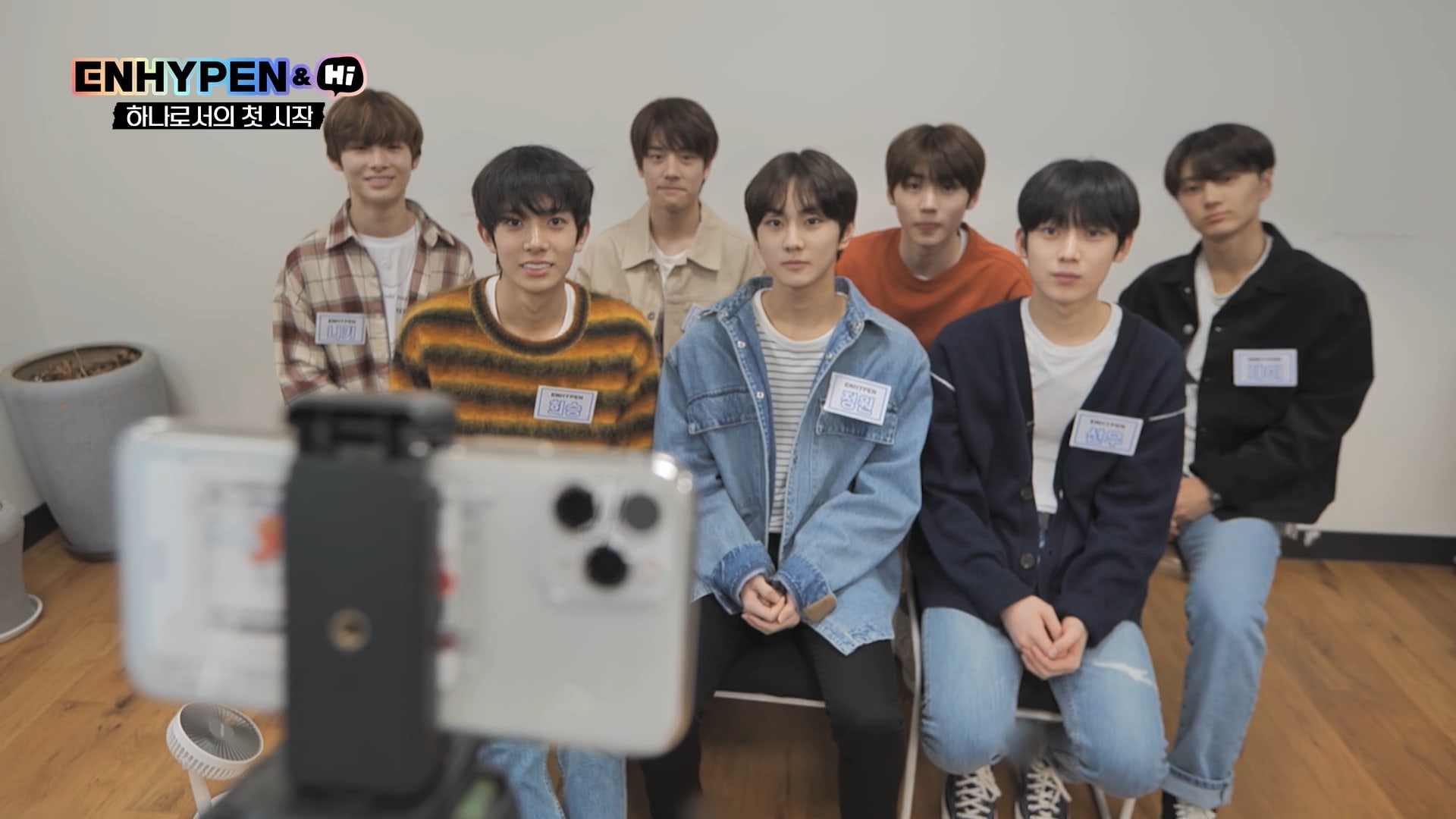 Afterwards, the boys were greeted by a surprise party, with Bang Si Hyuk in attendance. The members saw that their parents were present virtually, and they spoke over a video call. Following supportive advice from Bang Si Hyuk, ENHYPEN wrapped up their party. Heeseung commented, “I’m really happy to know that so many people are supporting us. I’ll always do my best to work harder.” 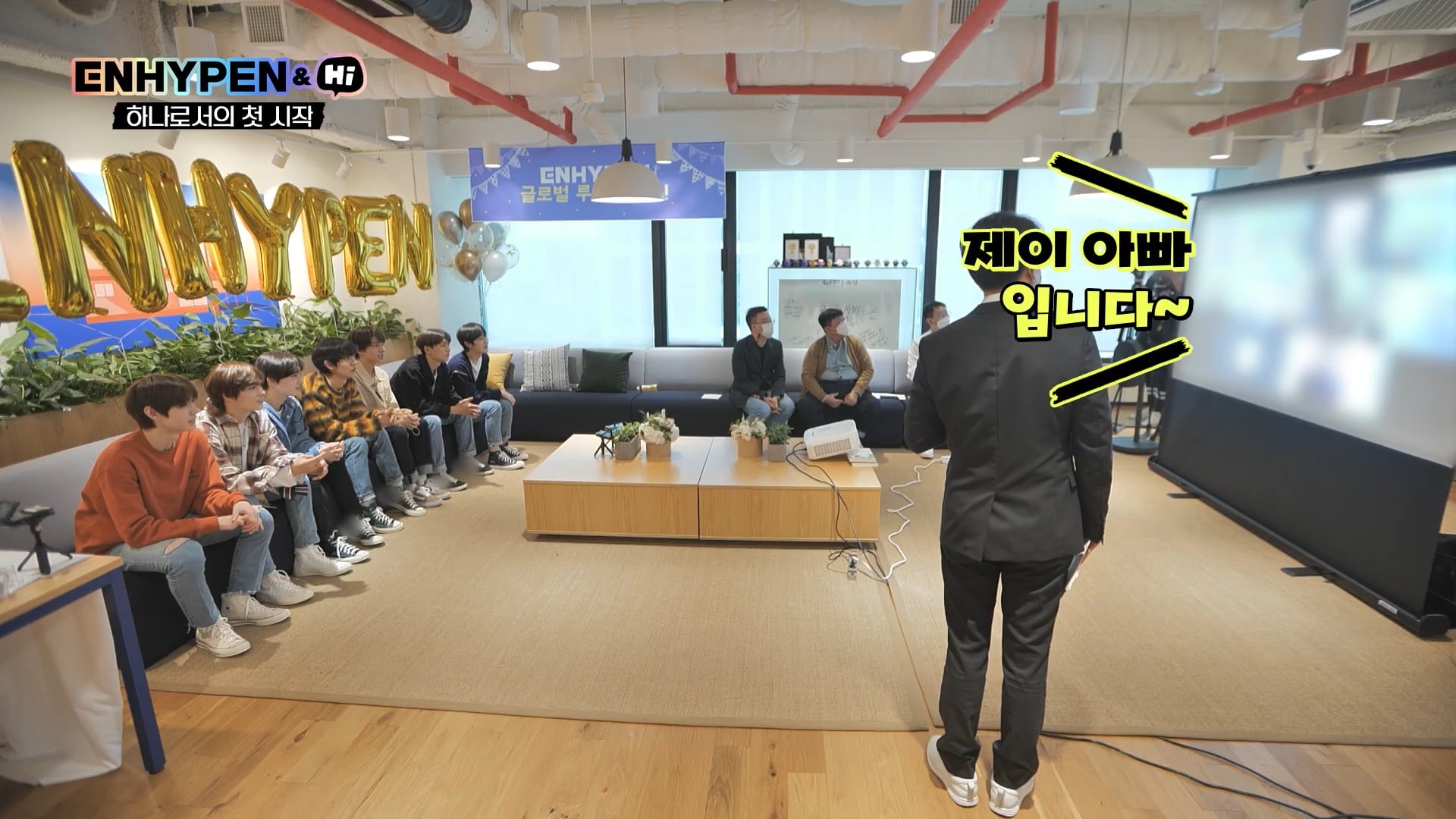 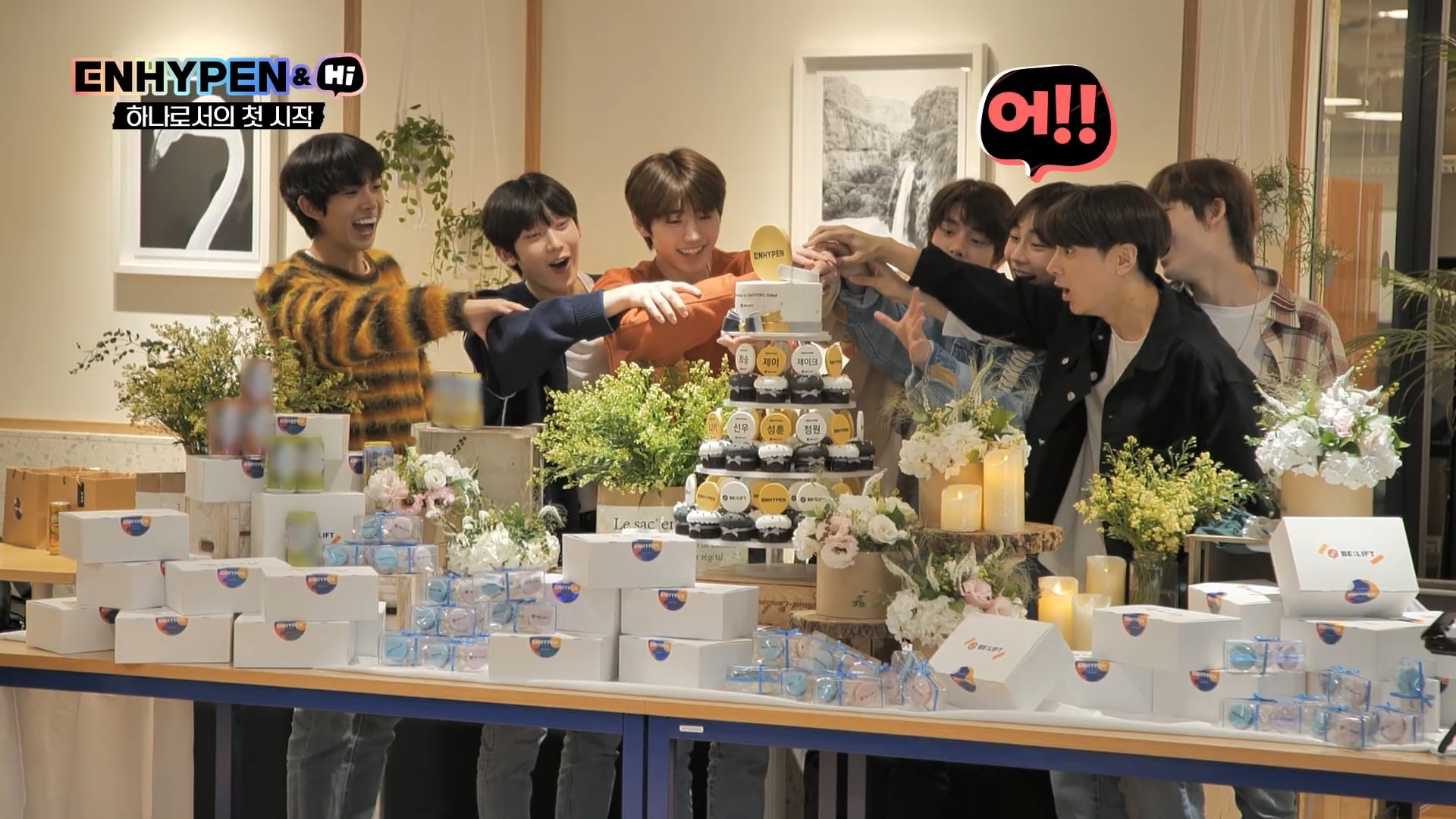 ENHYPEN then took off for Jeju Island, where they would hold their photo shoot for their debut album. Meanwhile, the boys enjoyed the beach and took several photos to commemorate their first trip to Jeju Island as a group. The next episode will delve into their photo shoot experience, dance practice, and more. 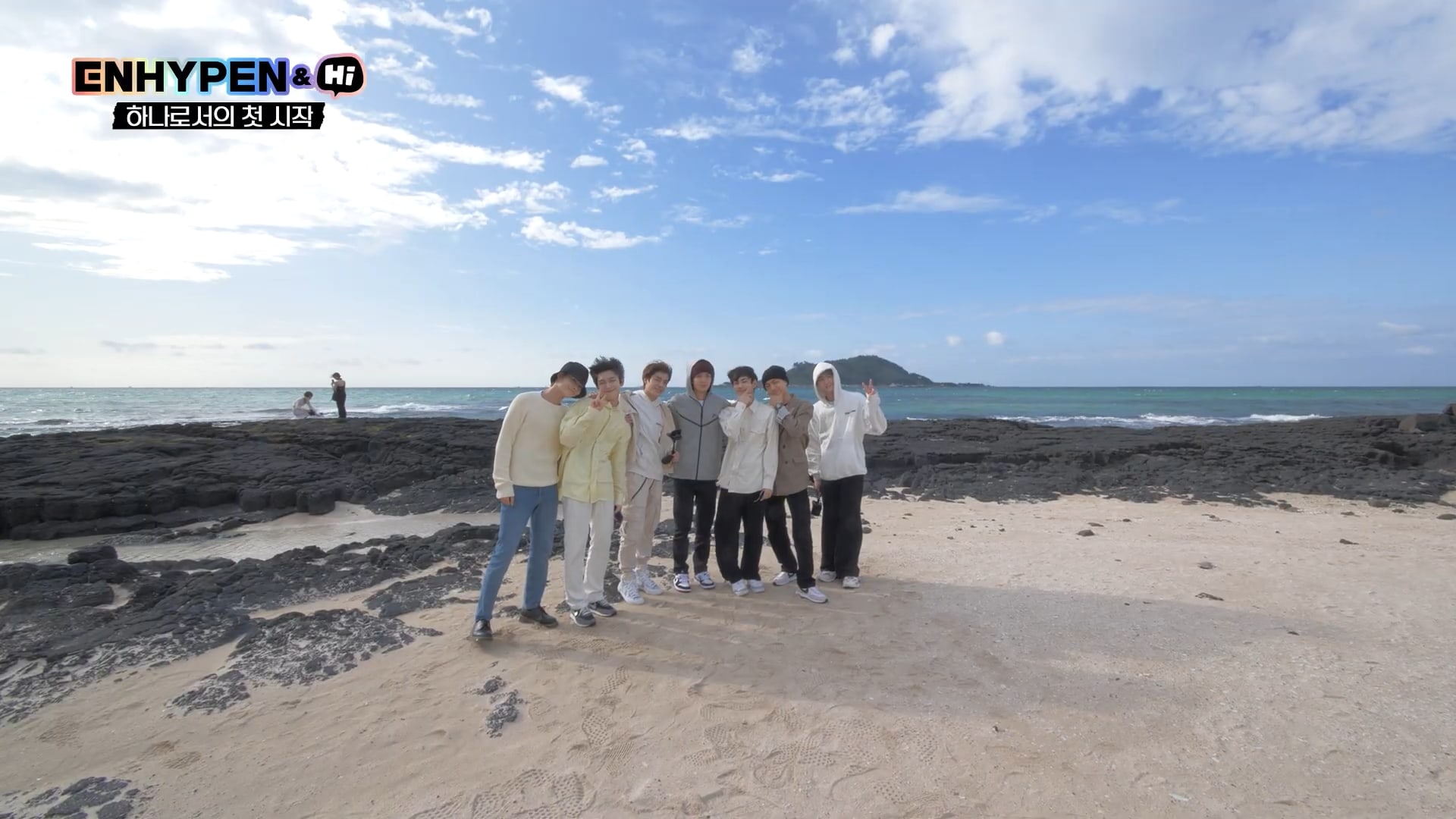 “ENHYPEN&Hi” premiered on November 11, and there will be four episodes in total.

Watch the show with English subtitles on Viki!

ENHYPEN
ENHYPEN&amp;Hi
How does this article make you feel?