The usually serious Wang Ja Rim and Lee Kyung Woo (The Boyz’s Younghoon) are each respectively wearing cat and bunny ears, looking cuter than ever. Their classmate Yang Min Ji (Jung Da Eun) has a sheep headband on her head and is making an innocent facial expression. The energetic Oh Ah Ram (WJSN’s Dayoung) sports a cow ear headband that further highlights her bubbly personality. 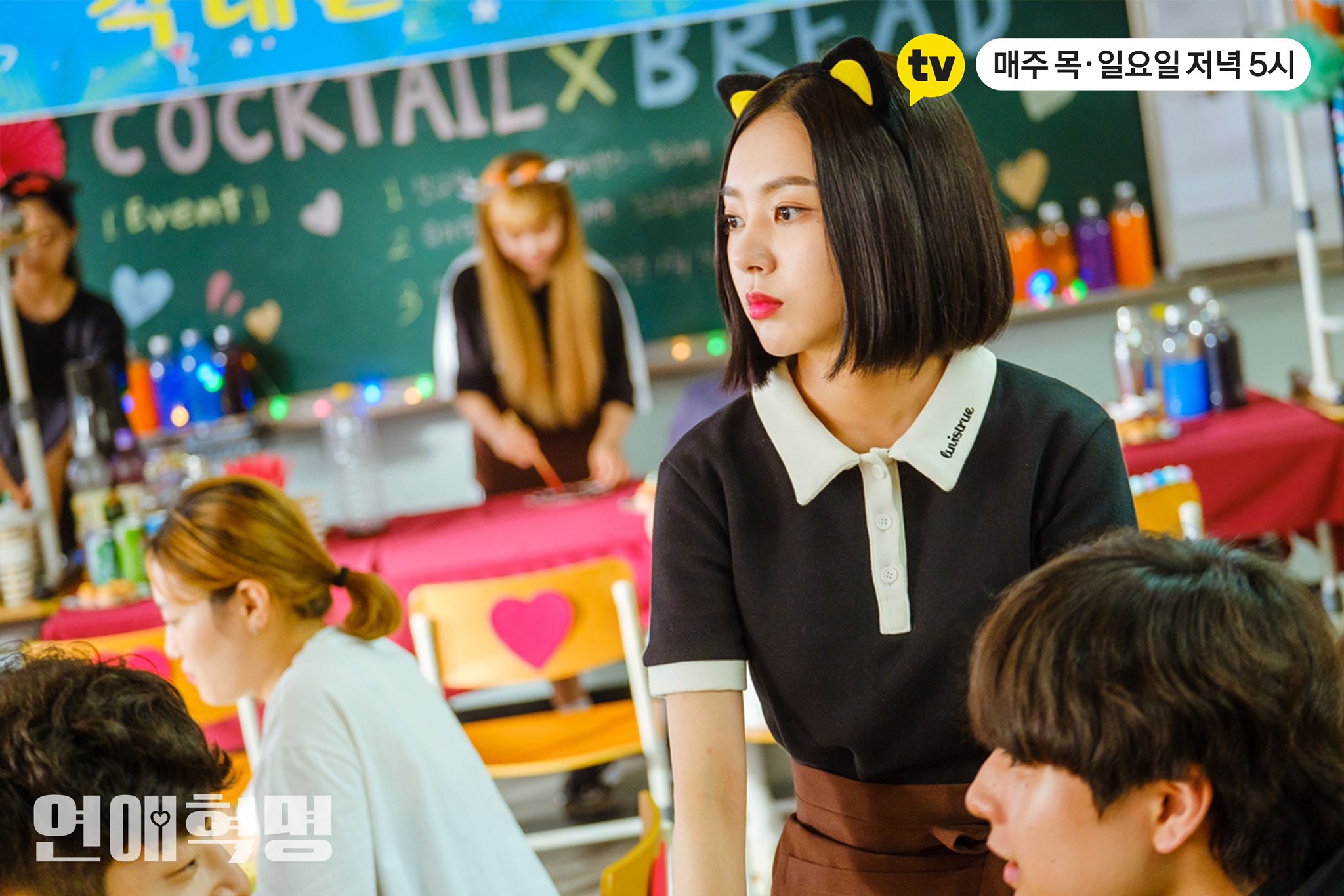 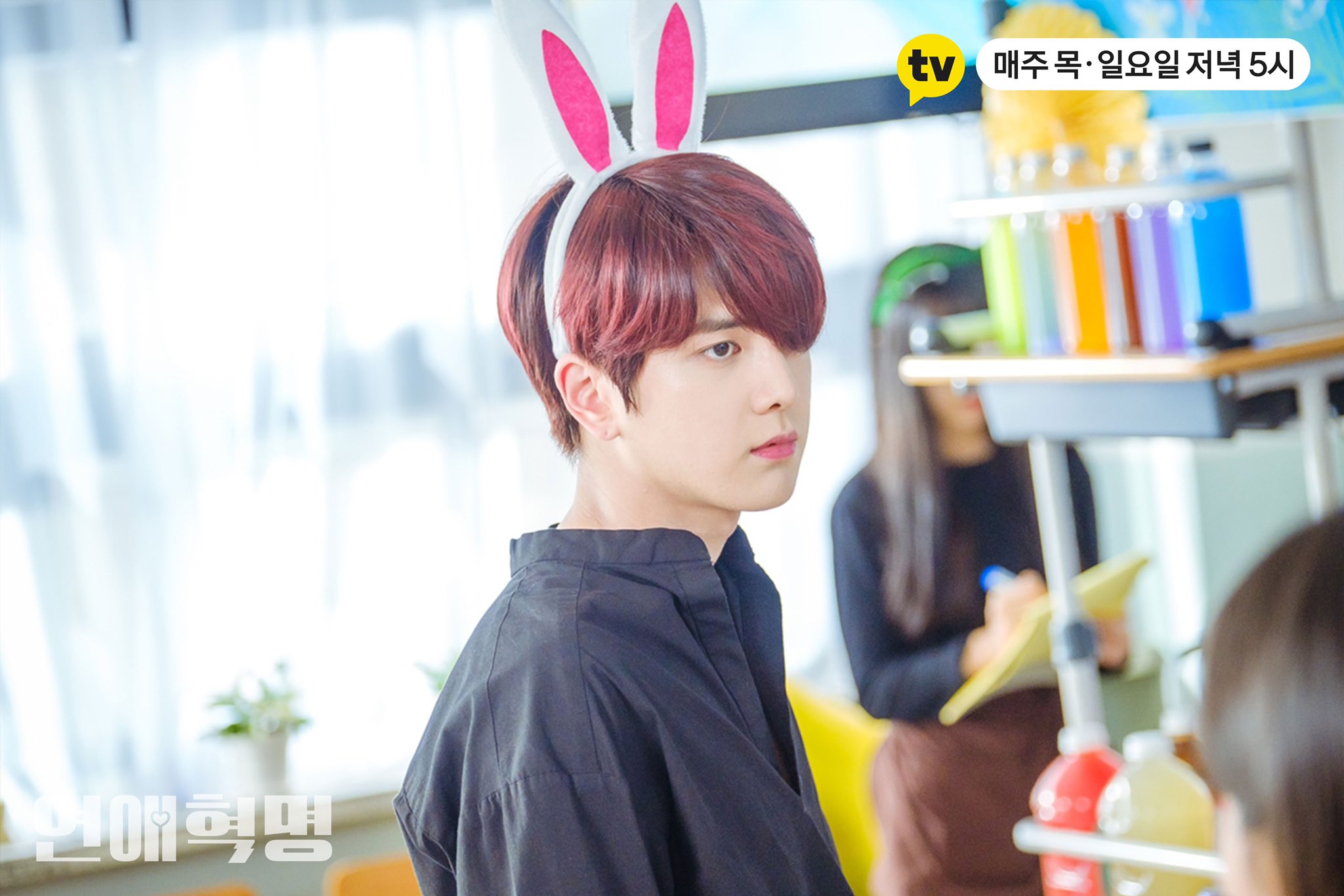 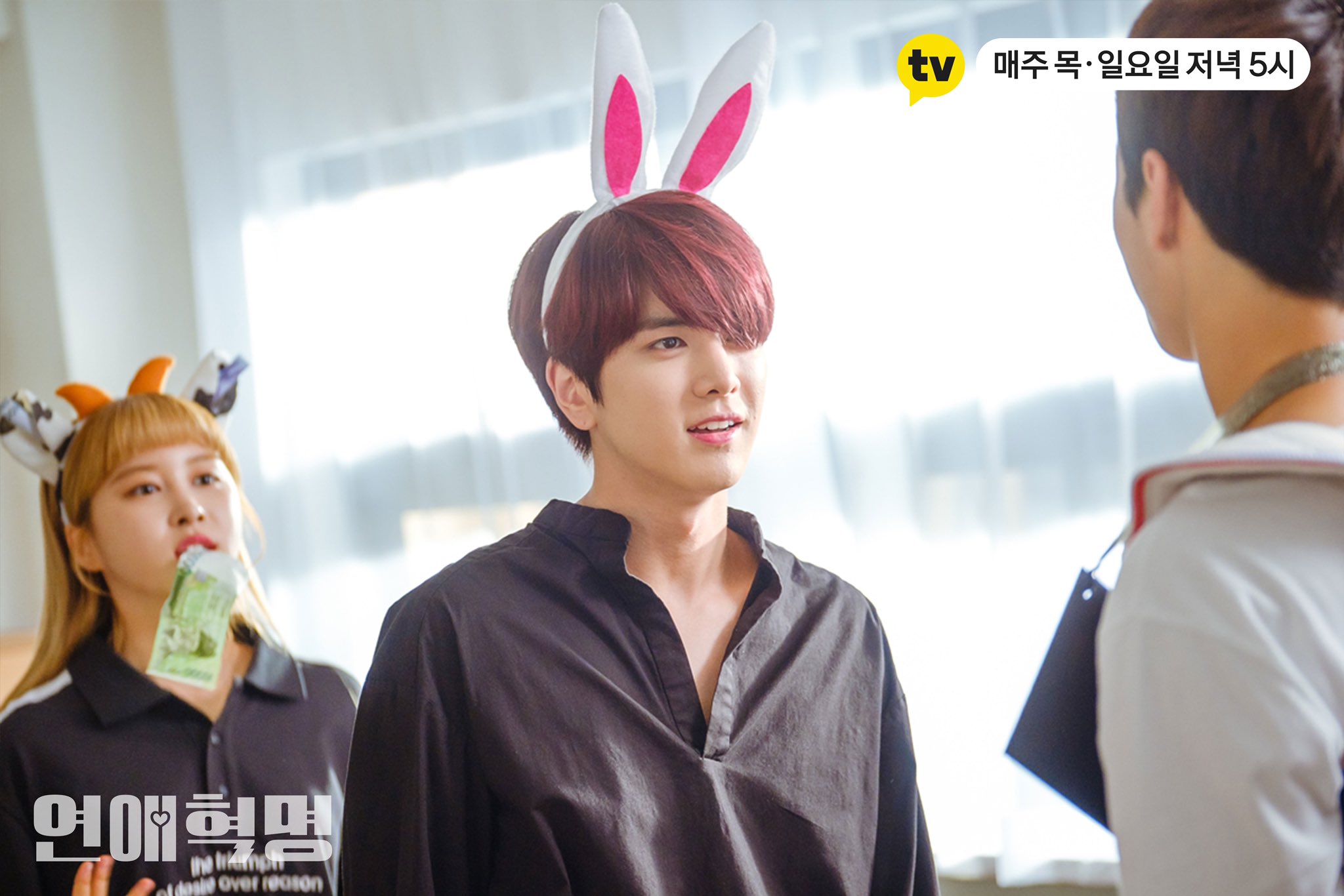 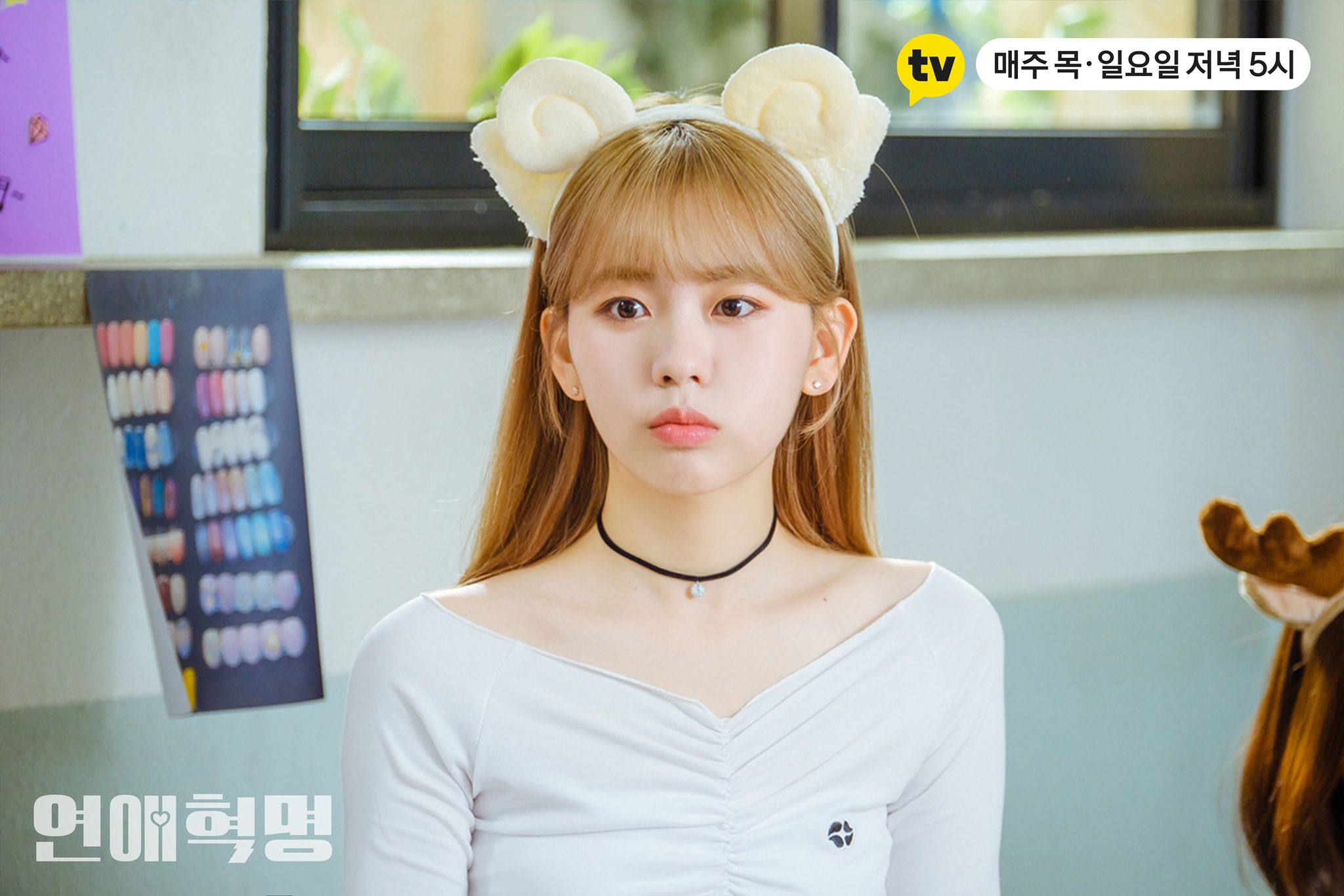 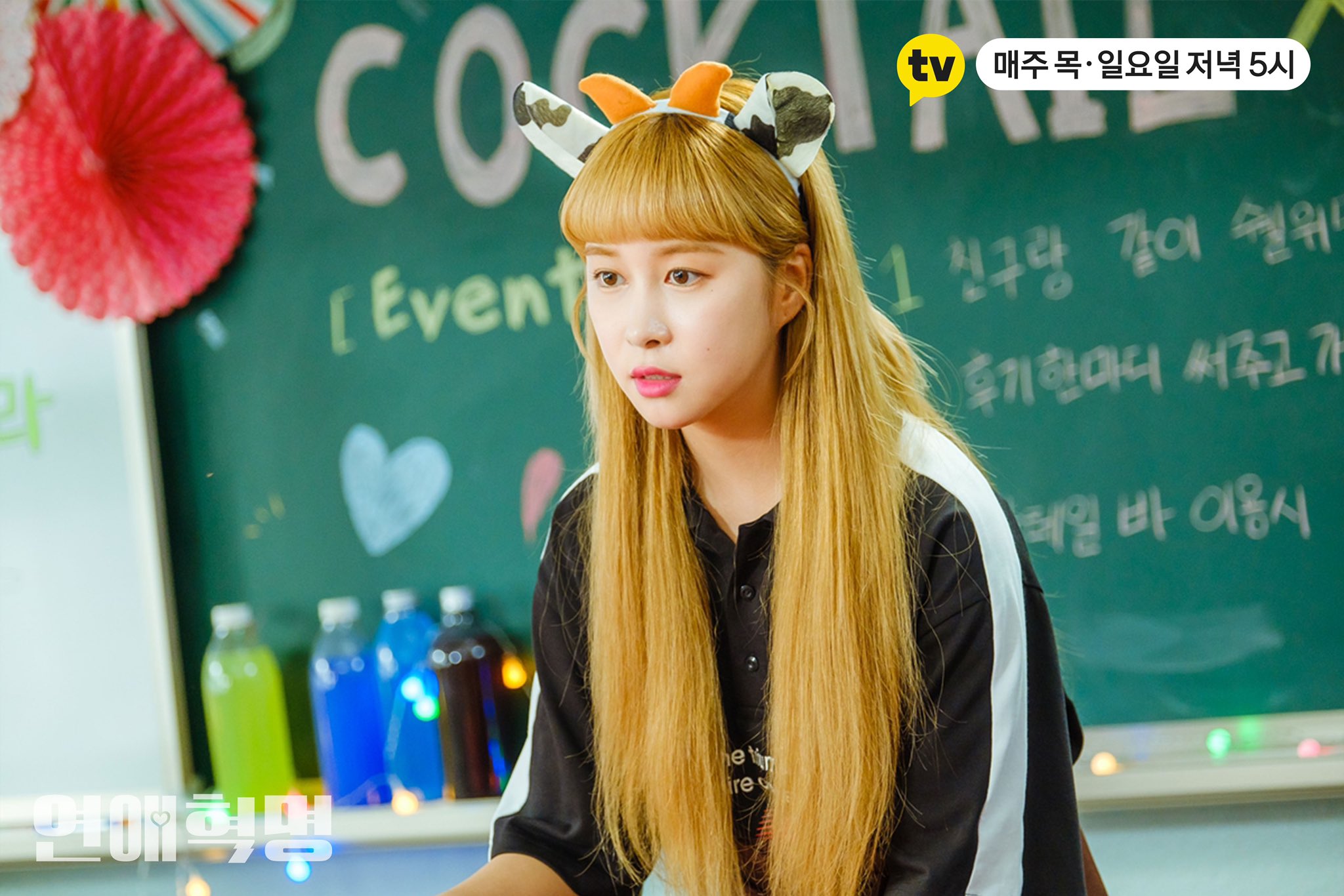 For some reason, Gong Ju Young isn’t wearing an animal headband like his peers. Instead, he has a placard around his neck that reads, “cheating boyfriend,” and he’s wearing boxing gloves and protective gear on his body. The reason behind his strange attire will be revealed in the next episode of “Love Revolution.” 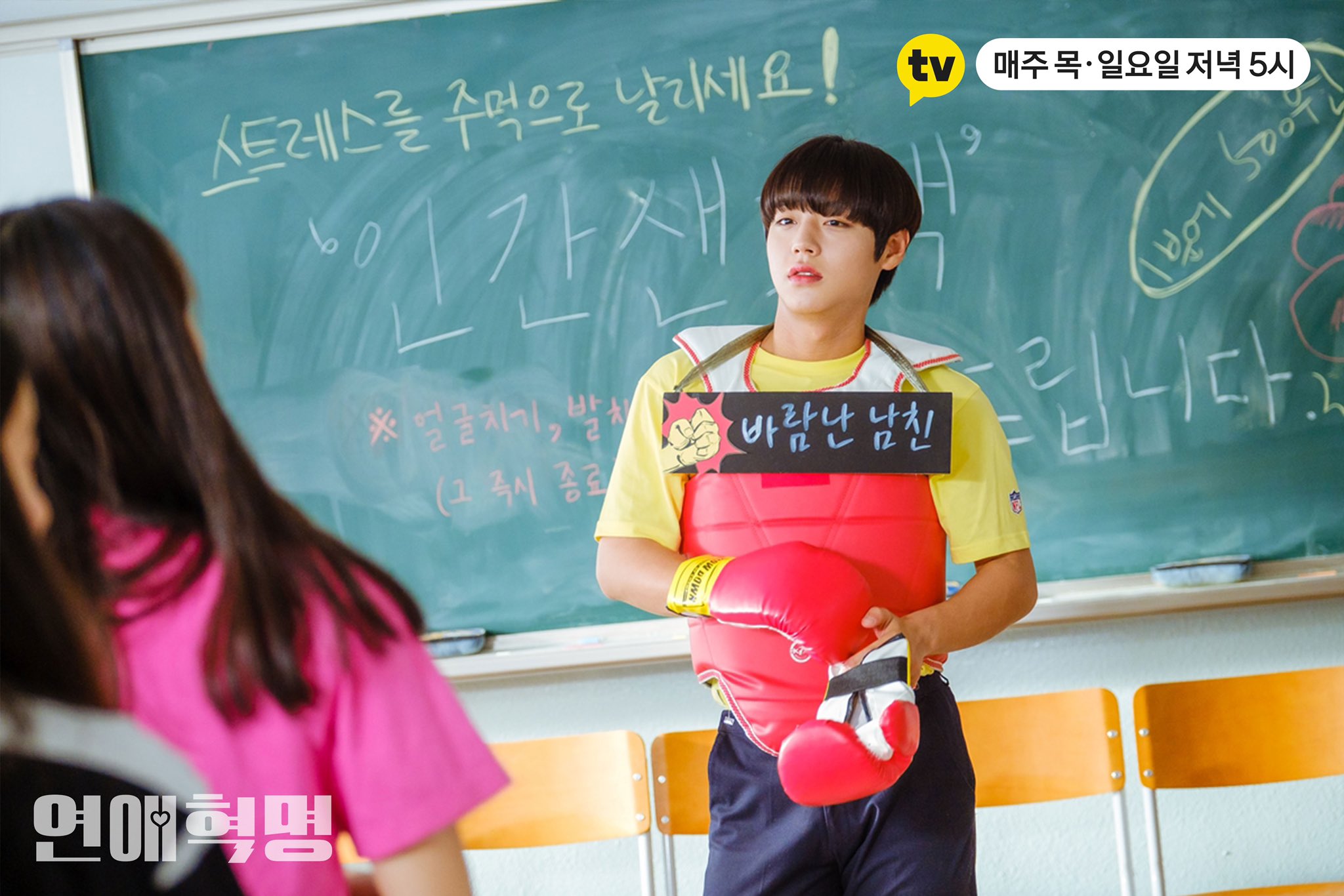 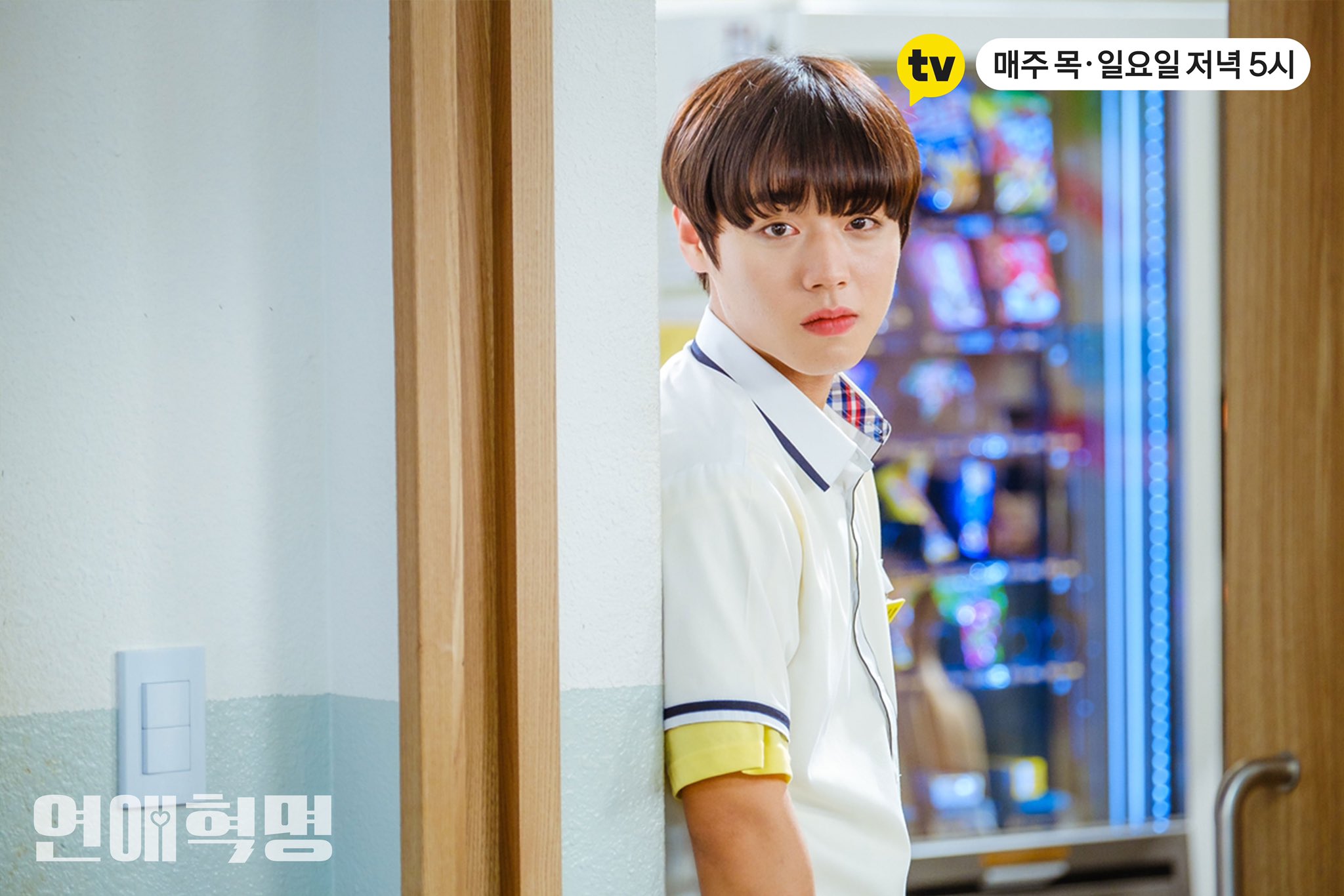 The producers of the drama shared, “The students of Isam Information High School will turn the school festival into a feast for the eyes with their exquisite visuals. Please look forward to episode 16, where their special festival-only visuals will be shown.”

“Love Revolution” airs every Thursdays and Sundays at 5 p.m. KST.