Previously on “More Than Friends,” Lee Soo (played by Ong Seong Wu) and Kyung Woo Yeon (Shin Ye Eun) opened their hearts to each other and finally became a couple after years of unrequited love. Everything seemed to be going fine until Lee Soo’s friend Kwon Yoo Ra (played by Bae Da Bin) suddenly showed up. Kyung Woo Yeon, who went to surprise her boyfriend, witnessed their tight embrace, and she was even more bewildered because Lee Soo accepted the hug without hesitance.

The new stills hint that Kyung Woo Yeon and Lee Soo will be experiencing several turbulences in the upcoming episode. In one photo, Kwon Yoo Ra has an arm around Lee Soo, who thinks nothing of it, and Kyung Woo Yeon watches them with cold eyes.

In another photo, Lee Soo visits Kyung Woo Yeon’s house and gets on his knees in front of her parents who gaze disdainfully at him. Kyung Woo Yeon looks just as annoyed, and viewers are wondering if their relationship will be able to get back on the smooth course. 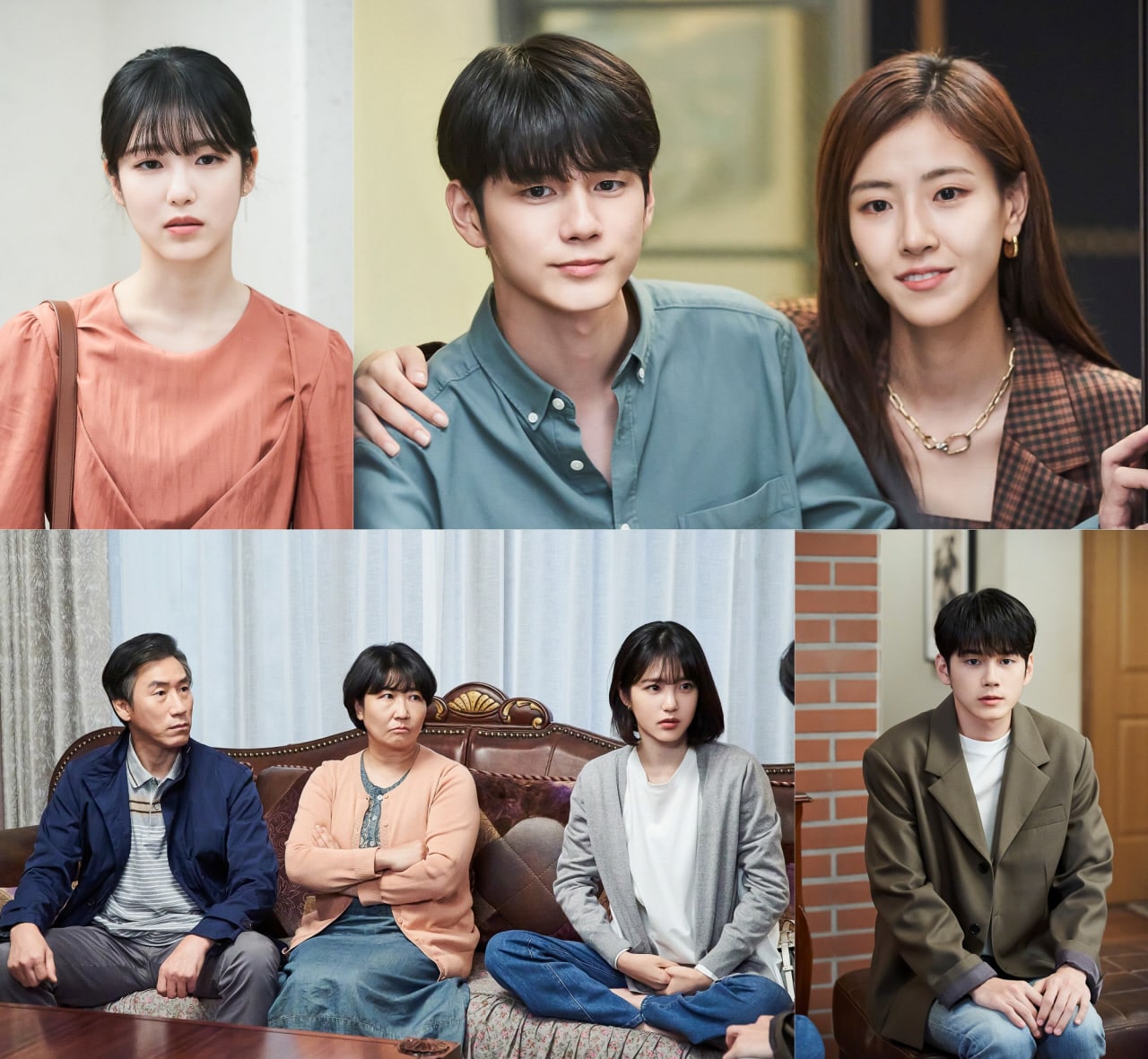 The drama’s production team shared, “Lee Soo and Kyung Woo Yeon will face another crisis in their relationship. Please watch to see the choices they’ll make and what consequences they’ll lead to.”