The cast of OCN’s “Search” shared their closing remarks ahead of the conclusion of the drama!

“Search” is a thriller drama about a special search party sent to investigate a mysterious death in the demilitarized zone (DMZ). Jang Dong Yoon stars as Yong Dong Jin, a conscripted sergeant and military dog handler who has just one month left in his service before he is recruited for the search party. f(x)’s Krystal co-stars as Son Ye Rim, an elite lieutenant who received her training in the United States. 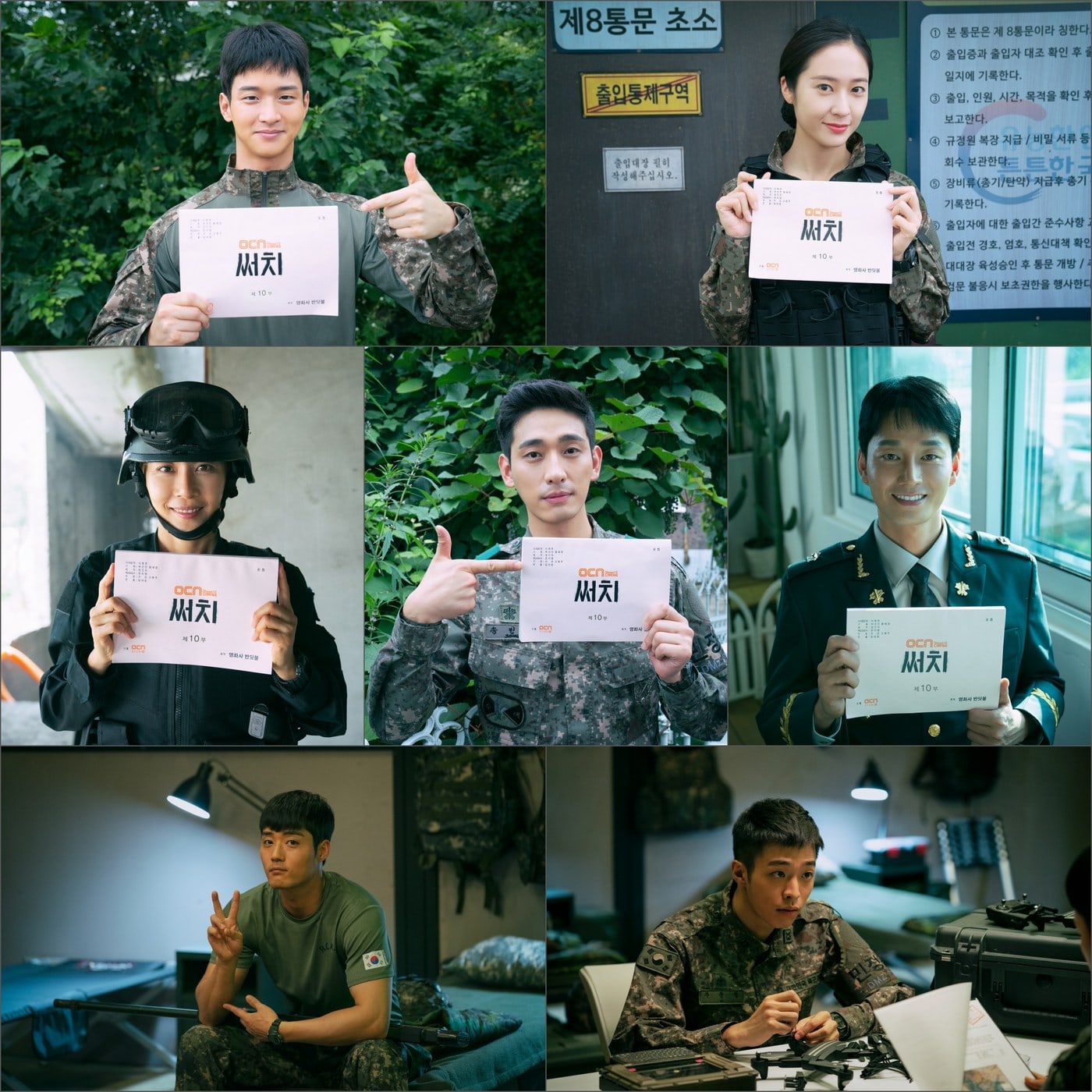 Jang Dong Yoon hinted at the key point of the final episode as he said, “It’s a shame the drama ended so quickly. Look out for how all the conflict will be resolved as the hidden secrets are revealed.”

Krystal commented, “I had such a good time together with the wonderful director, actors, and staff. I think the hot summer I spent together with ‘Search’ will remain in my memory for a long time.” She ended with a thanks to the viewers, saying, “Thank you to the viewers who tuned in to the drama. Make sure to look out for how Son Ye Rim and Yong Dong Jin will clear up the misunderstandings in their past.”

Moon Jung Hee played Kim Da Jung, a guide at the DMZ memorial center and former team leader of an all-female squadron in charge of anti-terror in the Battalion Task Force. She commented, “I’m so thankful that ‘Search,’ which we filmed while sweating in the hot summer, is wrapping up with such a good reception. I feel really proud.”

Reflecting on the drama, Moon Jung Hee continued, “Although 10 episodes feels very short, and I always feel some regret with every production, this was a production where the film-like angles and camerawork that went together with the storyline felt fresh.” She concluded, “I want to say thank you once more to all of my colleagues, staff, the producers, the director, and everyone who eagerly tuned in to the drama.”

Yoon Park, who took on the role of Captain Song Min Gyu, said, “So many actors and staff worked hard on the drama while sweating in the middle of the hot summer. While it’s a shame that the results of that hard work have finally come to an end, I’m also happy that the viewers gave us such generous love and support. I am extremely grateful for your interest in ‘Search’ and Captain Song Min Gyu.”

Next, Lee Hyun Wook, who played Lieutenant Lee Jun Sung, shared, “‘Search’ gave me the opportunity to try something new and challenge myself. Thank you so much for tuning in to the military thriller ‘Search.’ I’ll greet everyone again through another good production in the future.”

Lee Ha Yul played the role of Sergeant Park Gi Hyung. He revealed, “Throughout filming, we had to deal with heatwaves and a lot of rain, so it’s a production where everyone worked really hard. Although there were times when we were tired, everyone was able to come together and wrap up filming well.” He continued, “I’m so thankful to everyone who tuned into the drama and gave us support, and I hope everyone’s futures are full of happiness. We stand united!”

Finally, Choi Yoon Je, who played Sergeant Joo Moon Chul, said, “It feels like just yesterday that I began practicing the script for ‘Search,’ so I can’t believe it’s already time for the final episode. I have a lot of regrets and I could have done better, but the role of Joo Moon Chul gave me the opportunity to learn and grow.” He concluded, “I’m thankful that I was able to work with good people, meet a good character, and have a good experience. With a grateful heart, I’ll return to everyone again and make an even better impression.”

Catch up with “Search” below: