On the November 15 episode of SBS’s “Master in the House,” cast member Lee Seung Gi became the “master”!

The episode began with Lee Seung Gi revealing his remodeled house on TV for the first time. As he enjoyed his breakfast, he commented, “I feel awkward around the cameras here. I don’t know how they film ‘Home Alone’ (‘I Live Alone’).”

As the other members arrived at his house, they complimented his remodeled home and said, “The attention to detail and neatness are just like Seung Gi’s personality. He did a good job decorating.” They were particularly taken with his fireplace, media room, and organized dressing room.

Lee Seung Gi said, “I remodeled the house so that I could do things even when I was home. This is the first time since my debut that I’d invested so much in myself.”

Before the “master” was revealed, the members were asked who they would want to live as for a day. ASTRO’s Cha Eun Woo said, “I’m curious about the seniors who walked similar paths to mine at the beginning of my debut. I want to know how they overcame their slumps. I think the closest person to me like that is Seung Gi.”

He added that he respected Lee Seung Gi’s constant energy from the beginning to the end of the shoot. But when it was revealed that Lee Seung Gi really was the master, the cast members tried to escape.

To live as Lee Seung Gi for a day, the members went to his regular CrossFit training session. Lee Seung Gi said, “It’s exercise that uses the whole body. If you show a tired expression, I think it looks unprofessional. I keep my energy up through constant exercise.”

From nonpowered running to full stamina training, Lee Seung Gi had a laser focus when it came to his exercise regimen. Even Kim Dong Hyun, who is a mixed martial arts athlete, had trouble keeping up with the full course.

Afterwards, Lee Seung Gi met with Yoon Jong Shin to talk about his new song, “The Ordinary Man.” This was Yoon Jong Shin’s first TV appearance in a while after the singer-songwriter took some time off from broadcasts and spent some time abroad to focus again on his music.

Yoon Jong Shin said, “I wanted to push myself and stay abroad for as long as possible, but due to COVID-19 and my mother becoming ill, I returned to Korea in July. For 20 years, I’d been on TV without rest. I would see my face and voice on TV every week. I was grateful, but also a little tired. I wanted to disappear from people’s sights. It wasn’t quite like panic disorder, but I had burnout.”

He also talked a little about feelings of discrimination that he had experienced while in the United States. “Because of the lockdowns, I had to stay on the road for five days,” he said. “It was the first time that people had stared at me with such strange looks. I was used to being looked at, but COVID-19 made me into something else. At a time when people weren’t very friendly toward Asian people, I went into a rural gas station and got cold-shouldered. It was the first time in a while that I’d felt such sadness, but I think that it was good to experience that feeling.” 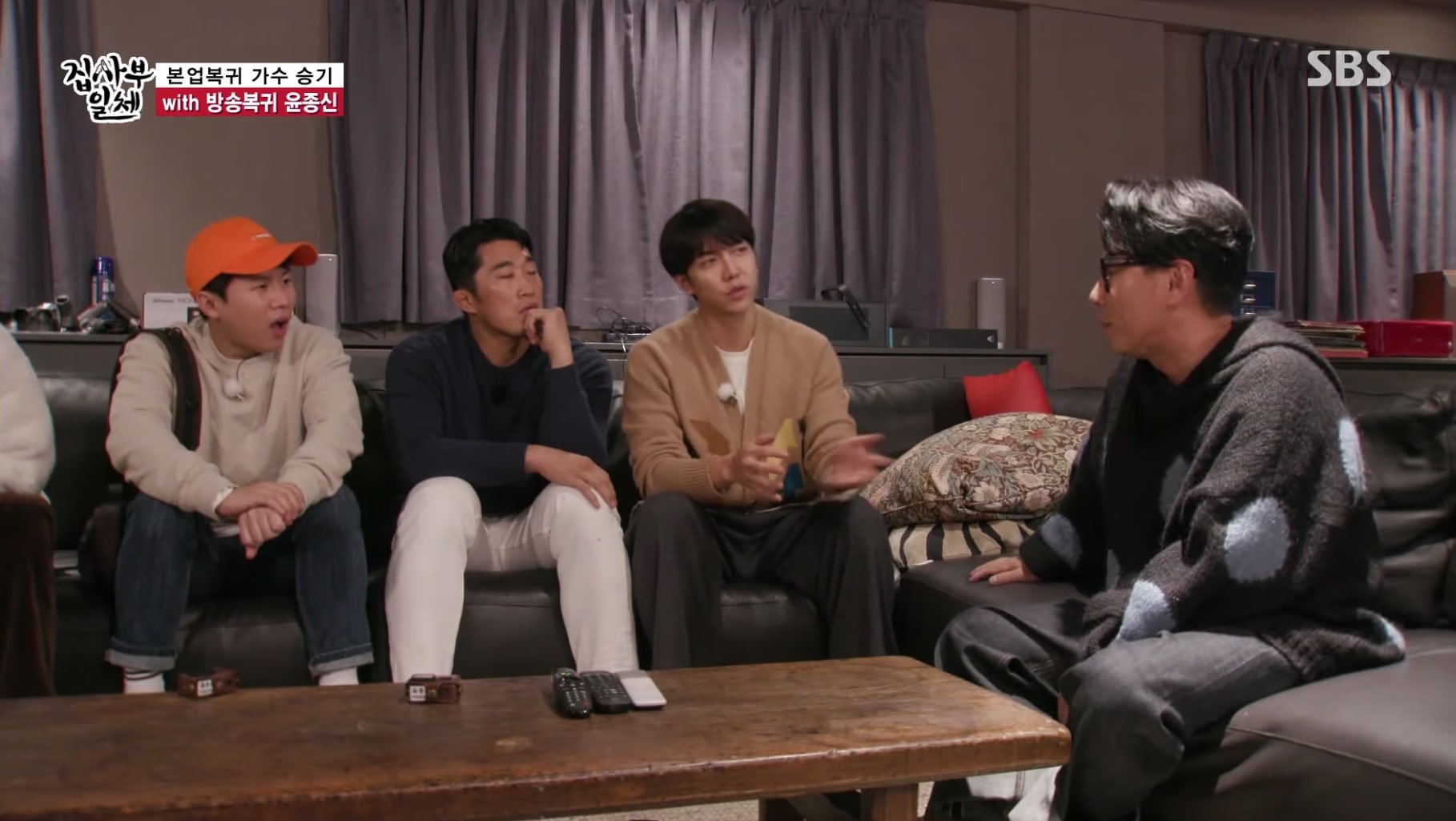 Lee Seung Gi shared why he had decided to return as a singer for the first time in years. He said, “I like it all: acting, music, variety. I thought about it for two years before making my decision. I had confidence in myself, but I mostly decided it because I wanted to stay busy instead of becoming careless.”

He had asked Yoon Jong Shin to write him a song. “I wanted to sing a song with a story behind it,” he explained.

Check out Lee Seung Gi performing his new song below!