TV Chosun’s upcoming drama “The Goddess of Revenge” has revealed a glimpse of the intriguing dynamic between Kim Sa Rang and Jung Eui Jae!

“The Goddess of Revenge” is a new mystery drama starring Kim Sa Rang as Kang Hae Ra, a reporter and writer who becomes a household name and one of Korea’s hottest influencers after marrying the nation’s top MC. Yoon Hyun Min will also star in the drama as Cha Min Joon, a brilliant but cold-hearted lawyer who is determined to avenge his family.

Jung Eui Jae will play the role of Kim Hyun Sung, a former idol-turned-reporter whose life hasn’t turned out the way he’d hoped. After receiving a mysterious offer, he seems to constantly be following Kang Hae Ra wherever she goes.

In newly released stills from the upcoming drama, Kim Hyun Sung suddenly appears from the shadows and comes to Kang Hae Ra’s rescue when she finds herself in danger while taking the subway. At the precise moment when Kang Hae Ra is about to fall off an escalator, Kim Hyun Sung dashes forward and catches her. Afterwards, he even goes so far as to kneel on the ground to fix her shoe for her.

Later, as Kang Hae Ra turns to leave, Kim Hyun Sung catches her off guard by calling her back—then tenderly tucking her hair behind her ear. As a famously married woman, Kang Hae Ra stares at her rescuer in shock, unable to figure out his intentions. 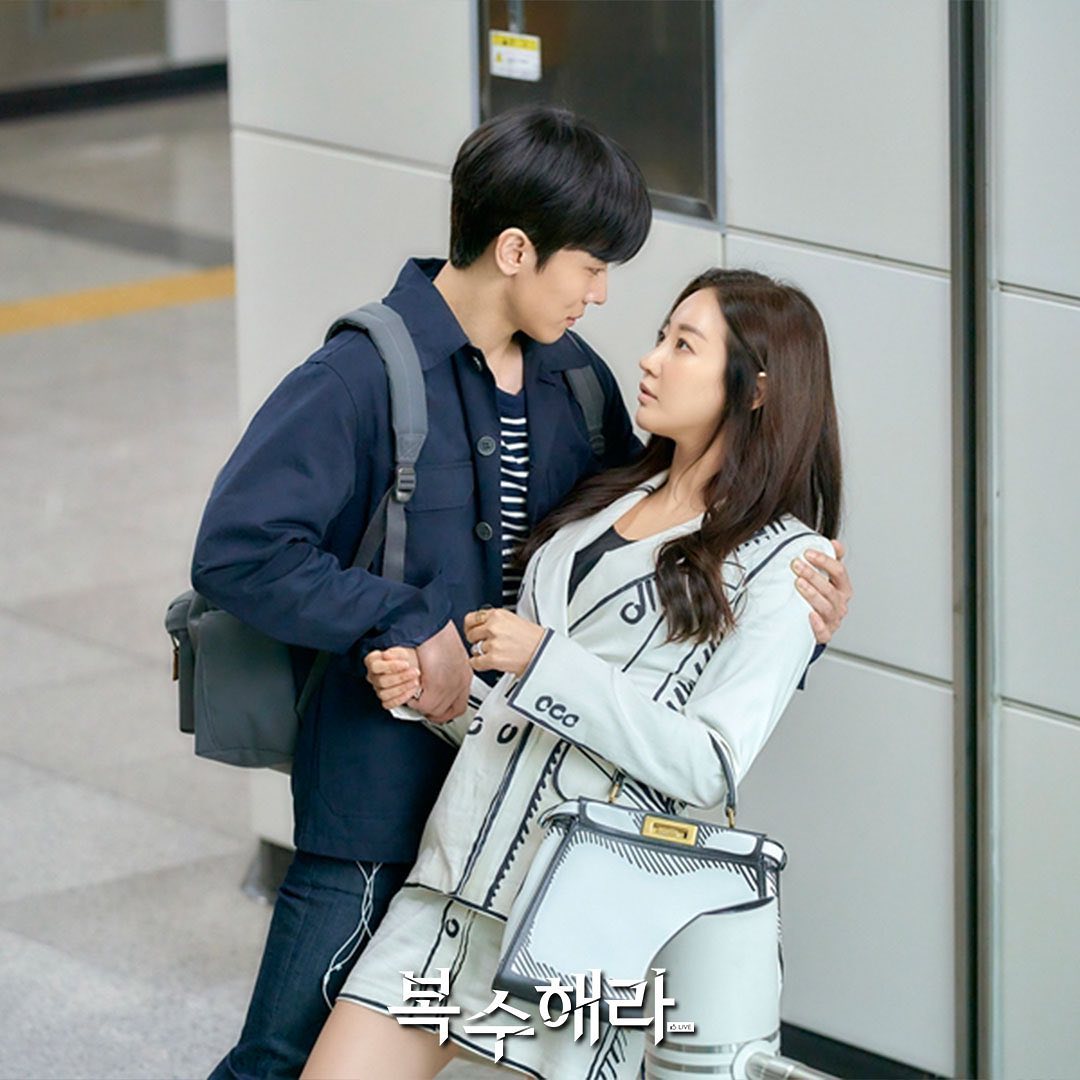 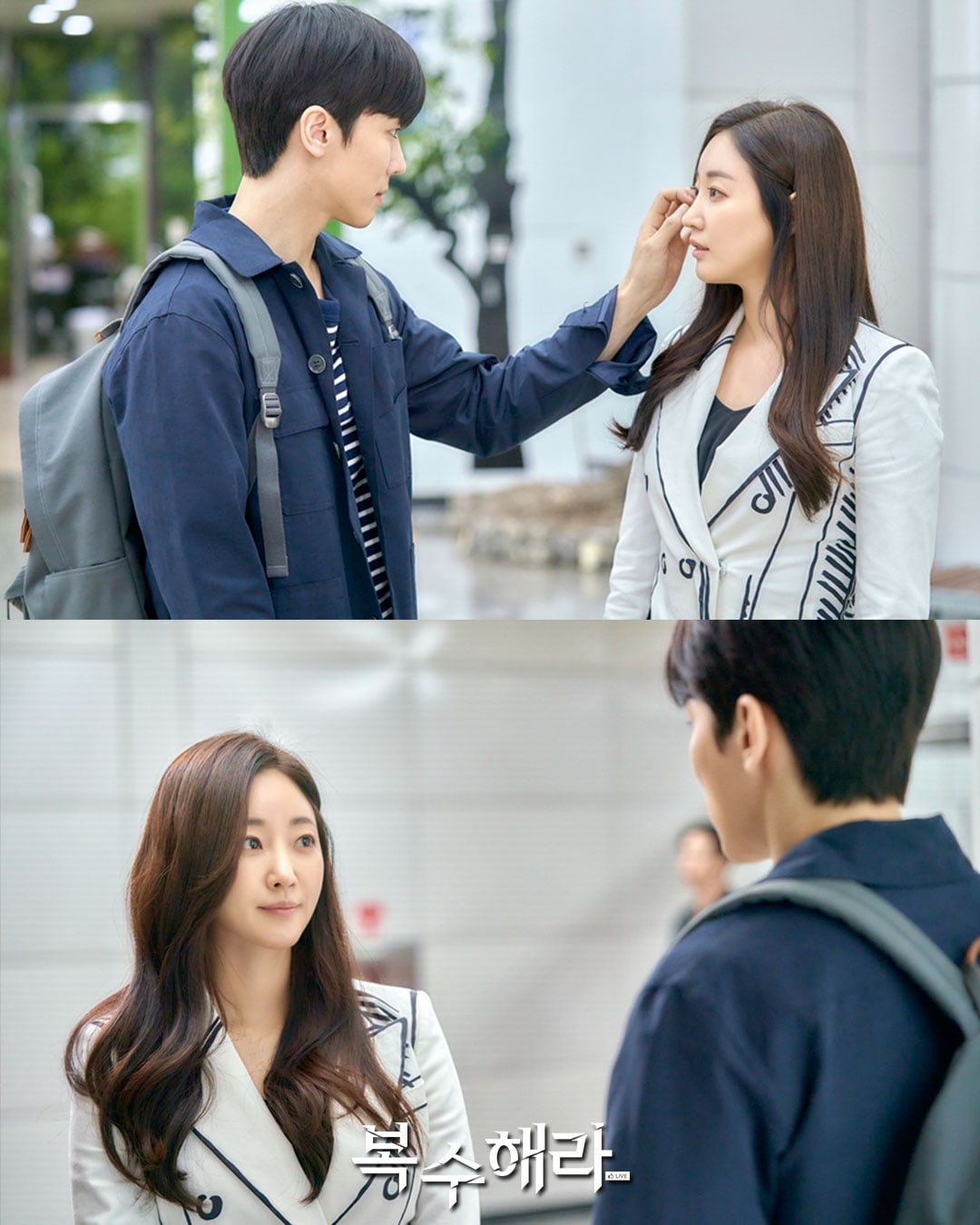 To find out why Kim Hyun Sung suddenly appeared in Kang Hae Ra’s path—and where their ill-fated encounter will lead—tune in to the premiere of “The Goddess of Revenge” on November 21 at 9 p.m. KST! The drama will be available with subtitles on Viki.

In the meantime, check out a teaser for “The Goddess of Revenge” below:

Kim Sa Rang
The Goddess of Revenge
Jo Eui Jae
How does this article make you feel?