Previously, Kim Seo Jin placed a tracking device on Lee Taek Gyu’s (Jo Dong In’s) car after growing suspicious of him. Kim Seo Jin followed Lee Taek Gyu’s car only to discover the dead body of Kwak Song Ja (Hwang Jung Min), hinting that he had fallen into a trap. Later, it was also revealed that the man who had visited Kwak Song Ja in the hospital was Lee Taek Gyu, creating a shocking twist at the ending of last week’s episode.

In the upcoming episode, Kim Seo Jin will be surrounded by the police as the sole suspect who witnessed the death of Kwak Song Ja. The new stills depict Kim Seo Jin getting on his knees. As he raises his hands up, he appears shocked by the sudden turn of events. Another image of Kim Seo Jin asking around about Kwak Song Ja also conveys his desperation. 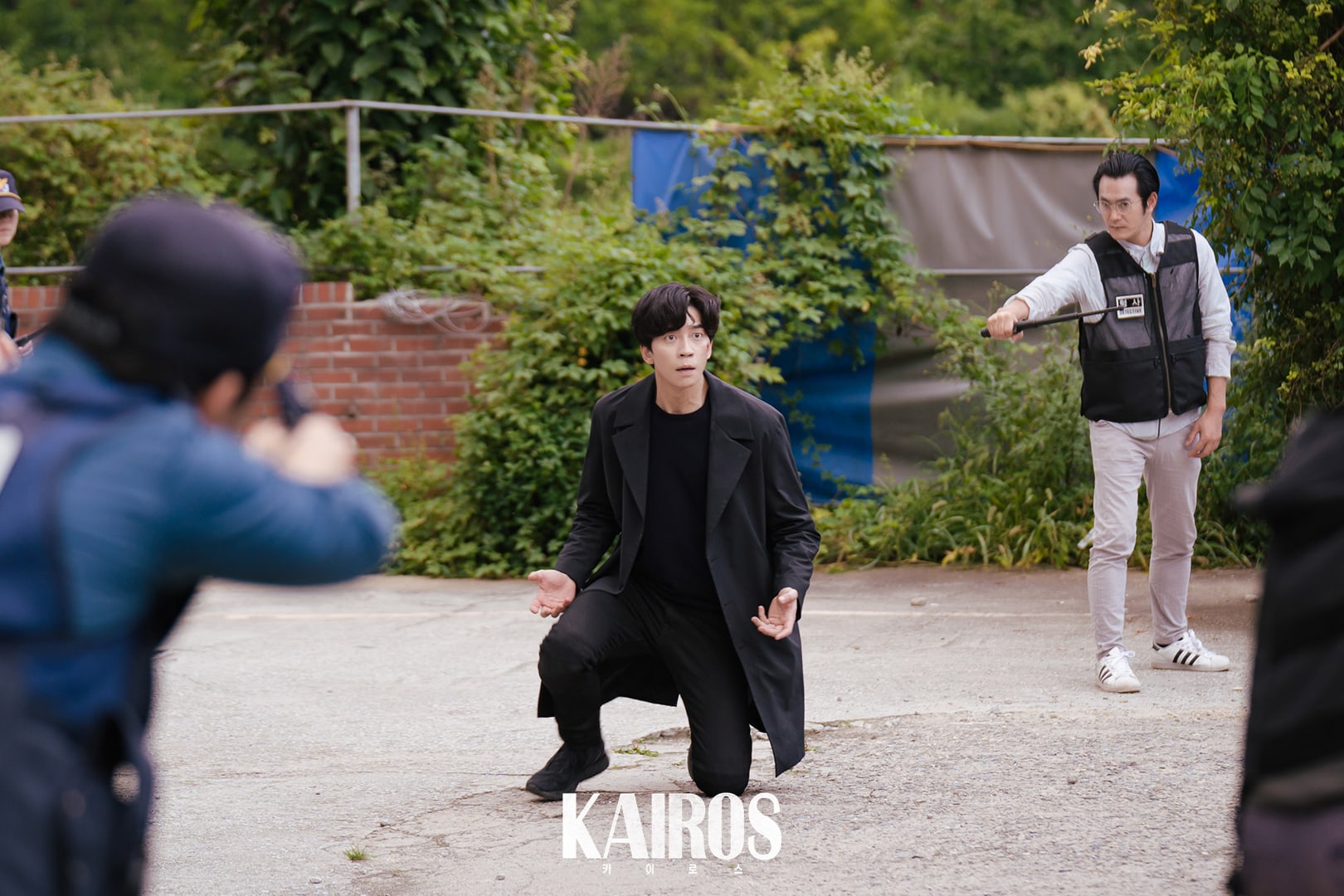 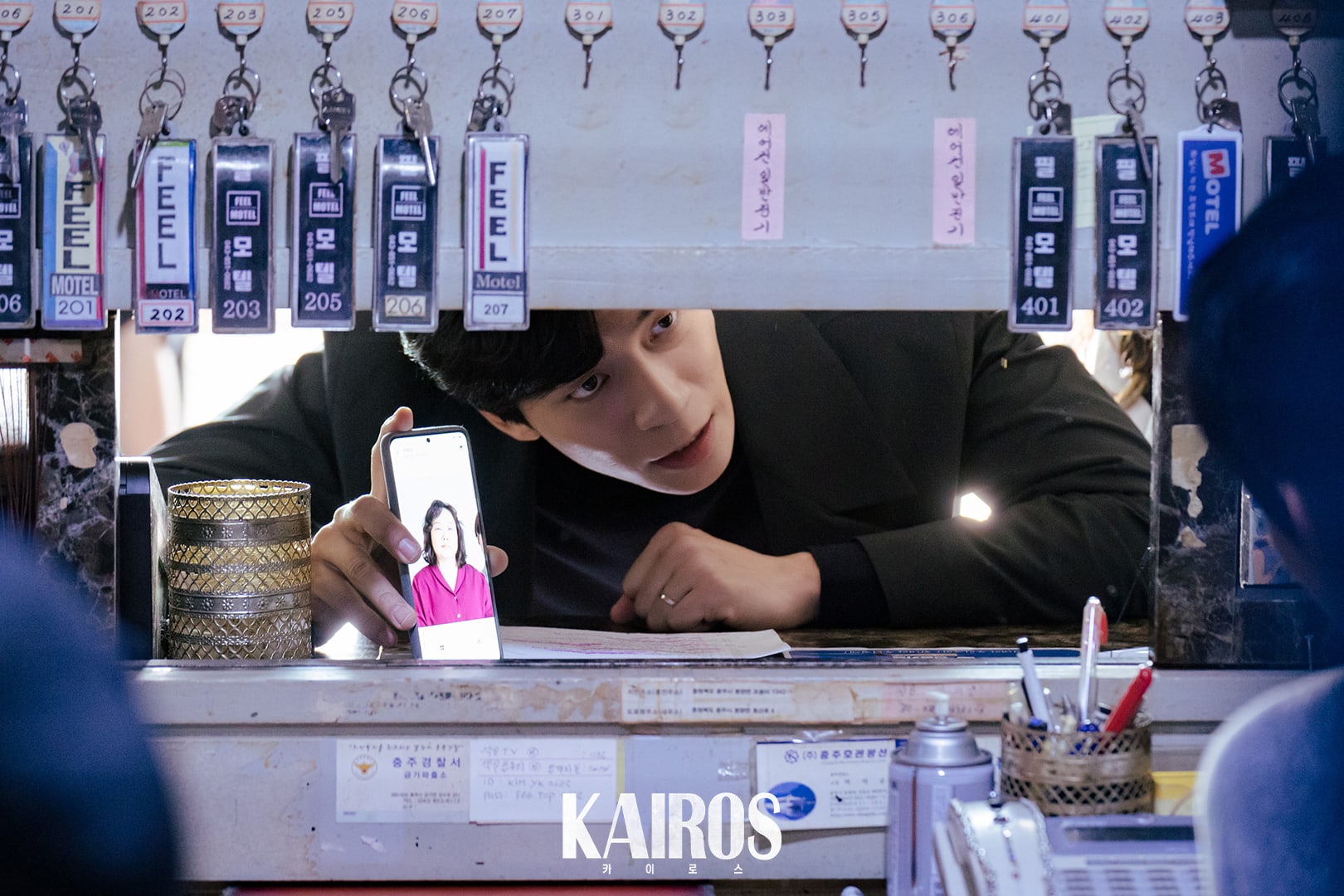 Furthermore, the detective who had felt sympathy for Kim Seo Jin since his daughter went missing also shows a fierce gaze in the new still, hinting at the hurdles Kim Seo Jin will have to overcome in the future. Viewers are curious to find out who will rescue Kim Seo Jin in the upcoming episode. 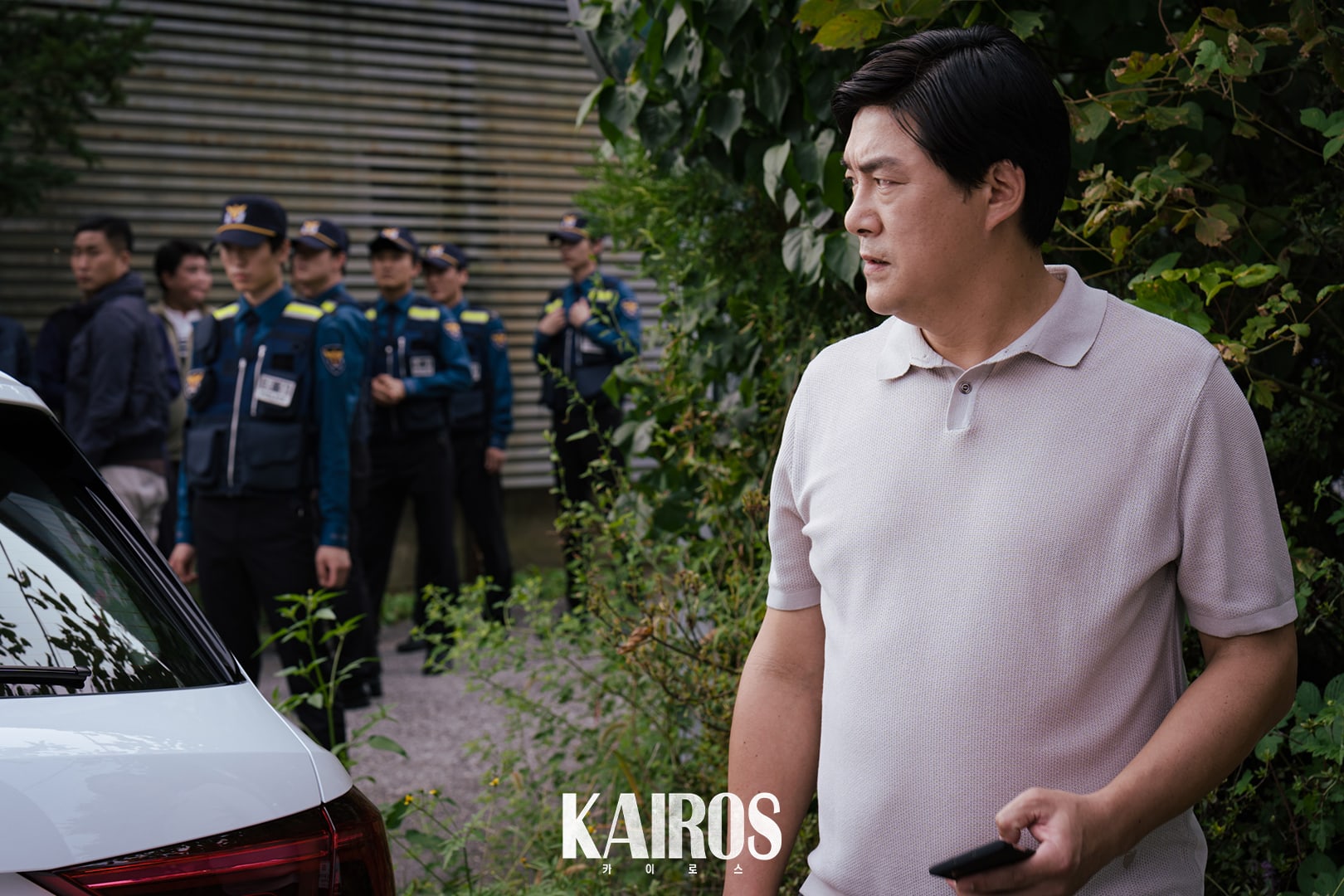 Watch “Kairos” on Viki below: