Sung Yi Kyum (Kim Myung Soo), the rookie secret royal inspector who used to live an exciting double life as a public official and a gambler, Hong Da In (Kwon Nara), a damo (a woman who works for a Joseon government office) who is in disguise as a gisaeng (courtesan trained in music and the arts), and Park Choon Sam (Lee Yi Kyung), who has been serving Sung Yi Kyum since a young age, will end up suddenly joining Joseon’s secret service team one day and put up an exciting performance.

In the newly released poster, Sung Yi Kyum, Hong Da In, and Park Choon Sam hide beneath a stack of rice straws as if they’re carrying out a secret investigation. The three covertly scope out the area, and their eyes all turn towards the same direction. The poster highlights great teamwork viewers can anticipate in the new drama. 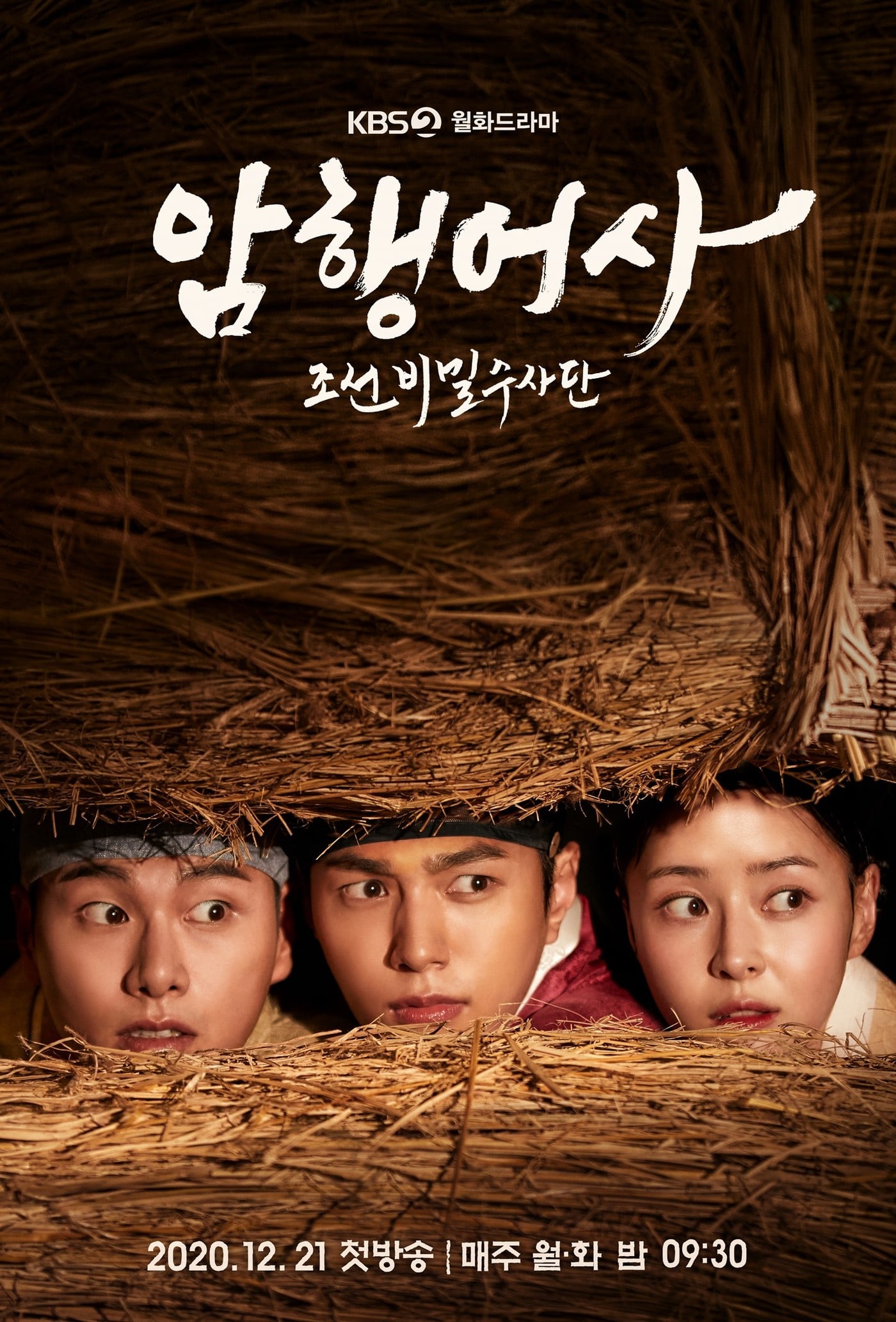 However, before Song Yi Kyum and Hong Da In exhibit great chemistry, the two will have an ill-fated first meeting. Viewers can tune into the show’s premiere to discover how the three will come to work together to take down corruption.