Elle Korea teamed up with Code Kunst, Simon Dominic, and Choi Jung Hoon to release a star-studded music video in celebration of the magazine’s 28th anniversary!

As the first international fashion magazine to launch in Korea, Elle is celebrating their 28th anniversary with a special project called “RECONNECT.” The project began with their wish to greet and provide comfort to those enduring these hard times through a song. The single album “RECONNECT” features the song “For the gone.” 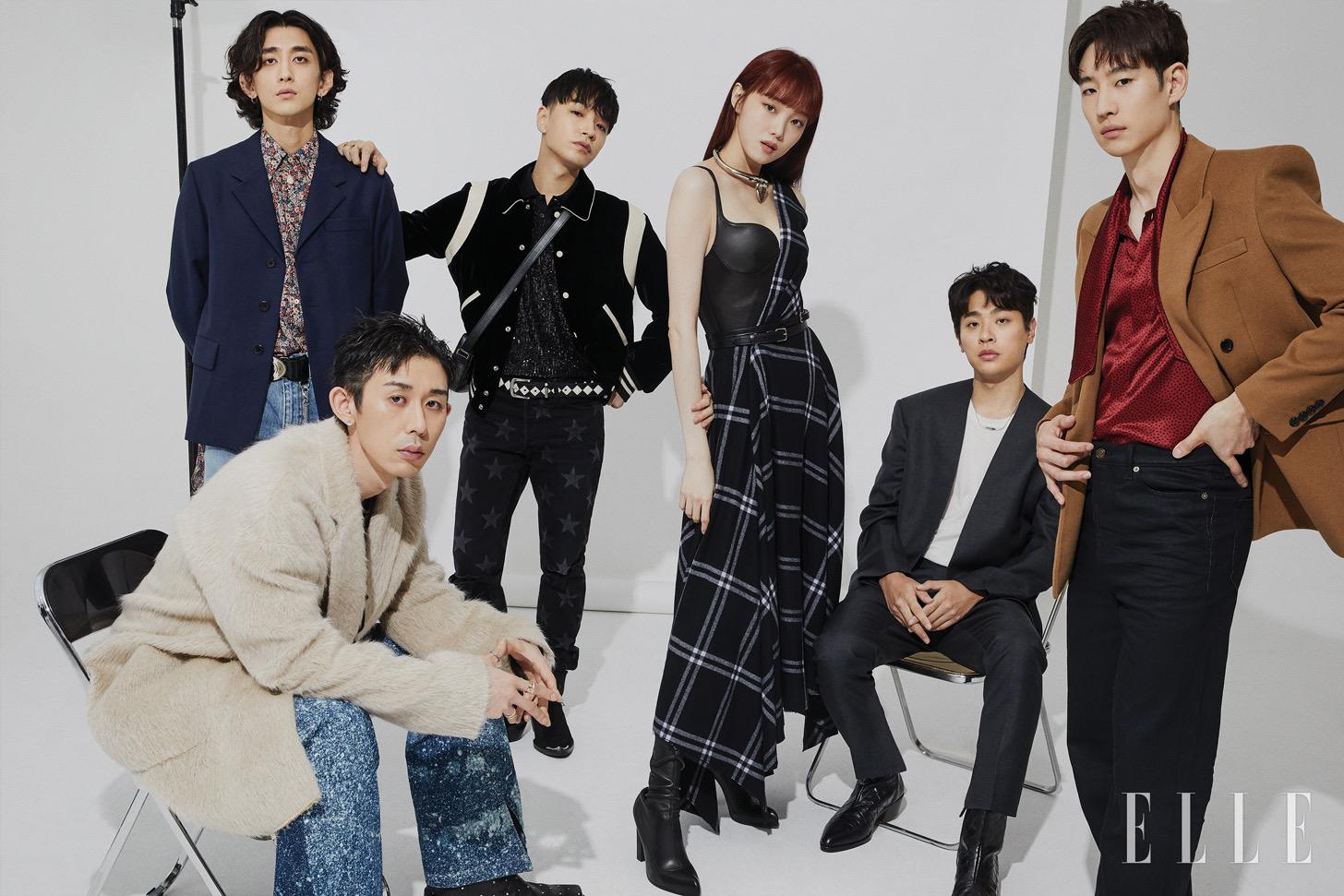 The cinematic music video for the track was released on November 16. It begins with Lee Je Hoon playing a police officer listening to an announcement that states, “The nighttime curfew that was originally from midnight to 4 a.m. will change to 11 p.m. to 5 a.m., extending two hours starting tomorrow. Additionally, there are plans for strong action to be taken against private clinics operating illegally.” The state of emergency also jumps from stage three to stage four.

This announcement is interrupted by a call reporting an arrest of a woman in her late twenties and Lee Je Hoon makes his way to the scene. He puts on a mask as he walks over, and all the officers are also wearing masks. His police car reads “quarantine safety.”

The woman turns out to be Lee Sung Kyung, who looks at Lee Je Hoon with a surprised expression, indicating that they know one another. She is arrested for hanging up posters and Lee Je Hoon is handed her bag. Another officer tells him, “It must be hard. Be careful.”

Once they arrive at their destination, Lee Je Hoon takes Lee Sung Kyung out of her handcuffs and she apologizes. He replies, “It’s okay. It’ll get better. That’s what I have to believe.” She responds with a smile, “Gross,” and the two head inside.

Watch the full music video below!