A remake of the Japanese film “Josee, the Tiger and the Fish,” “Josée” will tell the story of a woman and a man who embark on the most beautiful chapter of their lives after meeting one another. Han Ji Min will star as Josée and her “Radiant” co-star Nam Joo Hyuk will join her as male lead Young Suk.

The new poster perfectly captures the mood of winter and shows a beautiful moment of Han Ji Min and Nam Joo Hyuk looking off into the distance together. It reads, “The time when we were most beautiful.” 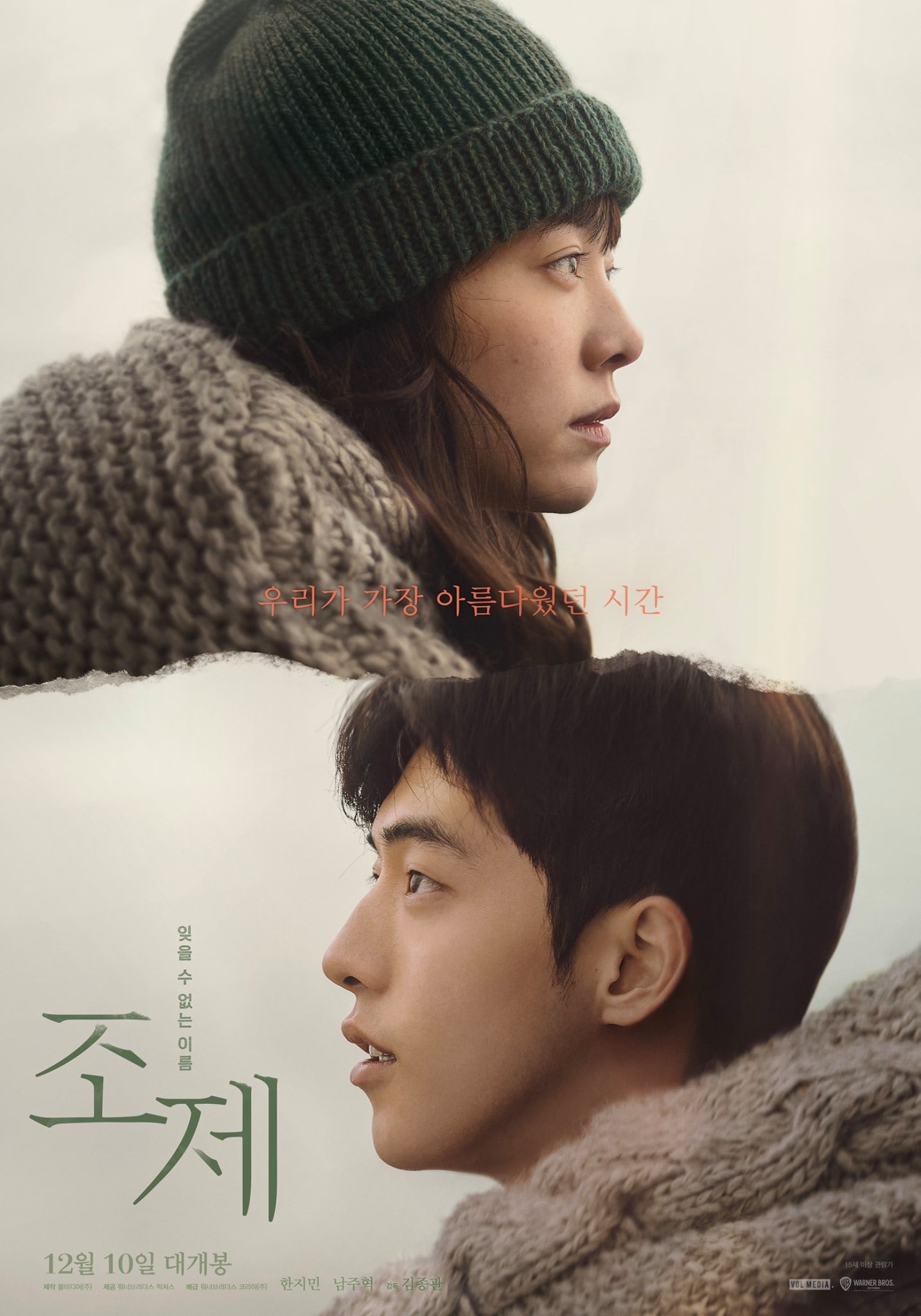 The new trailer shows Josée and Young Suk in a forest as Josée comments, “At times, I wanted to go to the farthest place possible with you. At the same time, I wanted to stay trapped.” The two first meet when Young Suk makes a delivery to Josée’s house and she prepares him a meal. As he takes his first bite, Josée asks, “Why are you eating like that? In case I poisoned it?”

Young Suk says, “That was our first meeting,” and he begins to spend much more time around her. He helps around her house, explaining that he’s studied motors in the past, and helps her eat. Eventually, he asks, “Do you have a phone? Also, what is your name?” He writes down his number and explains, “That’s my phone number. So you can call me when you need to.”

When the two are on an amusement park date, she cautiously asks him, “Am I weird?” Young Suk responds, “No. You’re just so pretty.” While Josée is immensely touched by his honesty and kindness, she is simultaneously uncomfortable with the sudden change in her life. At the end, Young Suk tells her, “I’ll come back.”

Start watching their drama “Radiant” with English subtitles below!