KBS has shared some warm-hearted behind-the-scenes photos from the set of “Do Do Sol Sol La La Sol”!

In recent episodes, the dynamic romance between Goo La La (Go Ara) and Sun Woo Joon (Lee Jae Wook) continued to move in unpredictable directions. After they were forced to part ways, the couple managed to reunite, but then Goo La La decided to say goodbye again temporarily for Sun Woo Joon’s sake.

Six months later, viewers were surprised to see her preparing for a suspicious wedding with Cha Eun Suk (Kim Joo Heon). Having heard this news, Sun Woo Joon raced to the wedding venue and took her out by the hand.

The new behind-the-scenes stills are from the filming of this episode, as well as the episode in which Go Ara and Lee Jae Wook played the younger versions of Kim Man Bok (Lee Soon Jae) and his wife, Shim Soon Ja. Kim Joo Heon also played the rival in that old love triangle, with all three actors dressed up in retro period costumes. 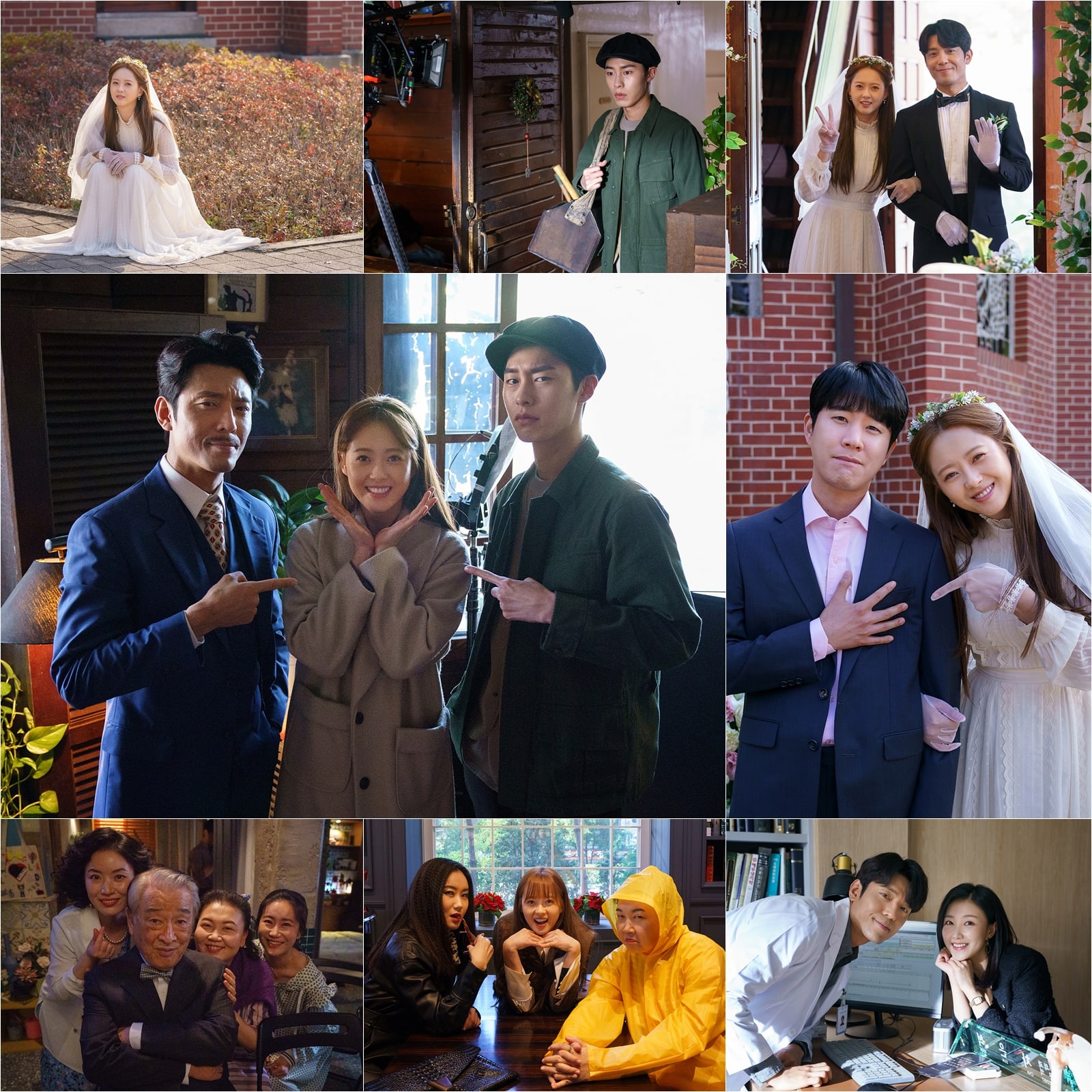 The actors have fun with their costumes in the behind-the-scenes photos, with Go Ara posing from a squatting position in her wedding gown and making a V sign for the camera arm-in-arm with Kim Joo Heon. She also poses with Moon Tae Yoo, who plays Bang Jung Nam, while Lee Soon Jae is a dapper gentleman among a group of older ladies.

A source from the drama stated, “The second movement of Goo La La and Sun Woo Joon’s youth is heading toward its final page. Please stay tuned until the end to see the fate of these lovable characters, who will not lose their warmth and refreshing personalities despite unexpected plot twists.”

Watch Lee Jae Wook in the drama “I’ll Go to You When the Weather Is Nice” below!