After revealing fun individual character posters in the style of Instagram posts, tvN’s “Mr. Queen” has unveiled a group poster!

“Mr. Queen” is an upcoming tvN historical fusion drama about a man from modern times whose soul gets trapped in the body of a queen from the Joseon dynasty.

Shin Hye Sun stars as Kim So Yong, the Joseon queen with the soul of Jang Bong Hwan, a chef who works in the Blue House. Kim Jung Hyun stars as King Cheoljong, who is a weak and ineffective king on the outside but is stronger and sharper than he appears. Bae Jong Ok plays Queen Sunwon, who holds the reins of true power from behind the throne, and Kim Tae Woo plays Kim Jwa Geun, Sunwon’s younger brother.

In the group poster, the caption reads, “Everyone in the palace has secrets. But no seal lasts forever.” Kim So Yong is dressed in the elegant hanbok of a queen, but sits in the classic “man-spreading” pose of a modern man with a tendency to bluff.

She sits at the center of a triangle of power and politics formed by King Cheoljong, Queen Sunwon, and Kim Jwa Geun. King Cheoljong stares off into the distance, keeping his inner thoughts carefully hidden. Queen Sunwon keeps a sharp eye on him, showing her intent to keep the king under her thumb at all times. Kim Jwa Geun looks down on them both with ambition in his face, revealing his unquenchable desire for power. 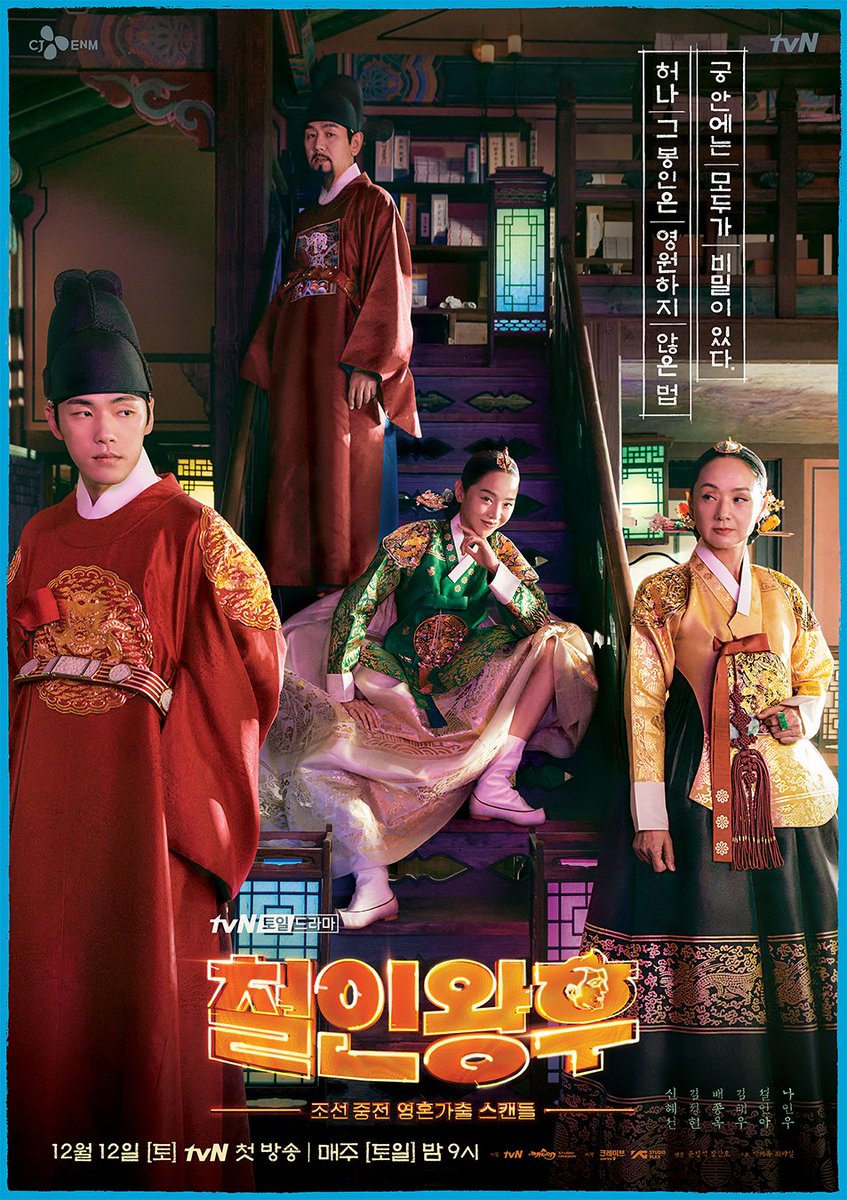