As someone without a regular 9-to-5 job, Oh Mi Joo works day and night in her most comfortable spot. Her job requires patience and insight, and she takes on various tasks to complete her job, such as investigating relevant information, understanding the content, translating the dialogue, and reviewing her work.

In order to finish everything by the deadline, she uses her time in an efficient way. She changes her sleeping pattern to fit the schedule, and she uses passion as a source of caffeine to finish her projects. 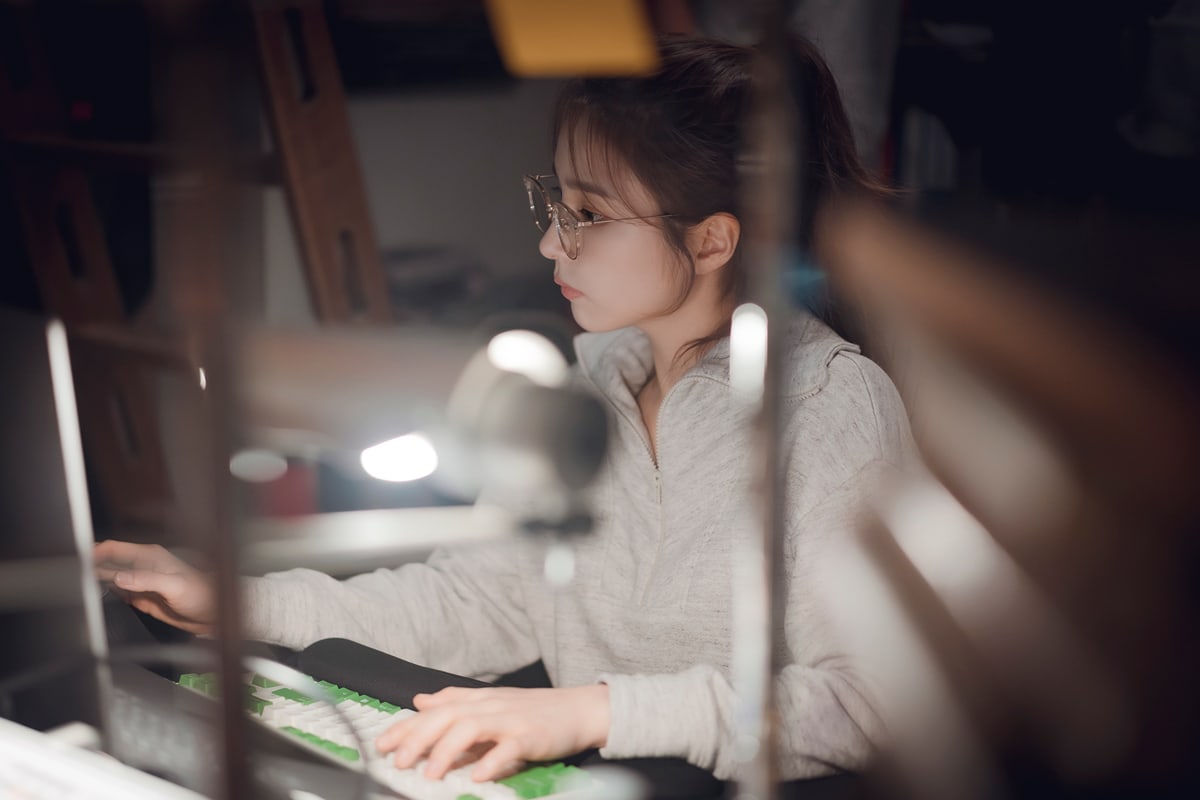 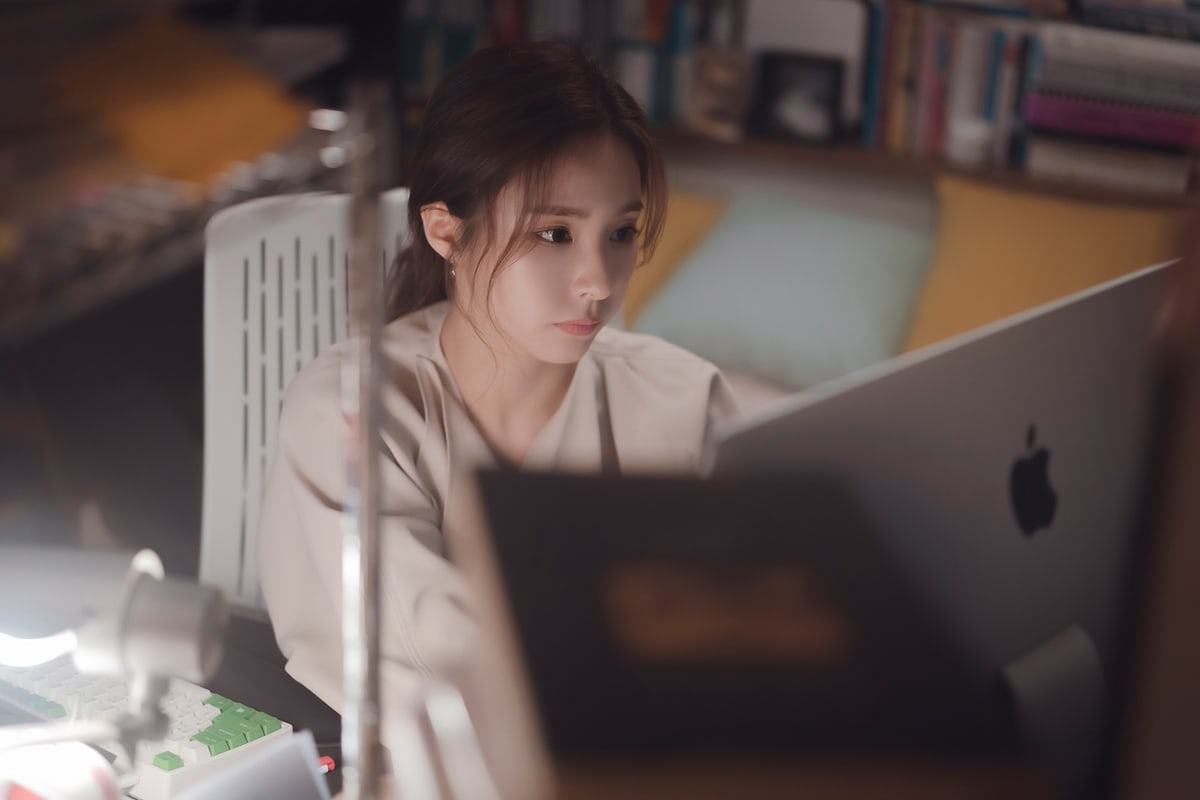 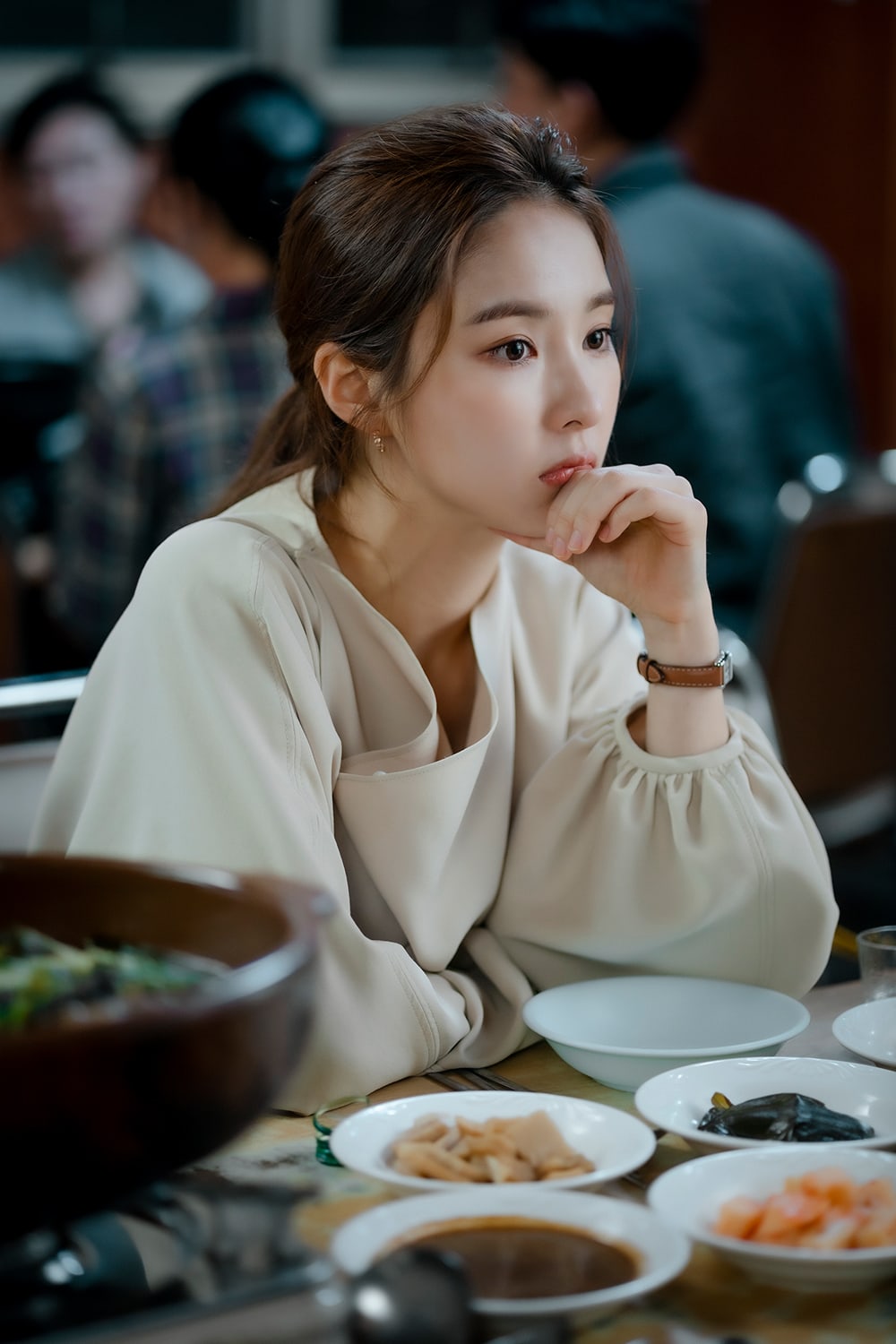 Oh Mi Joo’s life starts to change when she meets Ki Sun Kyum, who is very different from her. As a former athlete, he only runs forward, but as a translator who reviews the same video and text over and over again, she tends to keep looking back. Oh Mi Joo, who has always been full of confidence, starts to feel small in front of Ki Sun Kyum. Now, she must use her translating skills to decipher this man who speaks a completely different language from her. 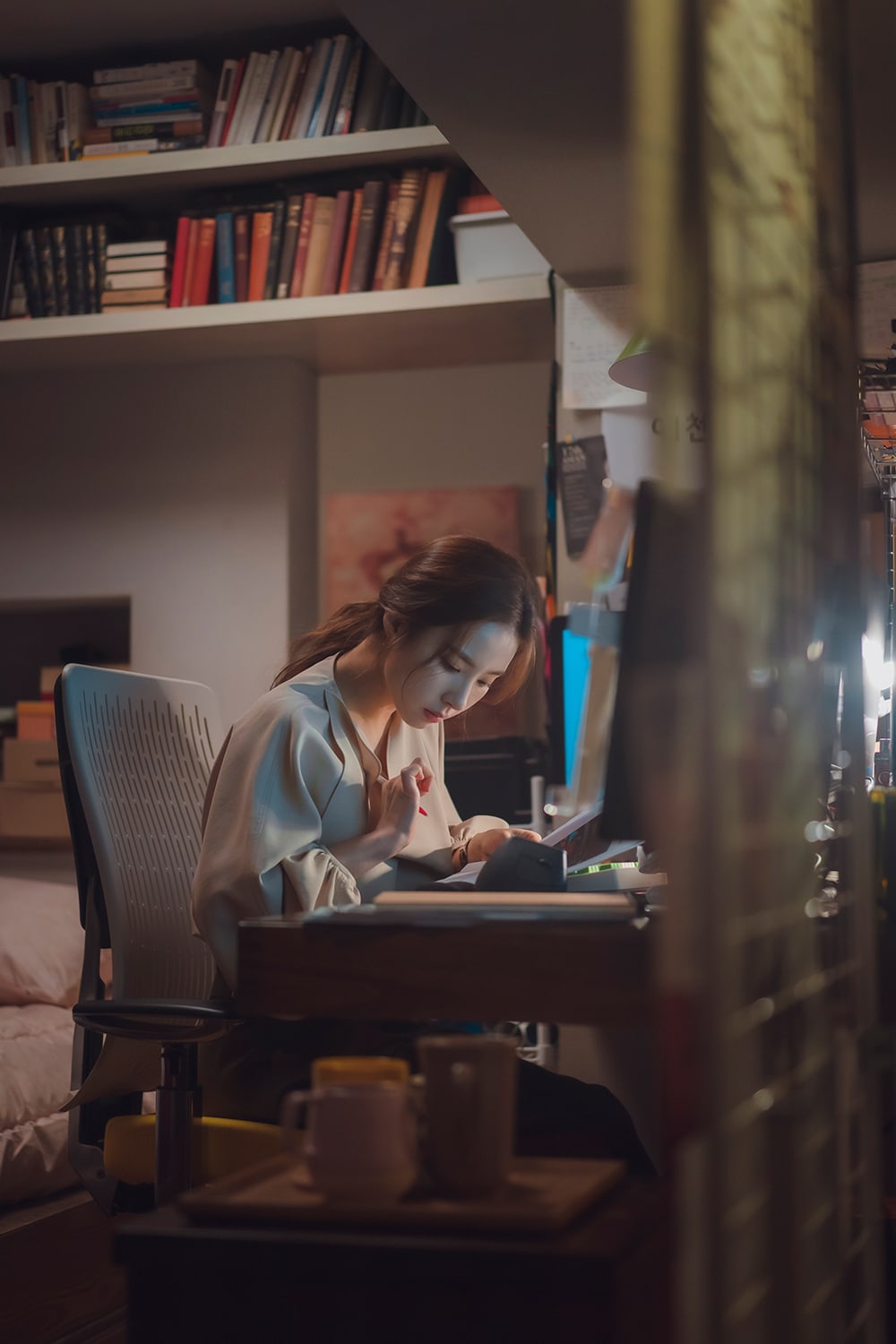 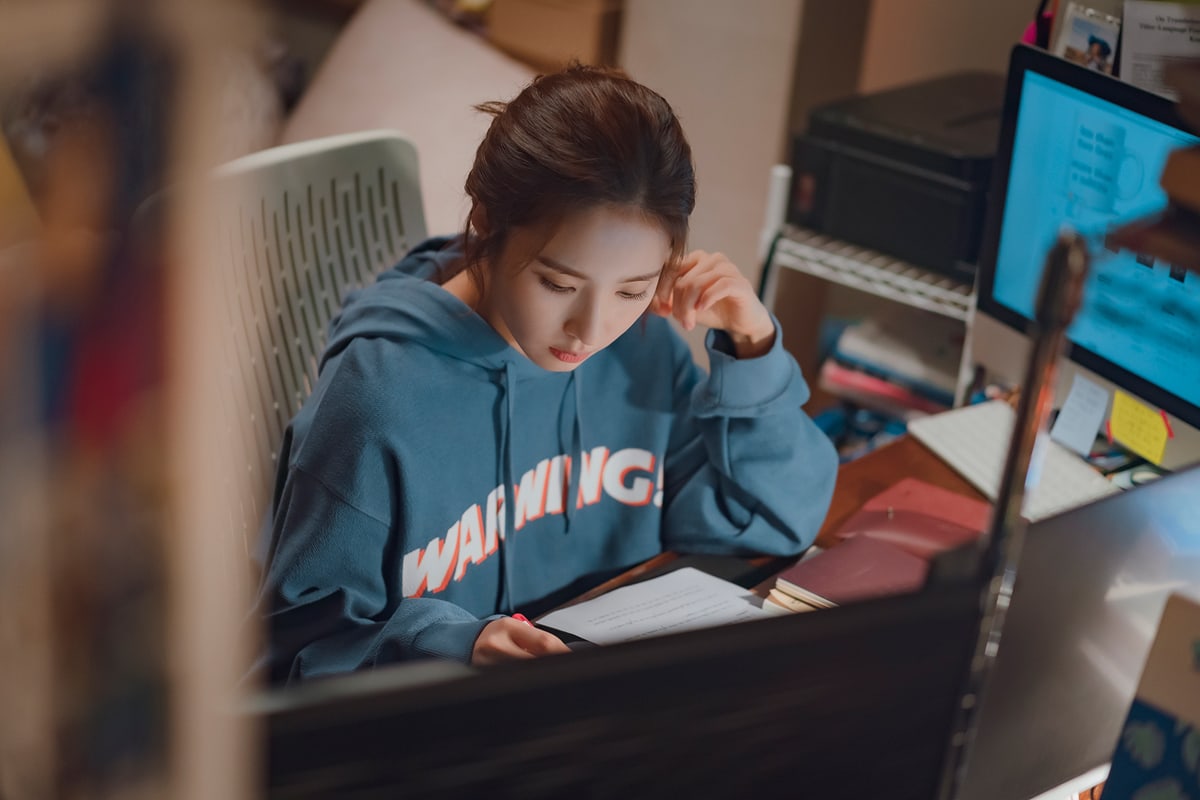 The production team of “Run On” commented, “In today’s stills, we showed a glimpse of Oh Mi Joo’s daily life and her love for translating. Unexpected moments will occur for both Oh Mi Joo and Ki Sun Kyum, who love their work, and they will have to put off what they had cherished for a while. Please look forward to their special romance as they portray how their lives will change and what they will mean to each other.”

In the meantime, watch Shin Se Kyung in “Bride of the Water God“:

Shin Se Kyung
Run On
How does this article make you feel?