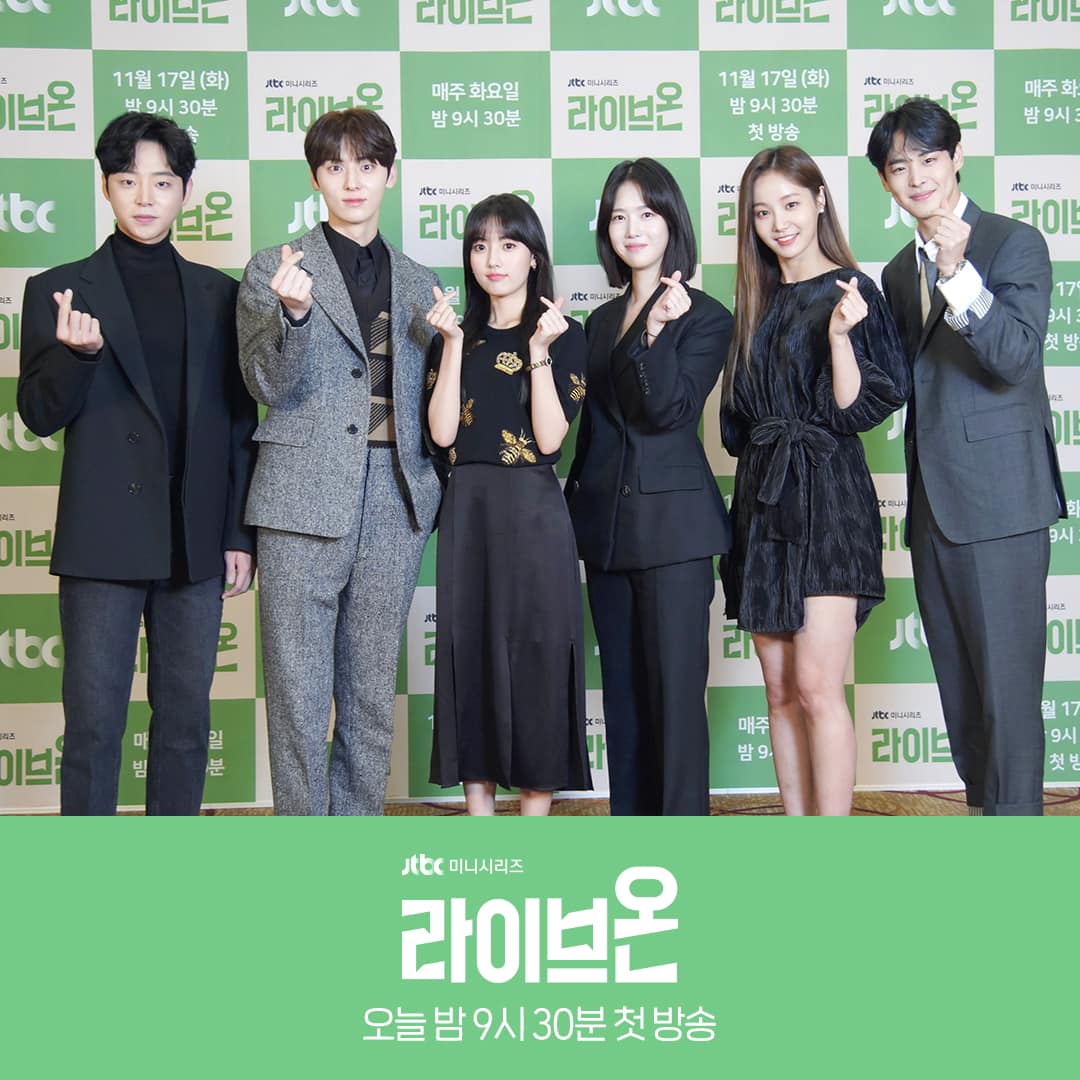 “Live On” is a teen romance drama about Baek Ho Rang (Jung Da Bin), the local celebrity at Seo Yeon High School, who enters the broadcasting club for suspicious reasons. She ends up clashing with Go Eun Taek (Minhyun), the head of the club, who is strict and a perfectionist.

Director Kim Sang Woo said, “It was fun to film such an exciting and warm story with such great actors,” he said. “The entire cast and crew worked hard to prepare. I think that it is a great fortune to meet such talented actors. I wanted actors who could bring their characters to life. We had a lot of discussions on set while filming. I don’t think that I could have cast better actors if I tried. Their focus and their concentration were really good, and I look forward to how they grow in the future.” 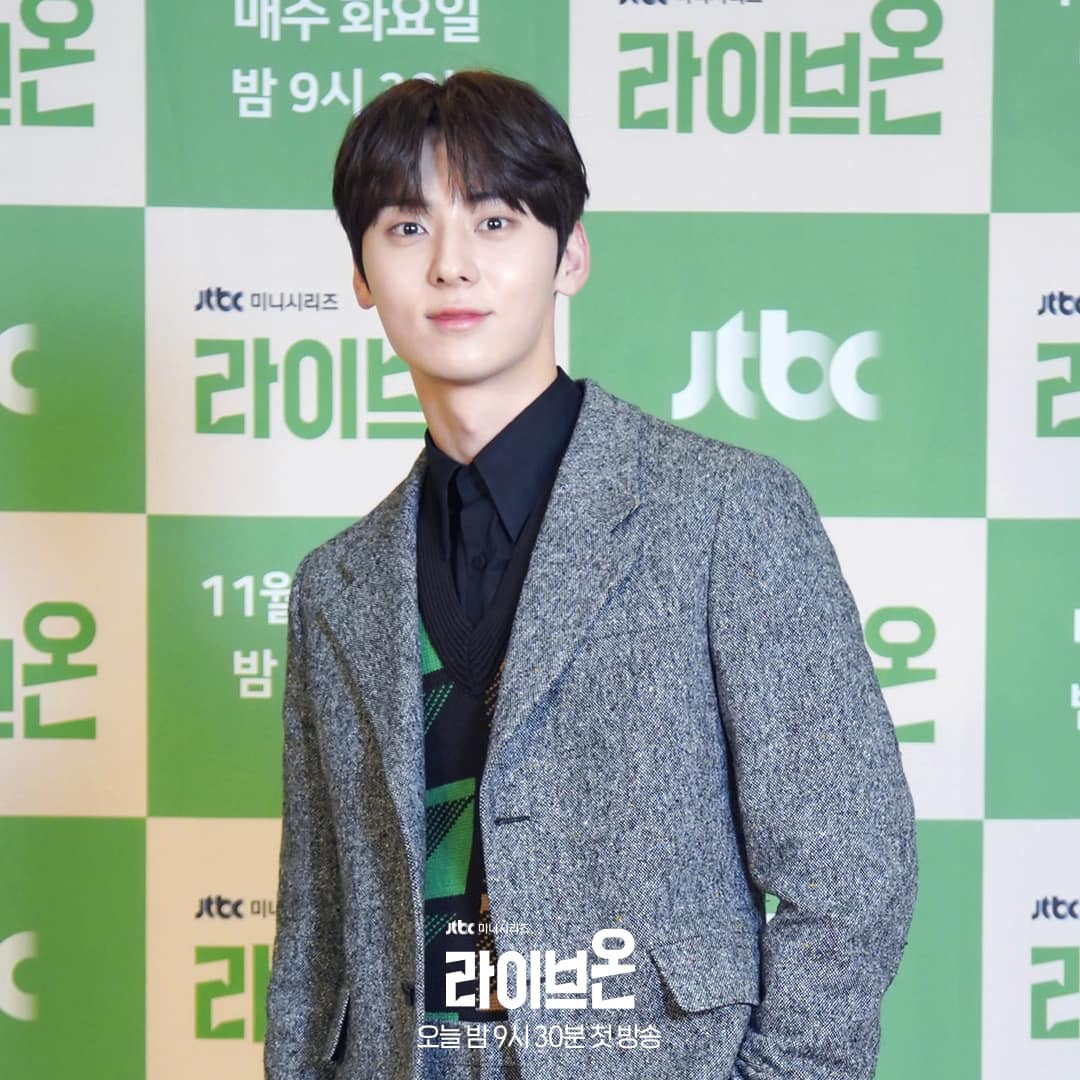 Minhyun said, “My character is one that I’d dreamed of playing. I’m honored that ‘Live On’ is my first drama. Since I was able to film in such a good environment, it won’t be a project I’ll easily forget. I’m very grateful.” He added that although he had felt pressure because it was his first lead role, he said, “The director and my co-stars were very considerate of me, so my nervousness soon turned to enjoyment. I was worried because it was a different style of acting from musicals, but the experience I got from doing musicals helped ease my fears.”

Minhyun was also asked about putting on a school uniform for his role. He said, “Once I put on the uniform and went to the set, which was based on a real school, I really felt like I’d become a high school student. I learned that these days, students exchange contact information through social media. There’s a lot of stuff like that in the drama. I learned a lot of new slang too.” 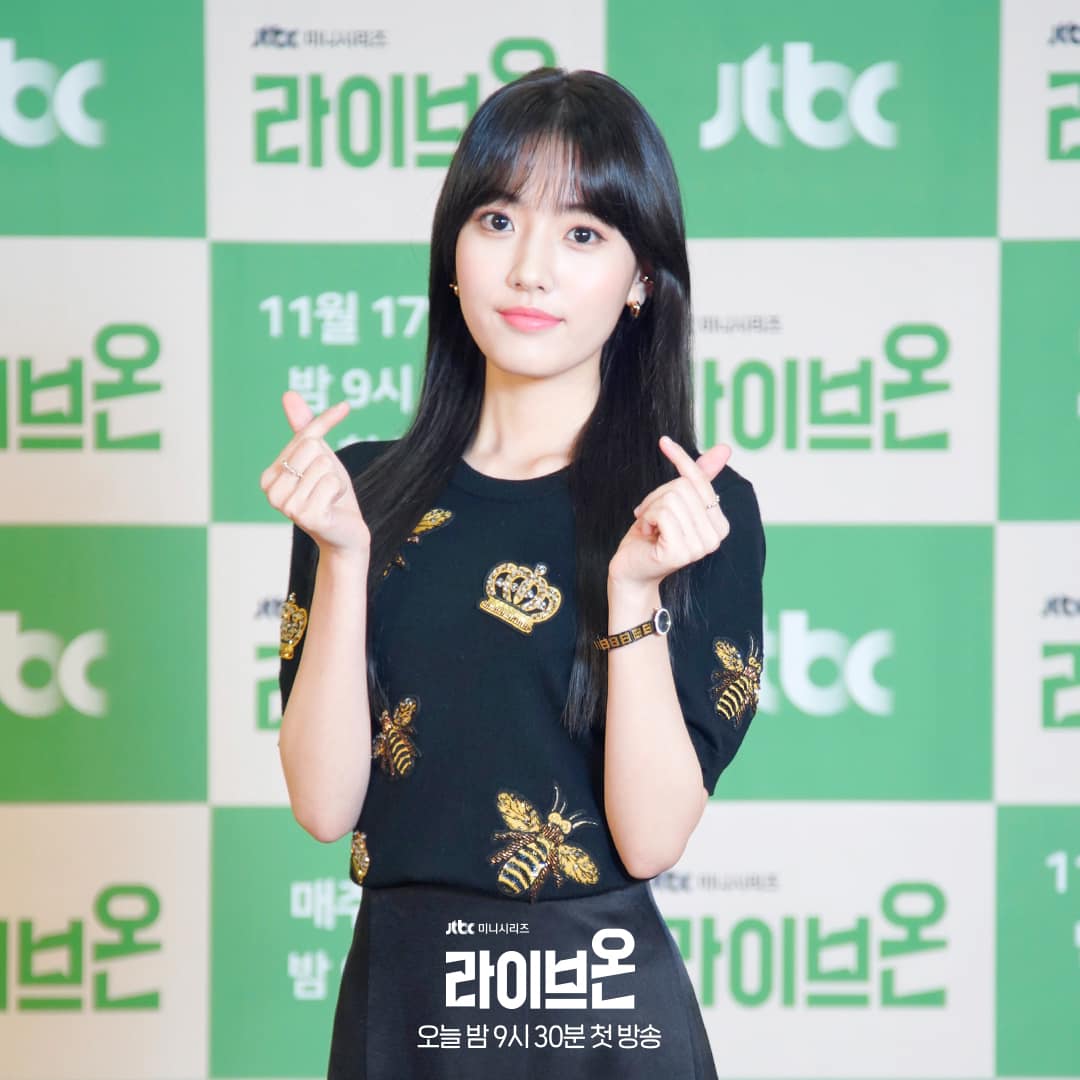 Jung Da Bin said, “It was an honor to work on this project with such great people. I enjoyed the process a lot, so I hope that a lot of people will show the drama interest and love.” Asked about the difference between this and her Netflix series, “Extracurricular,” she said, “I played an 18-year-old [Korean age] in both, but the characters were different inside and out. Baek Ho Rang seems like a prickly person on the outside, but she grows up well thanks to the people around her. To show off Ho Rang’s charms, I styled myself in subtle accessories and props. When she wore regular clothes [as opposed to school uniforms], I tried to follow the trend of teenagers these days.”

She was also asked about the similarities between her and Baek Ho Rang. Like Ho Rang, who is famous among her peers, Jung Da Bin was a child actress. She said, “At the beginning, my friends at school would come around to look at me because they were curious. But I really liked going to school, so I soon just became a regular student to them. They’d be like, ‘Oh, right, you’re an actor?’ I felt more awkward seeing myself on TV.” 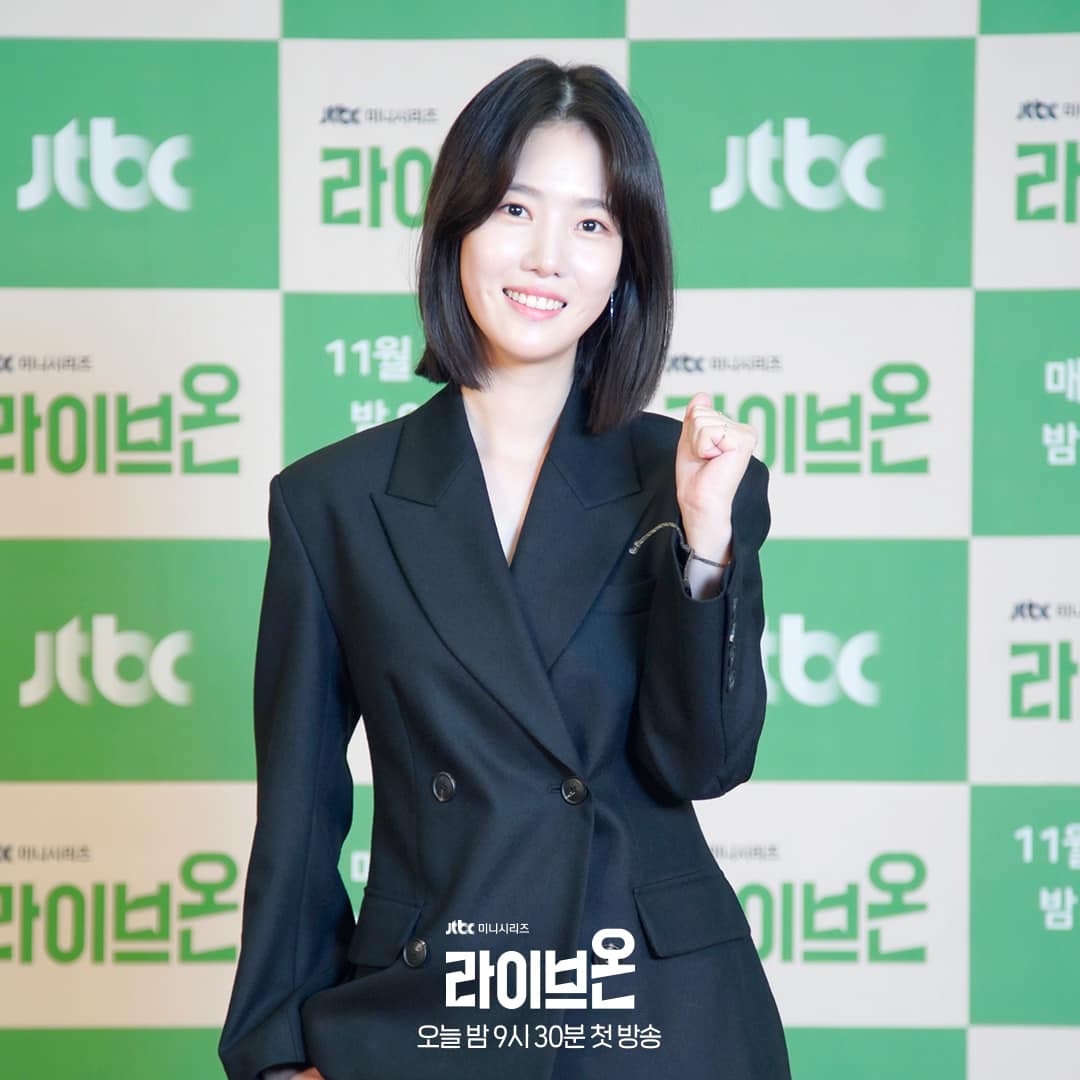 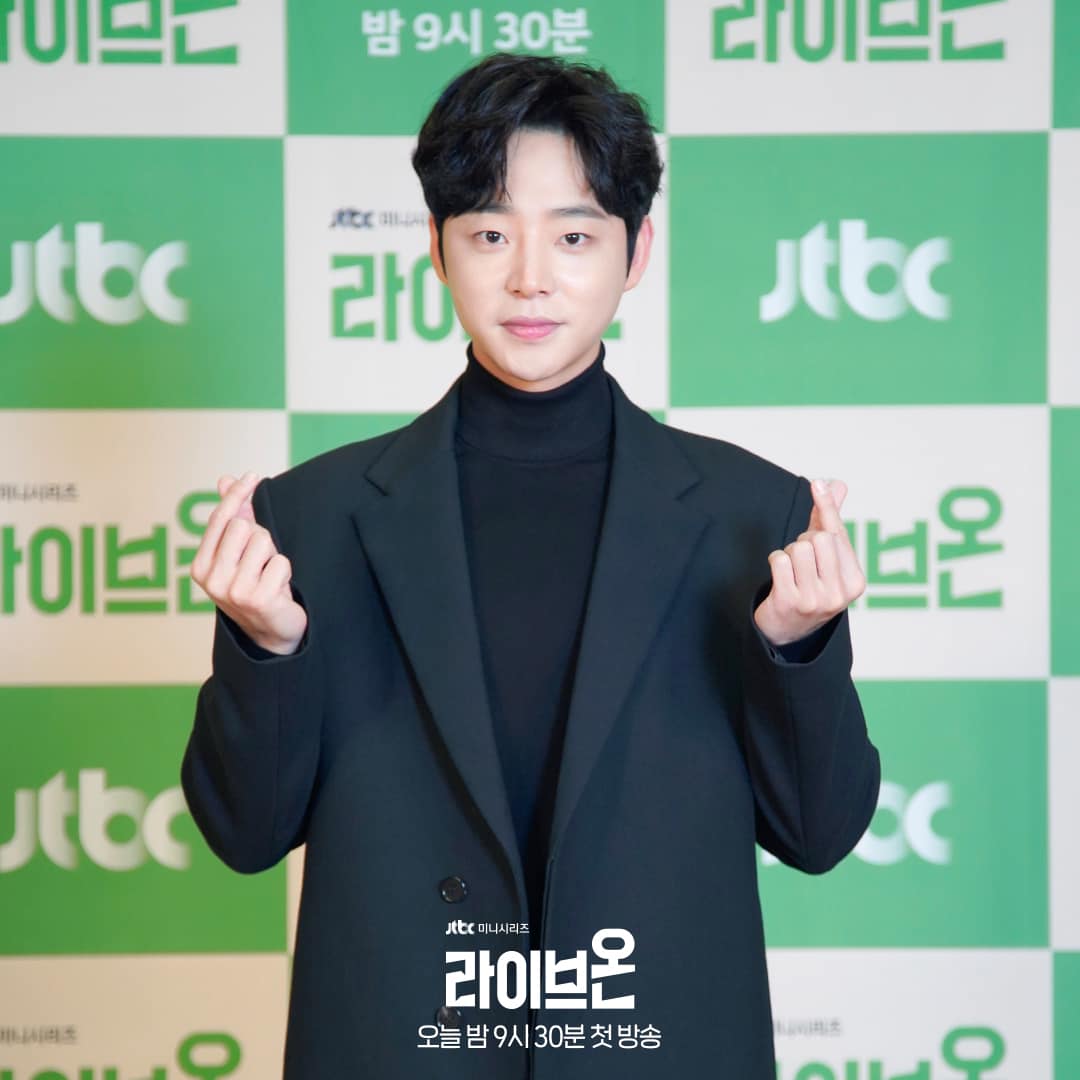 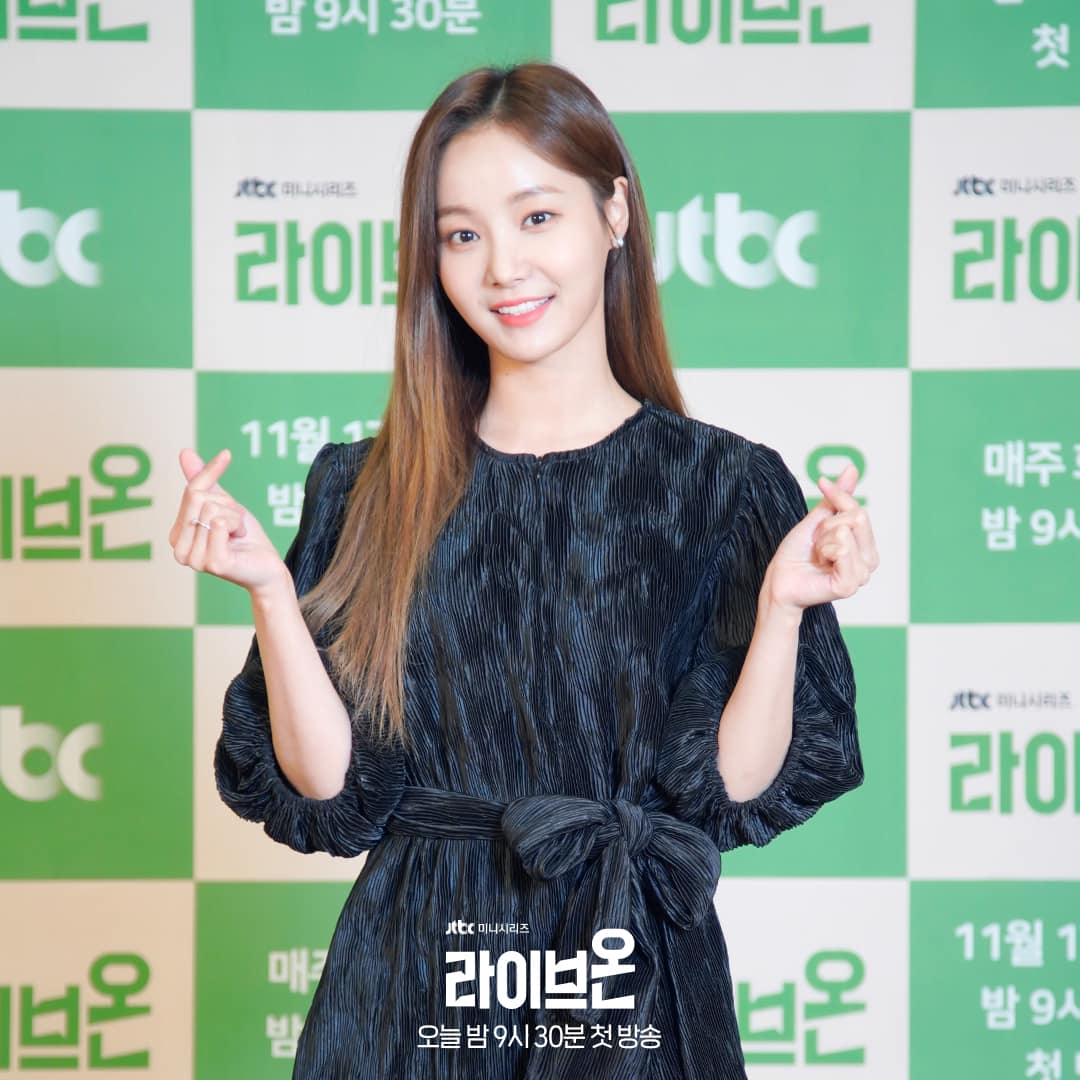 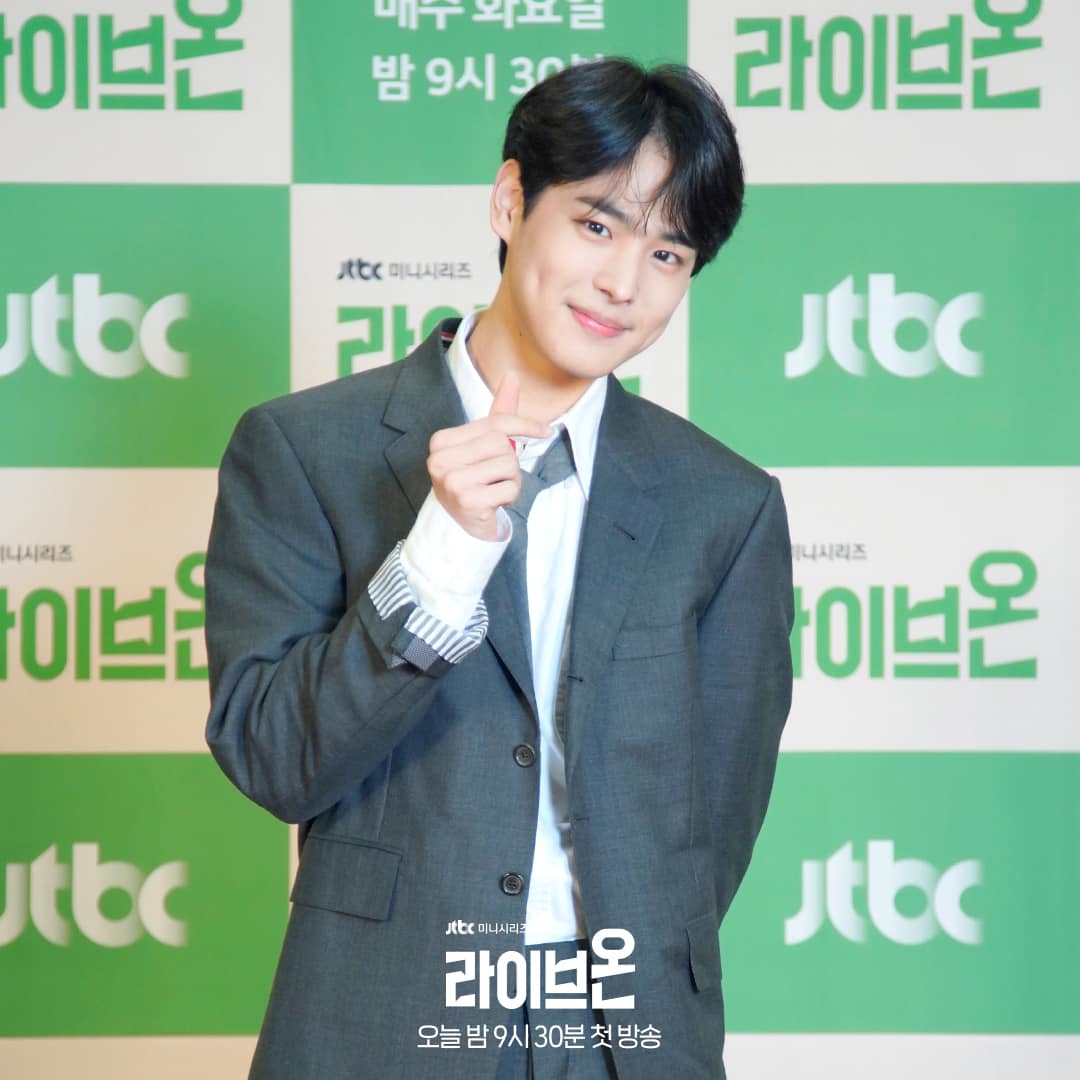 “Live On” premiered on November 17 and will soon be available on Viki.