“Lovestruck in the City” is an upcoming KakaoTV original drama about the real romance of young people who are fighting to survive in the hectic city. It is being produced with multiple seasons in mind, and the first is titled “My Lovable Camera Thief.”

In the new poster, Ji Chang Wook and Kim Ji Won enjoy a romantic date on a rooftop surrounded by fireworks. Kim Ji Won channels her character’s alter ego, Yoon Sun Ah, who is a free spirit who isn’t afraid to show her wild side. Ji Chang Wook shows his character’s devotion to the woman he loves by directing his warm gaze in her direction. The caption reads, “The questions that start after a breakup seek the way to love.” 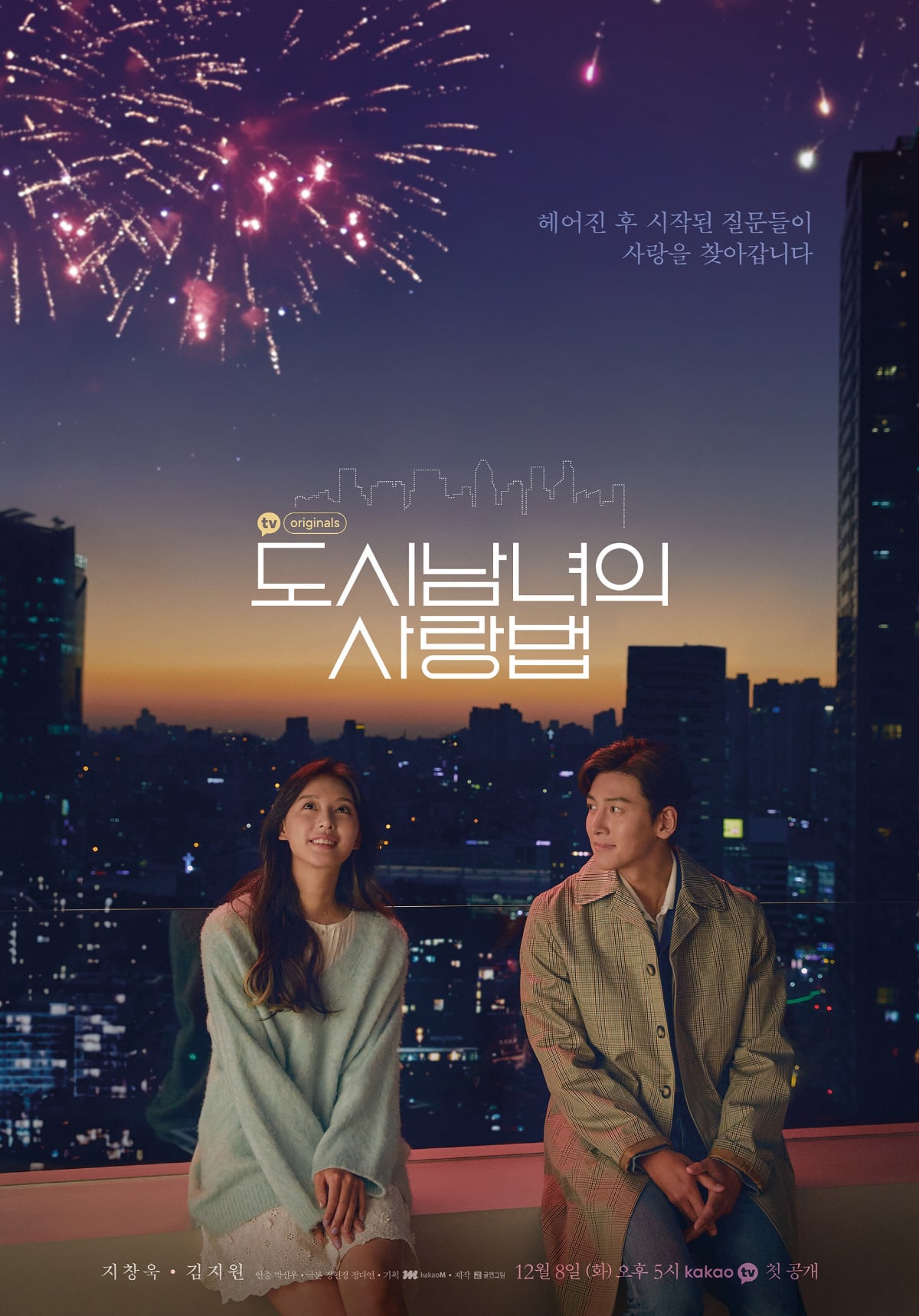 “Lovestruck in the City” premieres on December 8 at 5 p.m. KST on KakaoTV.

Check out Kim Ji Won in “Fight for My Way”!