MBC’s “The Spies Who Loved Me” revealed new stills of Im Joo Hwan and Yoo In Na ahead of tonight’s episode!

Previously, Kang Ah Reum resolved to dig up the secrets Derek Hyun was hiding after finding out that his younger brother Tinker (Lee Jong Won) had been the suspicious person who had ransacked Sophie’s (Yoon So Hee‘s) house. In addition, she also discovered the bugging device that Derek Hyun had placed in the Foreign Ministry. Viewers are curious to find out whether or not Kang Ah Reum will finally be able to take off his mask and figure out his true identity.

New stills show that she might be one step closer to her goal as she finds her husband looking through her desk at her wedding dress shop. Knowing that he has been caught red-handed, Derek Hyun looks nervous as he locks eyes with Kang Ah Reum, who folds her arms crossly. He then sits meekly at the table as she confronts him about the matter. 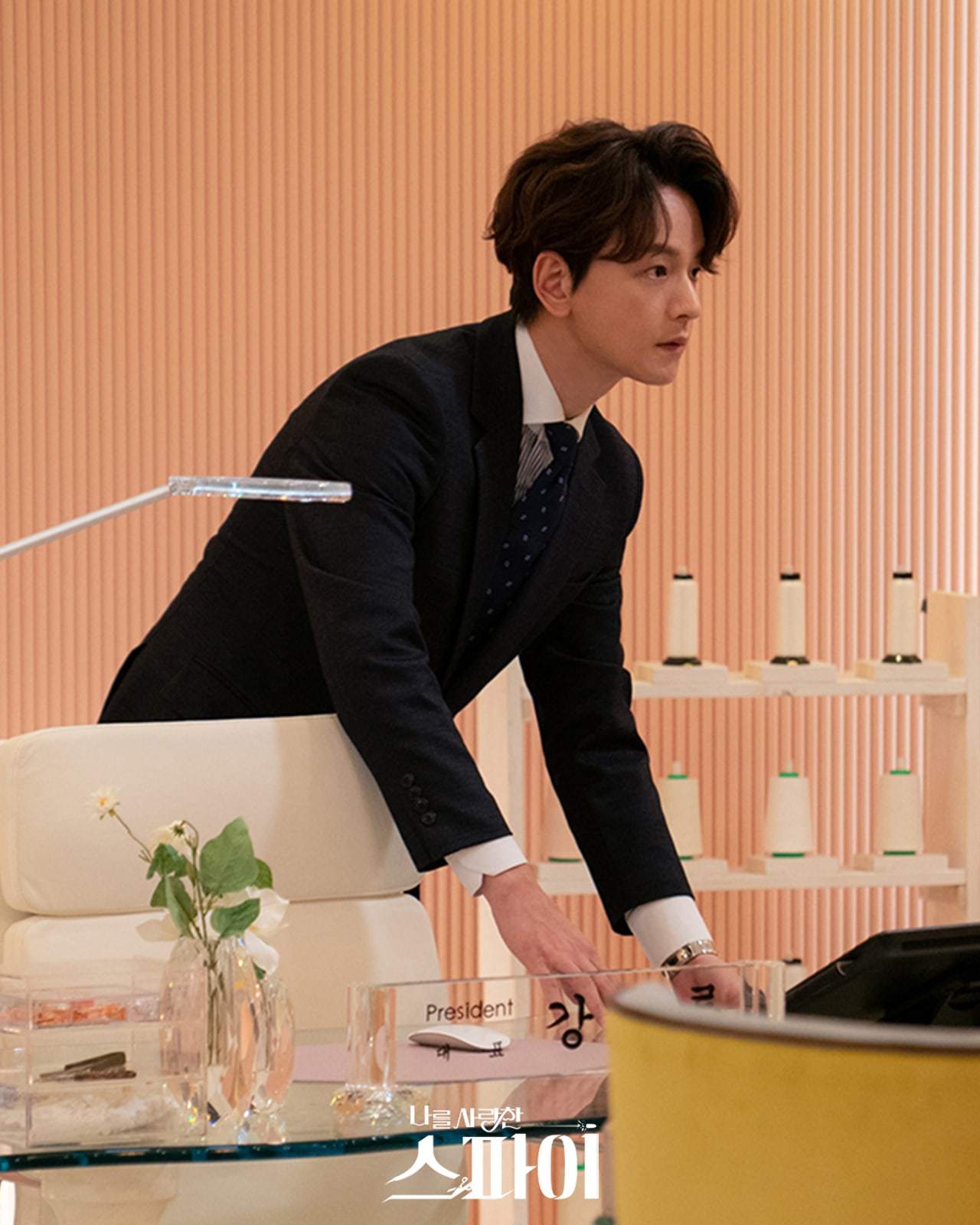 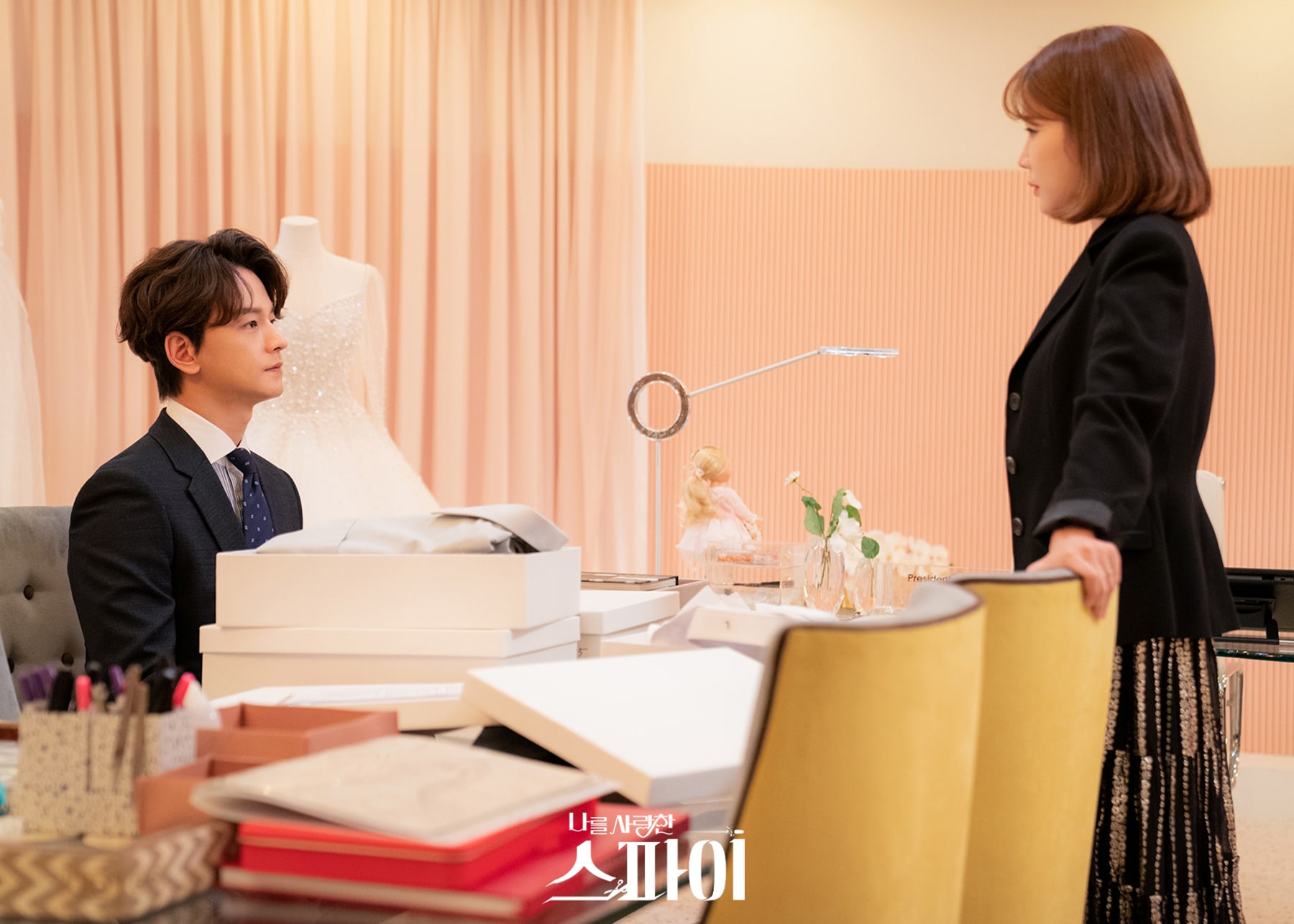 The new episode will follow Derek Hyun and Jun Ji Hoon as they each meet with the “Stone Skipper of Daedong River” (EXID’s Hani) in order to decrypt data that Sophie had been researching. The decision she will make after meeting with both of them will have a significant effect on the outcome of the intelligence war.

The drama’s production team commented, “Jun Ji Hoon and Kang Ah Reum’s plan to lay out a trap to reveal Derek Hyun’s identity will be exciting to watch. The suspenseful intelligence war between the three individuals will soon reach a turning point. Keep an eye out to find out what that change could be.”