The producers and judges for Mnet’s new audition program “CAP-TEEN” took part in an online press conference ahead of the show’s premiere on November 19!

“CAP-TEEN” is a new program that’s searching for the next teen K-pop star, and it’s unique in that the contestants’ parents also take part in order to receive direct feedback from the show’s panel of judges. Lee Seung Chul, Jessi, Soyou, and MONSTA X’s Shownu make up the judges panel for the program, and the MC is Jang Ye Won.

At the press conference, producing director (PD) Choi Jung Nam mentioned the popular drama “SKY Castle,” which centers on parents who are determined to secure the success of their families, including getting their children into prestigious schools.

PD Choi Jung Nam explained why “CAP-TEEN” is called the “SKY Castle” of the world of audition shows. “The reason we mentioned ‘SKY Castle’ is that we wanted to highlight the fierce competition that the parents and children are participating in. We plan to try to capture the full spectrum of emotions felt by the teenage contestants and their parents during this process.”

On the topic of the contestants’ mental health, chief producer (CP) Kwon Young Chan stated, “With their parents participating, we were able to take good care of their mental health. We have a team doctor, and we tried to create a good environment for their auditions.”

Lee Seung Chul said, “I know a lot of parents who are very concerned about their child’s future.” He added, “I think this is a program that was needed at this time.”

Soyou shared that she’s learning a lot from the contestants while judging. “I felt more of a burden because the parents were also taking part,” she added. “I wondered if I’d be able to give realistic advice in front of them, but the parents were assertive and passionate, and so it was a refreshing and amazing experience for me too.”

Shownu said, “There are many young contestants who are very skilled. You should look forward to it.”

Soyou also talked about the unique characteristics of each of the judges. She mentioned Lee Seung Chul’s considerable experience with audition shows and commented, “He says things that seem cold but are necessary.”

She said that Jessi’s words to the contestants often give them a lot of encouragement and described her as being the one who keeps the mood up on set. “She also gives big reactions,” said Soyou. “She doesn’t just say ‘Pass’ in a normal way; she does it in a really lively manner.”

Soyou then said that Shownu is usually a quiet person who doesn’t talk much. However, she’s found that he talks a lot when he’s helping the contestants in his role as a judge. “He’s a great performer,” she added. “When I see how Shownu talks [to the contestants], it seems like he’s going to be a good role model for them.” 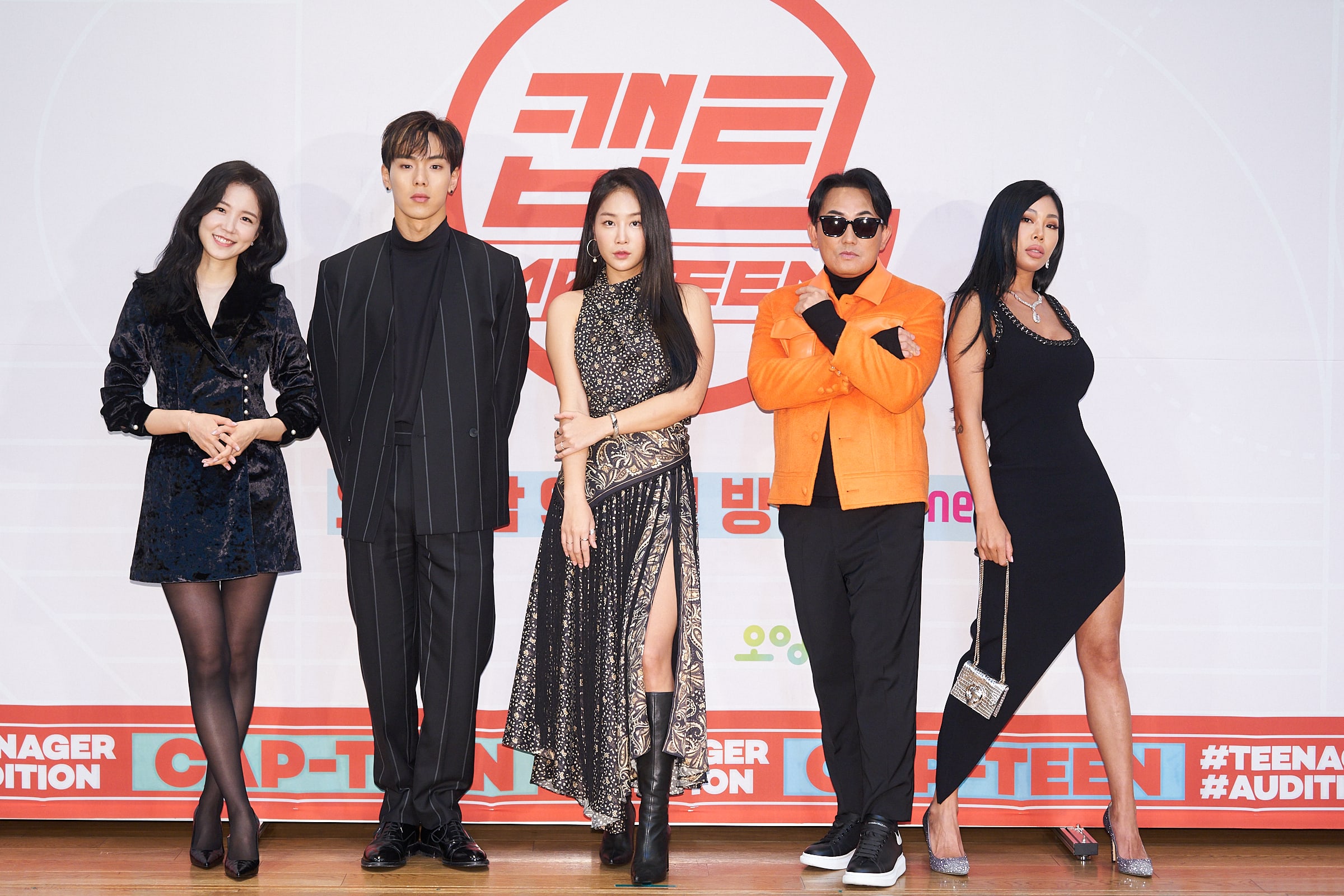 Jessi said that she’s often surprised by how skilled the young contestants are. She went on to say that she’ll be showing a different side of herself on “CAP-TEEN” than viewers of “How Do You Play?” or “The Sixth Sense” might be used to, as she’ll be judging as her real self.

Jessi added, “When I was preparing to be a singer, I never once received a compliment. I don’t think it’s a good thing to just receive compliments, as they can be lies too.” She said. “I think you’ll be able to see various different sides of me while I’m judging.”

Shownu gave some advice to younger people who dream of being idols. Shownu stressed the importance of patience and said, “I think that if you don’t feel impatient and wait instead, you’ll have good results.”

Shownu also said, “I debuted when I was in my mid-20s. When I was a teenager, I wasn’t a trainee and didn’t have an agency, so I know how it feels to just have an intangible dream.” He added, “Since I know that feeling, I think I might be able to say things that are a bit of help for the contestants.” He shared that filming “CAP-TEEN” had brought back a lot of memories of the past for him.

The show’s chief producer was also asked to address concerns about how the voting will be carried out on the program, following the voting manipulation controversies of Mnet’s series including “Produce 101” and “Idol School.”

CP Kwon Young Chan stated, “We’re currently carrying out voting through two platforms. A cumulative tally will be reflected in the final vote.”

He added, “Since last year, Mnet has been using an external observation system. With inspection by outsiders with no connection to our company, we’re taking care so that we can produce the show in a transparent and fair manner.”

The winner of “CAP-TEEN” will be given a 10 million won (approximately $9,000) scholarship and the opportunity to debut with a famous producer’s song and hit dance team’s choreography. The winner’s guardian will also be given a prize of 10 million won with the title of a “Good Care Reward.”

Jessi
MONSTA X
Soyou
shownu
CAP-TEEN
How does this article make you feel?