Kim Sa Rang is ending her hiatus with the upcoming drama “The Goddess of Revenge”!

On the afternoon of November 19, TV Chosun held a press conference for the “mystery social revenge drama” that will be taking over its 9 p.m. KST slot on Saturdays and Sundays. Director Kang Min Gu was in attendance along with cast members Kim Sa Rang, Yoon Hyun Min, Yoo Sun, Jung Man Sik, and Yoon So Yi. The conference was broadcast live through YouTube in line with COVID-19 regulations.

“The Goddess of Revenge” follows Kang Hae Ra (Kim Sa Rang) as she carries out the revenge of a lifetime and stands up to authority. This marks her onscreen return five years after her role in the 2015 JTBC drama “My Love Eun Dong.”

Actor Yoon Hyun Min stated, “On the second day of filming, I had my first scene with Kim Sa Rang. Facing her, my mind went blank and I forgot my lines. I thought to myself, ‘Wow she’s beautiful’ and missed the timing for my next lines.”

Regarding her break, Kim Sa Rang commented, “I didn’t realize it had been so long. I do feel pressured and nervous, but I’m enjoying myself while filming because the energy on set is so positive and everyone is so helpful and considerate. Also, while the name of the drama suggests otherwise, the story is about the characters working together. I’m feeling less pressured than I expected in the beginning.”

She added, “Even while filming extremely violent scenes, we’re constantly laughing and having a good time. I think our energy will be conveyed to our viewers.” 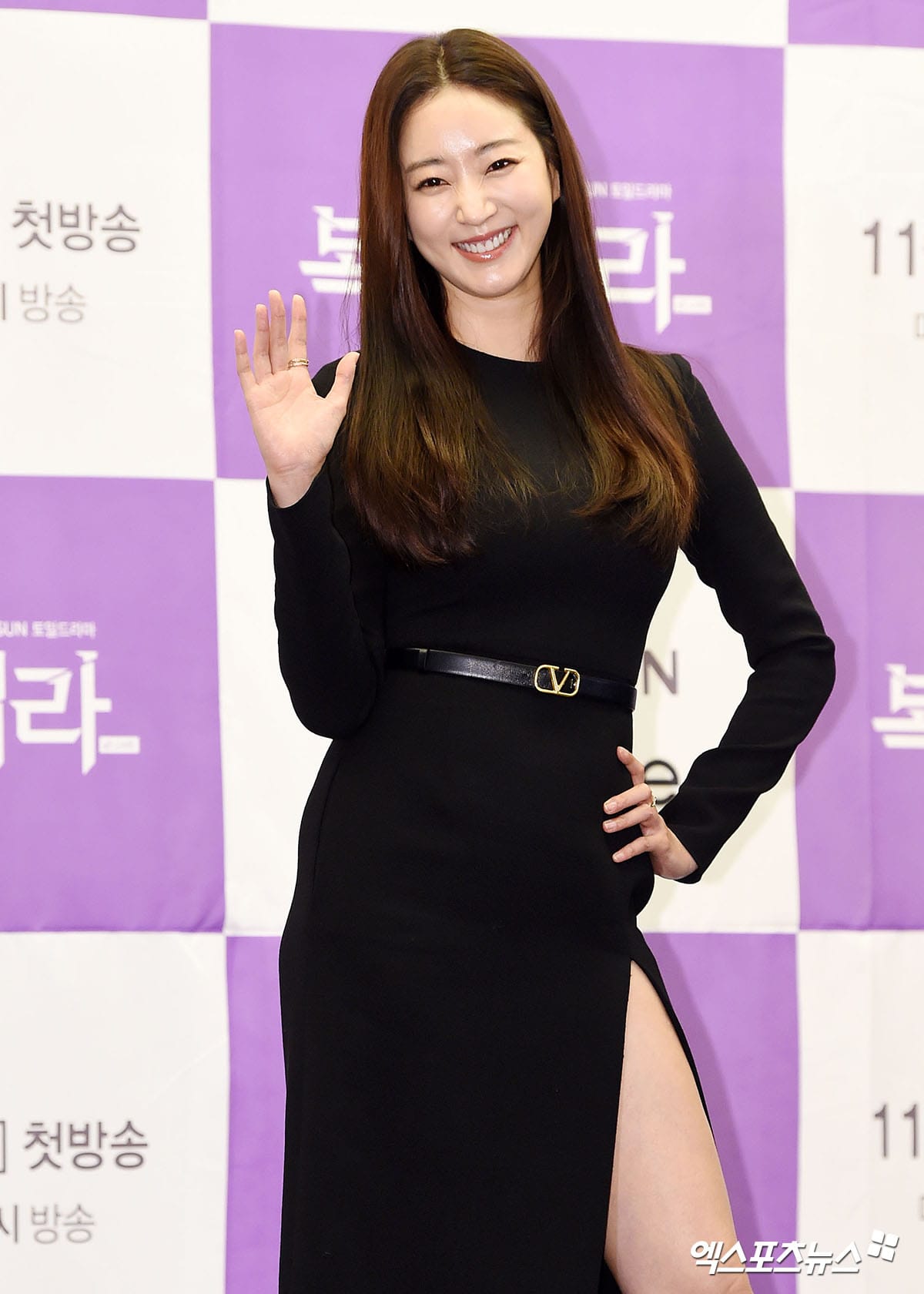 To describe the drama, Kim Sa Rang said, “At first, the drama had a different name. When I first read the script, it was dynamic and far from dull. I read through to the fourth episode in one sitting. When I met the production team, I received such positive vibes from them and they seemed dependable. Furthermore, I’ve always wanted to attempt taking on a strong character. All these reasons led me to join the cast.”

When talking about her character, she added, “In all honesty, the character and I don’t have much in common. The one thing that is similar between us might be that we’re both honest and determined.” 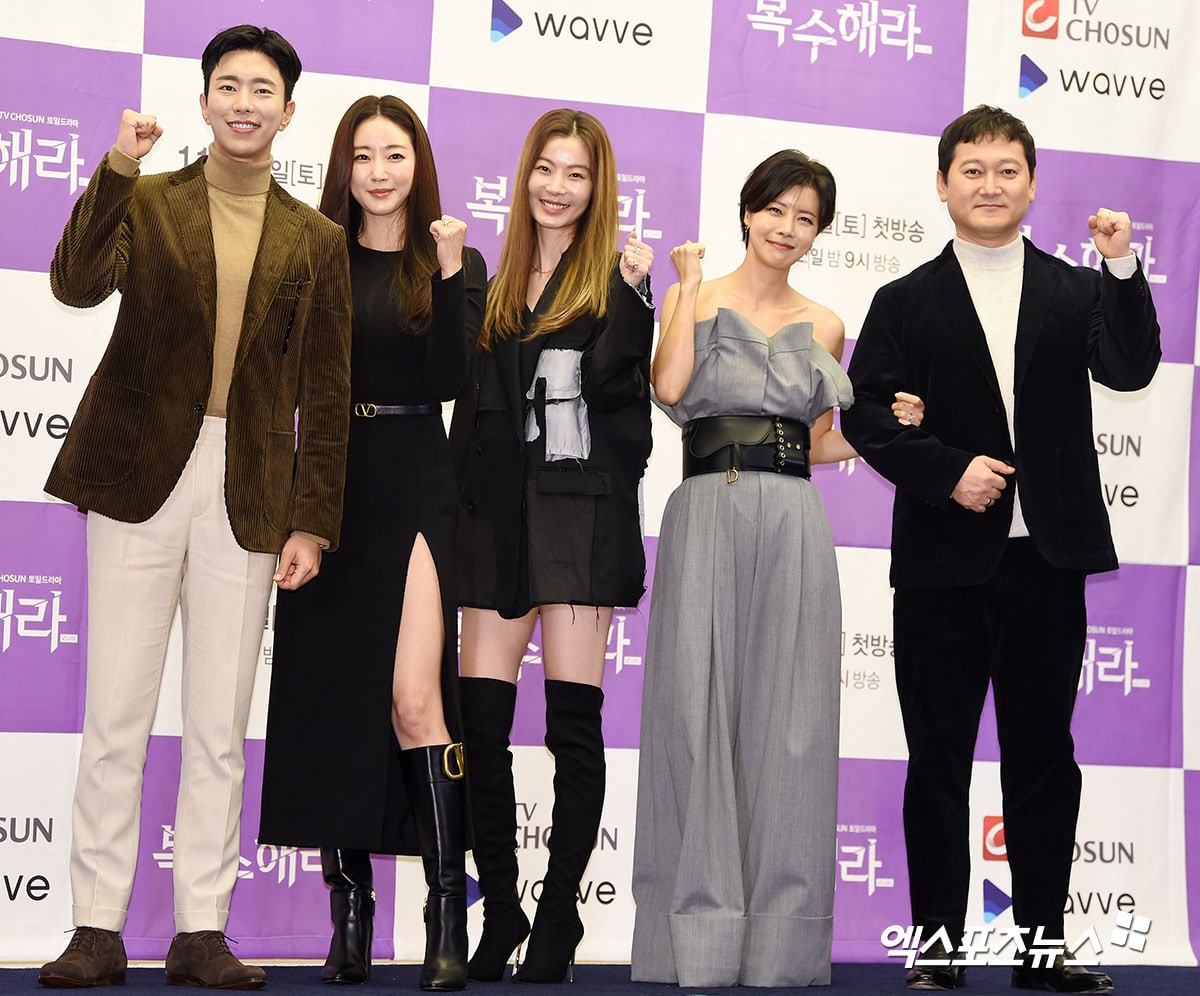 One point of interest is Kim Sa Rang’s change in style that is set to take place. Kim Sa Rang describes her character Kang Hae Ra as an “influencer that at first is very successful but later goes to ruins after getting involved with a certain incident.” She explained that viewers will be able to see the difference quite clearly.

Yoo Sun, who will play the role of Kim Tae On, commented on sporting a short hairstyle for the first time. She said, “I always thought I would cut my hair short if the right time came. I believed that this role was the perfect opportunity, so there was no hesitation involved. After going through with it, it took a month to get used to it. It felt so empty and my child even asked if I were playing a man. Now, I find it so comfortable. It suits the role and the character’s outfits so I’m glad I went through with it.”

As for the drama’s key points, director Kang Min Gu replied simply by saying that it is “refreshing.” Kim Sa Rang agreed and Yoon Hyun Min added, “Since the drama revolves around ‘revenge,’ please pay attention to the vengeance each character is committed to.” The two actors shared their goal of reaching 5.5 percent in viewership ratings.

Check out a teaser here!:

Kim Sa Rang
XPN
The Goddess of Revenge
How does this article make you feel?