tvN’s “Start-Up” released new stills ahead of the upcoming episode!

In the previous episode, Seo Dal Mi found out everything about her first love, which endangered her relationship with Nam Do San. It turned out Han Ji Pyeong (Kim Seon Ho) was actually the one who wrote those letters to her at the request of her grandmother Choi Won Deok (Kim Hae Sook).

Seo Dal Mi was crushed by the deception, and in turn, Nam Do San was heartbroken for putting her in confusion. However, he reminded her that she was the real reason Samsan Tech was able to enter Silicon Valley, which once again gave her faith and conviction to rise as a leader.

Amidst questions about their relationship, the drama unveiled new stills that show Seo Dal Mi and Nam Do San on a date. The two are sitting in a fancy restaurant, and although the atmosphere looks mellow and sweet, their expressions are hollow of joy. Suzy gazes worriedly at Nam Do San, whose face is bruised and bandaged, and questions are mounting about what happened to him. 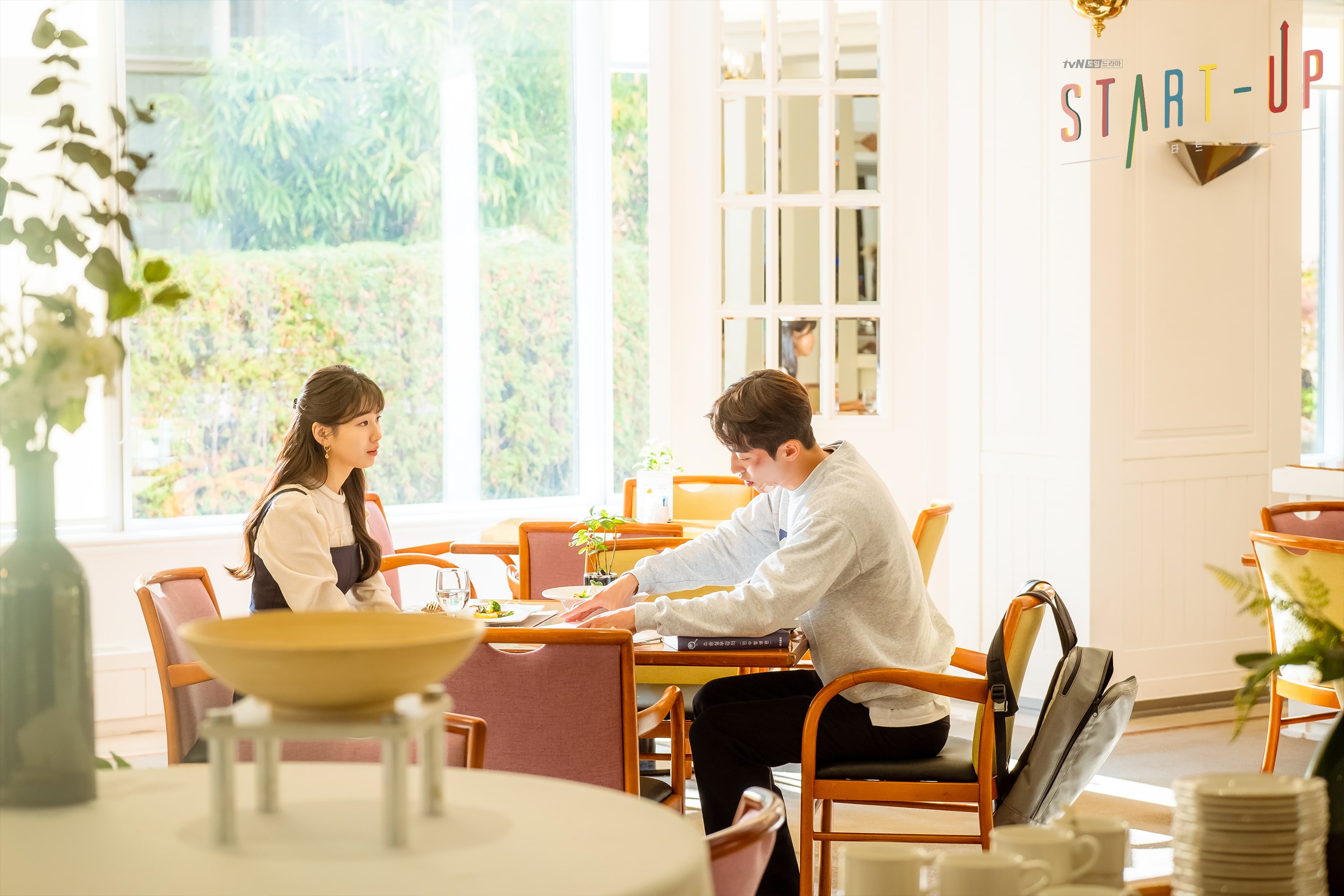 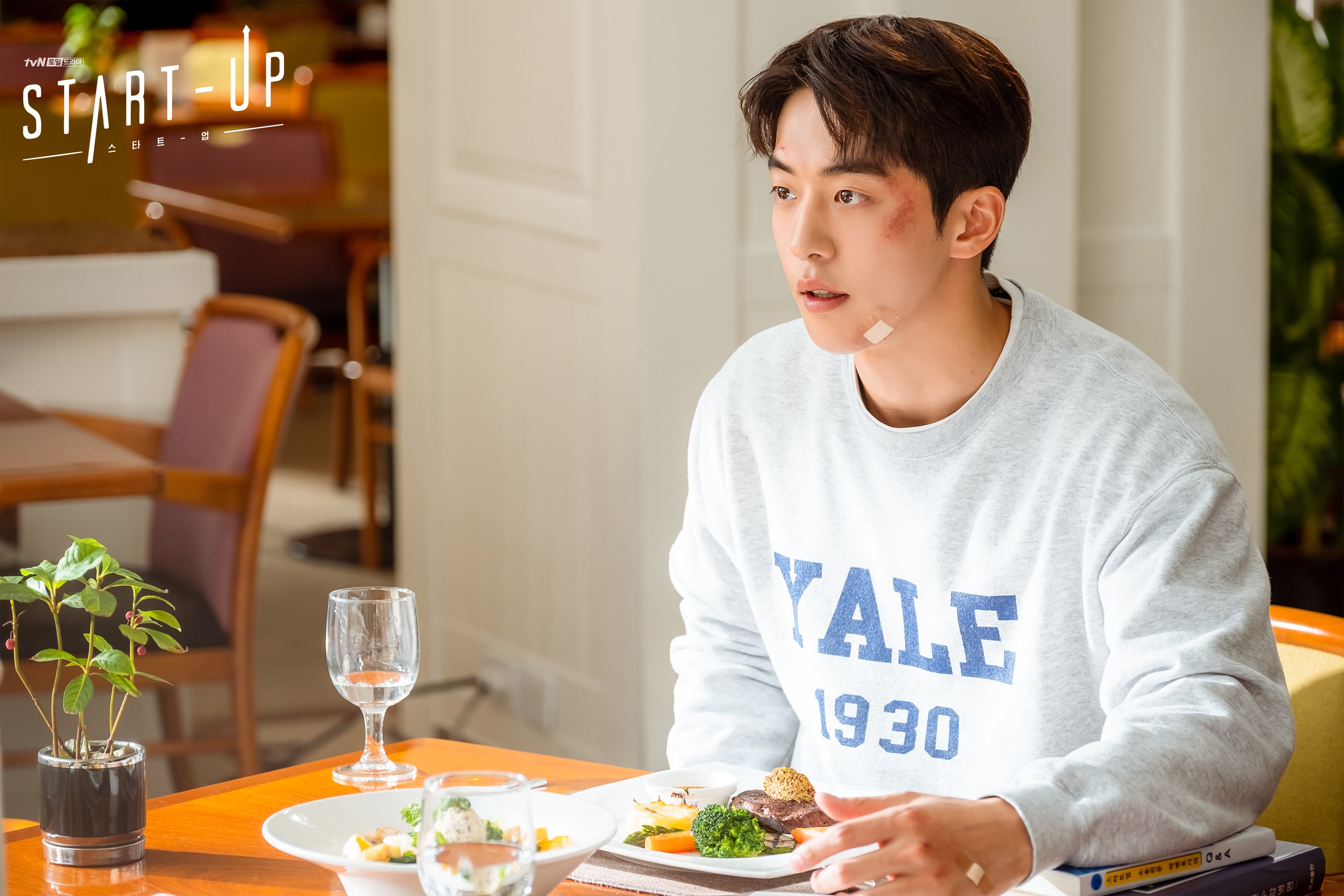 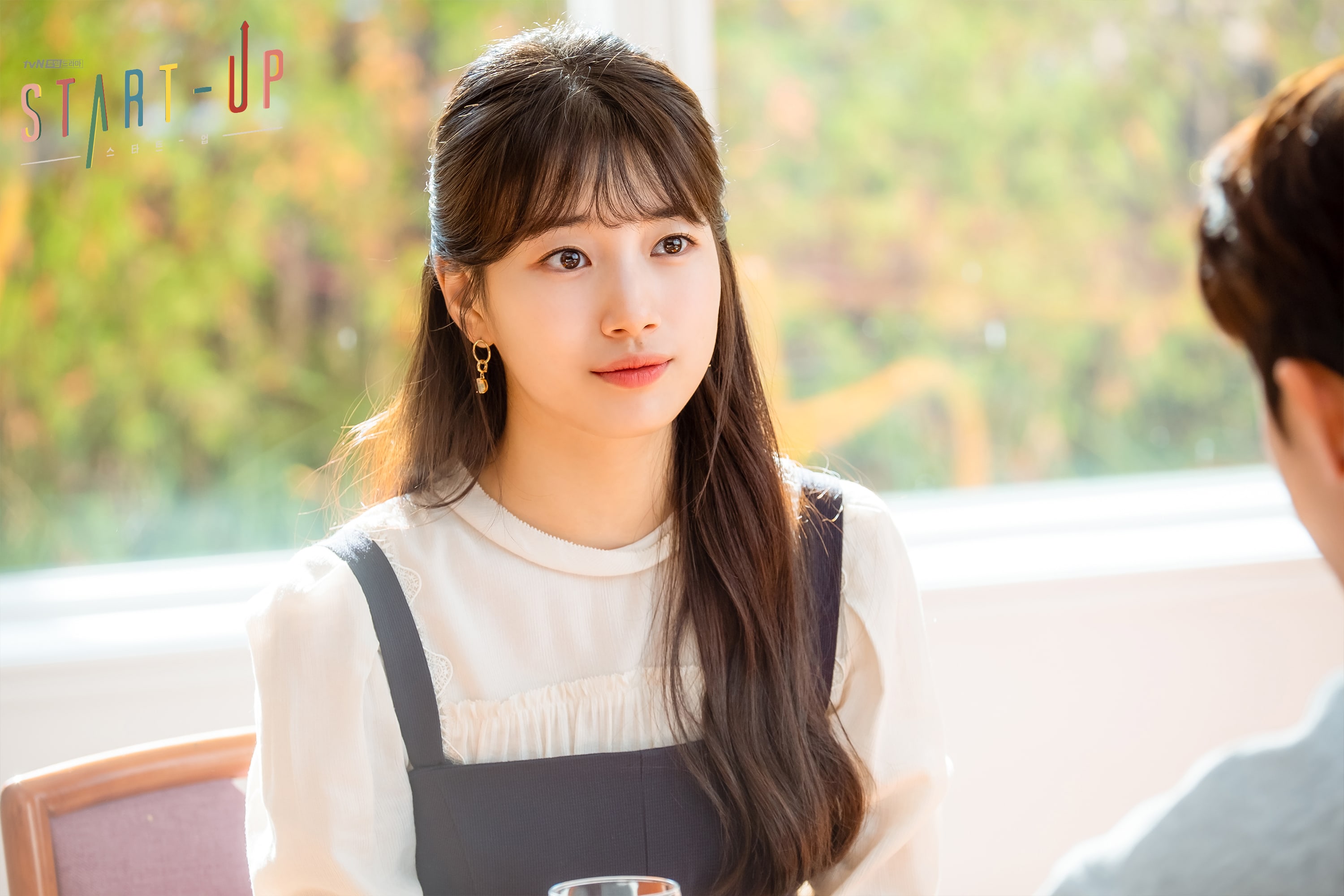 The drama also gave a peek at the brewing conflict between Han Ji Pyeong and Kim Yong San (Kim Do Wan).

In the second set of stills, Han Ji Pyeong and Kim Yong San face off with raging eyes. Han Ji Pyeong looks like he’s in disbelief, while Kim Yong San’s eyes burn with revenge. The truth will surface in the upcoming episode of “Start-Up.” 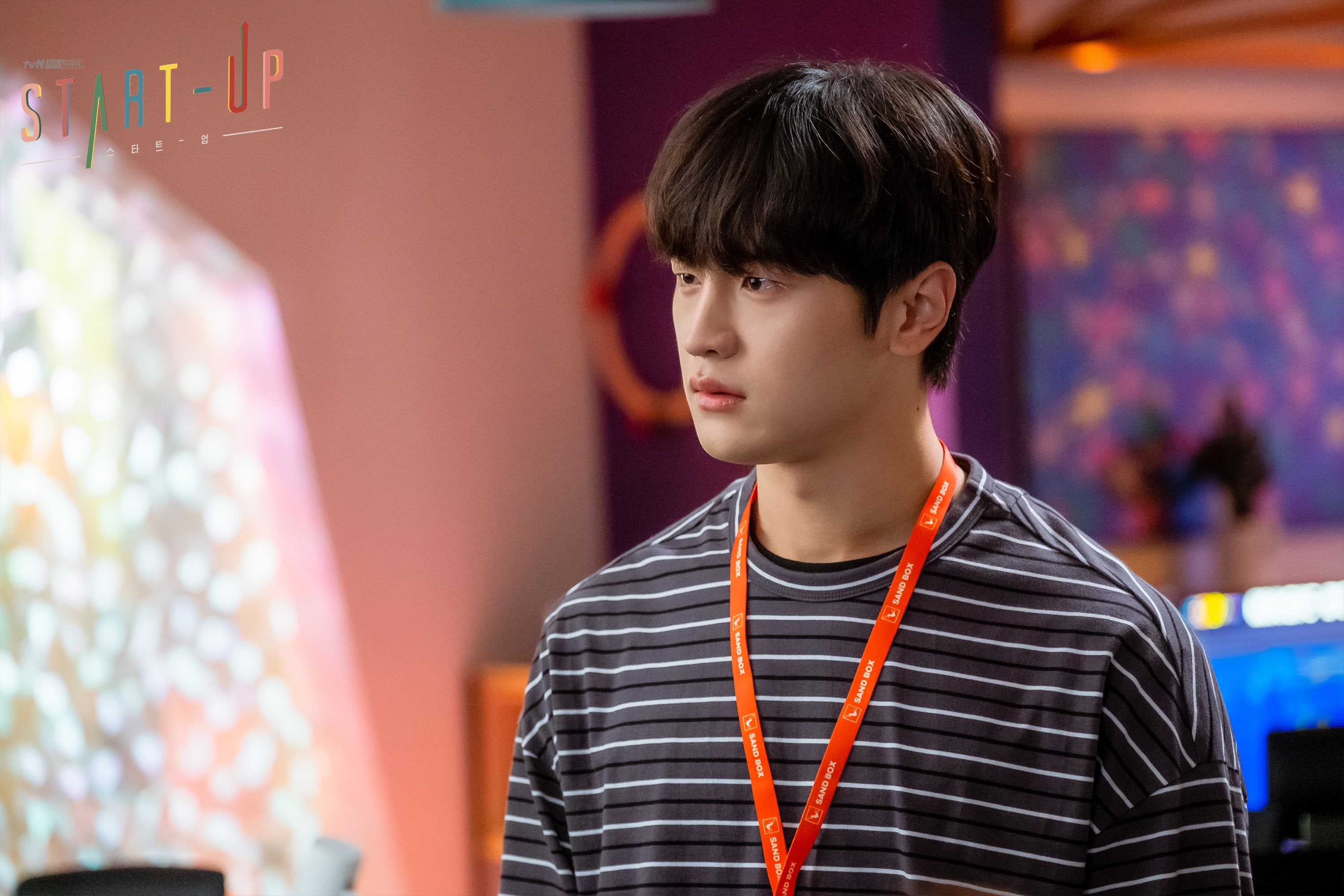 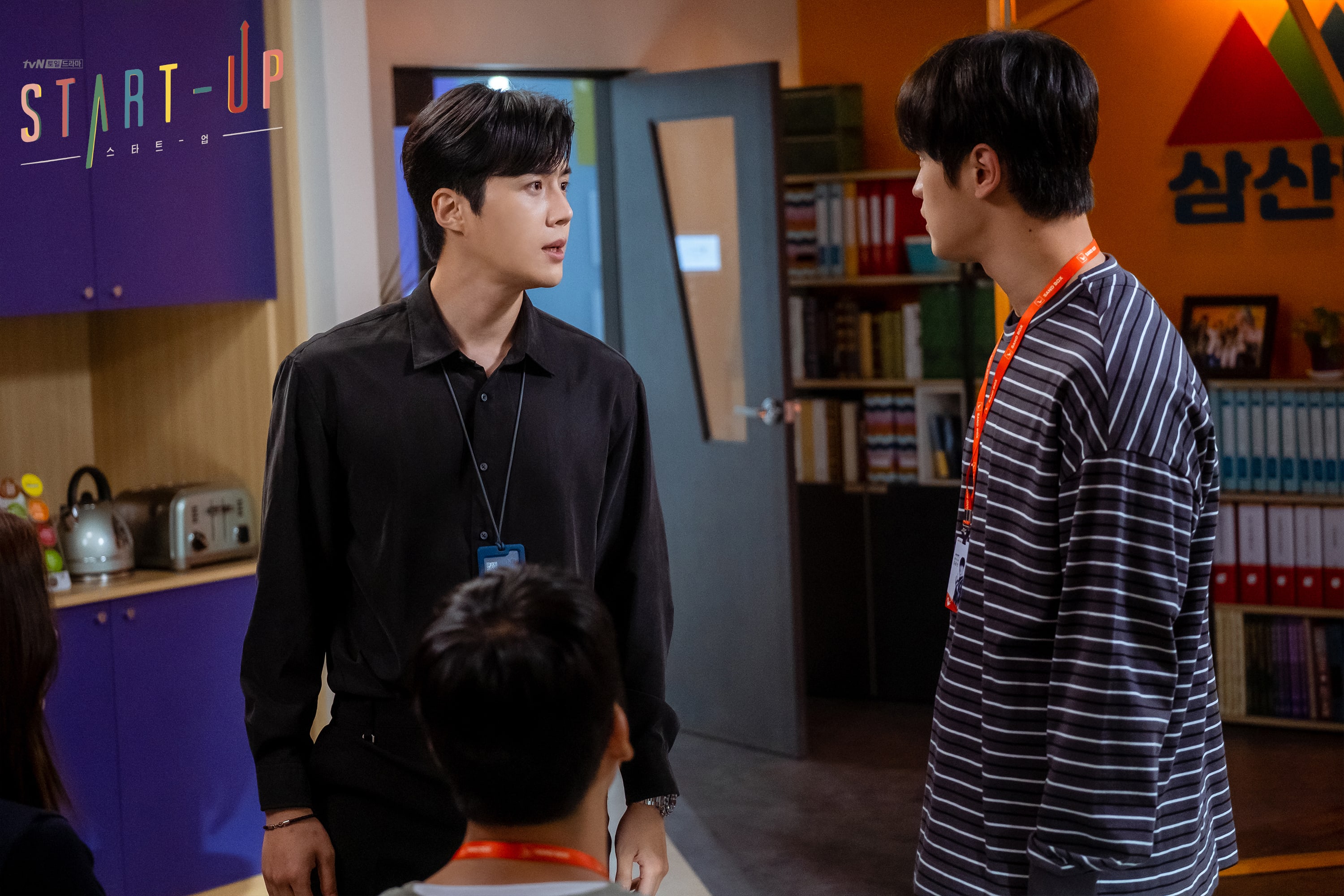 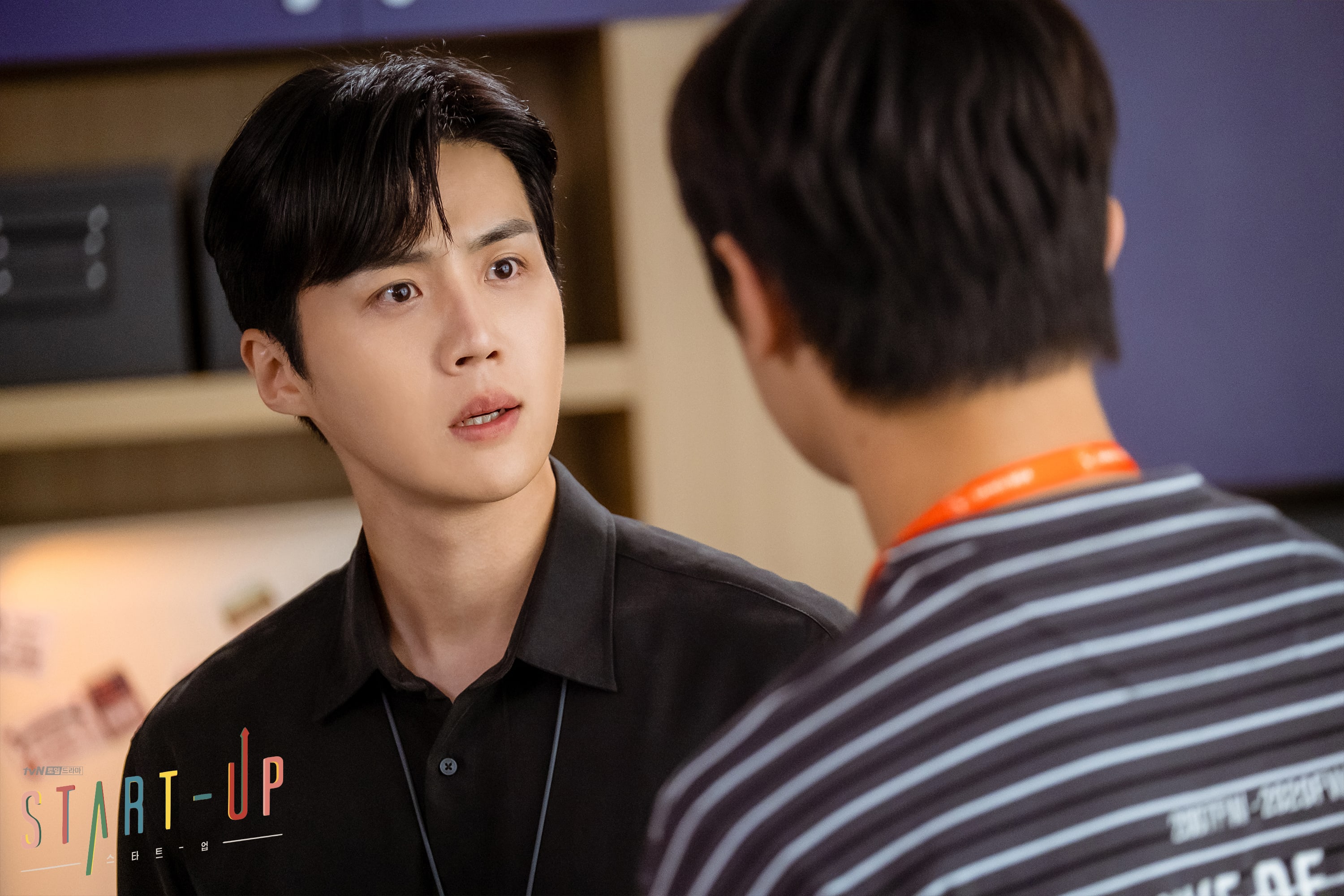 In the meantime, watch Nam Joo Hyuk’s drama “Bride of the Water God“: