On November 21, Girls’ Generation’s Taeyeon appeared in her first episode of tvN’s “Amazing Saturday” as a fixed cast member!

This is Taeyeon’s first time being a fixed cast member on a variety show since co-hosting the talk show “Win Win” 10 years ago. She said, “I’m a huge fan of ‘Amazing Saturday’ and I even appeared in the 100th episode. I will hold that fan love in my heart with a new sense of responsibility and work hard as a cast member.”

Moon Se Yoon said, “I got a call from my brother. He’s a huge fan of Girls’ Generation’s Taeyeon. He said, ‘You’re finally going on TV with Taeyeon!’ I replied, ‘Oh, well, that’s just how it goes.'” 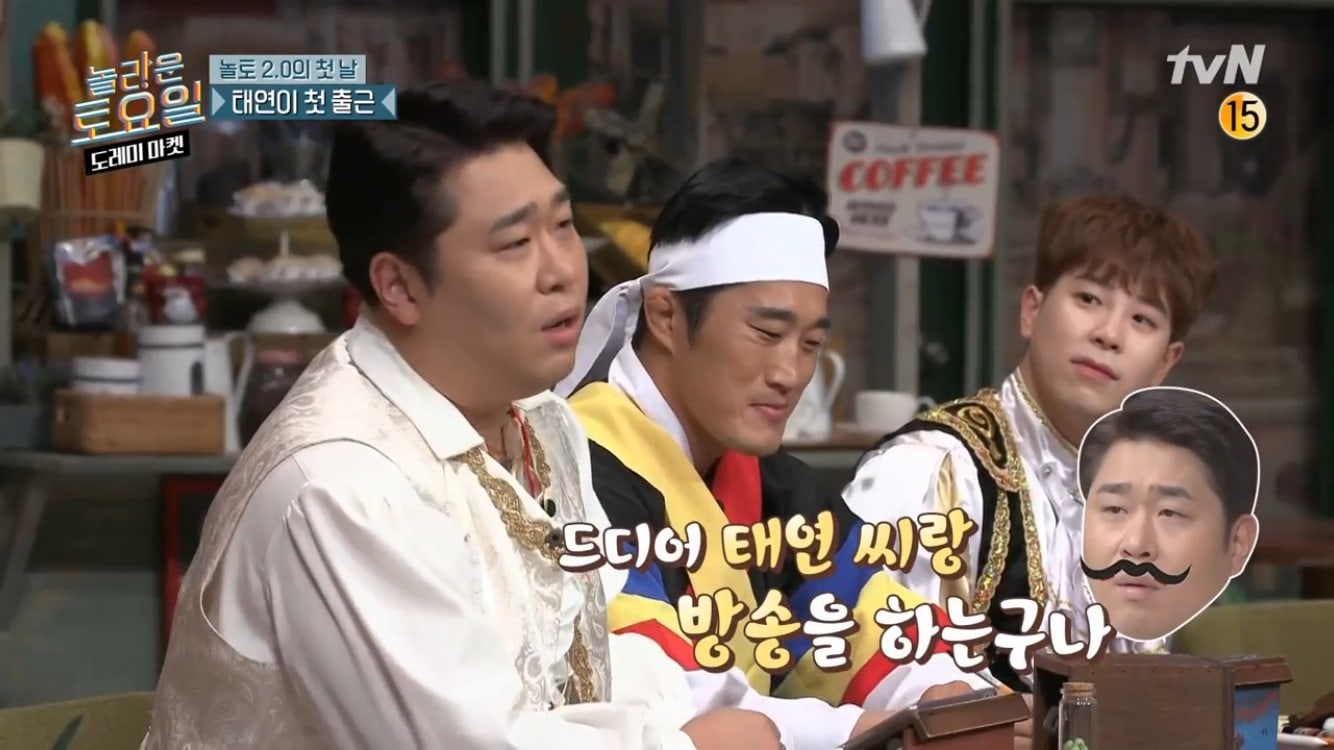 The cast also talked about Taeyeon’s first company dinner with the cast and crew, mentioning that she had recorded in the morning and waited for the afternoon recording to finish so that she could go to the dinner with them. She also accompanied them to a bean sprout hangover soup restaurant for the second round, and Moon Se Yoon said, “People recognized her there. They were like, ‘Why is Taeyeon eating bean sprout hangover soup here?’ as they passed.” 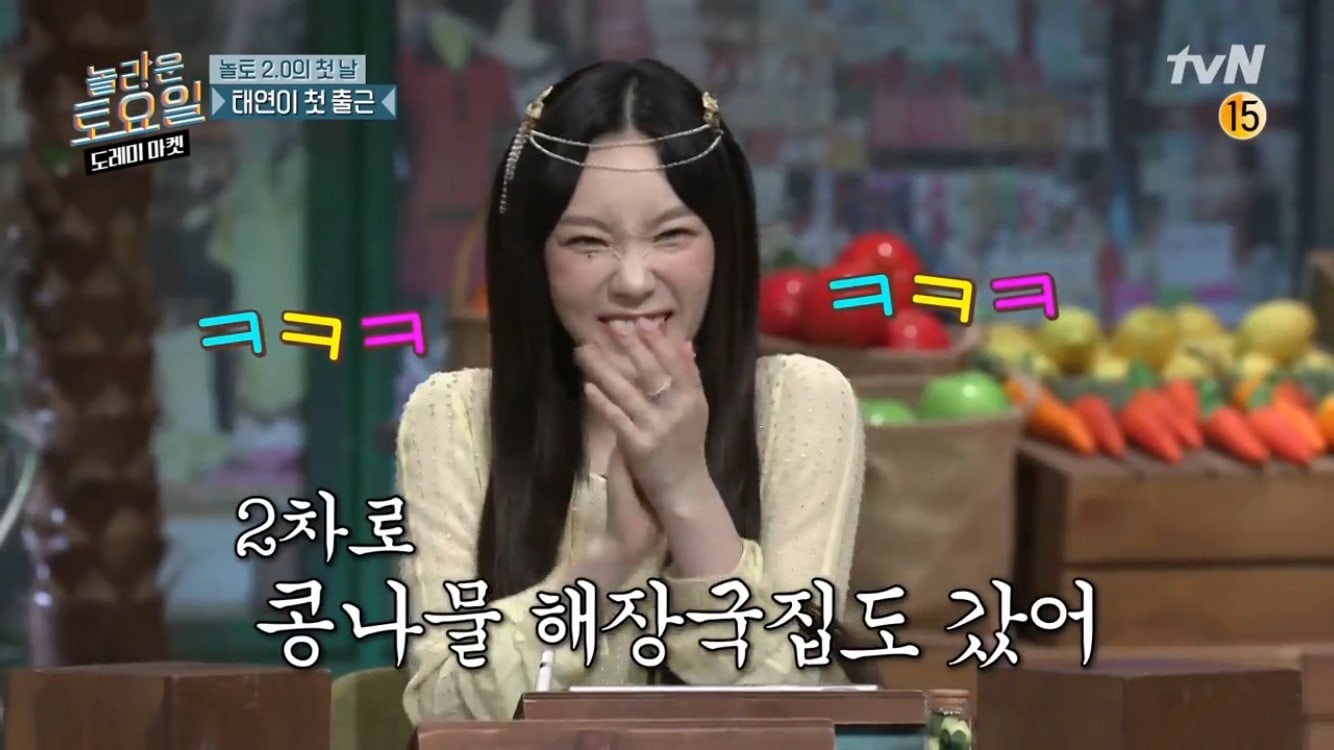 Park Na Rae said, “Taeyeon can’t drink a lot of alcohol. She fell asleep on her side, and her manager was worried she’d be cold and put a parka on top of her. Afterward, people thought that this was a place to dump their coats. 30 minutes later, the manager exclaimed, ‘Taeyeon!’ and had to find her.” 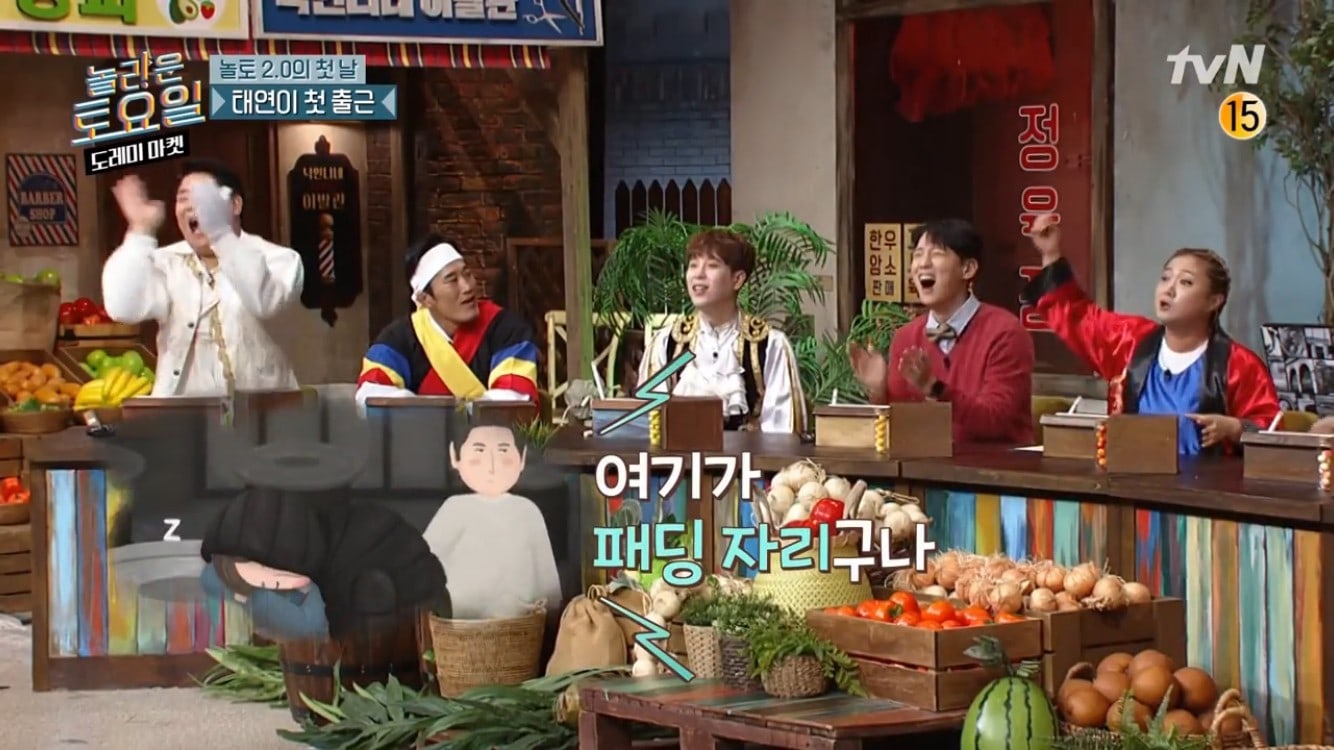 EXO’s Kai and SHINee’s Taemin were guests on this episode. As the cast deliberated about who would take the scribe position after Girl’s Day’s Hyeri’s departure, Kai recommended Taeyeon for the role. “It’s a good role for her to adjust to the show,” he explained. Shin Dong Yup said, “When Kai talks, you feel like you have to listen.” Kai quipped, “That’s because I always say the right thing.” 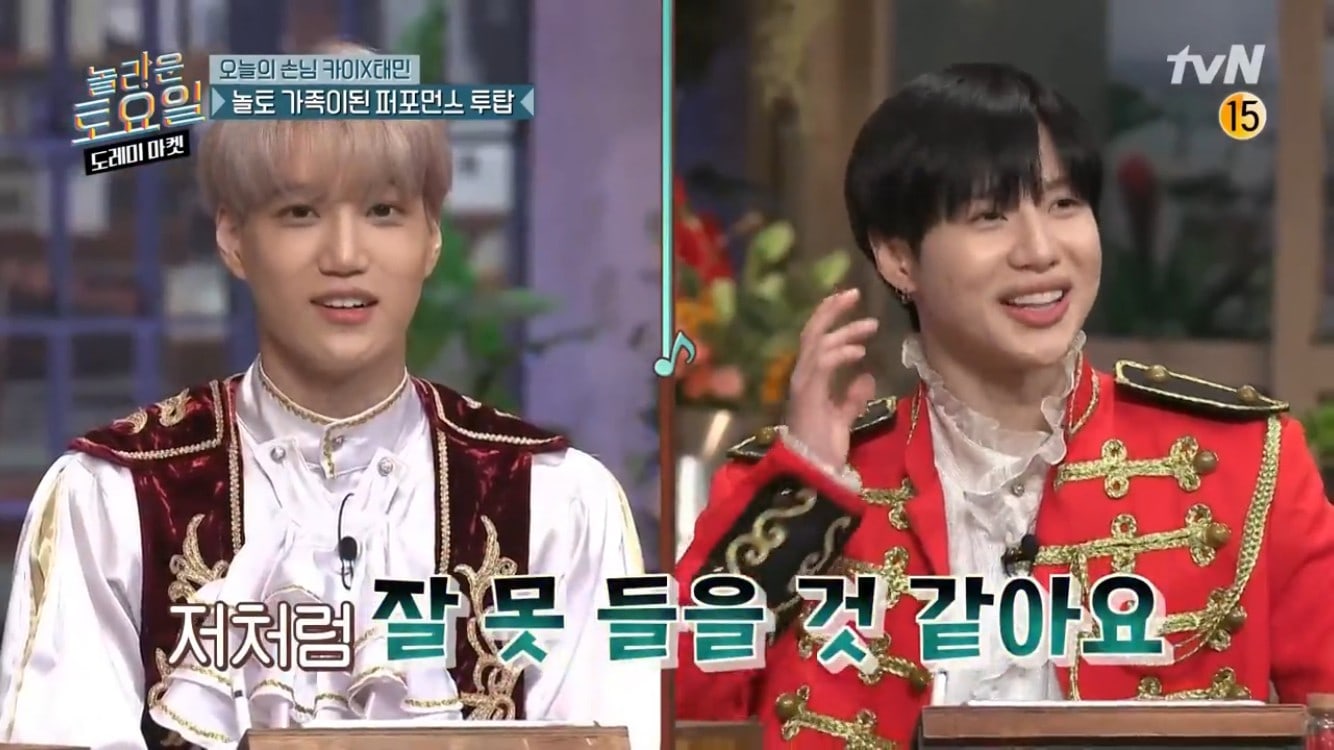 Girls' Generation
Taeyeon
Amazing Saturday
How does this article make you feel?