On the November 22 episode of SBS’s “Master in the House,” soccer player Lee Dong Gook appeared as the “master.”

Lee Dong Gook recently announced that he was officially retiring from the sport. On “Master in the House,” he explained why he had cried during his retirement press conference. He said, “Ever since I started soccer, my father has been ‘the father of a soccer player.’ He told me, ‘Once you retire, I am also retiring from being ‘the father of a soccer player.’ I swore I wouldn’t cry at the press conference, but I hadn’t planned on talking about my parents, so I started to tear up when I mentioned that.” 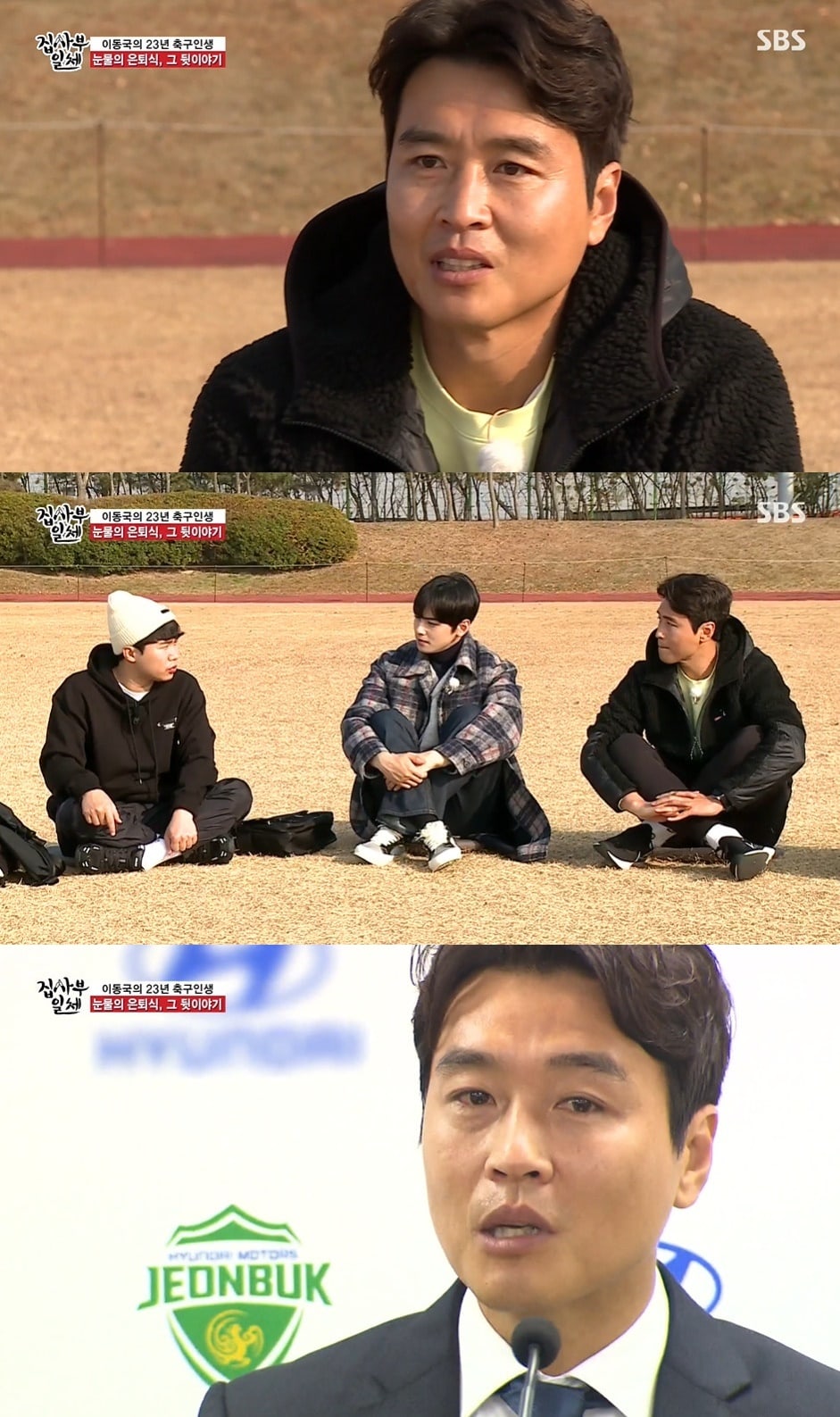 Lee Dong Gook has had a long and successful career. Before his retirement, he held the record of being the oldest Korean player to still play professional soccer. Asked about why he had played the game for so long, he said, “There were lots of reasons, but I wanted my juniors to see that a long professional career in soccer was possible. There are a lot of players who are still talented, but retire due to other reasons. I wanted to set an example for players who want to play for a long time. It took a lot of time and effort for me to remain competitive.”

He said, “When I was struggling, my wife would always tell me, ‘If you think of yourself as a hero in a drama, you’ll definitely have a happy ending.’ While I gave it my all during training, I would think, ‘I’m going out on a happy ending.'”

Lee Dong Gook rejected his public nickname as “the icon of bad luck. “I don’t agree with that,” he said. “I competed in over 100 matches as part of the national team. I wonder how many soccer players can say that they were as happy as me. I got a lot of criticism when I didn’t score at the World Cup, but I was glad at least that it was me. If my fellow players had received that kind of criticism, I think they would have had a harder time. I already had a lot of experience, so I got the criticism because they had had high expectations of me. I’m grateful that people trusted me that much. I did my absolute best to run until the end, so I have no regrets.”

Lee Dong Gook then showed the cast members the multiple trophies he had at home, as well as his five children, who became famous through “The Return of Superman.” His second-eldest daughter, Jae Ah, is a tennis player, and he said, “She looks at my trophies and says that she wants to win even more than me. I’m really proud of her.”

The five children then made Lee Dong Gook choke up by saying that they were happy to be spending more time with him now that he’d retired, but that they’d cried at his press conference because, “We were sad. He was really cool when he played soccer.” 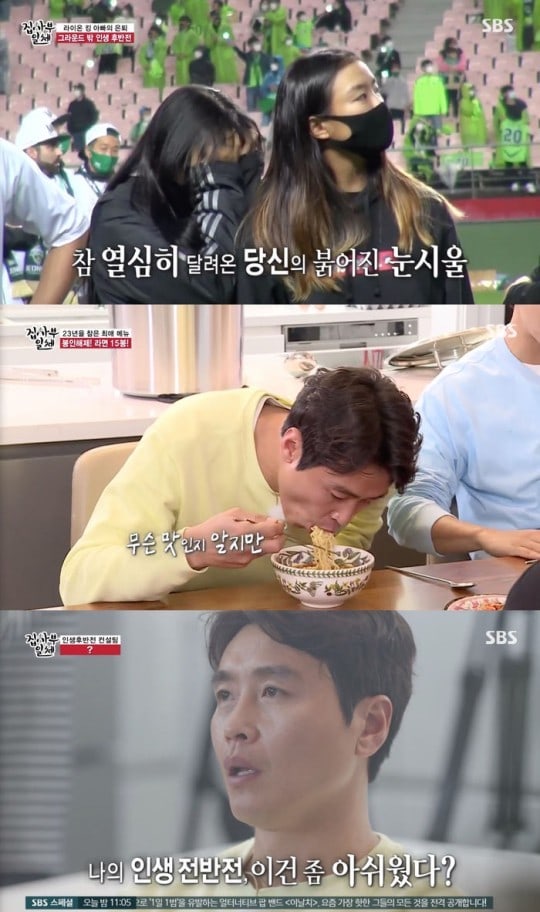 The “Master in the House” cast suggested that Lee Dong Gook could become his daughter’s manager. Lee Dong Gook said, “That’s the dream.” But Jae Ah commented, “My hands are getting sweaty. To travel around the world with my dad? It’s a bit scary. He’s been an athlete for a long time, so I think he’ll understand me, but as a professional, I think his standards will be very high, so that’s a lot of pressure.”

Jae Si, his eldest daughter (and Jae Ah’s twin) said, “Once COVID-19 gets better, I’d like to travel abroad with Dad.” About her dream of becoming a model, she said, “I’ve been wearing my dad’s clothes.” Her dad joked, “She can pull off the clothes that even I can’t wear.” 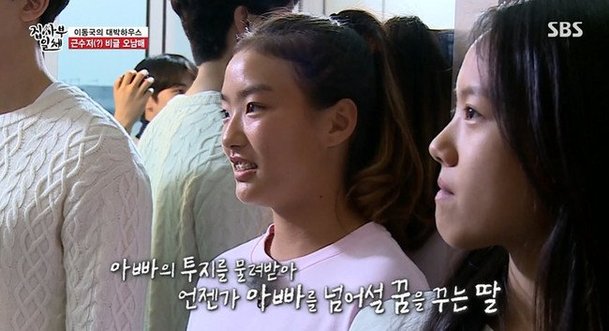