“Run On” is a romance about people trying to connect with each other through their own languages after having lived in their individual worlds. It follows the story of former track and field athlete Ki Sun Kyum (Im Siwan), who retires after a life-changing event and becomes a sports agent, and Oh Mi Joo (Shin Se Kyung), a film translator. Sooyoung stars as Seo Dan Ah, an ambitious sports agency CEO who believes the only way to fail is to not try at all.

The new stills preview the unique chemistry between Oh Mi Joo and Seo Dan Ah. Although both women are passionate about their careers, they hold different values and motives in life. Oh Mi Joo doesn’t easily give up on anything she pursues, and Seo Dan Ah never loses to anyone either. Perhaps their similarities are what pushes them to be at odds with each other. 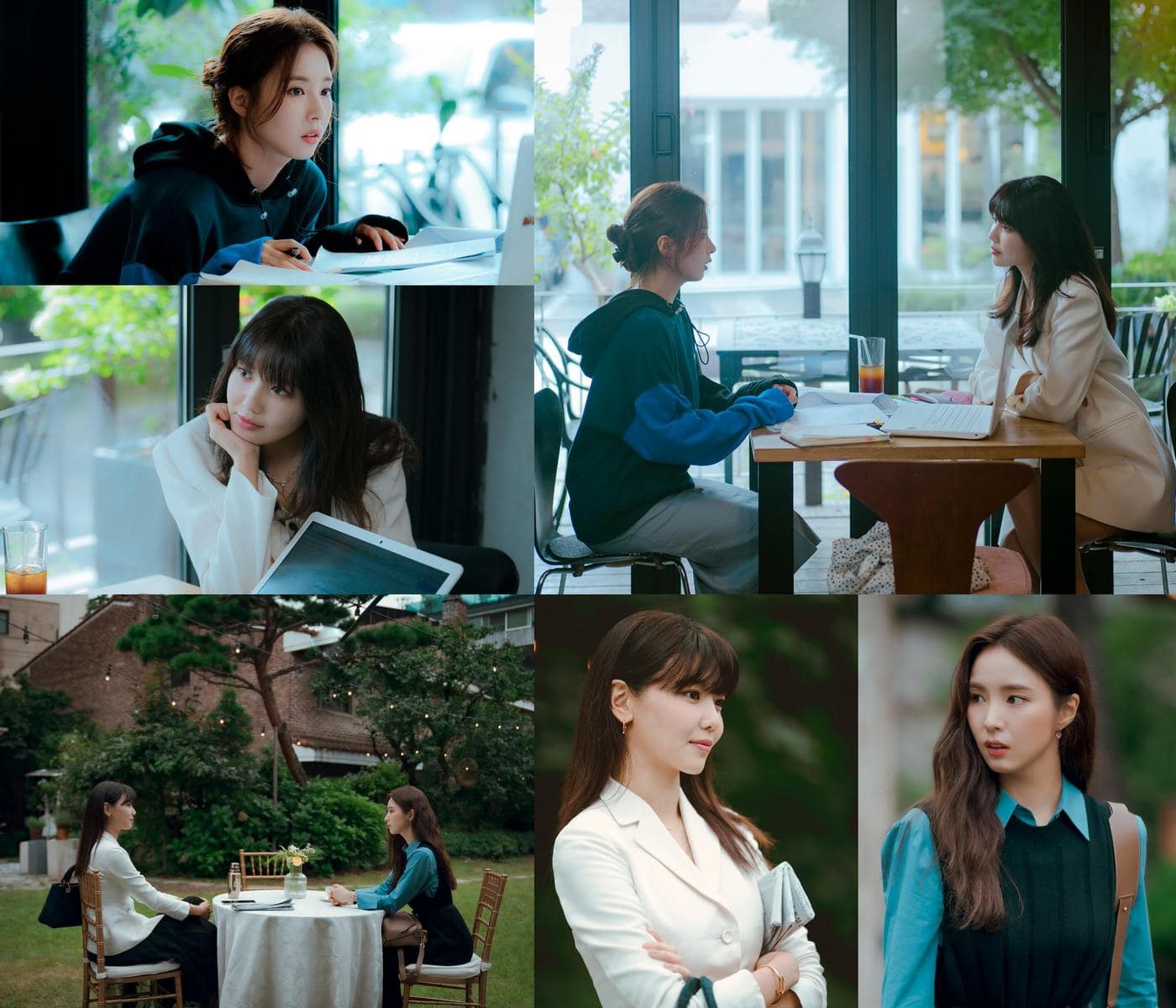 The two actresses have actually known each other for a long time, so they are working together in a pleasant and comfortable atmosphere. They said, “Although our characters start off on the wrong foot, they become friends who support each other. We hope you pay attention to their exciting character development.”

Girls' Generation
Shin Se Kyung
Sooyoung
Run On
How does this article make you feel?