Ong Seong Wu, Shin Ye Eun, And More Support Each Other Through Rough Times In “More Than Friends”

With only two episodes remaining until the finale, Lee Soo (Ong Seong Wu) and Kyung Woo Yeon (Shin Ye Eun) unfortunately broke up after spending time away from each other in order to follow their own dreams. However, one year later, Lee Soo visits Kyung Woo Yeon’s workshop, making viewers wonder how their romance will end. Furthermore, viewers are also curious to see what will happen to the Jin Sang Hyuk (Block B’s P.O) and Han Jin Joo (Baek Soo Min) couple as well as Kim Young Hee (Ahn Eun Jin) and Shin Hyun Jae (Choi Chan Ho), who weren’t able to overcome reality and broke up.

In the newly released stills, the friends gather together in one location. Although they had separated because of their individual work and relationship changes, the six friends reunite at Kim Young Hee’s mother’s funeral. Feeling their friend’s sorrow as if it were their own, the close friends all have faces full of grief. Together, they watch over the funeral parlor for a long time. 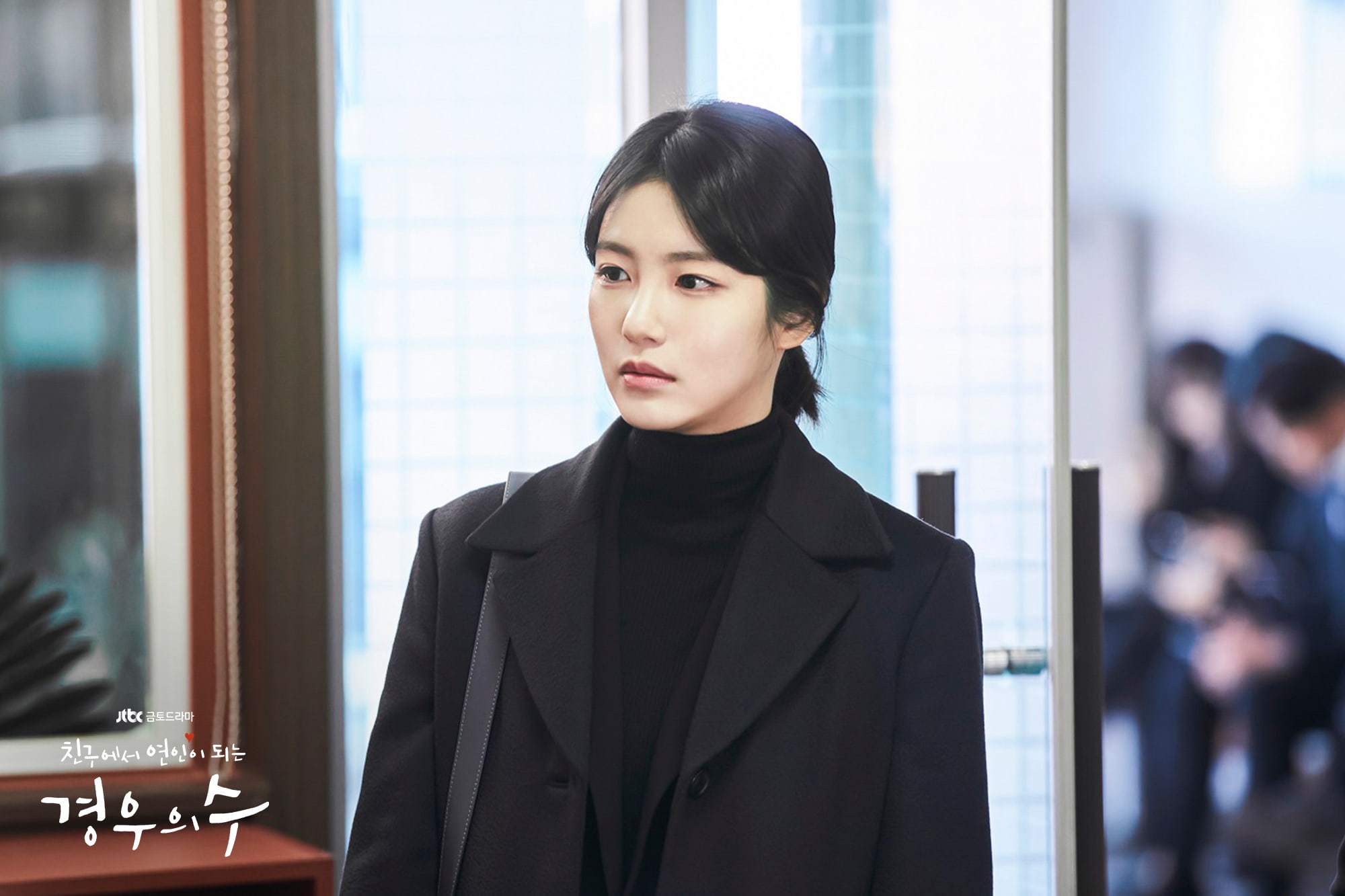 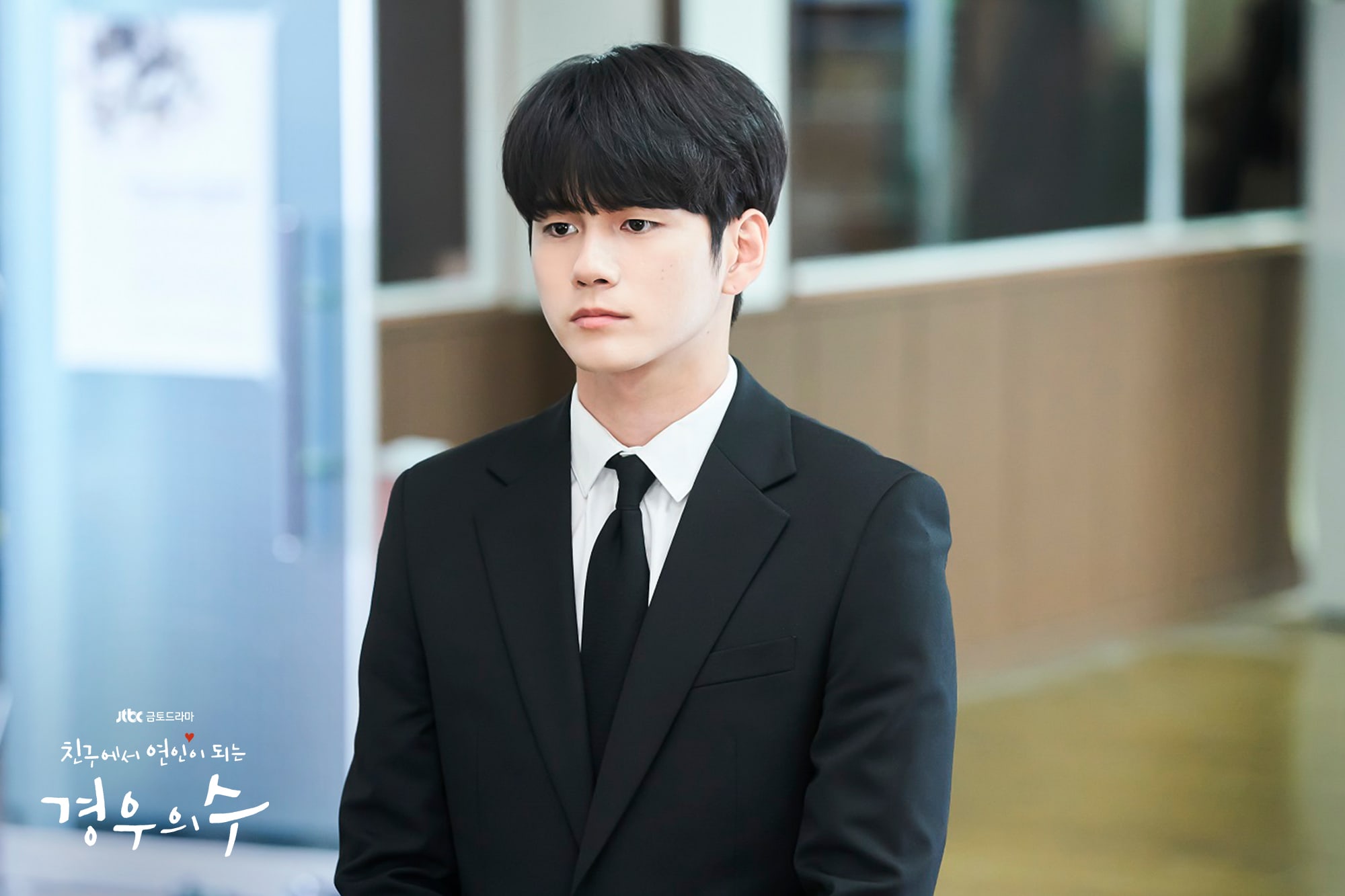 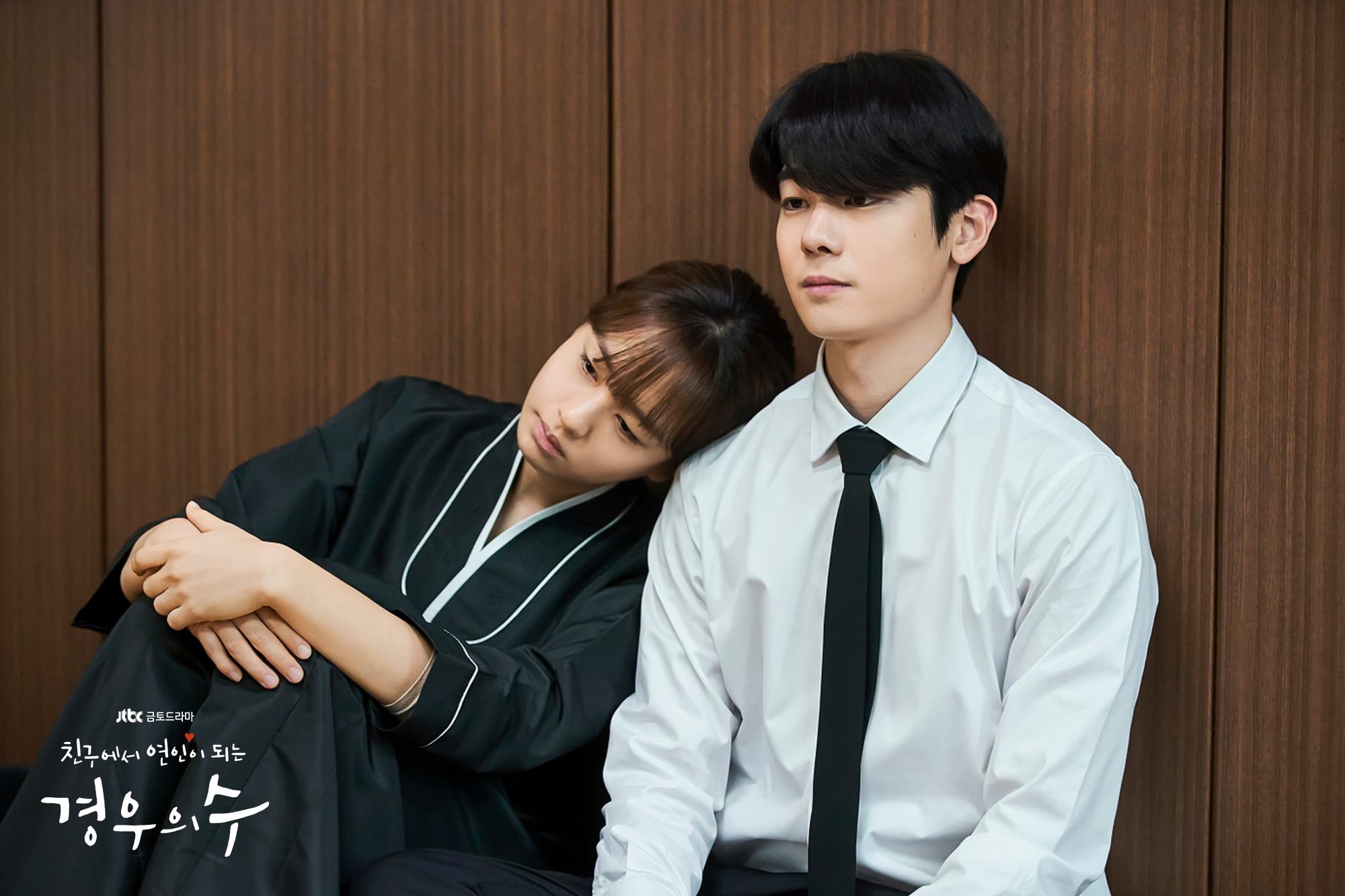 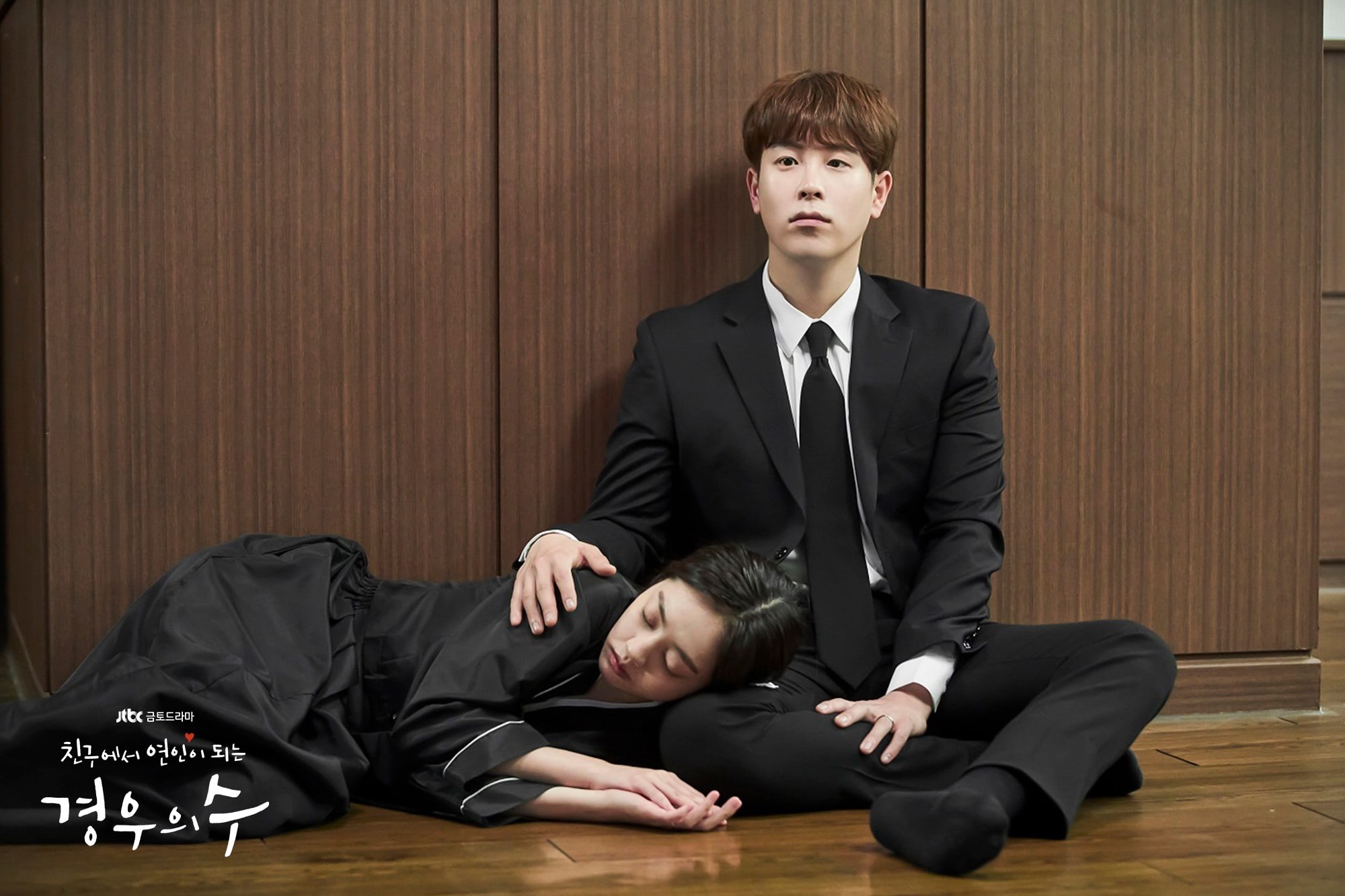 This week’s final two episodes of “More Than Friends” will paint the story of youths who become more mature as they experience love and farewells. The previously released teaser of the upcoming episode revealed Shin Hyun Jae becoming a pillar of support for Kim Young Hee as she experiences a painful goodbye. As the six friends join Kim Young Hee, they’ll show that nothing can tear their friendship apart. Furthermore, Lee Soo will continue to try to turn Kyung Woo Yeon’s heart around. He asks, “Can’t we go back to before we broke up for just one day?”

“More Than Friends” airs on Fridays and Saturdays at 11 p.m. KST.