Lee Joon Gi Talks About The Projects He Wants To Take On Next, Watching Fans’ Reaction Videos, And More

Lee Joon Gi sat down for an interview with Allure Korea and talked about his recent hit drama “Flower of Evil,” what he did during his year off, his fans, and much more!

The interviewer commented that nothing has changed about Lee Joon Gi in the 10 years that they’ve known each other, saying, “No matter what set you’re on, you’re always passionate and you’re kind to everyone, and there’s still been no marriage news.”

Lee Joon Gi replied, “I have nothing to say to that… It’s not that I don’t want to get married. People ask me about marriage a lot too, and I think about it myself a lot as well, but…”

He continued, “I do think that it’s possible now that I might not be able to get married, but if I meet someone that I’m meant to be with, then I do want to. I’ve been thinking about that more lately, maybe because the project that I filmed recently is one that made me feel the warmth of a family.” 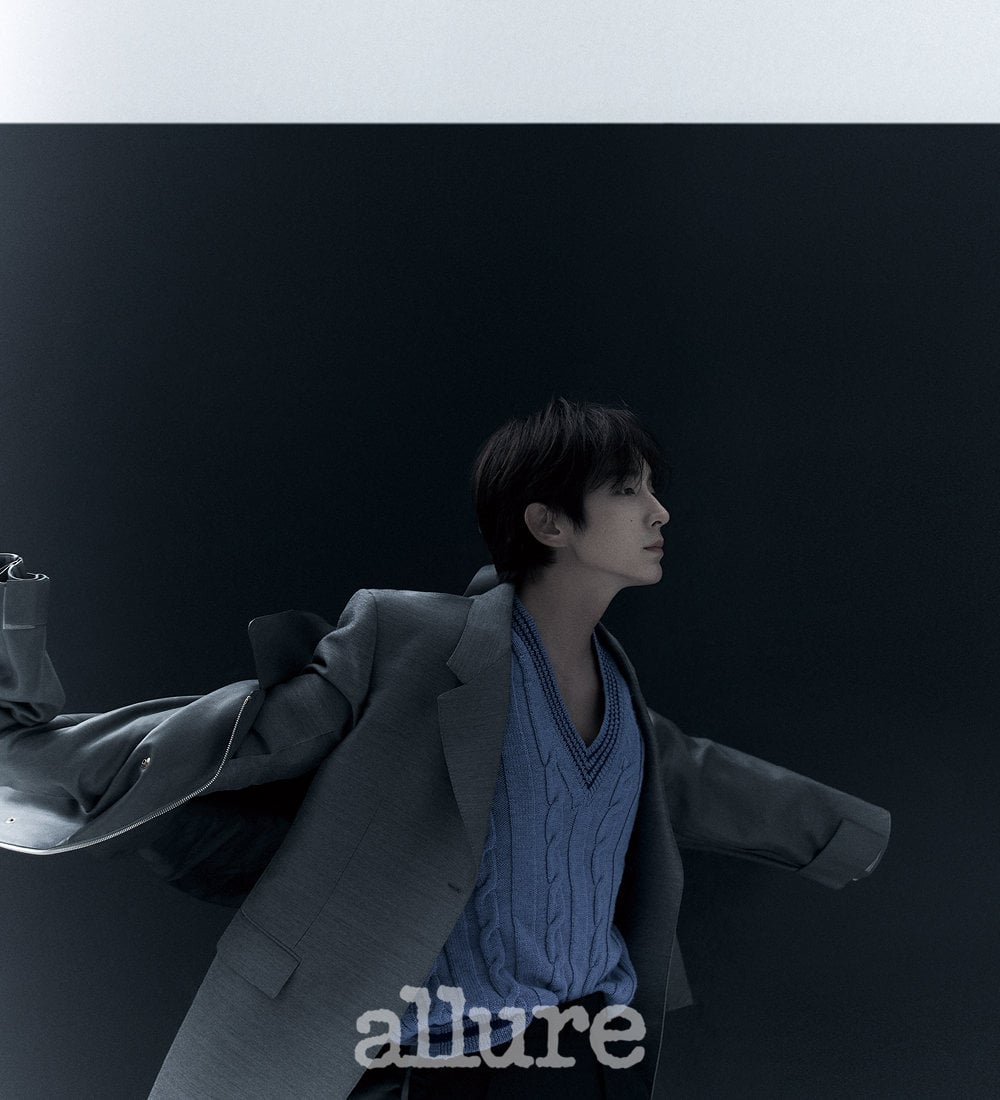 The interviewer mentioned that they’d caught the scene in “Flower of Evil” in which Lee Joon Gi’s character hangs off an apartment building. “You must have thought, ‘That guy’s up to his usual thing again,'” said Lee Joon Gi. “We filmed that scene in three parts: filming with me actually hanging off a building, filming inside, and filming on a constructed outdoor set as well.”

Lee Joon Gi shared that it had been a very fun drama to shoot and commented that he’d achieved his intended goal. When asked what he meant by that, Lee Joon Gi said, “I stayed focused until the end, and the drama was one that kept making viewers curious. It’s always my goal to make meaningful and great works that are able to convince viewers.” He shared that the great teamwork between the director, actors, and staff throughout the show had allowed him to be comfortable and just focus on his performance. 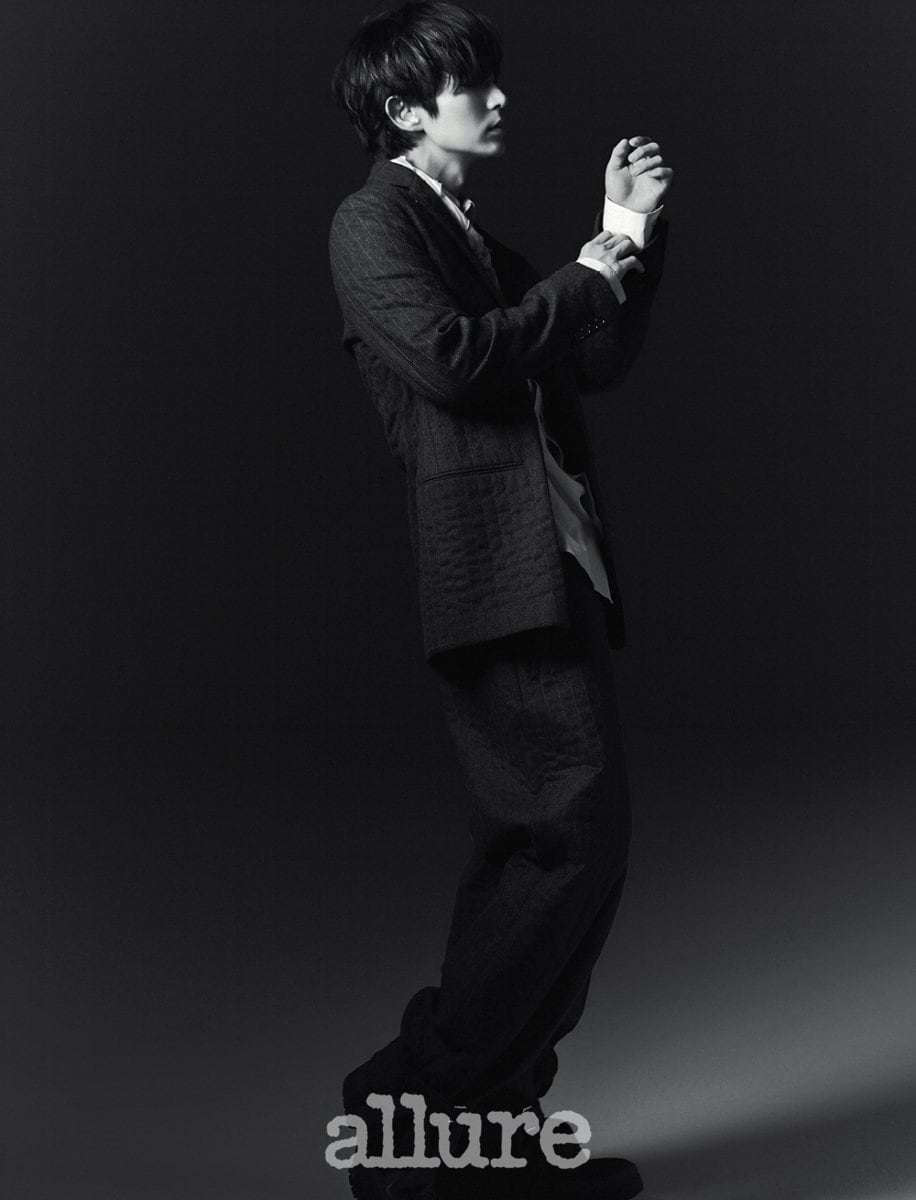 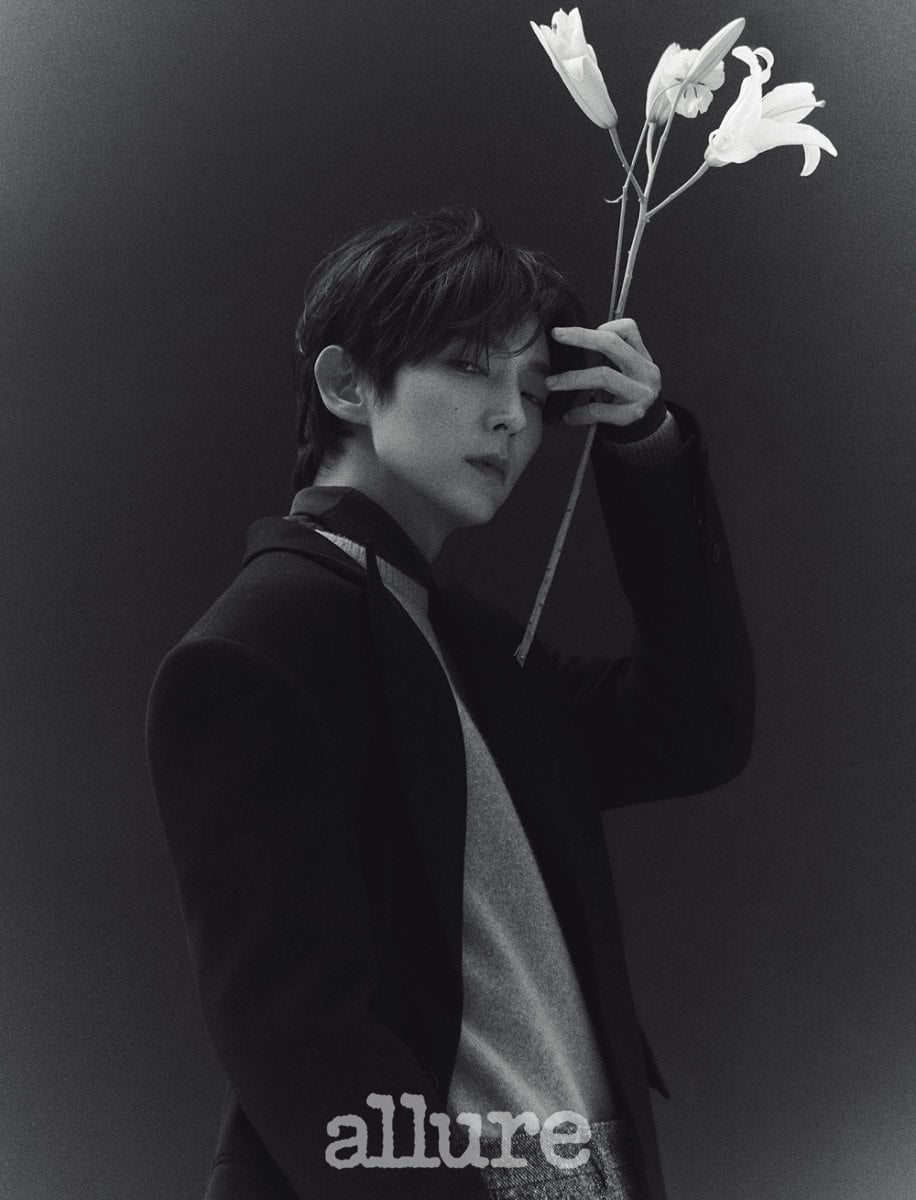 “When I first received the offer for ‘Flower of Evil,’ I wasn’t going to do it,” he shared. “I thought it was too difficult.”

He was asked how he was persuaded to take the part. “The director is famous for being great at what he does,” he replied. “I thought that I wouldn’t be able to convey the depth of the character. I also don’t have experience with a family of my own. The director told me that he had doubts about me at first too but after he watched my previous projects, he became certain that we could show a new side of Lee Joon Gi. He said that although the drama was definitely unique and difficult, it would be special and we’d be able to leave each other with something.”

Lee Joon Gi also talked about feeling like he needs to show something new through his next works. He commented, “Up until now, I’ve been doing at least one project a year, but last year I rested and didn’t even do one. It was because I was scared and burdened over the feeling that I need to show a new side of myself. Works that showcase my strong points could end up seeming like I’m duplicating myself.” He shared that people around him had encouraged him not to take a break.

“After worrying about various things, a year passed by,” he said. “Lately, production takes a long time so projects will slip away if you don’t choose quickly.” He shared that he’s been working hard at looking over projects, but he hasn’t chosen anything yet. 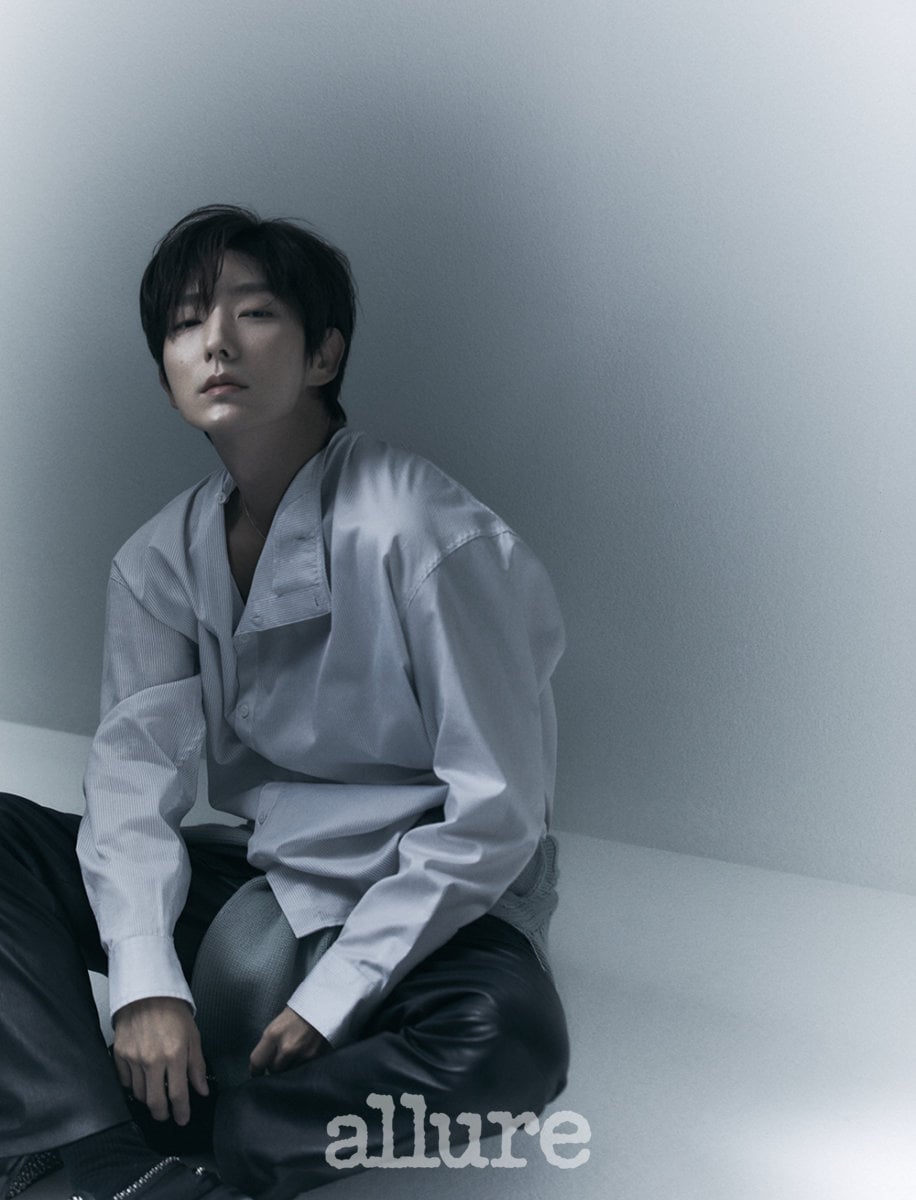 When asked what kind of role he’s waiting for, Lee Joon Gi shared that he was looking to do a romantic melodrama. “I want to show something a bit more relaxed and warm, and I want to do a project that shows a beautiful love when I’m even just this bit younger,” he said.

He went on to say that he’s also become interested in playing a more ordinary character. He explained, “I used to want to always surprise viewers, even if it meant backbreaking work. Now I like loosening up more and more. I think that as I gain experience and get older, I have more of an aspiration for things that are a bit more natural.”

Lee Joon Gi also shared that he gained something during his break. “It might have been a motivation, the deepening of my thoughts, or a broadening of my inner world,” he said.

“I wondered if I may have been too fearful when I was working,” the actor continued. “The more experience I gain, the more fearful I am. I also keep hesitating. I think that was all useless. Now I aim to not be that way. While I was resting, I did jiu jitsu and earned a colored belt. My achievement last year was getting a jiu jitsu belt. The instructor gave me the belt while saying, ‘Thank you for working hard without rest,’ and I felt happier than I would have if I’d received an award.”

The interviewer mentioned that Lee Joon Gi isn’t very open about his private life and asked him if he still has no plans to go on an observation reality show like “Home Alone” (“I Live Alone”).

“I become too unnatural in front of a camera,” Lee Joon Gi explained. “I think people would find it unlikeable, rather than charming. I’ve received a lot of offers for that but I don’t think I’d be able to act naturally. Viewers probably think while they’re watching observation shows, ‘Ah, celebrities are people too!’ For me, I get some comfort when I’m watching them and think, ‘Ah, my colleagues’ lives are not that different from mine. I’m not the only one who doesn’t live like a celebrity!” 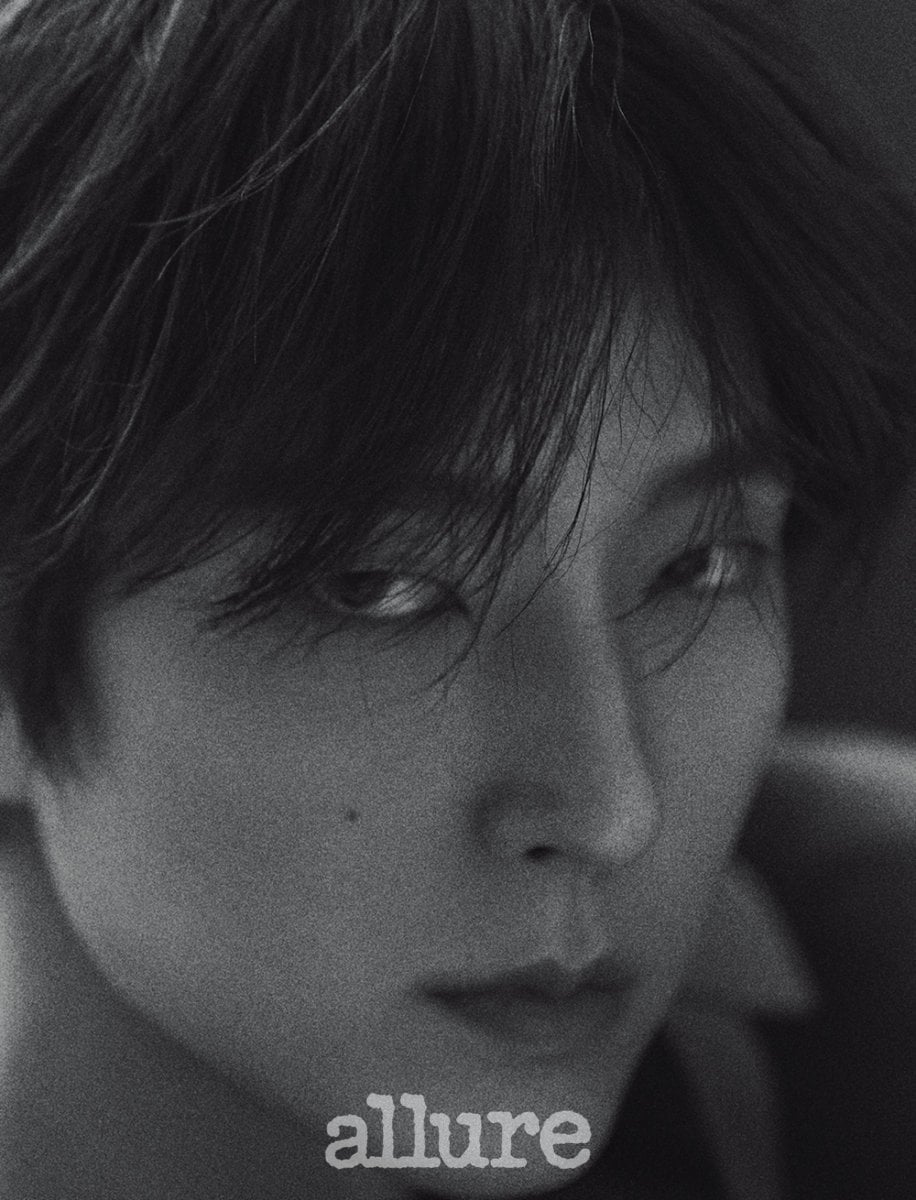 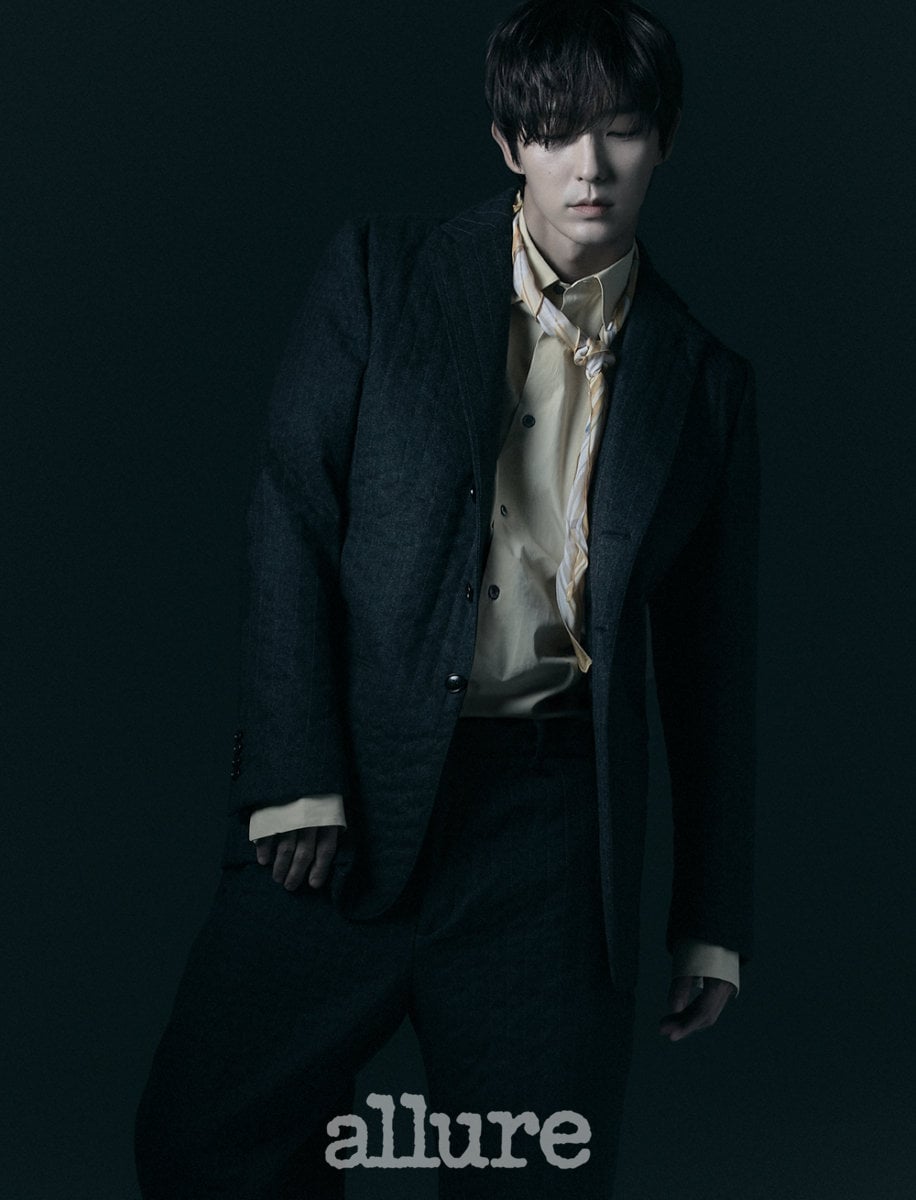 When asked whether he’d rather appear on the talk show “Radio Star” or “Home Alone,” Lee Joon Gi replied, “I’d rather go on ‘Radio Star.’ I like it when someone asks me questions and I answer, and I’ve heard from variety producing directors that I work hard and am honest so I don’t seem like an actor. For ‘Ask Us Anything‘ too, I went on it to help IU and then ended up working hard.”

It was mentioned to Lee Joon Gi that a lot of people have been staying home this year and some have been rewatching old dramas. He was asked which drama he’d recommend from his own filmography.

“There are a lot of fun ones,” he replied. “There isn’t anything that I did half-heartedly. It’s an old one, but I hope you’ll watch ‘Time Between Dog and Wolf.’ ‘Scarlet Heart: Goryeo’ is also good. It’s been popular for four years now, and it has a lot of overseas fans too. When my co-stars do well, it becomes a hot topic again.”

The interviewer commented that all the princes from the drama are outstanding, and Lee Joon Gi replied that the cast included Nam Joo Hyuk, EXO’s Baekhyun, and Kang Ha Neul. “The fans really want a second season, but that casting couldn’t happen now,” he said with a laugh. “Personally, the drama widened my fanbase. Even elementary school students like it. There were also a lot of people who said that they watched ‘Flower of Evil’ and then binge-watched ‘Scarlet Heart: Goryeo.'” He joked, “Am I boasting too much?”

He was told that it’s a good thing for actors to be proud of their work. Lee Joon Gi said, “I really like my projects. There are reaction videos for my works on YouTube too.” He shared with a laugh, “When I have a drink during the evening, I’ll watch those and cry along with the people in the video.” 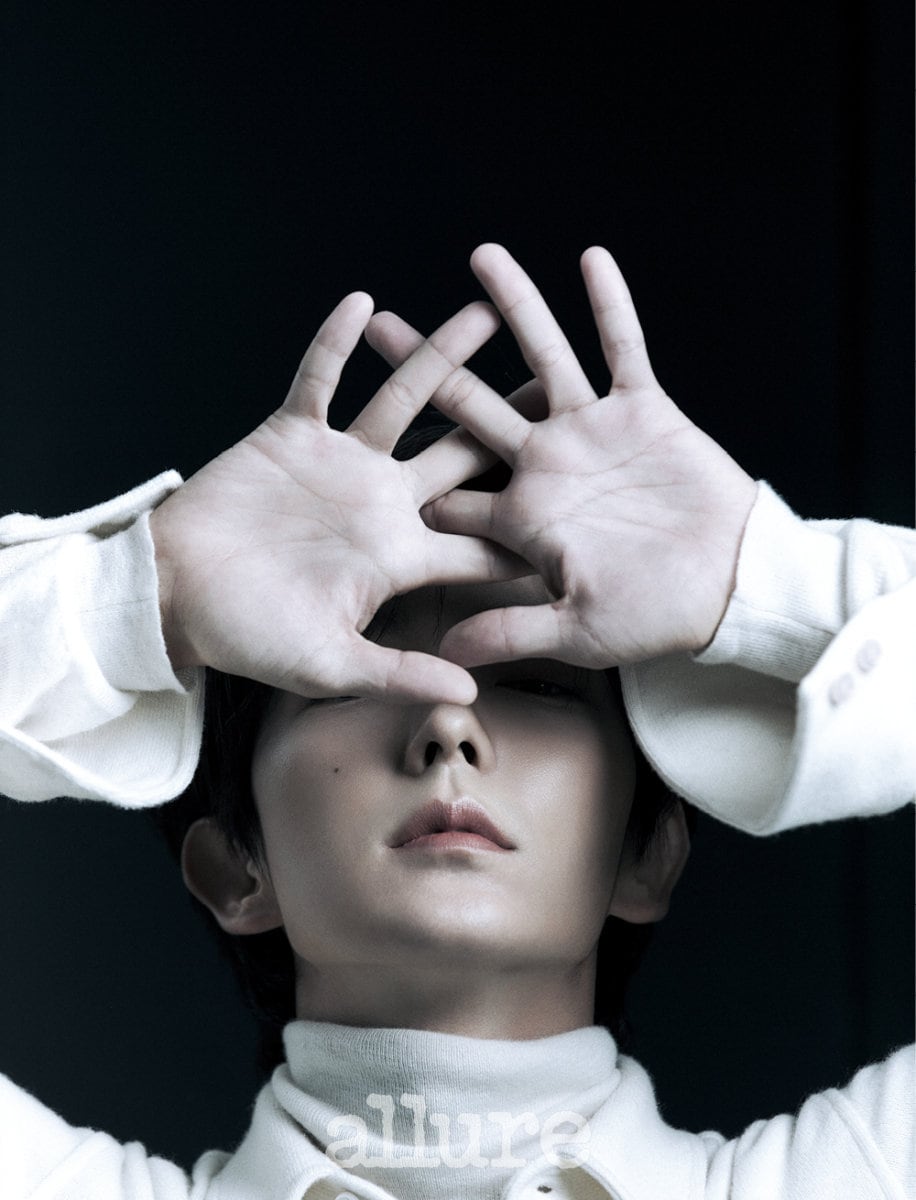 The interviewer laughed and asked if he still dances when he drinks. “Lately, I sing rather than dance,” Lee Joon Gi replied. “I like Kim Kwang Seok’s music. I have five wireless microphones at home. In terms of new songs, I like BTS‘s music but it’s hard to sing along. I just keep singing ‘Blood Sweat & Tears.’ It seems like my own song now.”

Lee Joon Gi is known for his passion and hard work, and the interviewer asked if his motto is still “blood, sweat, and tears.” He replied, “That’s right. It does mean that I do things intensely, but it also means that I give everything I’ve got to whatever I do. It would be impossible to have zero regrets, but that’s how I manage to have the fewest regrets possible.” 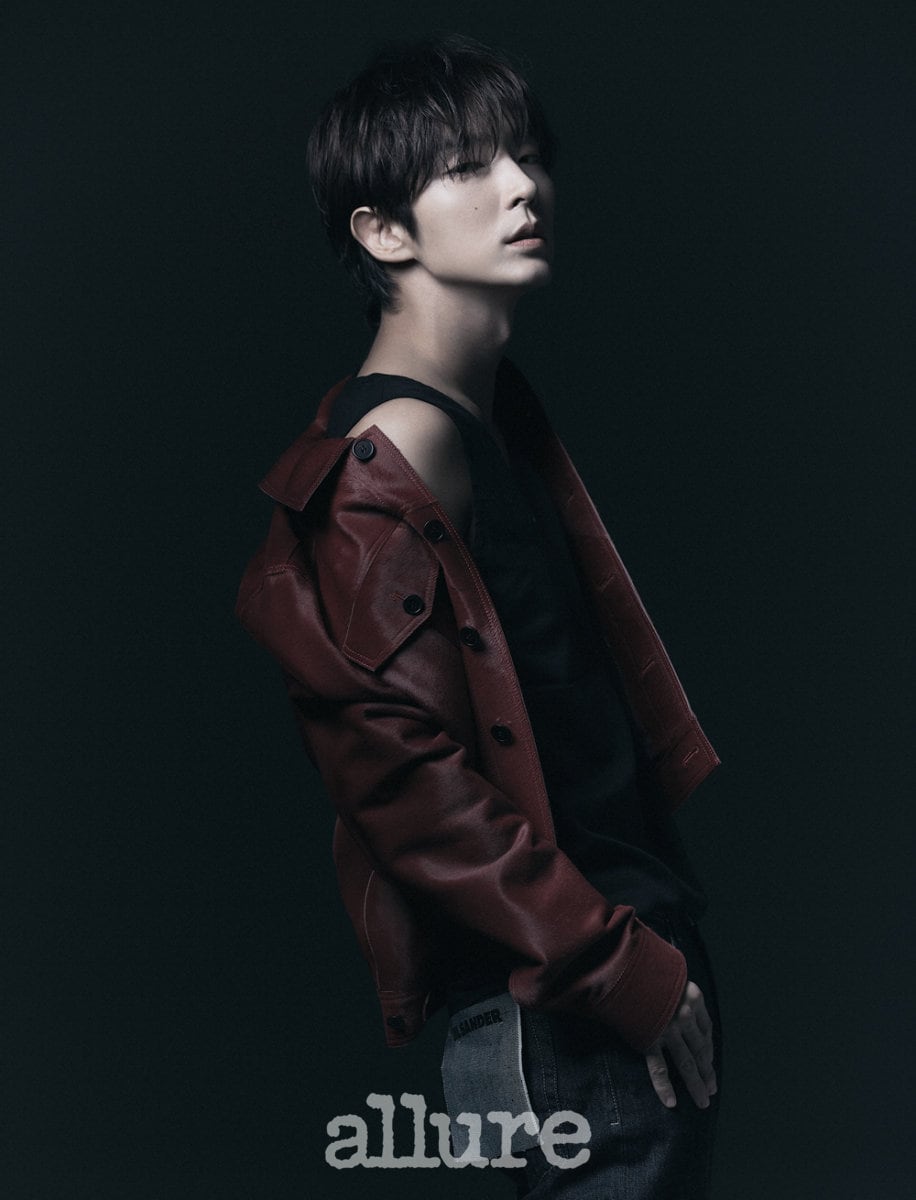 Lee Joon Gi
Allure Korea
Flower of Evil
How does this article make you feel?