Previously, Lee Soo and Kyung Woo Yeon broke up after spending time apart to pursue their own dreams. However, one year later, Lee Soo paid a visit to Kyung Woo Yeon’s workshop, causing viewers to wonder how their story will end.

The new stills preview a meeting between Lee Soo, Kyung Woo Yeon, and their group of friends, who all decide to take a trip together after not seeing each other for a long time. Although the passage of time may have changed them, the group remains at ease as they share comfortable smiles. Jin Sang Hyuk (Block B’s P.O) and Han Jin Joo (Baek Soo Min) sweetly share bites of food, while Shin Hyun Jae (Choi Chan Ho) and Kim Young Hee (Ahn Eun Jin) sit down for a private conversation. 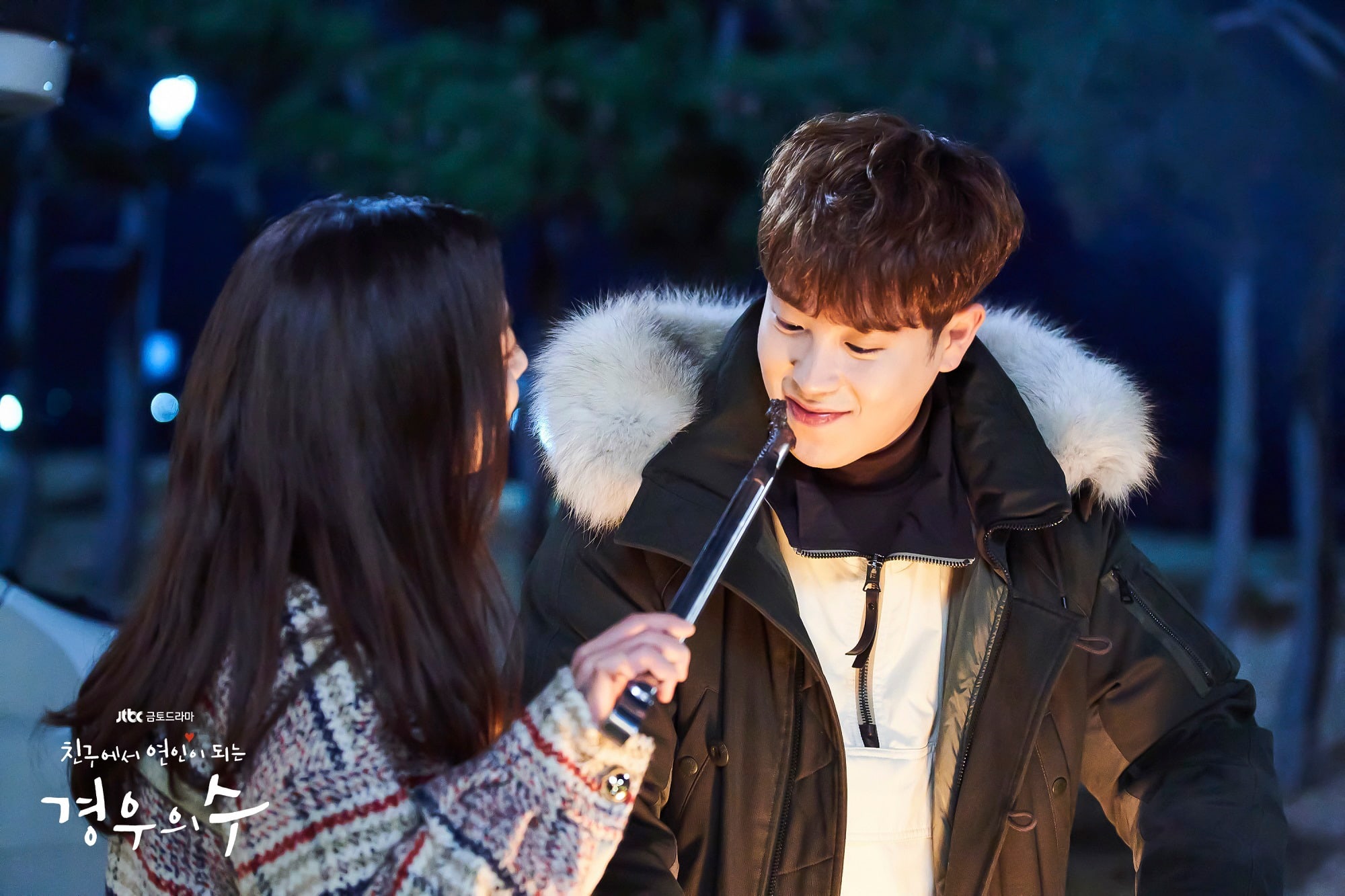 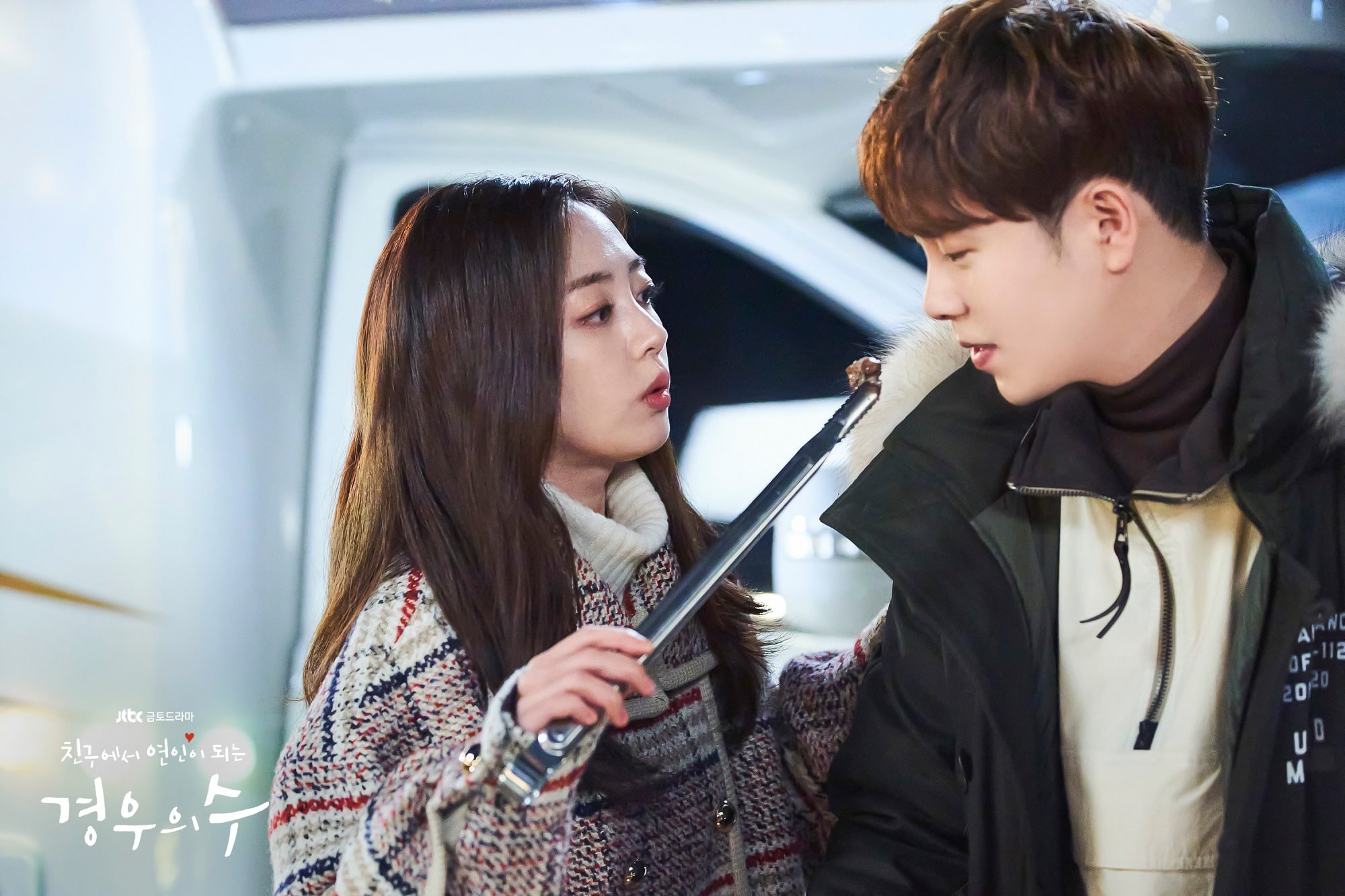 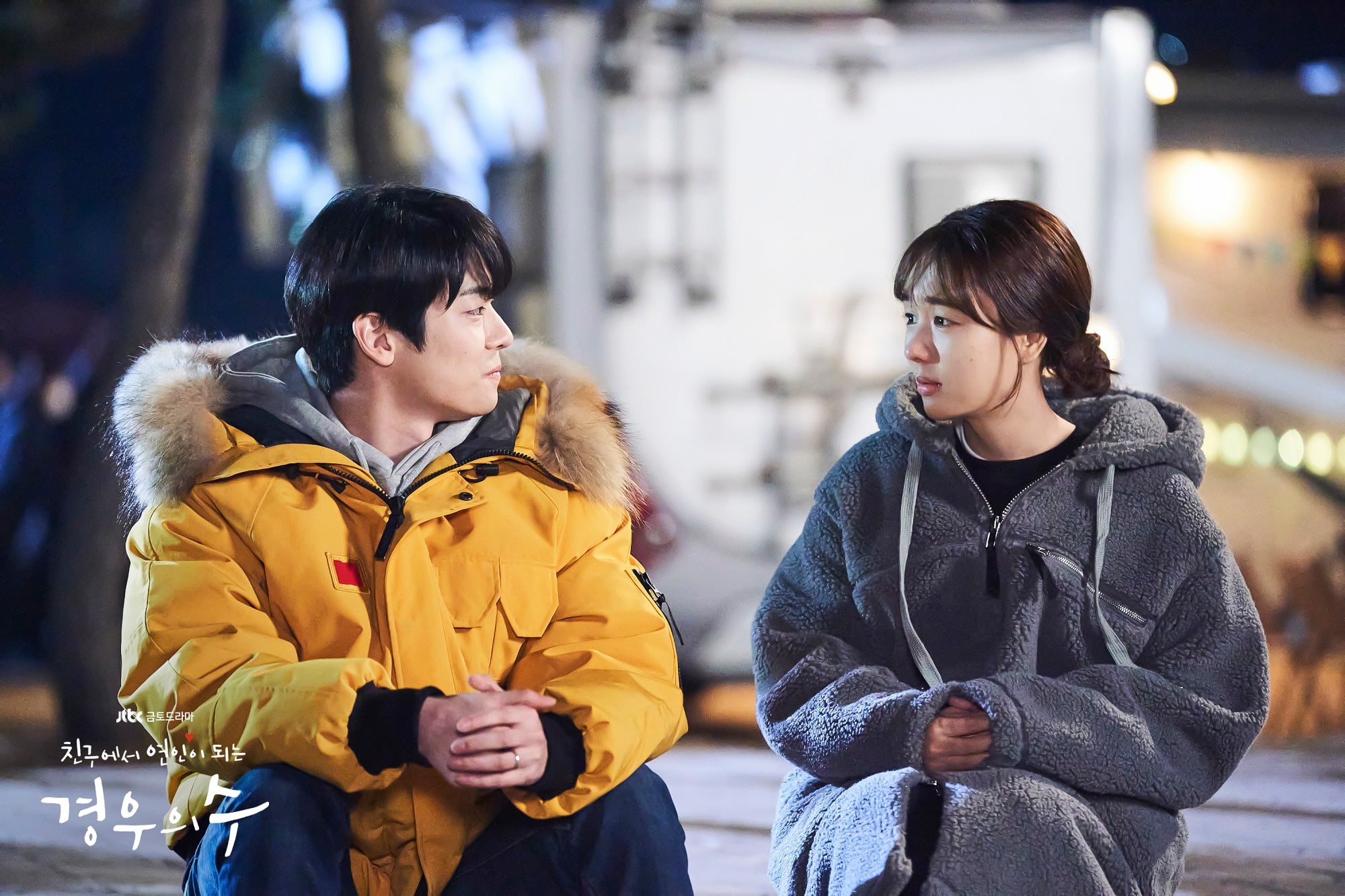 In another still, Lee Soo and Kyung Woo Yeon smile warmly at each other, hinting that things might not be completely over between them. Viewers are looking forward to finding out what new story awaits the friends who have finally reunited again. 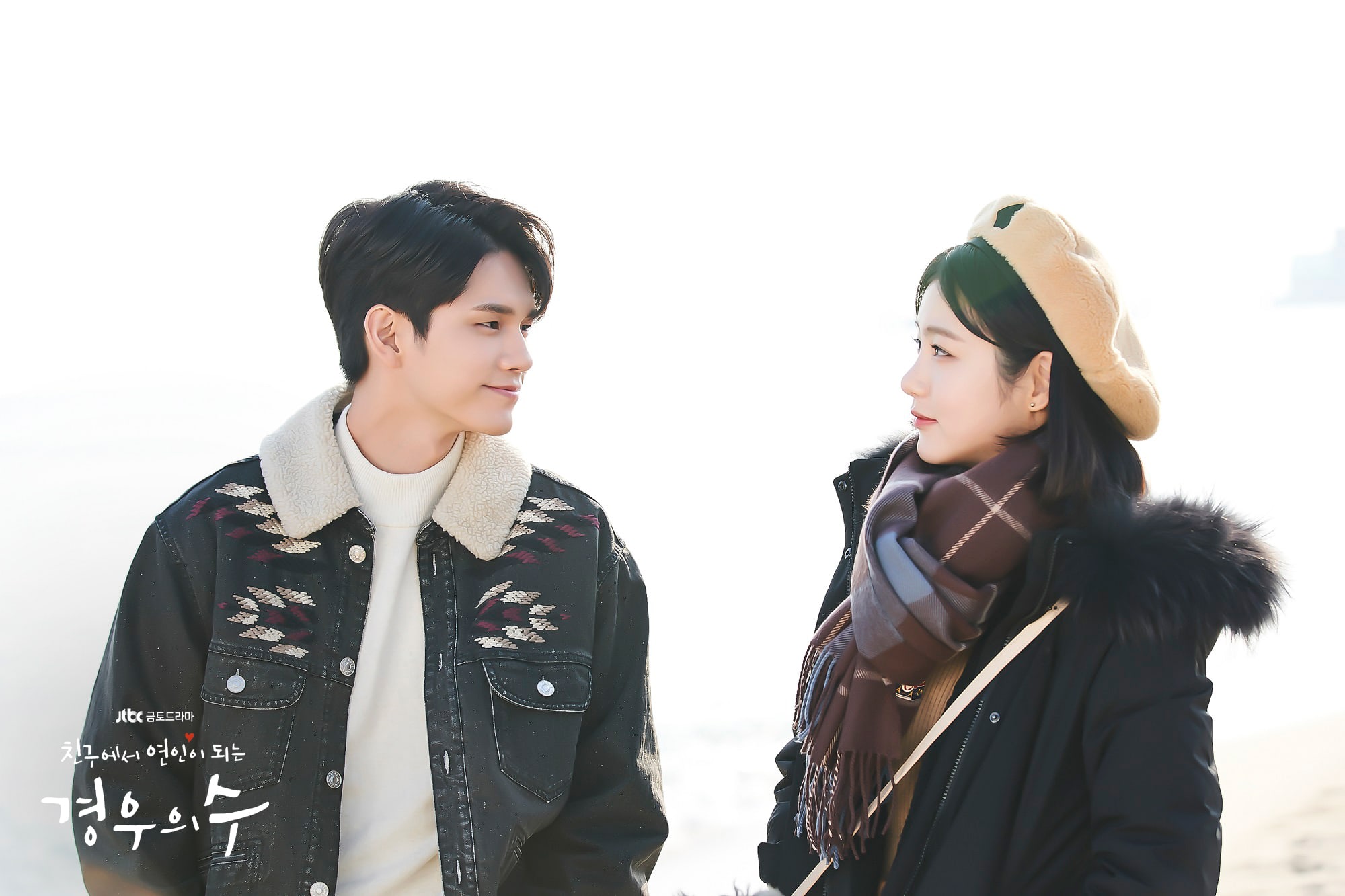 The final two episodes of “More Than Friends” are set to explore how youth grow and mature through experiencing love and farewells. The production team commented, “Keep an eye out to see if Lee Soo and Kyung Woo Yeon will remain as friends or if they will become a couple once more. Please look forward to the authentic energy of youth exuded by Ong Seong Wu, Shin Ye Eun, Kim Dong Jun, P.O, Ahn Eun Jin, Choi Chan Ho, and Baek Soo Min.”

The next episode of “More Than Friends” airs on Friday at 11 p.m. KST.