The series is set in a future in which the earth deals with food and water shortages and a special team is sent to the moon to retrieve a mysterious sample from an abandoned research station.

On November 26, Bae Doona shared videos in her Instagram stories of a coffee truck on set that was sent by Jung Ryeo Won and Son Dam Bi. They wrote on a banner, “Congrats to ‘Doo Na Bae’ on branching out into space!” Another banner on the truck reads, “We hope for the safety of all the ‘The Silent Sea’ cast and crew during filming.”

Bae Doona wrote “Thank you” in English and added heart emojis to the first video. On the second, she put a laughing emoji over their joke about her “branching out into space” and complimented them on their wit. She also showed herself enjoying a drink from the truck. 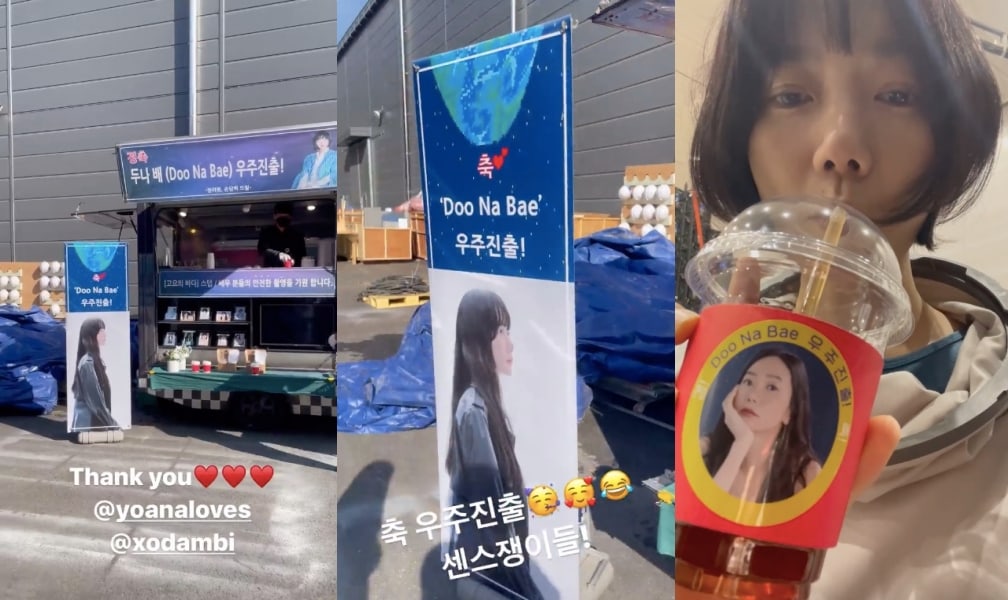