Upcoming KBS 2TV drama “Cheat on Me If You Can” released an intricate character relationship chart!

First off, Kang Yeo Joo and Han Woo Sung are a married couple, and they are linked to different people.

Kang Yeo Joo and her housekeeper Yeom Jin Ok (Song Ok Soon) have a solid relationship based on trust. Cha Soo Ho (Kim Young Dae), a handsome part-time worker at a convenience store, is labeled as someone who could either be Kang Yeo Joo’s stalker or surveillant. The mysterious novelist is also connected to the publishing team and violent crimes unit. 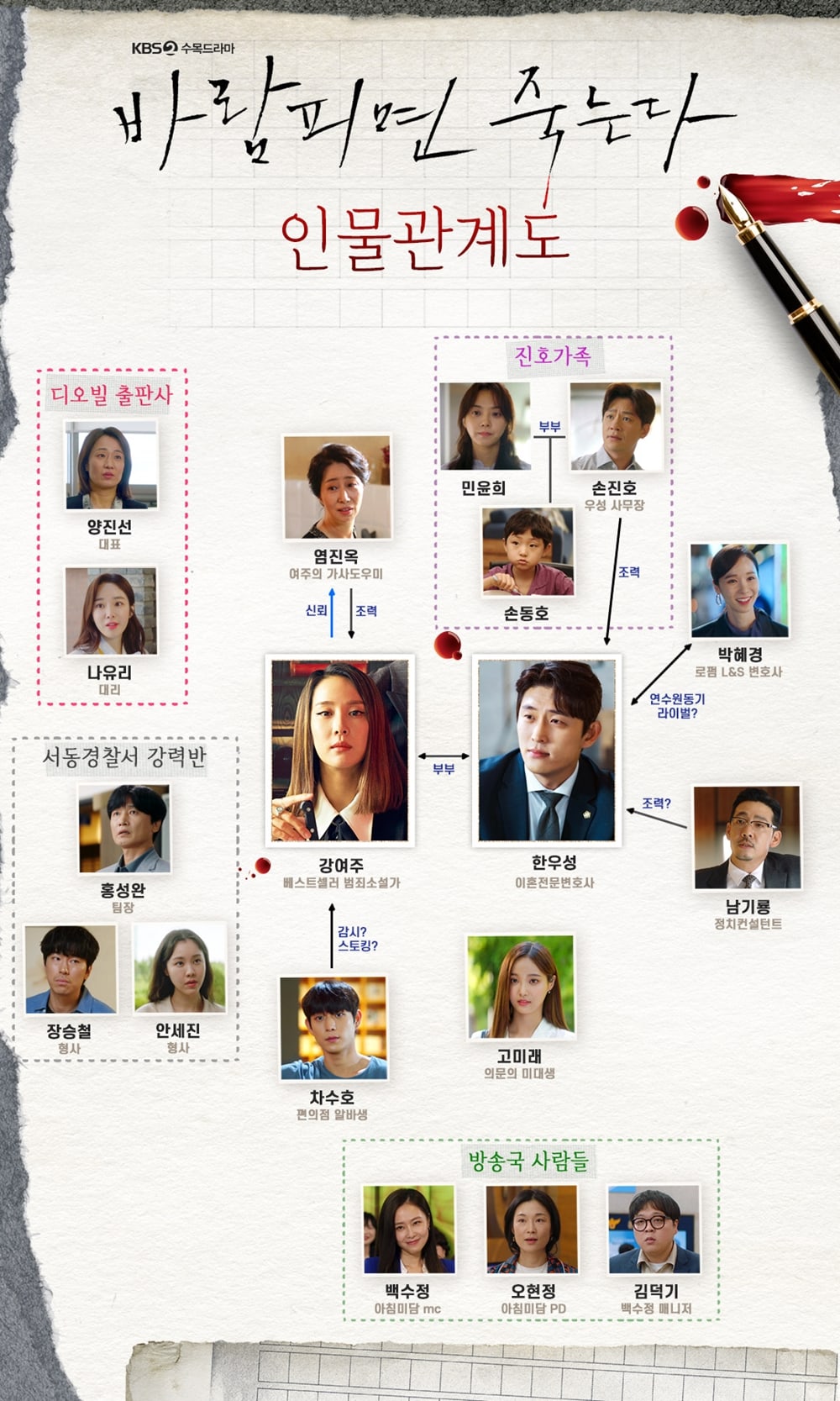 The drama’s production crew promised a thrilling and interesting story and added the cast and crew are doing their best for filming.

“Cheat on Me If You Can” will premiere on December 2. Check out the latest teaser here!

In the meantime, watch Go Joon in “Oh My Baby“: