2PM’s Jun.K is back with his third solo mini album “20 Minutes” and a music video for “30 Minutes Might Be Too Long”!

“30 Minutes Might Be Too Long” is an R&B ballad composed by Christoffer Semelius, Andreas Oberg, and Adrian McKinnon. The lyrics, written by Park Jin Young and Jun.K, describe the feelings of someone who has noticed that their partner’s feelings for them have changed and are desperate to keep them by their side.

2PM’s Jun.K shared a second MV teaser for “30 Minutes Might Be Too Long”!

2PM’s Jun.K has released an intriguing music video teaser for his upcoming title track “30 Minutes Might Be Too Long”!

2PM’s Jun.K shared the track film for his song “Sketchbook” from his new mini album!

2PM’s Jun.K released a track film for his song “Home” off his upcoming mini album! 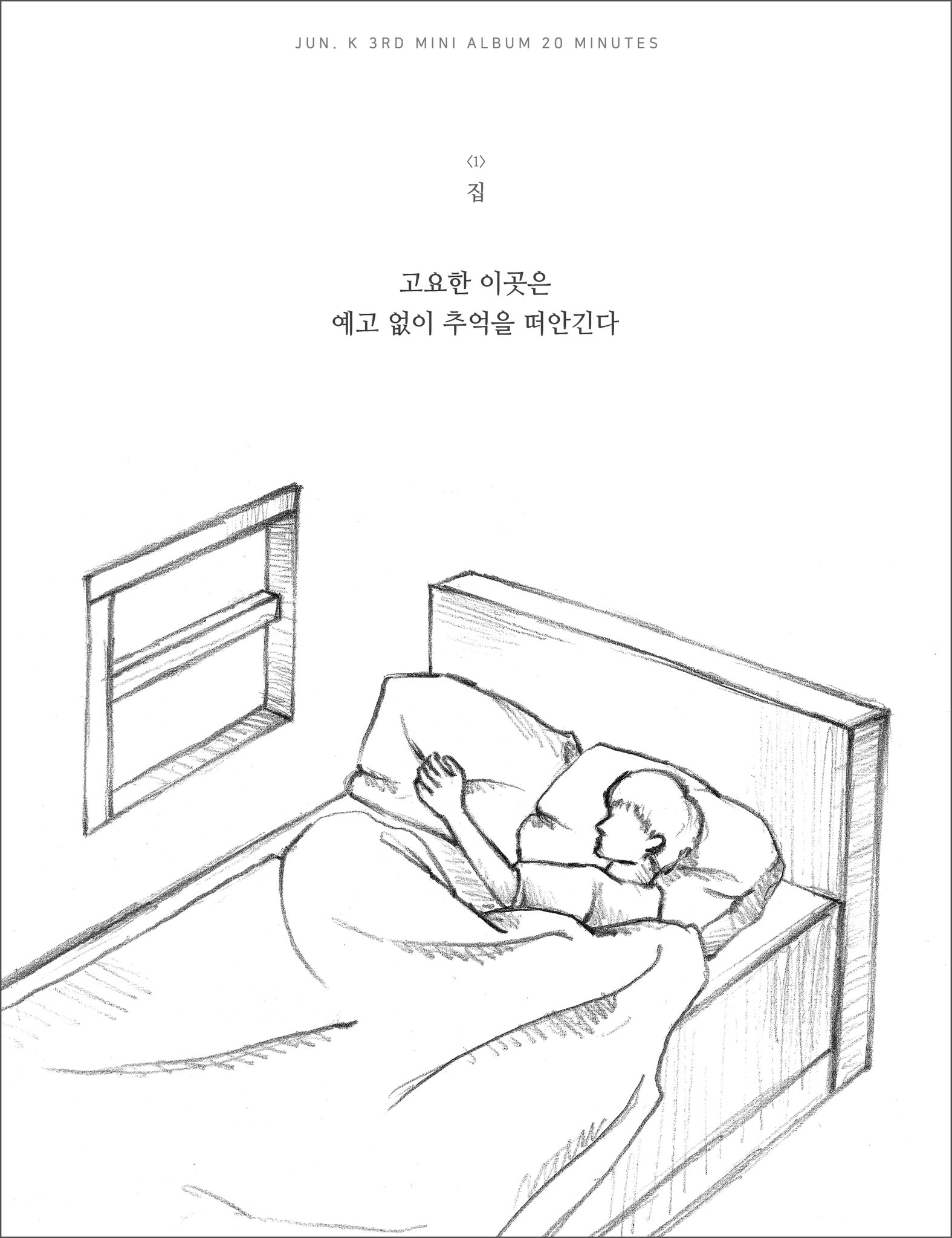 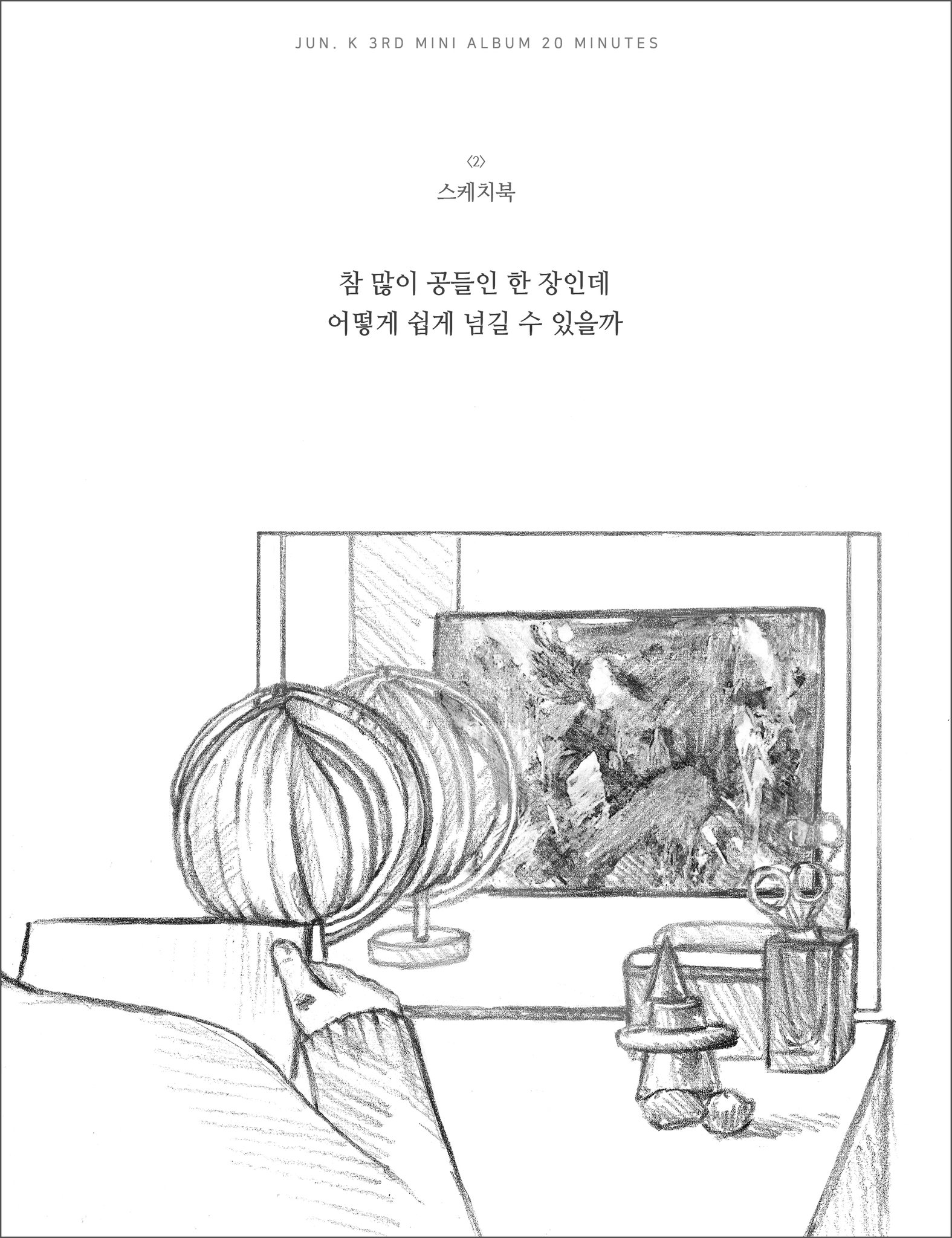 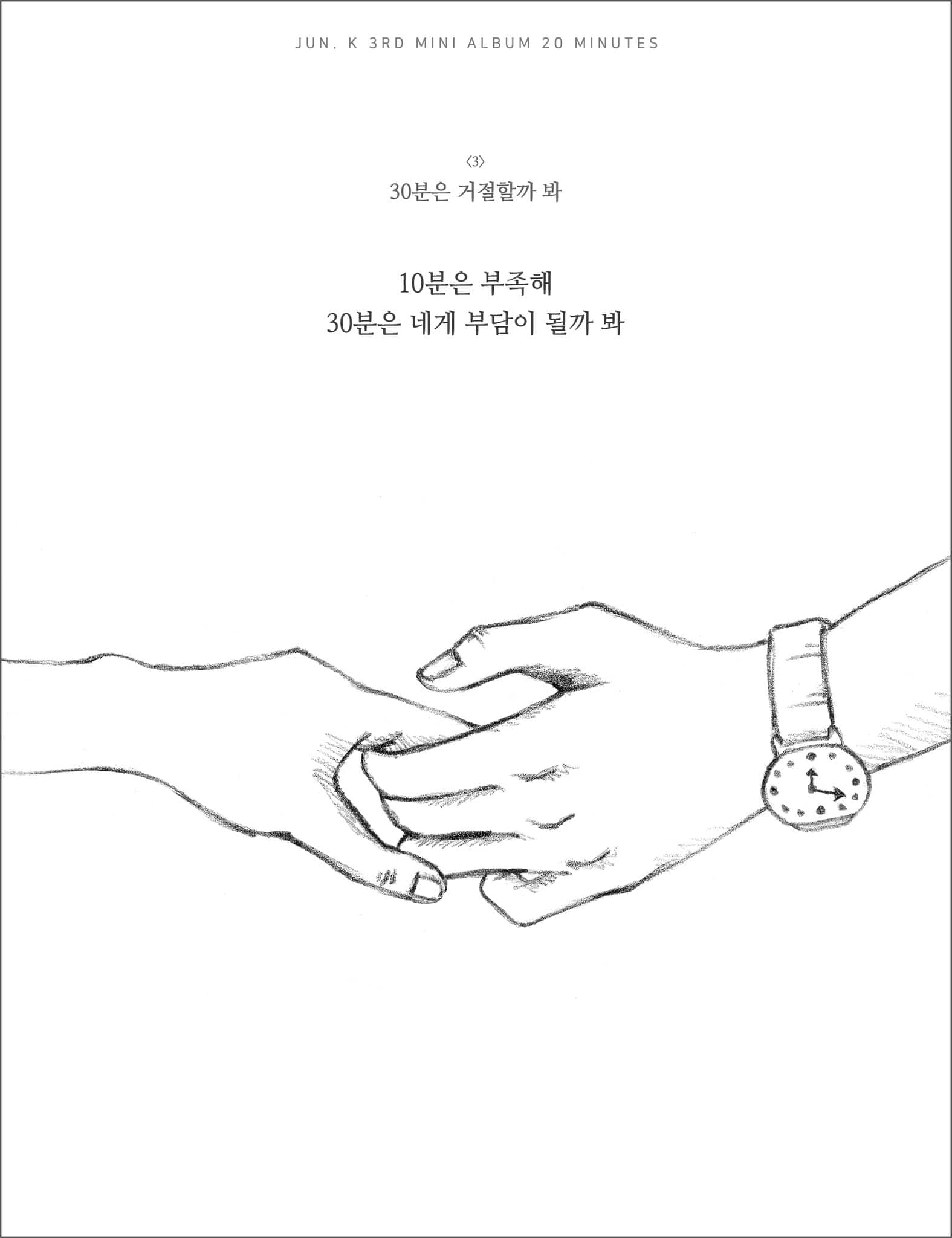 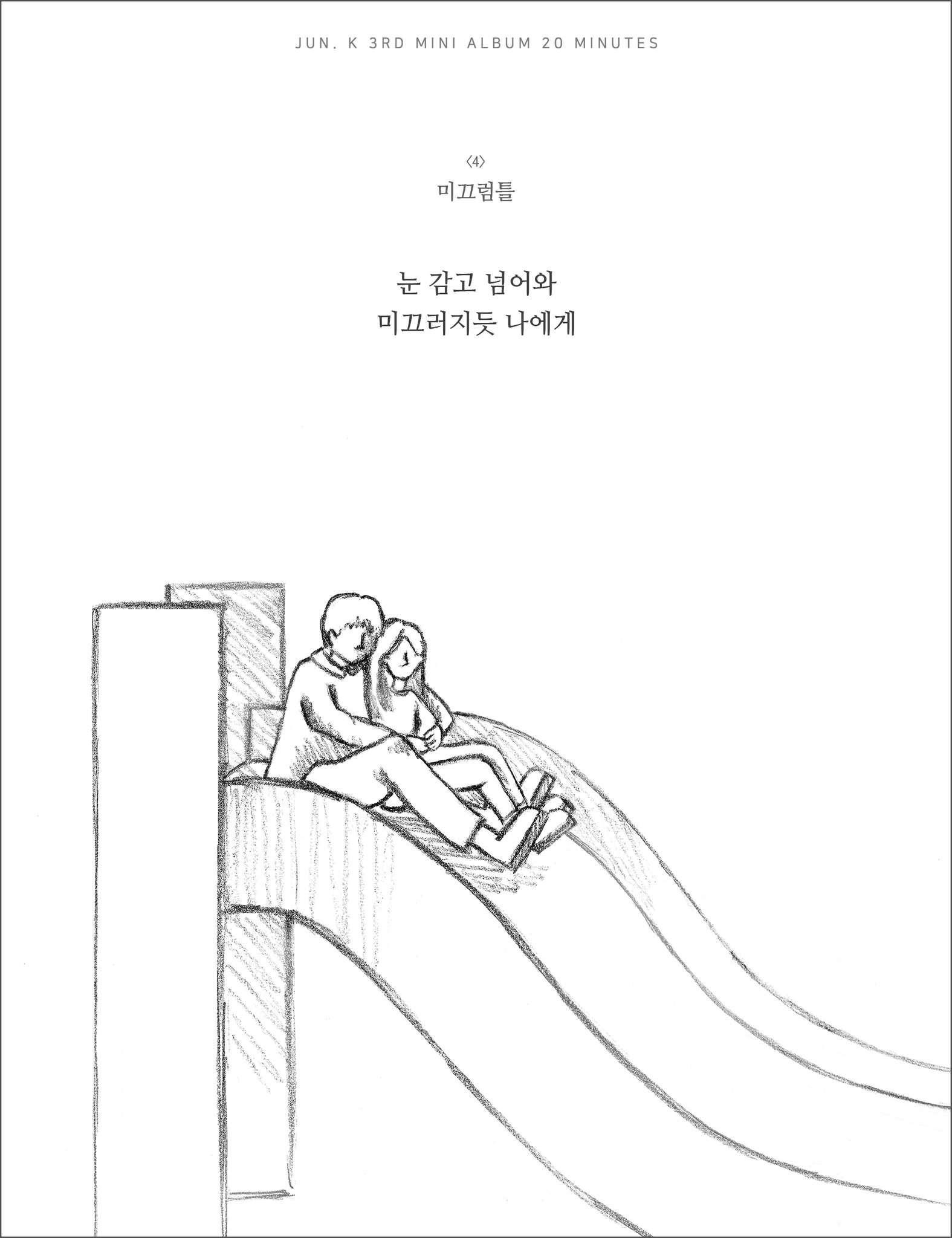 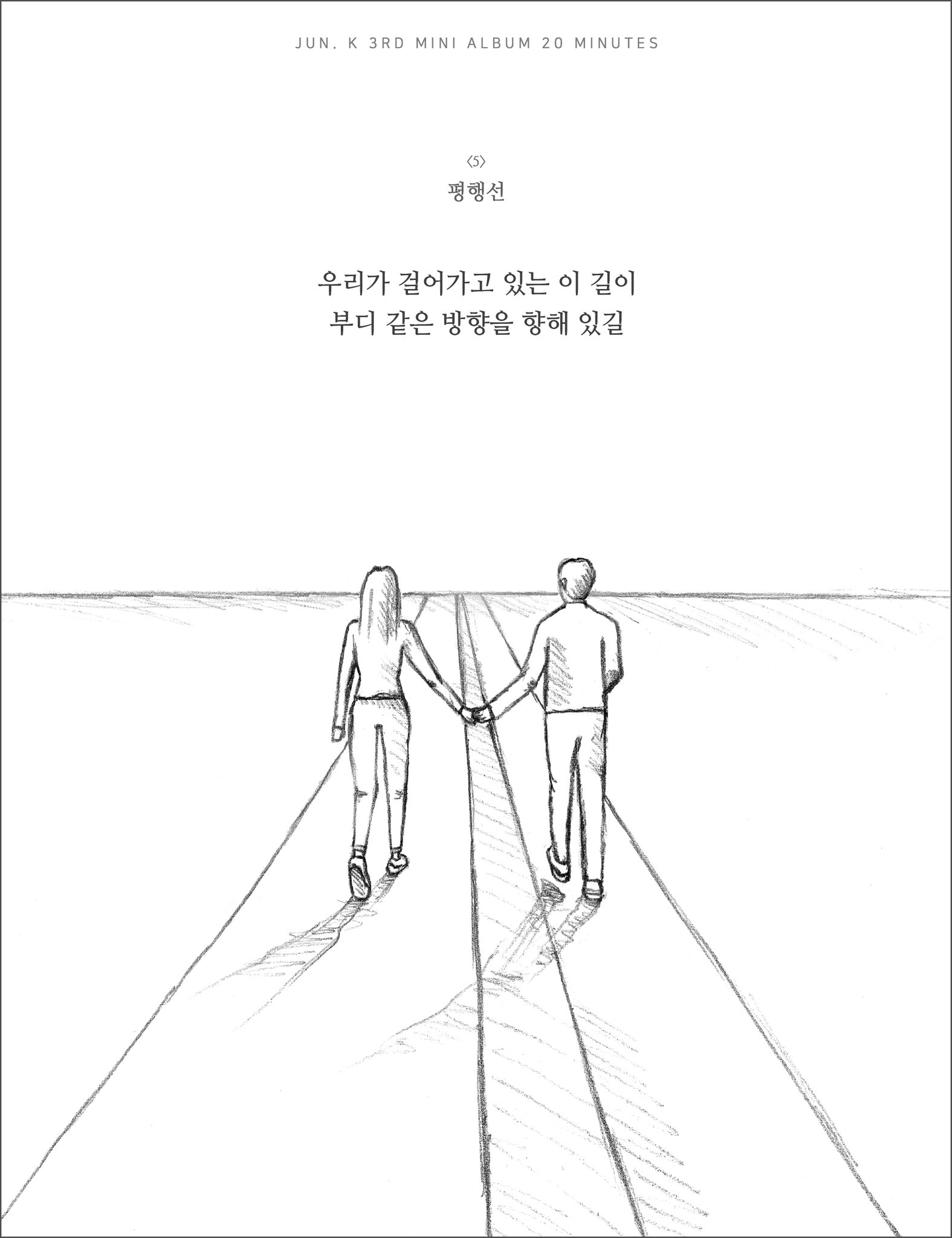 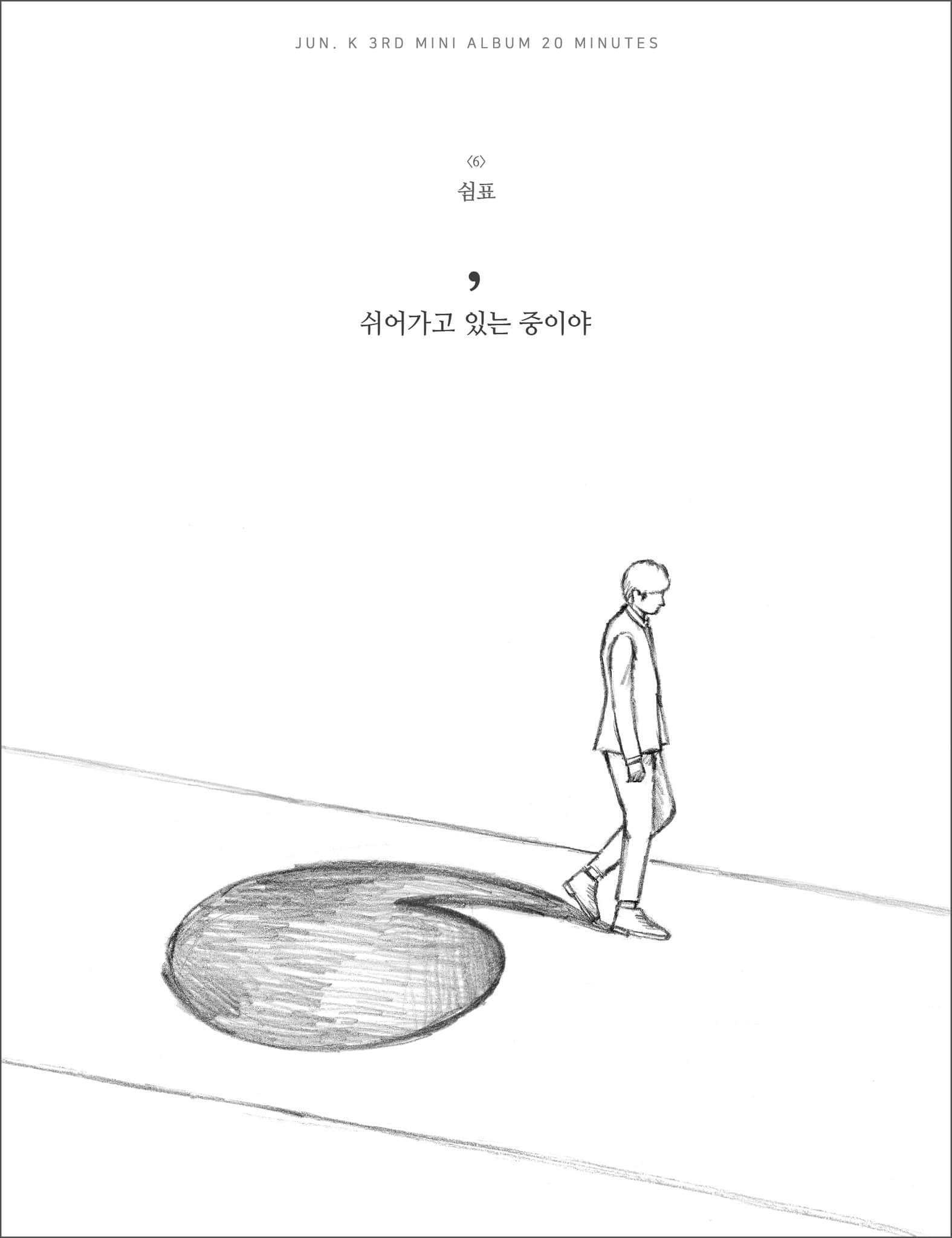 It shows that Jun.K co-composed six of the seven songs on his new album and wrote lyrics for each of the tracks. The title track’s lyrics were also co-written by JYP Entertainment founder Park Jin Young. 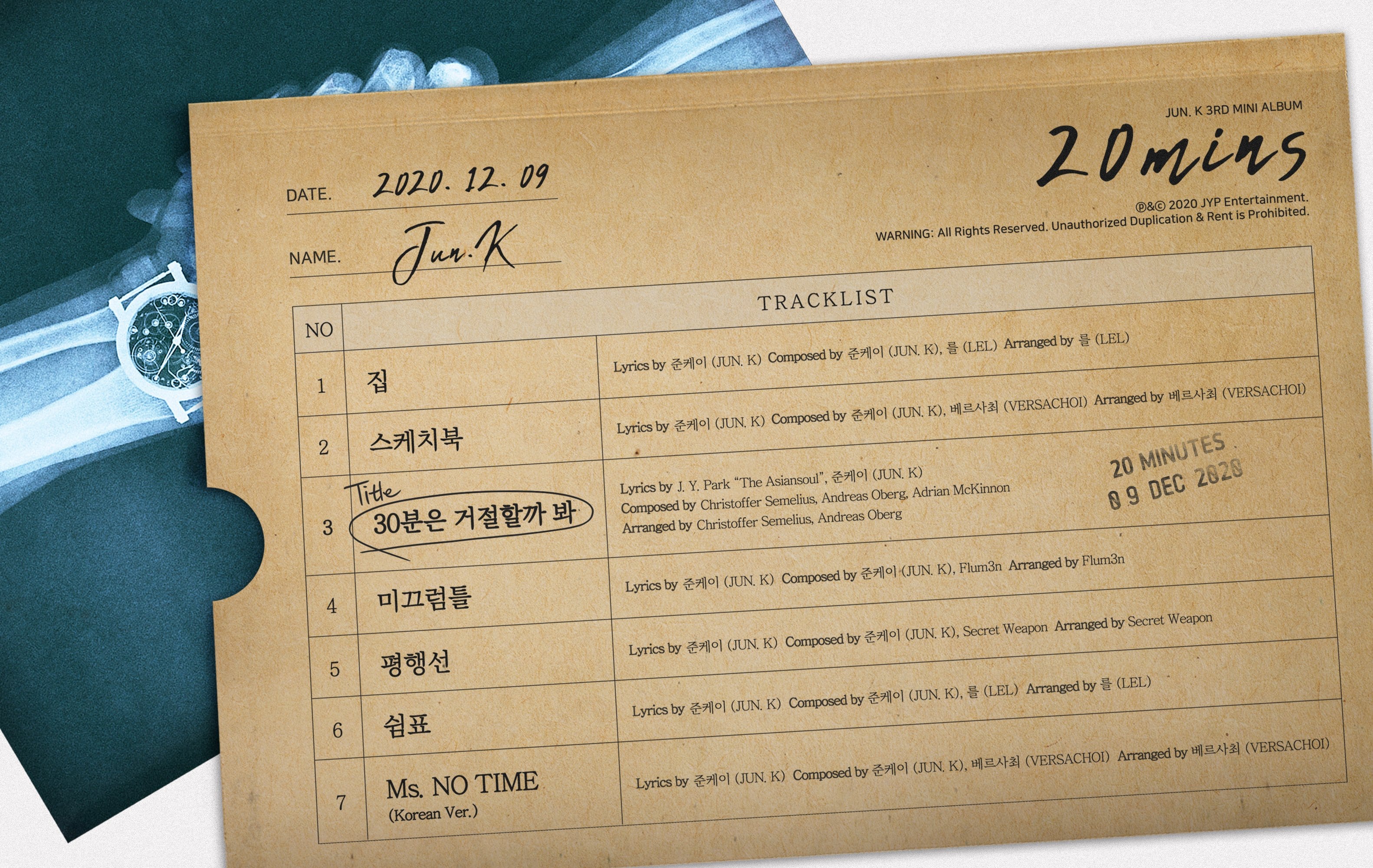 2PM’s Jun.K has shared his first set of teaser photos for his upcoming solo comeback! 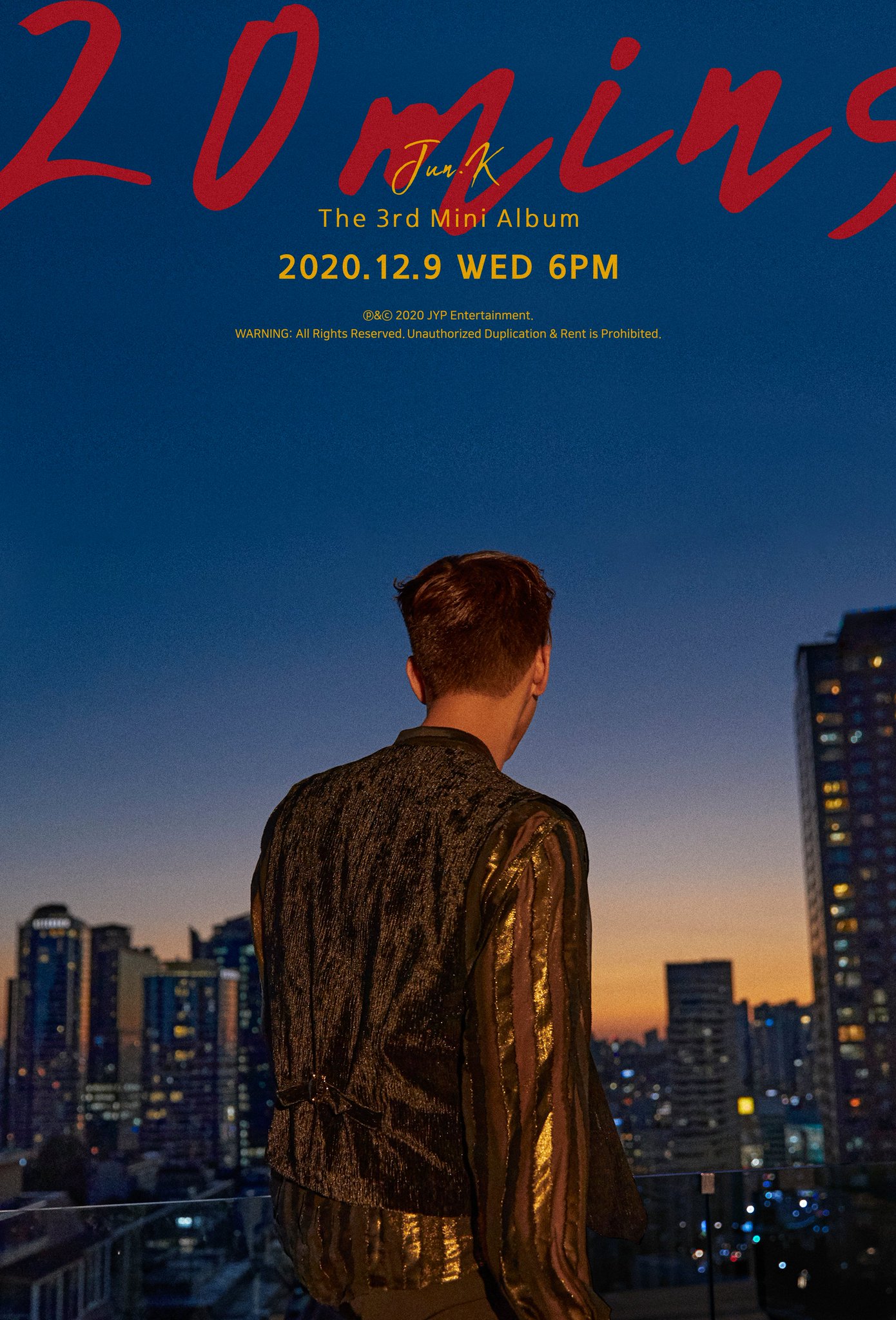 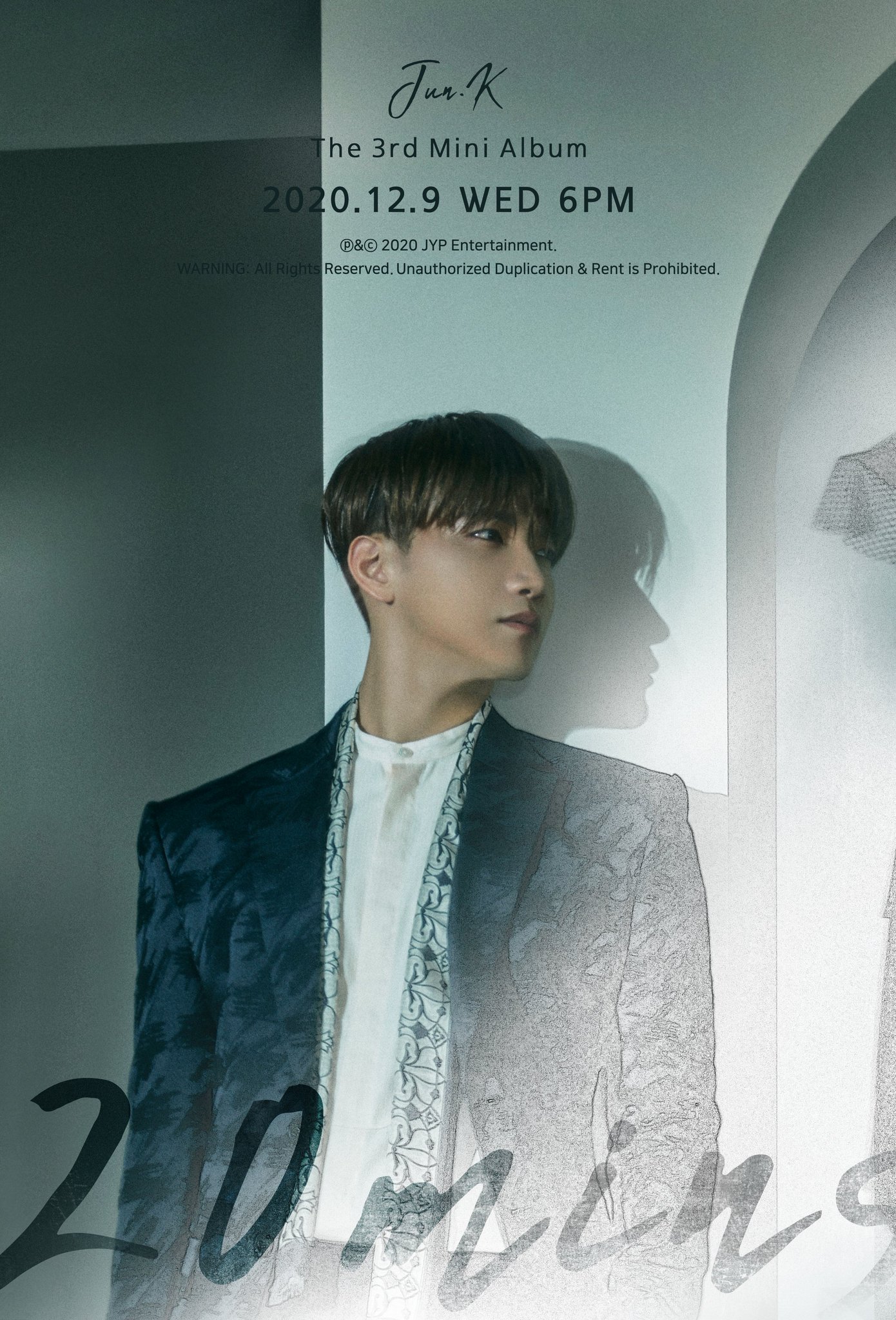 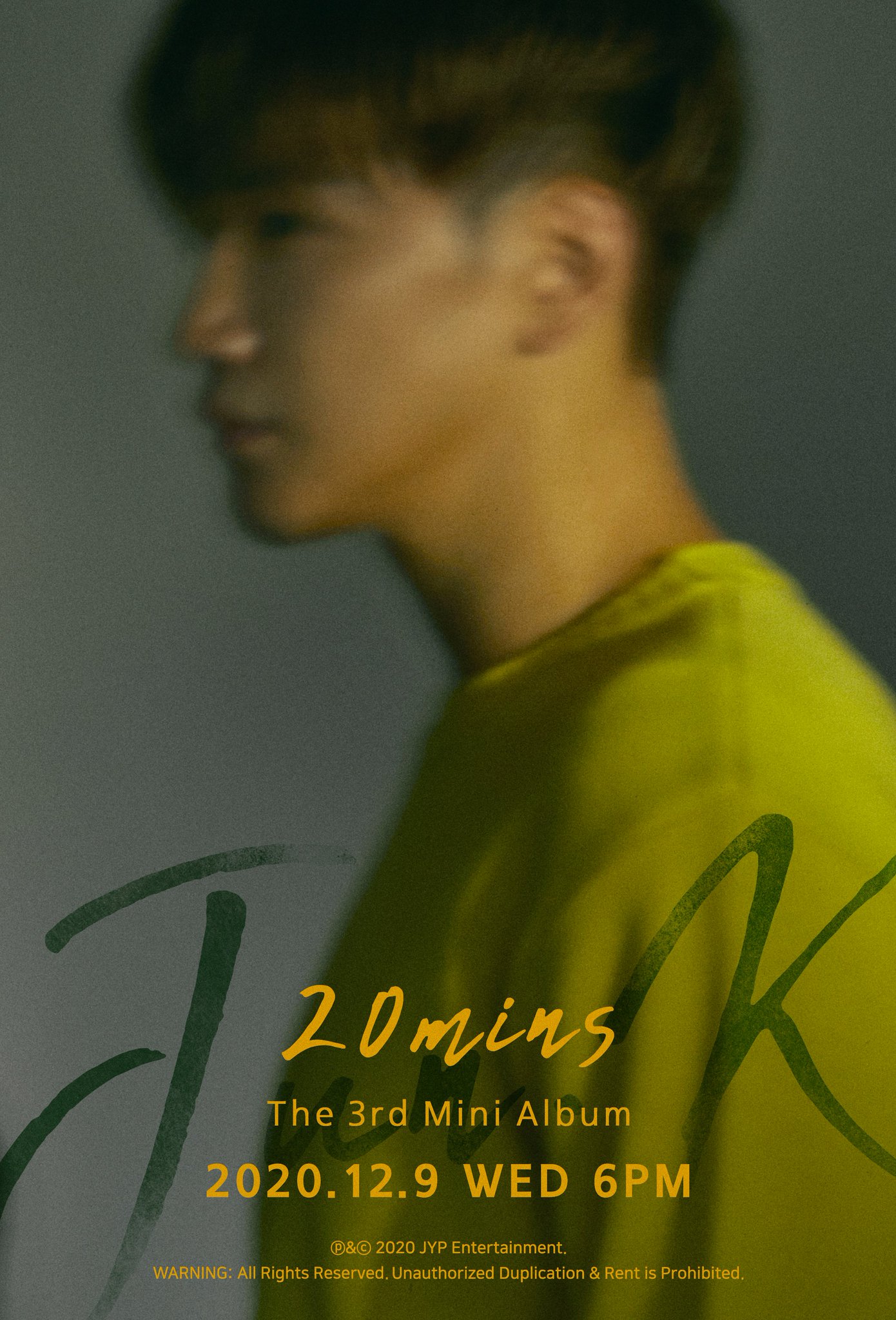 Mark your calendars: 2PM’s Jun.K is making his return!

On November 29 at midnight KST, JYP Entertainment officially announced that Jun.K would be making a comeback with his third solo mini album next month. The new mini album, entitled “20 Minutes,” will drop on December 9 at 6 p.m. KST. 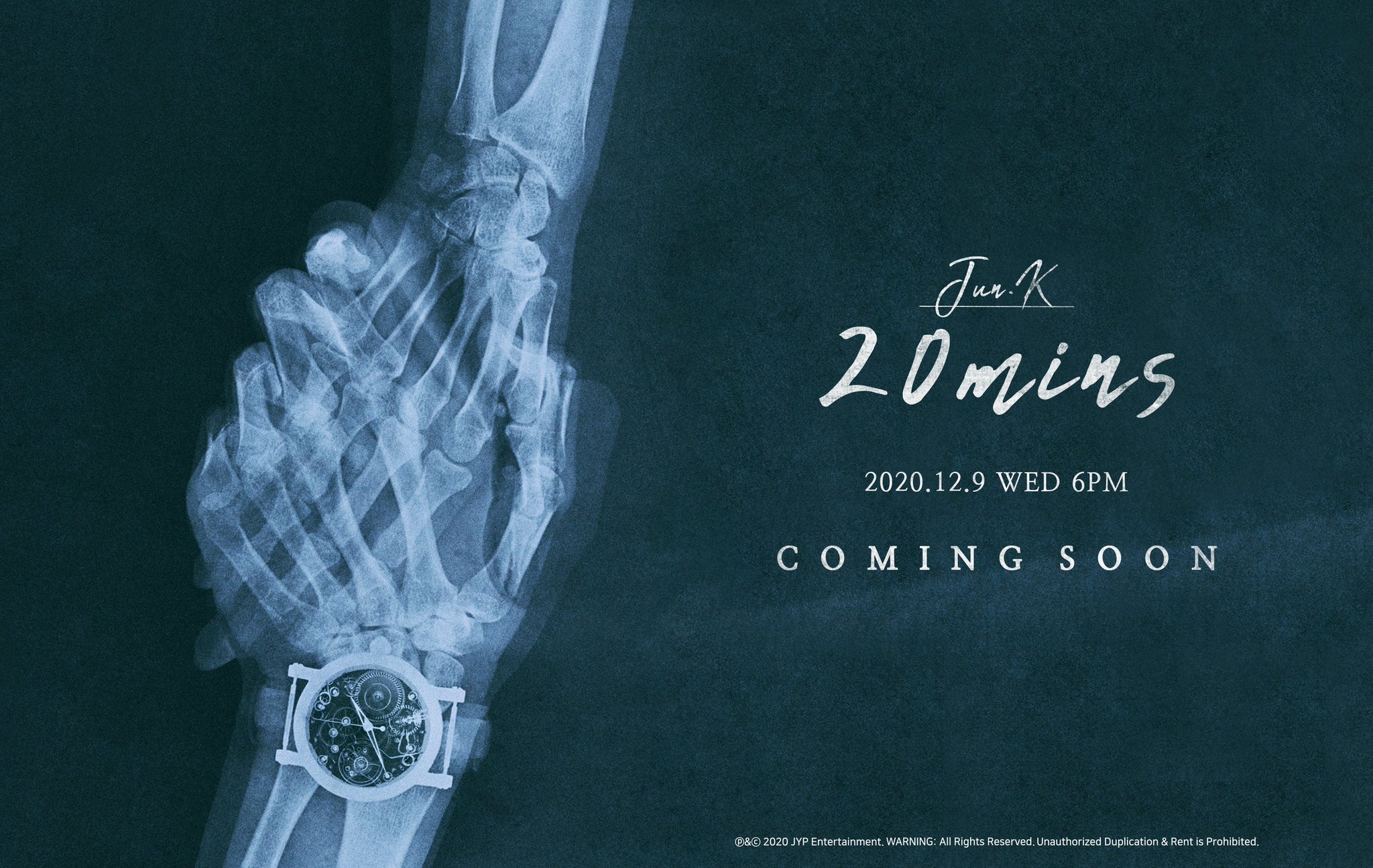 Although Jun.K released the digital single “THIS IS NOT A SONG, 1929” earlier this summer, his upcoming comeback will mark his first new physical album release since his military discharge in January.

Are you excited for Jun.K’s return? What kind of music would you like to see from him for this comeback? Share your thoughts below, and stay tuned for updates!